Thanks to the rich history of the State of Turkey, which extends for centuries, which saw the rise and fall of empires and historical kingdoms, Turkey has become the home of many historical museums full of amazing artifacts and art.

From the famous museums in the Turkish capital Istanbul to the less famous museums all over the country that are no less important than the museums of the capital, here is a group of the most famous archaeological museums in Turkey:

Chora Church, also known as the Chora Museum, is a Byzantine church located in Istanbul, located in the western part of the Fatih municipality, and was previously known as the Church of the Holy Savior. The history of the construction of this Byzantine Greek Orthodox Church dates back to the Middle Ages in the early fourth century AD Chora turned into a mosque in the sixteenth century Ottoman era, became a museum in 1948 and the museum currently has an impressive collection of stunning Byzantine murals.

After you finish visiting the ancient ruins in the historical city of Ephesus or Ephesus, an ancient Greek city founded in the tenth century BC, located in Lydia in western Anatolia, do not forget to visit the archeological museum of Ephesus where more artifacts are displayed, including Relics of the Temple of Artemis, antique sculptures, archaeological fountains, antique coins, and much more.

Saqb Soapunji Museum is located in a beautiful palace overlooking the Bosphorus, and was once owned by the famous Sabunji family. This museum hosts the most famous art galleries in Istanbul. Past art exhibitions at the museum included works by famous artists such as Rodin, Picasso, Monet and Anish Kapoor. This museum also contains artifacts dating back to the Ottoman era.

There is the Zeugma Mosaic Museum, in the Turkish city of Gaziantep and it is the largest mosaic museum in the world with an area of ​​1700 square meters. The museum was opened in September in 2011, most of the mosaic works in the museum are centered around the ancient archeological city of Zugma which was founded by Alexander the Great in 300 B.C., a city that was at risk of drowning in floods due to a dam project in 2000. The most famous mosaic in the museum is the “Roma Girl” mosaic, which is displayed in a dark room and is one of the most popular pieces in the museum.

The Mevlana Museum is located in the city of Konya, Turkey in the center of southern Anatolia, and inside the museum is the turquoise dome of the Persian poet and Sufi tomb of Jalal ad-Din Muhammad Rumi, which is one of the most famous tourist attractions in the Turkish city of Konya.

Topkapi Palace, which turned into a museum later is the largest palaces of the Turkish city of Istanbul, and the residence of the sultans of the Ottoman Empire for nearly 400 years from 1465 to 1856, this palace was built in 1453, and it is a wonderful artistic and architectural masterpiece and you can get to know through Your visit to the palace on the luxurious lifestyle and opulence of the sultans of the Ottoman Empire and see the luxurious wings in the palace with its antiques and jewelry.

The Hagia Sophia Museum is located in Istanbul, Turkey, and in the past it was a cathedral belonging to the Greek Orthodox doctrine and then it turned into a mosque by Muhammad Al-Fateh, then to a religious museum in 1935, and this museum is one of the most famous tourist attractions in a city in Istanbul starting from the red front Characteristic of the building from the outside to the stunning interior design of the museum from the inside with its murals and mosaics, this museum is one of the most prominent examples of Byzantine architecture and Ottoman motifs. 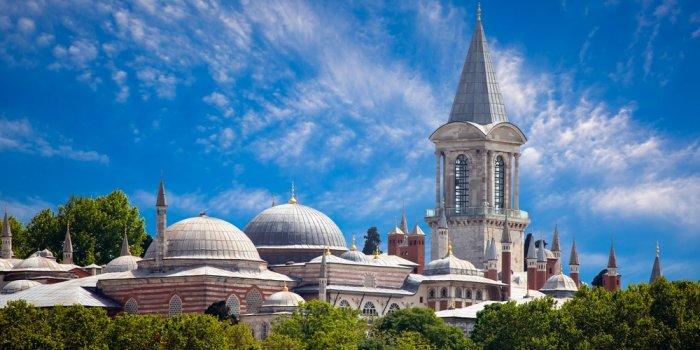 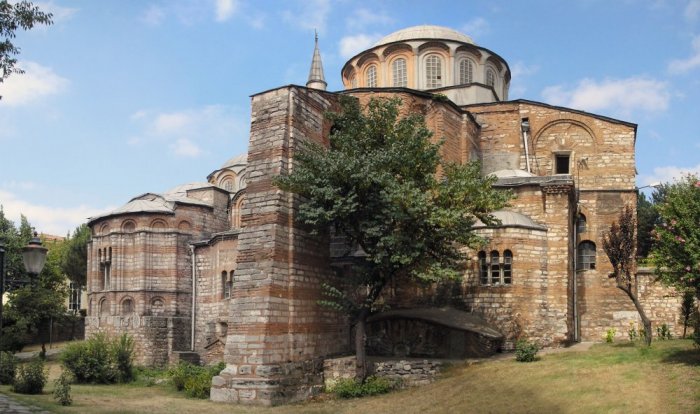 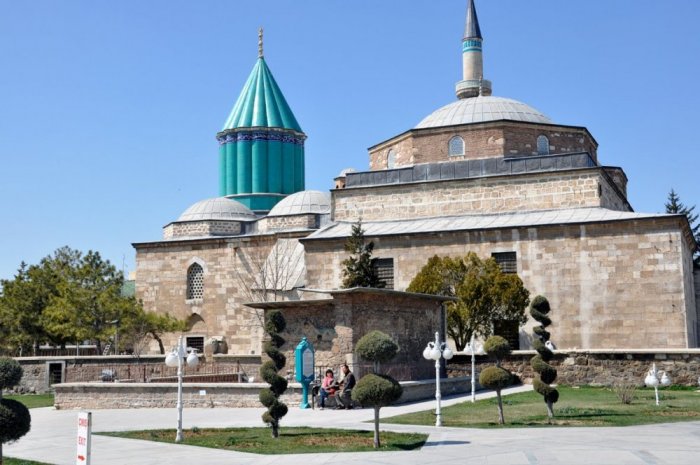 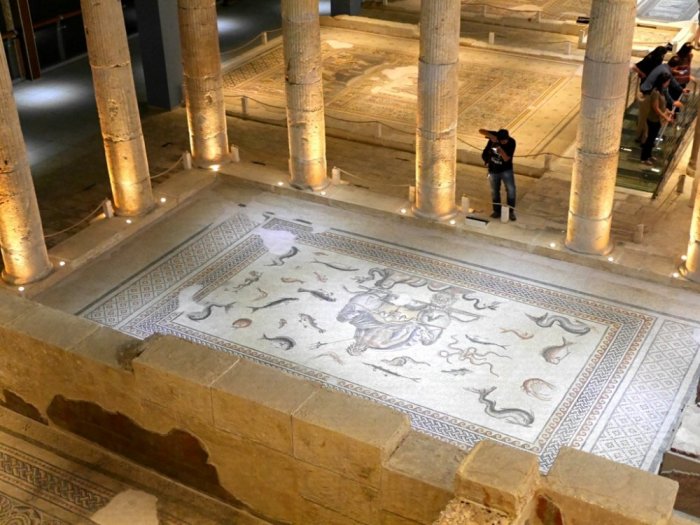 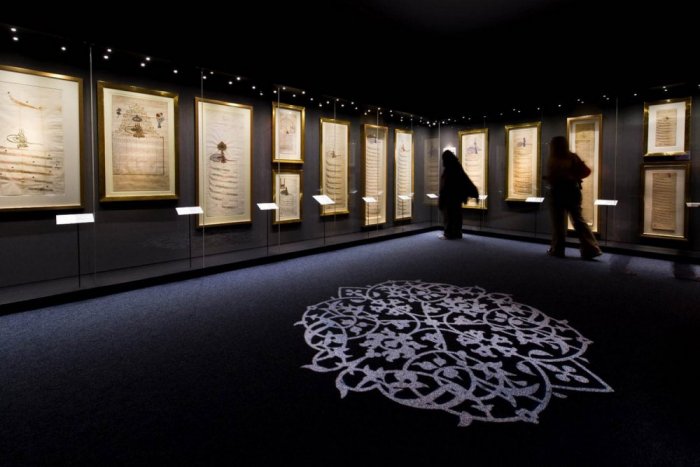 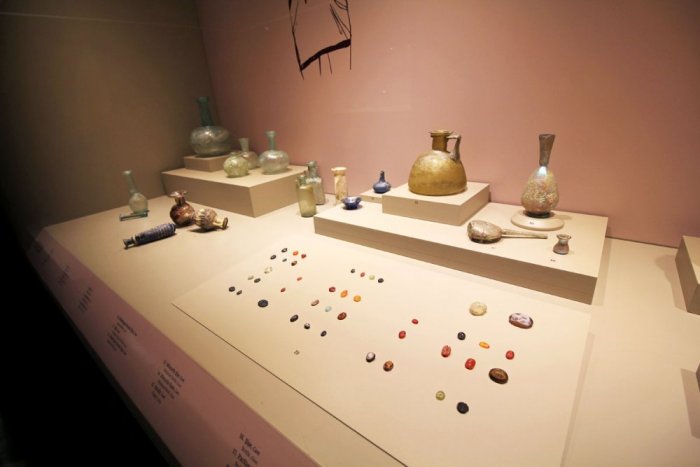 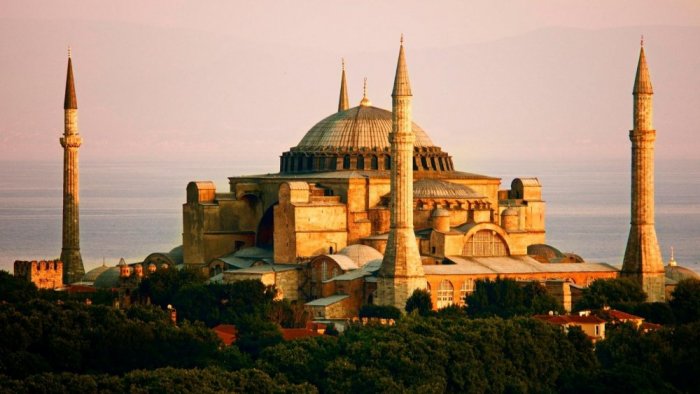 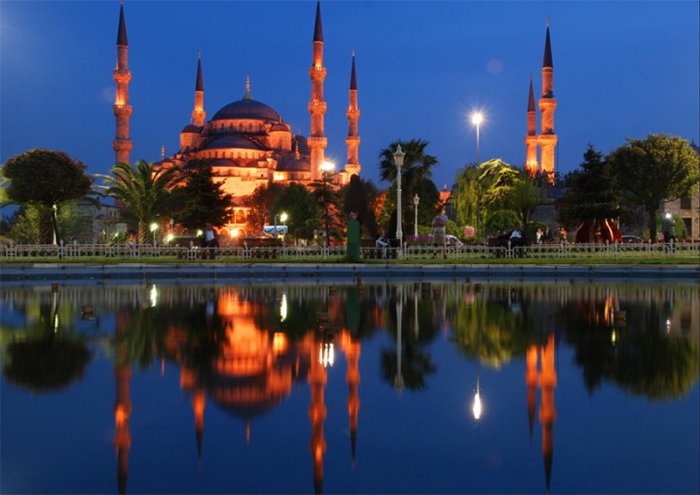