What is the capital of the Republic of Yemen before Sanaa?

Where do I go in Dubai

The most important and famous markets in New York

What is the capital of East Timor

Where do you wander in Japan?

• Faqih Aquarium is located in the Jeddah Corniche area, and it is located specifically at the intersection of the Corniche with Sari Street. Fakieh Aquarium is also an entertainment tourist attraction for the people of Jeddah and Saudi Arabia, and for tourists from outside the Kingdom of Saudi Arabia.
• This jurist Aquarium contains many types of fish and also has a theater on the swimming pool for the establishment of wonderful dolphins shows. The Aquarium jewel hall is also distinguished for its display of the most beautiful and rare species of fish and marine organisms, in a natural and direct atmosphere.
• This is also displayed a variety of coral shapes surrounded by many water basins that contain various types of aquatic life. Aquatic life also runs in a slope in a slope. The visitor feels with it to suggest diving in the depths of the sea. It also has the possibility to see fish in various directions until the visitor arrives At the end of the tunnel, to the sea floor room, where the shipwrecked boats and boats are scattered in an extremely beautiful and beautiful environment.

• Chucky Cheese is located in the Jeddah Corniche, specifically on the Corniche Road, at the intersection with Sari Street. Chucky Cheese is one of the great entertainment places in Jeddah. Chuck Cheese contains a large number of electronic games, as well as bowling and skiing games, as well as indoor and outdoor sessions overlooking the sea.
• Festivals and events on holidays and holidays are held in Chekki Cheese, and a number of MBC3 personalities visit, but the phone number is 0096626062608.

• Ice Land is located in the city of Jeddah, in the Al-Zahra neighborhood, specifically at the intersection of Prince Sultan with Al-Batterjee Street. Ice Land is the first specialized entertainment center suitable for all ages. The Abs Land Center contains a large number of electronic games, also contains bowling in addition to skiing. The Ice Land Center consists of three floors, with each floor containing restaurants, cafes, and clothes, gifts and toys. As for the phone number, it is 0096626626666 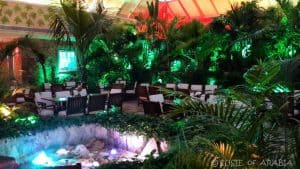 • Atallah Park is located in the city of Jeddah specifically on the Corniche road, overlooking the sea. The Atallah Park is a suitable place for anyone looking to enjoy all day long. Mothers can also celebrate in the hall designated for restaurants and electronic games with their children inside the park. As for the phone number, it is: 0099662 6991189

It is located in the city of Jeddah, in the Al-Salamah district. The masterpieces of libraries are an ideal place for every mother who wants to celebrate with her young children, as there are closed family halls dedicated to celebrations and the provision of meals and tickets for children’s games. The location-specific rates vary depending on the invitees. The amusement park also varies between water games and games that develop children’s intelligence, such as construction and installations. As for the phone number, it is: 6827730 009662

• Art Time is an amusement and comprehensive theme park. Fun Time theme park includes a hall for families celebrations, it also offers delicious pizza meals for children and adults, and free tickets to play. As for the phone number, it is: 6543880 009662

Lacosta is located in the city of Jeddah, specifically it is located on the Jeddah Corniche. Lacosta has private closed sessions overlooking a lake extending from the Red Sea coast. Lacosta serves delicious seafood and various Arabic dishes. The family can also rent one of these rooms to hold a family party. As for the phone number, it is: 6225444009662

• Al Shallal Theme Park is one of the most well known adult and children’s amusement parks in Jeddah, which is located on the Jeddah Corniche. The waterfall includes vip sessions dedicated to celebrations, and ticket prices range between 10 and 15 riyals. As for the phone number, it is 6076982 009662

• Al-Shiraa Island is located on Jeddah Corniche, and it is distinguished for its swimming pools suitable for children. As for the phone number: 0096626991000

The most important modern landmarks in the Emirates

Where is Mount Victoria located?

The best sights in Croatia Zagreb

The 6 best activities at Khan Shater Entertainment Center in Astana