The most important cities of Azerbaijan

Baku, the capital of Azerbaijan, is adorned with hillsides that are built on it, and it is one of the three most famous capitals in the Caucasus region, along with the cities of Tbilisi in Georgia and Yerevan in (Armenia). Located at the meeting point of Europe and Asia, Baku has a vibrant, refreshing and sunny winter climate in December that makes it a popular destination for Christmas and New Year celebrations or to plan dream holidays with families. You can visit The most important cities of Azerbaijan Brilliant users of tourist programs in Azerbaijan.
The city looks like a surreal artistic painting that combines the ancient past and the amazing global present, and therefore caravans of tourists from every deep ravine come to it. (Baku) is a major center for technology, science, culture and industry in Azerbaijan, and it is also a popular destination for shopping. Do not miss the opportunity to try local cuisine, as poultry and meat occupy a privileged position. Baku is a leading tourist destination in the Caucasus region thanks to the glittering skyscrapers and the distinct infrastructure in the style of major international cities (the skyscraper, the amazing flames that stand as tall as the mountain), and the proud and proud heritage sites.

The coolest attractions and activities in Bucca:

• Take a walking tour to Baku’s Old Town and discover the most magnificent attractions such as Maiden’s Tower, Dianakhana, Qasr Al-Sherwan Shah, beautiful mosques and tall minarets.
Take a stroll downtown and tour the Tizi Bazaar, a local bazaar packed with local and seasonal products.
• The flame towers are one of the legendary architectural buildings of the city in the modern era. I spend some time at the waterfront in downtown Baku, which offers the best fireworks displays during Christmas and New Year’s Day.
• The fire mountain, “Yanar Dag” – is one of the wonderful hills on the outskirts of Baku, and is known for its natural fire.
• The many mud volcanoes on the outskirts of the city, which gives Azerbaijan the title of “the land of mud volcanoes” in a well-deserved way.

Sheki is one of the most beautiful and interesting rural areas in Azerbaijan, surrounded by picturesque mountains from all sides. It is also one of the ancient cities of Azerbaijan, located on the foothills of the Caucasus Mountains against the backdrop of the snowy Alps. It abounds in a rich array of activities. The city also features architectural, cultural, historical sites, craftsmen, baklava for saliva and handcrafted souvenirs in addition to its friendly people. The Sheki tour is the best opportunity to learn about the history of Azerbaijan between the fifteenth century and the eighteenth century by visiting the caravan boxes (buildings and palaces that were built as houses for hospitality on commercial roads) and (Sheki Khan Palace) and other monuments.

The coolest sights and activities in Sheki:

• Do not miss the opportunity to learn about the rich history and culture of Azerbaijan by visiting the medieval castle, Sheki Khan Palace and the Museum of Local History.
• For mosques, Islamic schools, handicrafts, workshops and local bazaars.
The medieval Chinaz Tower, Gillersen-Gersen Fortress, ancient Albanian churches and many stunning architectural monuments.
Wander through the charming streets of Sheki and discover the picturesque frescoes, ornate Persian gardens, stained glass, and an amazing fire road.

Gabala is a mountain city in Azerbaijan, 225 km from the capital, and it lies between the embrace of deep valleys and high mountains. Tourists are amazed by its monuments that embody history and culture from different eras, and it is distinguished as an ancient city with a picturesque nature. Spring is the best time to visit it, as it is covered with a wonderful green suit, lush shades, and you will love the ripe trees and the awakening of nature. Gabala also represents the largest entertainment city in Azerbaijan and covers an area of ​​16 hectares, and is full of attractions such as XD theaters, skiing, karting, sports stadiums and delicious food. Thousands of tourists flock to the city every year, and include tourist attractions in Gabala, river valleys, famous chestnut forests, Russian forests and many charming villages, and the city hosts various festivals and musical events such as the jazz festival, maqam, international music festival and many, many other delights.

The city of Kanjah is the second largest city in Azerbaijan and contained inside it a treasure hidden under one of the three surrounding hills in the region. It is distinguished by its rich cultural, natural and historical heritage dating back to 494 BC, and it is visited by tourists from all sides. The most famous tourist attractions in Kanjeh include beautiful vineyards, beautiful forests, clear rivers, lagoon lakes, and amazing mountains, also known for its many mineral springs and the unique medical oil of Naphtalan.

The coolest attractions and activities in Kanjah:

• No experience comparable to the magnificence of attending the celebration of Nowruz to interact with the beauty of Azerbaijan’s culture and traditions.
• The city of Kingja includes “Bottle House”, a two-storey building, decorated with 50 thousand bottles, a stunning place worth visiting.
• Be sure to visit the Kanja Market, where you can buy and eat natural foods.
• Learn about the unique monuments of the city of Kanjeh, especially the Nizami Cemetery, the Friday Mosque in Kingj, and other landmarks.
• The city celebrates the yoke and dense oak forests; you can stroll along the steep banks of Lake Guigol, ideal for family picnics, swimming and public sightseeing. 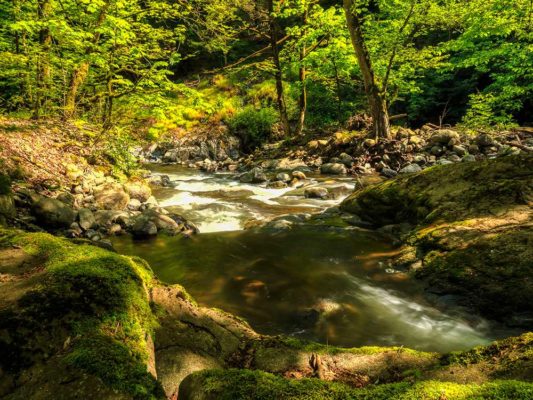 It is located in the southeastern part of Azerbaijan, overlooking the Caspian Sea. It is a charming subtropical resort, and thanks to its wonderful architecture, delightful climate and stunning scenery, Denar is one of the most beautiful cities in the country. It features a stunning view in which the fertile plains blend with steep mountain peaks and pebbly marine coasts, and the Lankaran Fort and the Keshek Bazaar Mosque are major landmarks in the city, as the city of Kanj is located 100 km from the city and it is one of the most beautiful medieval cities, where you can See fortresses from the twelfth and fourteenth centuries, and you can also visit the tomb (Bir Hussein), which houses a minaret and other ancient structures.

The coolest attractions and activities in Lankaran:

• City Bazaar for local souvenirs and delicious outdoor dining.
Visit the Hercan Nature Park, which retains its original character. It includes many endangered and endemic animals, and you have the opportunity to approach animals such as the Asian leopard, the Persian leopard, the lynx, and others.
Walk along the narrow winding streets and alleys of the city center and discover the magnificent Negran Fortress, one of the most important forts dating back to the 14th century.
Mirkhamad Khan House is one of the grandest architectural landmarks in Lankaran, located in the heart of the city.
Natural hot springs on the border between Azerbaijan and Iran.
Get to know the ancient history of Azerbaijan from the fourth century to the nineteenth century by visiting the History Museum, which includes the amazing artifacts discovered in excavations throughout the country.
• Enchanting city sights such as the Russian jungle, river valleys, mountain village of Laza and many picturesque villages.
• Participate in country music festivals – the annual International Classical Music Festival.
Gabala is a distinct cultural center with a large memorial to the war and beautiful Soviet mosaics and many old stone houses.
• The Seven Beautiful Waterfalls, the adjacent Coimbrad Mountain, the Nohur Reservoir Reservoir, and the villages of Lhasa and Durga, which are covered in vegetables.
After knowing the tourist places and activities in Azerbaijan, perhaps a question arises in your mind: How do you get a visa to enter Azerbaijan?