The German city of Dresden is a living example of the European Baroque cities that prevailed in the 17th and 18th centuries and celebrate this to the extreme! Although it suffered massive destruction during the Second World War, Dresden rose up from the ashes to now include wonderful palaces, impressive gardens, many museums, tourist bridges, etc. … Get acquainted with us today to the most important places of tourism in Dresden, which can be easily reached if it was from the neighboring city of Prague or from the rest of the parts Germany.

This site is considered one of the most prominent building features ever in Germany and the world and its construction was completed in 1743 to be at that time one of the most beautiful cathedrals in Europe. After its destruction due to the war in 1945, it was rebuilt and developed more to become a symbol of the ability to challenge and rise. Tourists visit Frauenkirche to see the amazing interior, and can go upstairs, where the charming views of the city are breathtaking and several shows exceeding 100 are held every year.

One of the most prominent tourist attractions in Dresden is the Royal Palace, and in particular the Dresden State Art collection, which is considered a real treasure of heritage and priceless artwork. There are several departments like Green Vault, Turkish Chamber, Numismatic Cabinet, Weapon Collection and many more!

One of Germany’s most beautiful squares is dominated by the opera headquarters in Dresden which is known as the Semperoper. You can attend one of the distinctive shows that take place in it and include ballet, opera and artistic parties, or take a tour inside it. On the square is the Altstädter Wache, an old guard house of 1831 and Taschenbergpalais, a Baroque palace from 1711.

Just as Eid is one of the major German cities, green spaces are essential, and Dresden has a large number of parks and green parks. The largest of them is this park, which includes sports fields, palaces and beautiful lakes, as well as its embrace of the Botanical Garden and the German Museum of Hygiene.

One of the most important and most beautiful tourist attractions in the region, as it combines history, heritage and natural beauty. The length of this valley extends to about 20 kilometers, which is a destination for thousands of tourists annually. Along the valley there are distinct green areas and villas that have been established two centuries ago and this region has been listed as one of the most beautiful European tourist areas according to UNESCO. 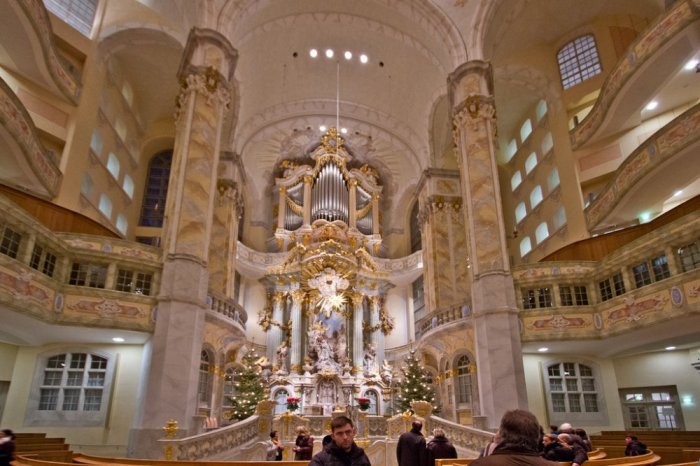 Inside of Dresden Frauenkirche 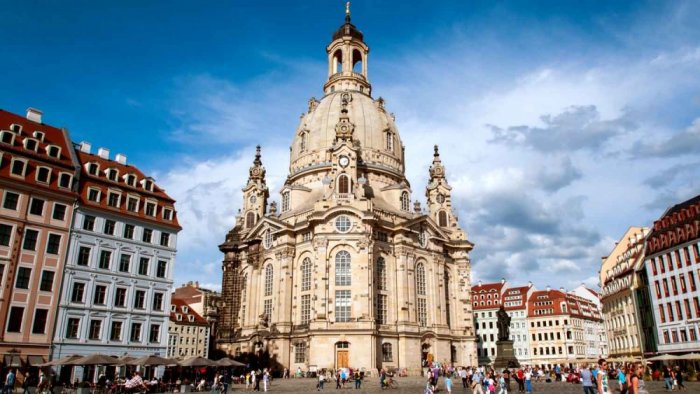 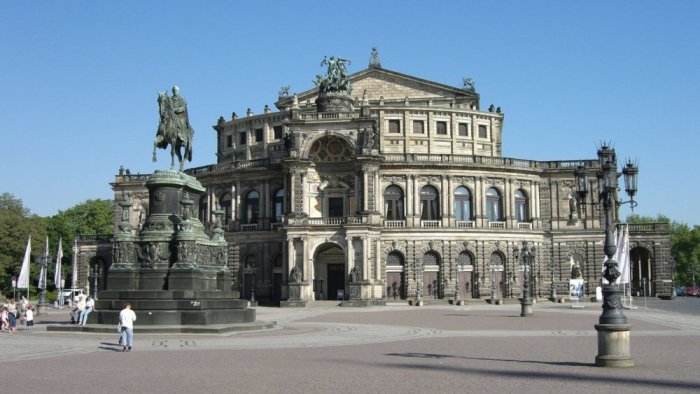 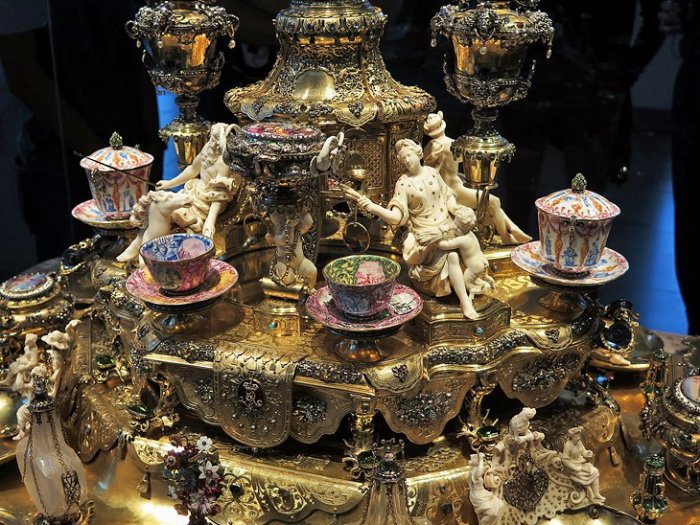 From the Royal Palace museums 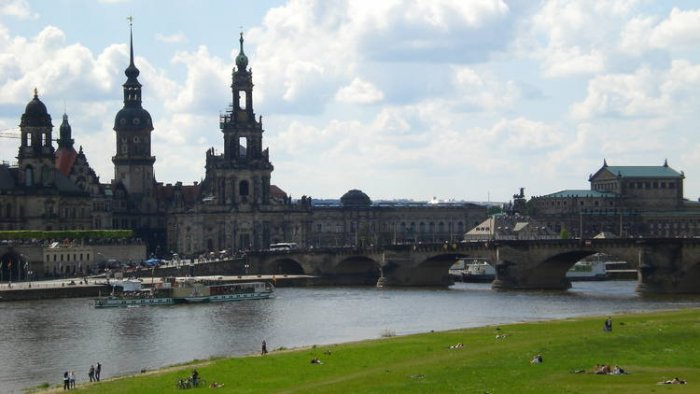 The region of the Alpes of Dresden 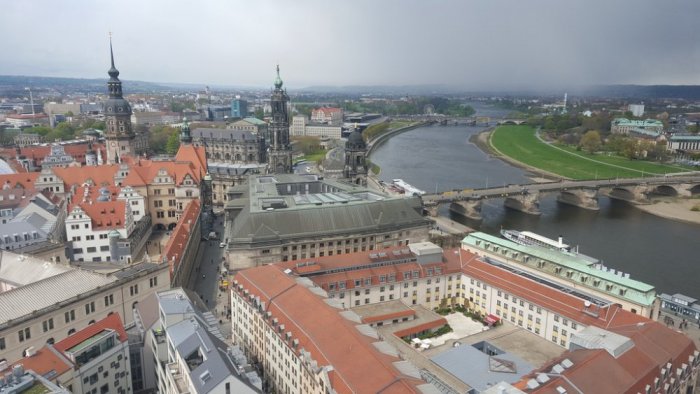 A scene from Dresden 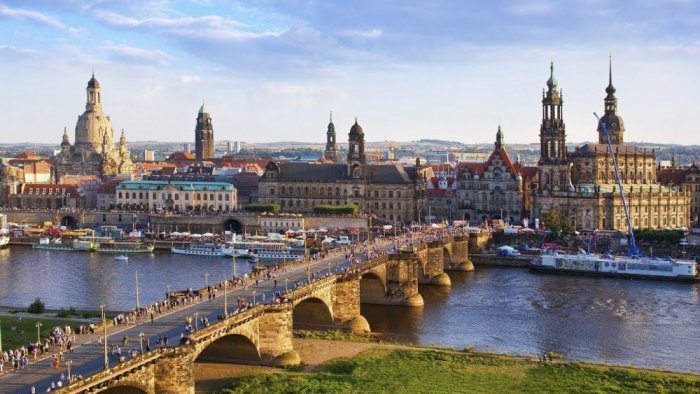 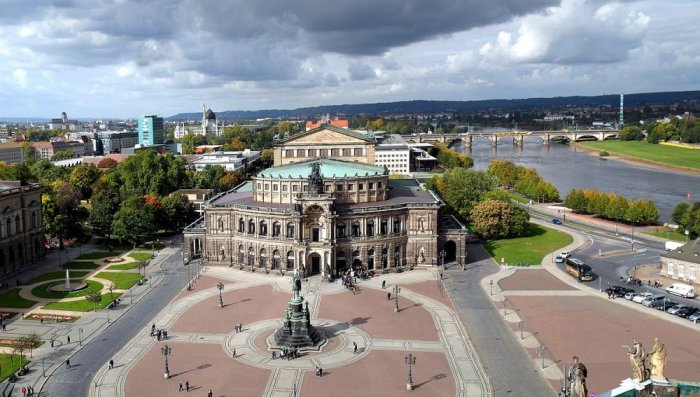 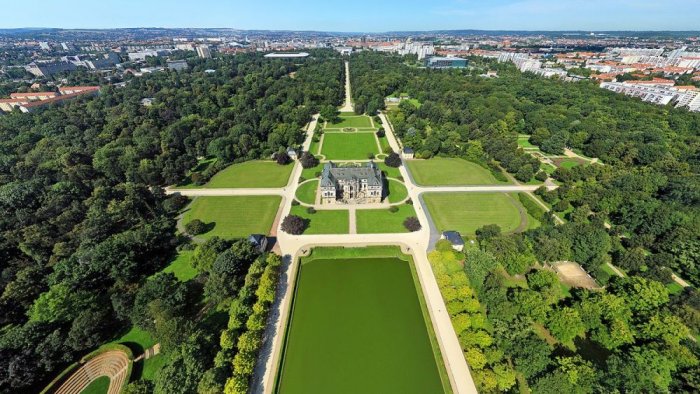 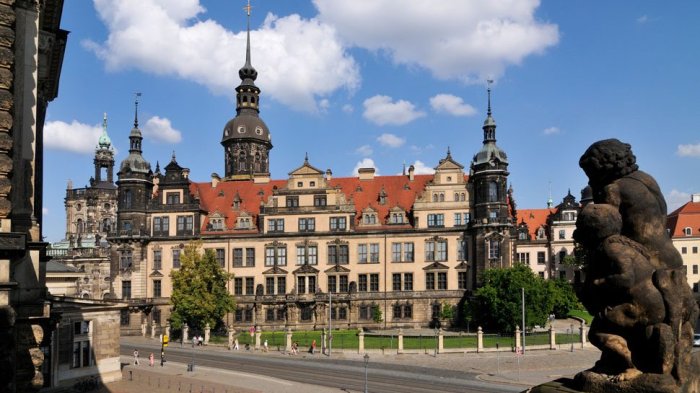 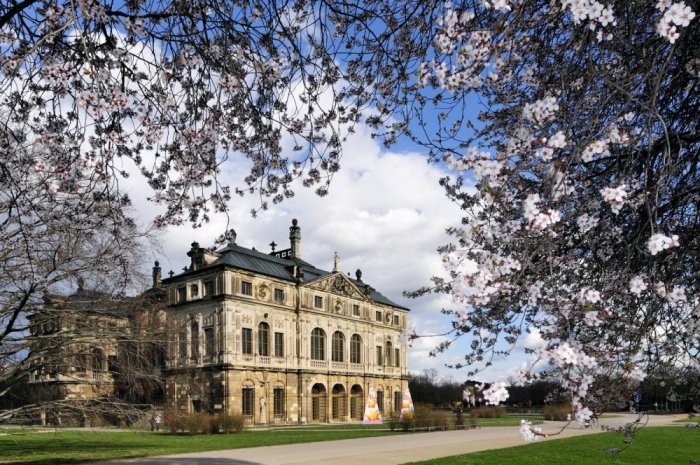 A view from Großer Garten