The most important places of tourism in Georgia

In this article, we will talk about tourism in charming Georgia, and for those who do not know the location of Georgia, it is surrounded by Russia and Chechnya on the north and the Black Sea on the west and located in northern Turkey. The Greater Caucasus Mountains are characterized by freezing weather and a tendency to semi-tropical climate, and through the following lines in the Arab travelers we will get to know the most beautiful tourist places in Georgia advised to visit.

It is one of the most famous landmarks of the city and is located in the heart of it, which is a specialized center for presenting dolphins that have been trained professionally to provide exciting acrobatic performances. Visitors can also enjoy the experience of swimming with dolphins with the assistance of specialized trainers for that. Types of fish in it and feeding them.
Center entry prices: to see the dolphin shows 15 Georgian lari, to swim with the dolphins for a quarter of an hour 200 lari for adults and 150 lari for children aged 5 to 16 years.
Visit dates: On Saturdays, Sundays, Tuesdays, and Fridays, from four o’clock in the afternoon.
To book tickets and learn more information, you can access the official website of the center, click here. 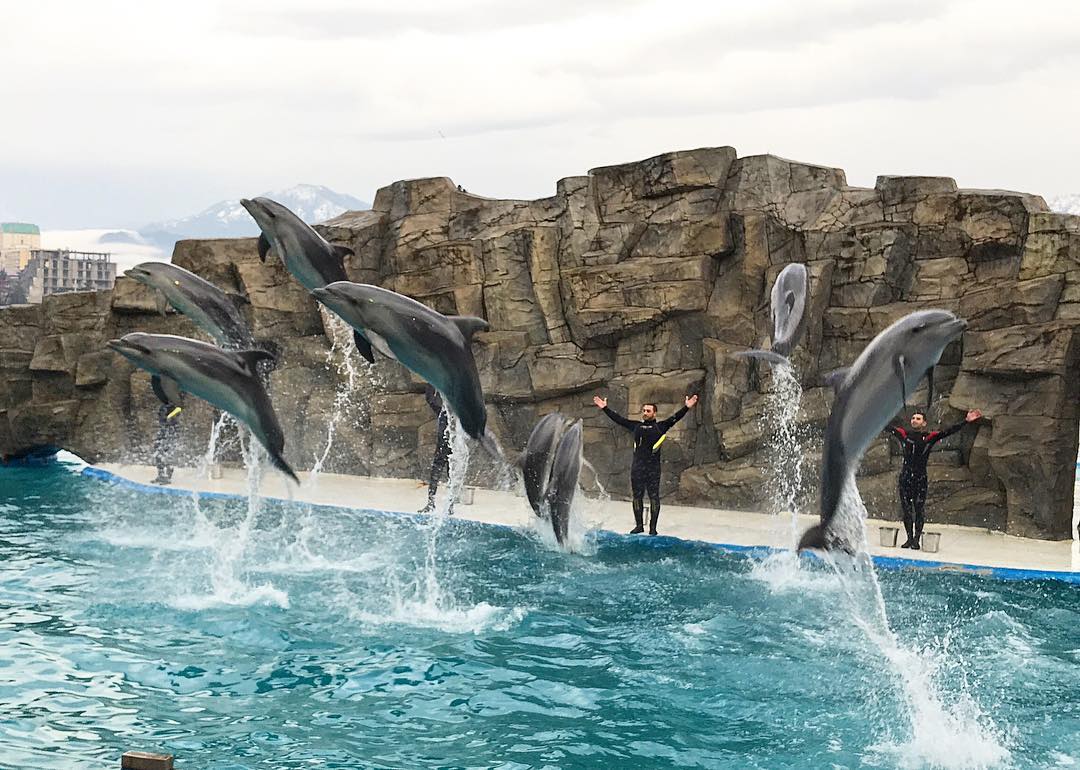 It is considered one of the most important factors that attract tourism in Batumi and Georgia as a whole, at an altitude of about 250 meters on the sea. The cable car station is located specifically on Mount Anuria, and the Batumi cable car runs from its waterfront to the top of the mountain for an extension of 2 km.
Visitors enjoy cable cars and walks on a wonderful tour that enables them to see stunning landscapes on the city skyline.
Cable car ticket price: 10 Georgian lari. 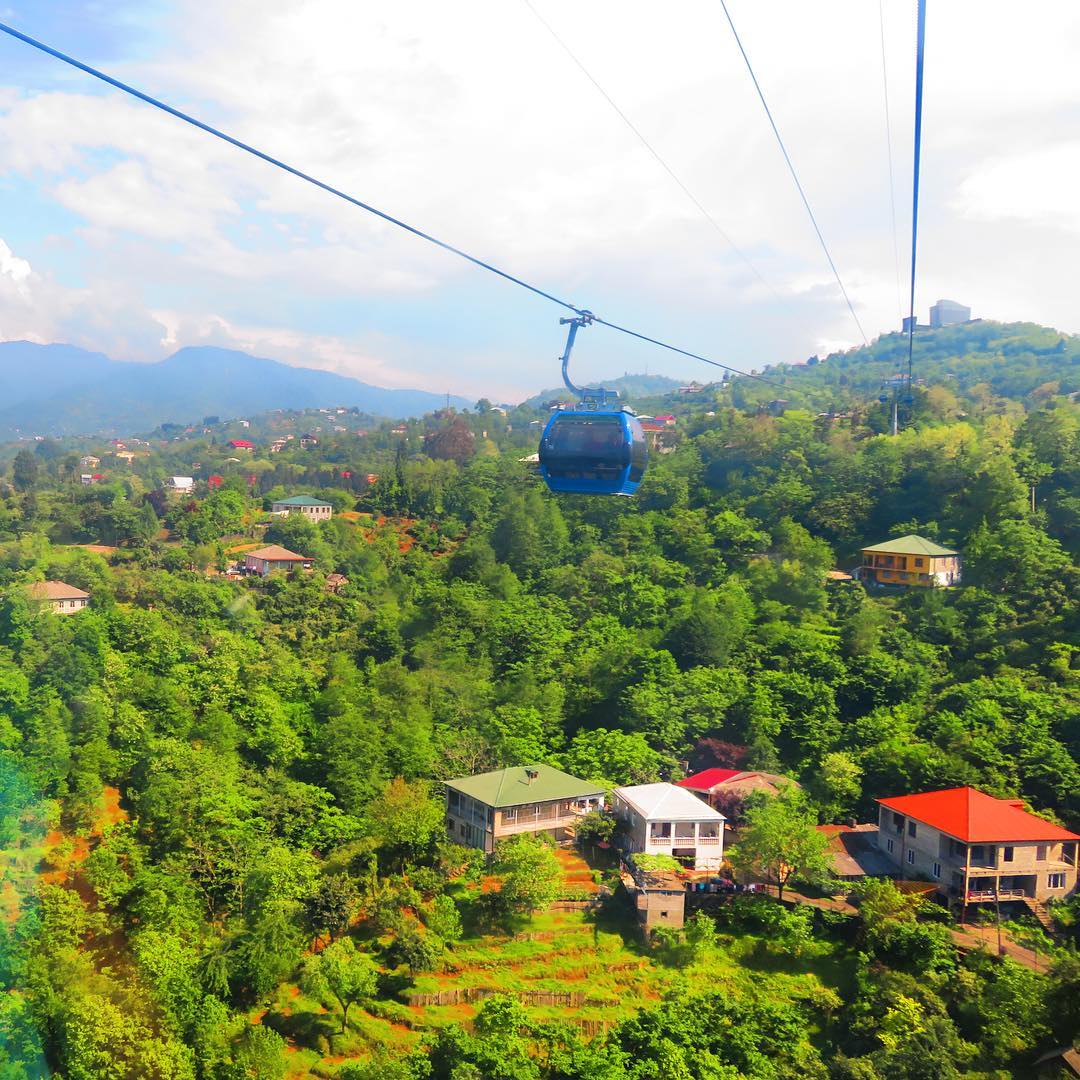 The botanist Andrei Krasnov established the Botanical Garden in Batumi in 1912 on the banks of the Black Sea, and the garden contains various types of plants collected from separate places around the world, and next to each tree there is a plate containing information about it and the country coming from it.
The park administration provides a minibus from which to explore the various park landmarks. You can also enjoy a visit to the sandy beach located there, as well as the possibility of camping, barbecuing and enjoying a wonderful natural atmosphere.
Garden visiting times: From Monday to Saturday from nine in the morning until ten in the evening.
To know the prices of services, you can access the official website of the park from here. 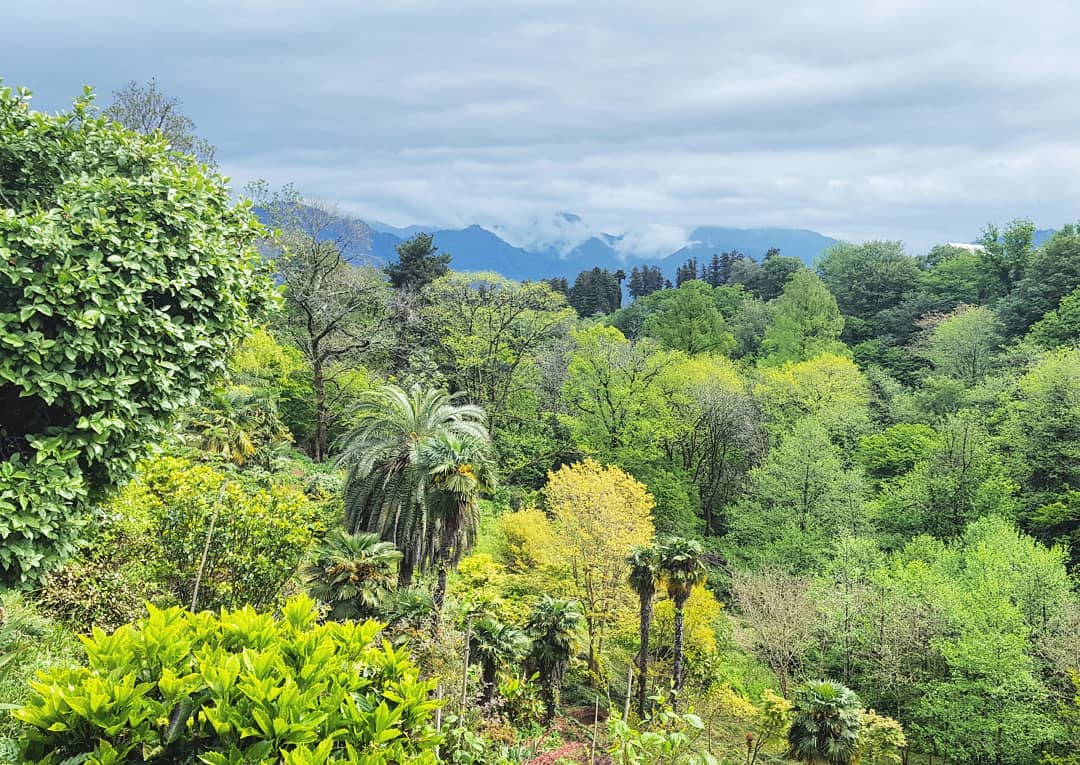 Tourist places in Kutaisi, Georgia
It is one of the best tourist destinations in Georgia, and the second largest city in terms of area and the oldest in historical terms, as it contains many cultural and religious monuments, and the most important tourist places in it are the following:

It is 6 caves that interfere with each other, and consist of distinct forms of rocks and calcareous sediments, and visitors can wander inside the company with a guide and enjoy watching fossilized waterfalls, stalagmites, and cataclysms that differ in their shape in each cave from the other, and in the river located in the ground, the boat can be toured On a journey full of suspense and excitement.
Visiting times: Every weekday except Monday from ten in the morning until four in the evening.
Entrance rates: 7 lari for adults, 3.5 lari for children. 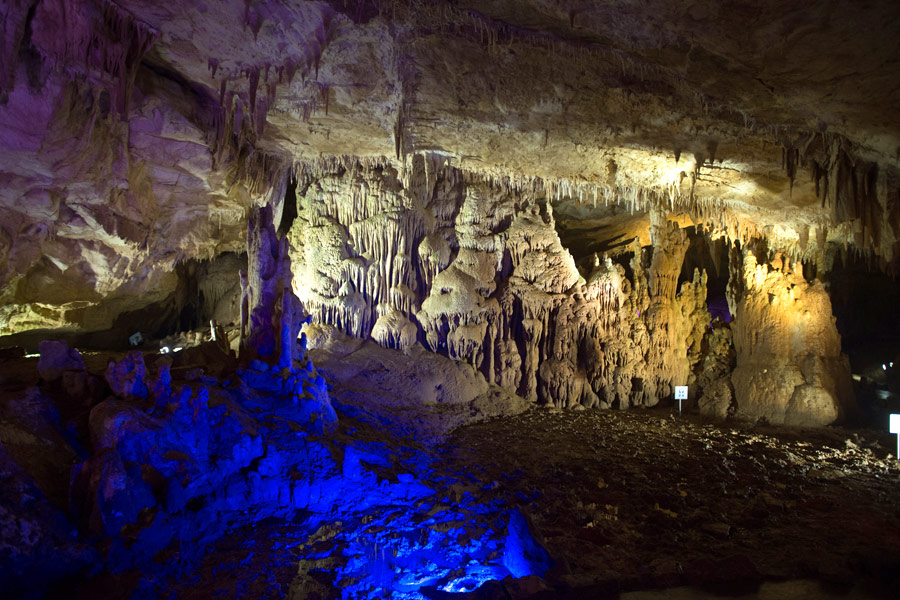 It is one of the most famous landmarks of the city, and displays the traditional style of Georgian life and the historical face of Kutaisi through popular markets and famous buildings. The neighborhood includes the city’s historical museum, which contains exhibits that express Georgian history.
The neighborhood also includes a fountain of mythical statues nearby, which were discovered in an archaeological excavation designed in the form of drawings from the Stone Age. The neighborhood also contains stores and ancient and distinctive markets. 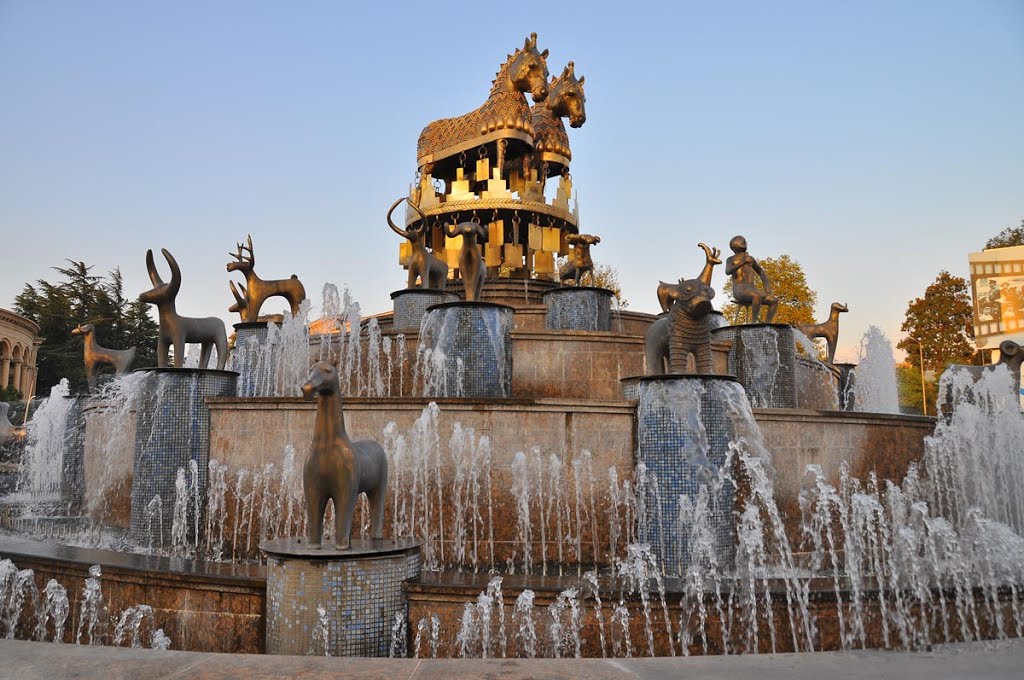 This reserve was created to preserve the 5 stablia caves, with the aim of protecting the footprints of dinosaurs and skeletons discovered in the area. The reserve contains dense forests where you can enjoy wandering and see wonderful panoramic views, as well as see sculptures of dinosaurs in full size, in addition to the corridor The glass, which offers a beautiful view of the reserve and the city.
Price of entering the reserve: 6 lari.
Visiting times: daily from ten in the morning until six in the evening. 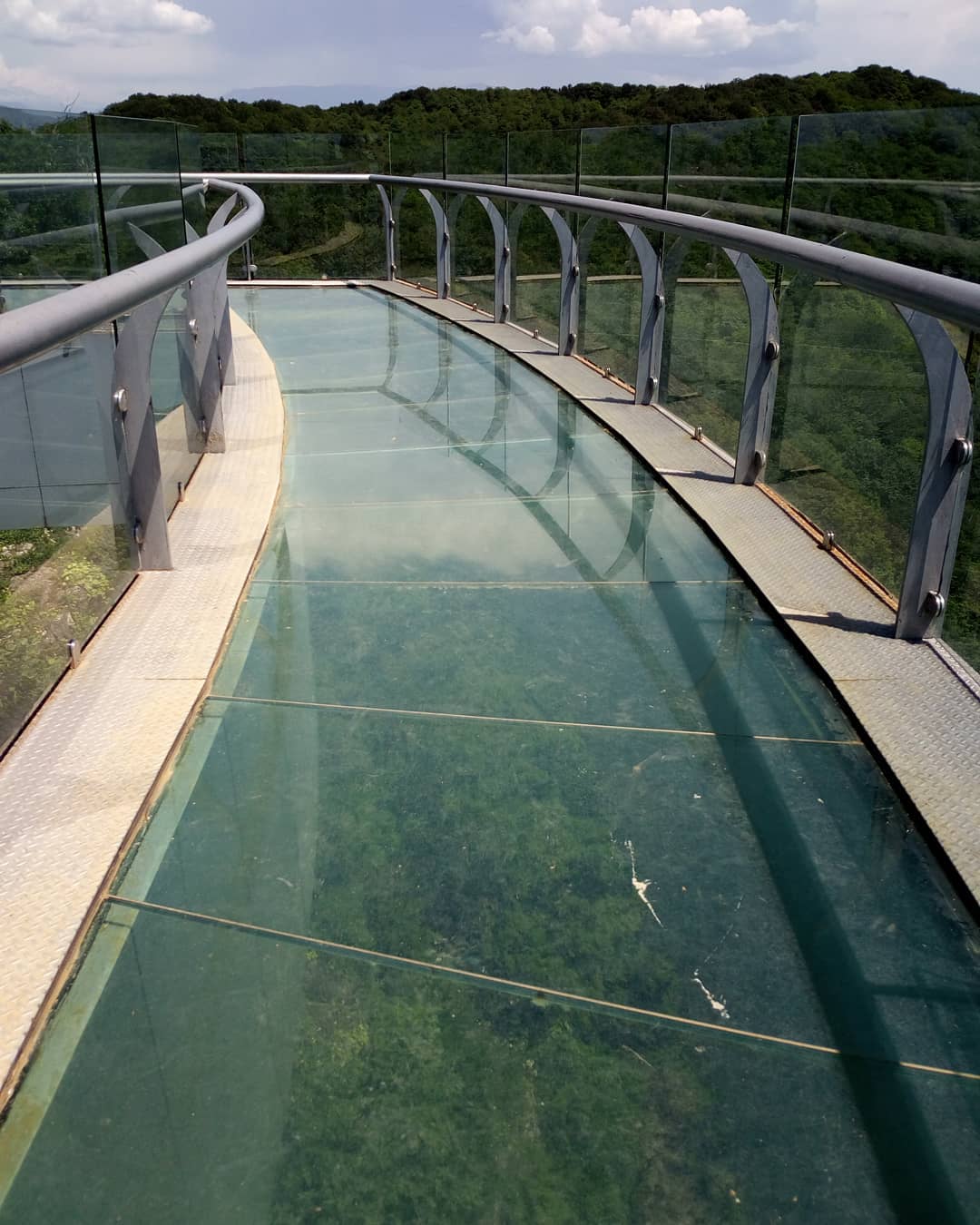 After the establishment of this park in 1850, mineral water became the main source of income for the city, and visitors to the park can roam around and taste the natural water and its filling, in addition to the ability to ride a cable car to see the garden from above.
Visiting times: From ten in the morning until eleven in the evening.
As for ticket prices, admission is free for most of the year. 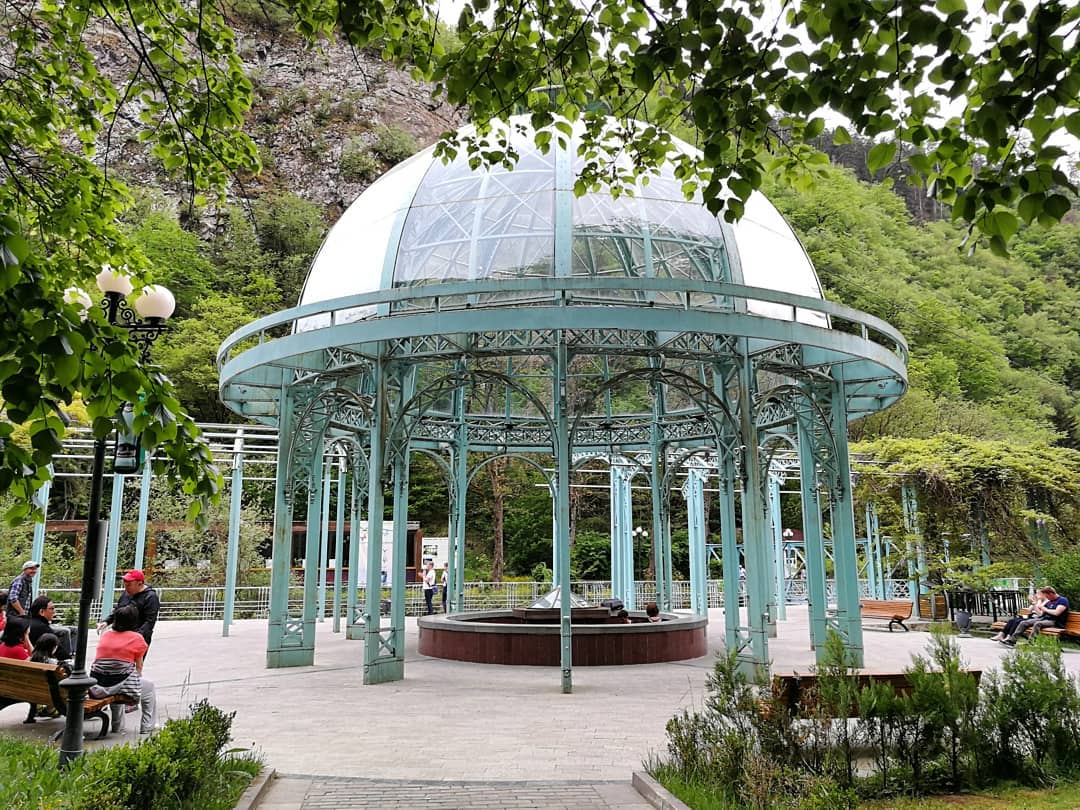 Among the most important historical monuments in the city and the most popular among the residents, it was built at the request of the Russian Tsar Nikola II in the nineteenth century, and visitors can walk around the palace and learn about its masterpieces and its most famous collections and rooms designed distinctively. 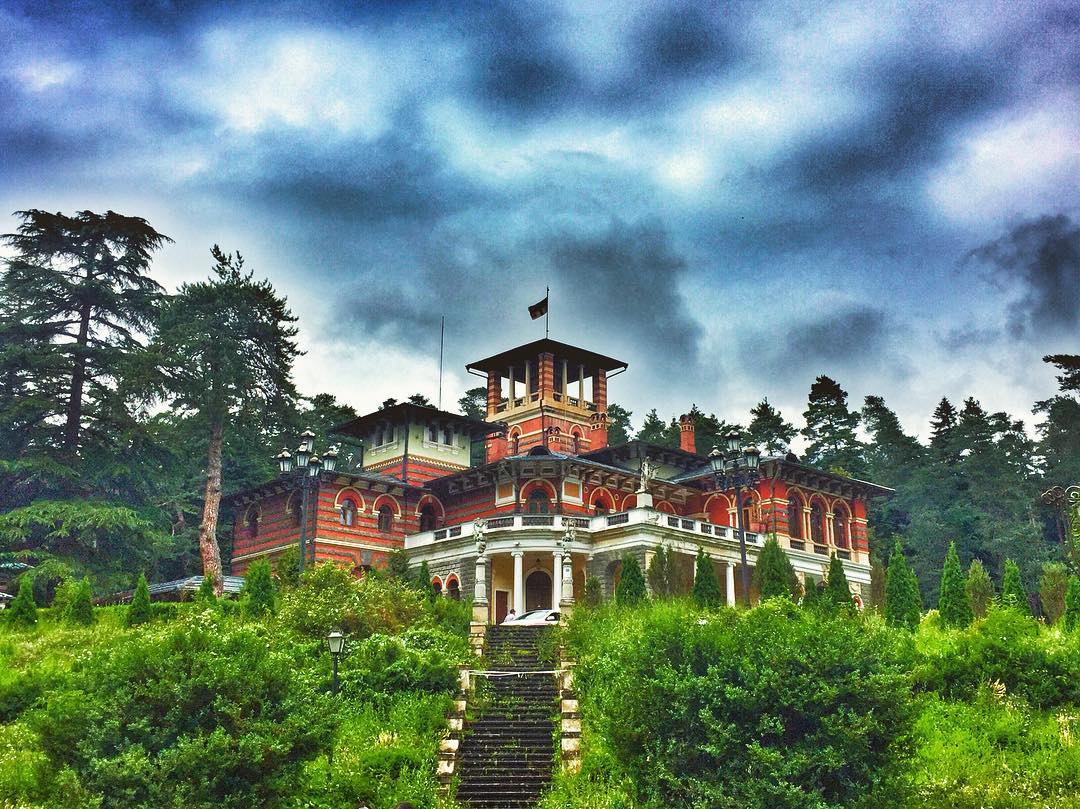 The best places for tourism in Egypt