The most important places of tourism in Poland for young people

Tourism in Poland for young people, this is the subject of our article today, if you are looking for a place to spend your vacation amidst wonderful landscapes and places of entertainment and historical unparalleled, we recommend you through this article to go to Poland, where this country located in Central Europe is one of the most important tourist destinations In the world, in addition to the previous factors, it is characterized by cheap prices, which makes many people accept to go to it, and through the following lines in the Arab travelers we offer you a guide for tourism in the cities of Poland.

Tourism in Poland for young people

The Polish capital Warsaw is one of the most important tourist destinations when traveling to Poland, as it includes many tourist attractions such as parks and museums, including the following:

The Royal Palace is located at the entrance to the Old Warsaw, specifically in the large square, and since the 16th century this palace was the official residence of Polish kings and rulers, before it was converted into the seat of the Polish Parliament at the present time.
Perhaps the most important thing that makes the palace an important tourist attraction is that it contains antique antiques dating back more than 6 centuries, in addition to the holdings of kings who ruled Poland, and the precious stones and original paintings that were decorated with the palace walls.
Entry prices: 30 Polish zloty, and for children, admission is free.
Visit times: In the summer from ten in the morning until six in the evening, and in the winter from ten in the morning until four in the afternoon.
To find out more information about the palace, visit its official site here. 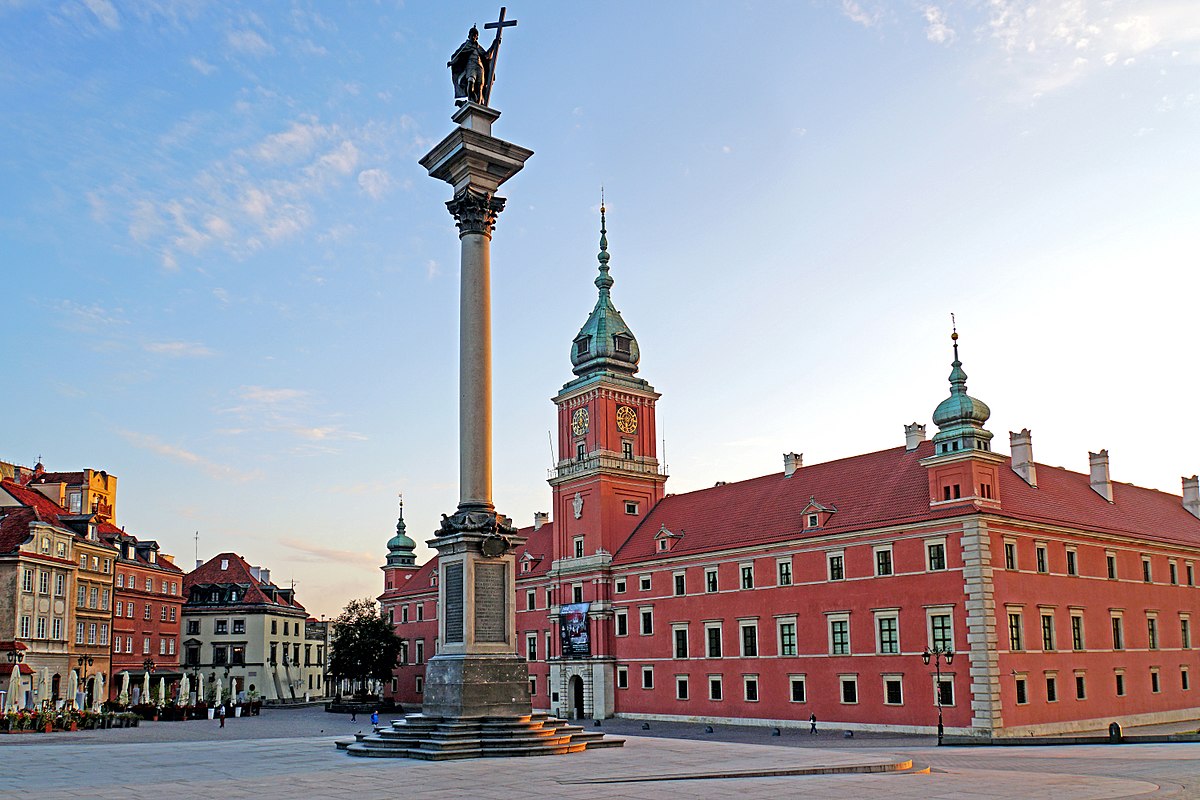 The Warsaw Dancing Fountain is one of the most wonderful fountains in the world, located in the north of the old town, in which the laser is used to show the distinctive animation on the water that is extracted from the fountain, which impress the attendees.
And the amount of water pumped by those fountains per minute is about 30 thousand liters, they come out through 367 nozzles, in addition to the distinctive colors that give a beautiful view of this water.
One of the most beautiful things that a visitor can find in the Warsaw Fountain Park is his enjoyment of the international music of many international stars. This music that works in the background in a wonderful way increases the place of magic and attraction, and on the water wall of the garden, the sound and light displays that narrate the historical events of the city are impressive.
Visit times: Every day of the week and throughout the day. 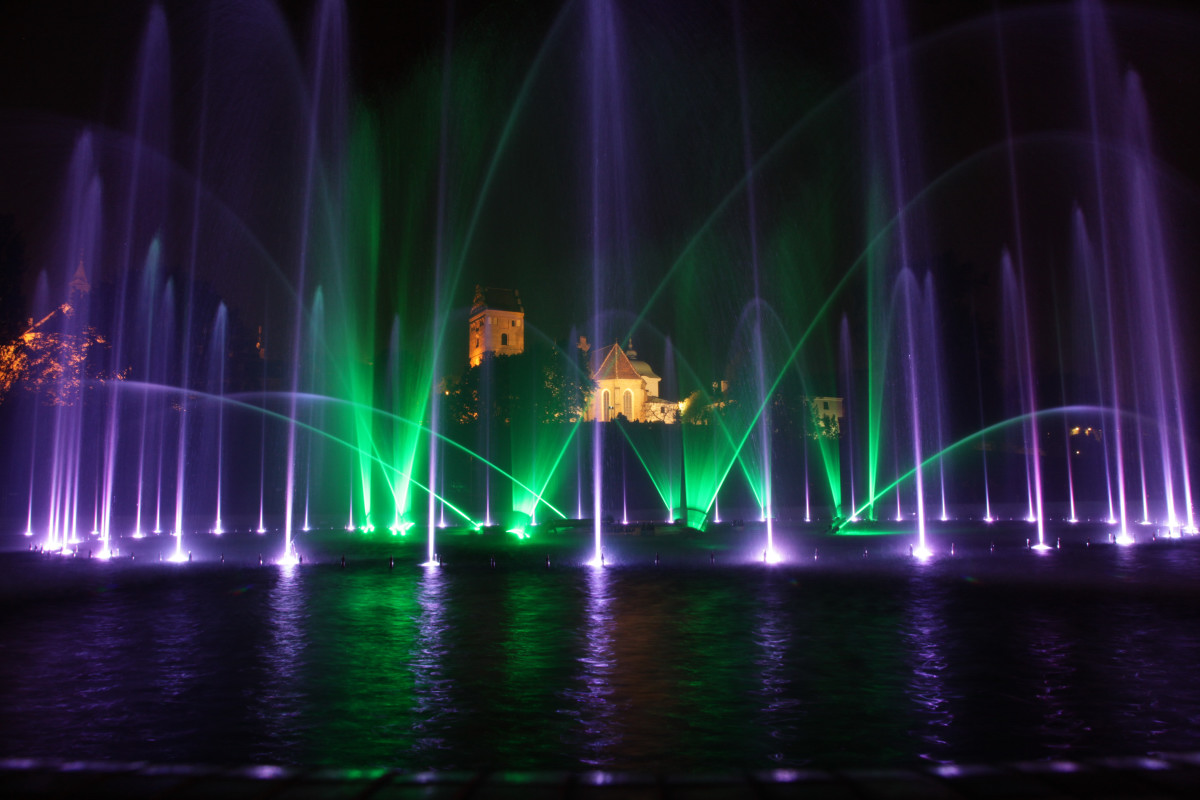 Warsaw Zoo, located next to the Vistula River, is very popular with tourists and locals, as it includes more than 4,200 animals from different species such as deer, tigers and elephants, as well as water animals such as hippopotamus, dolphins and others.
The most important thing that attracts visitors to the garden is the house of chimpanzees and gorillas, which are housed in cages, where they can spend quality time watching these animals and providing them with food. 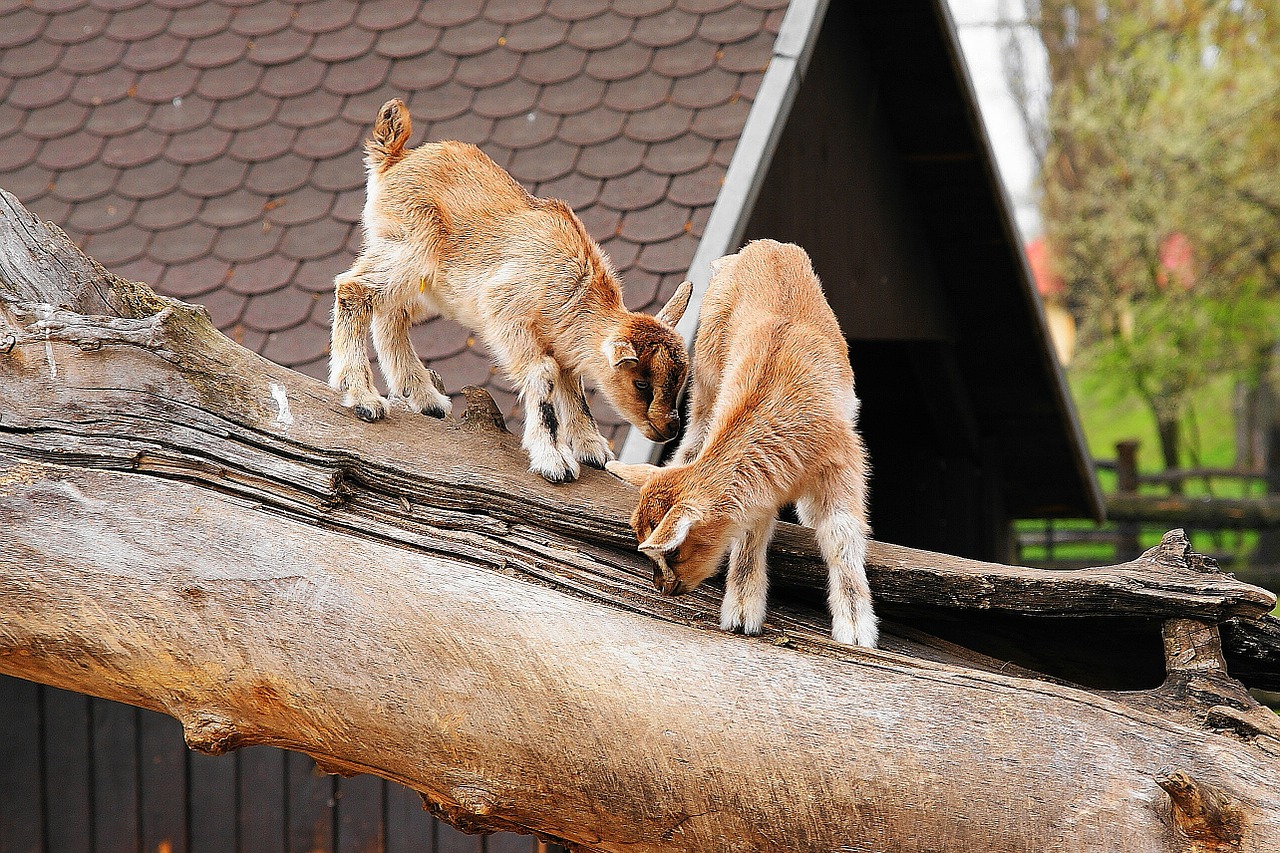 Krakow is located on the River Vistula, one of the oldest and most important Polish cities, which includes a large group of tourist attractions, including the following:

One of the most important tourist attractions in Poland is the Wawel Castle, which is a museum that includes many rooms such as royal apartments, state rooms and armory, and this castle is one of the most important symbols of national identity in Poland.
The castle is distinguished for its many pieces of furniture that express Polish history, and how the Polish kings lived during ancient historical periods, along with distinctive interiors.
Among the most important features of the castle is that it includes an external patio located on vast green areas and has a huge water pool over which the birds fly, which gives the castle a wonderful natural view.
Entrance to the castle is free for everyone.
Visiting times: From Tuesday to Friday from nine thirty in the morning until five in the evening, and on Saturday and Sunday from ten in the morning until five in the evening. 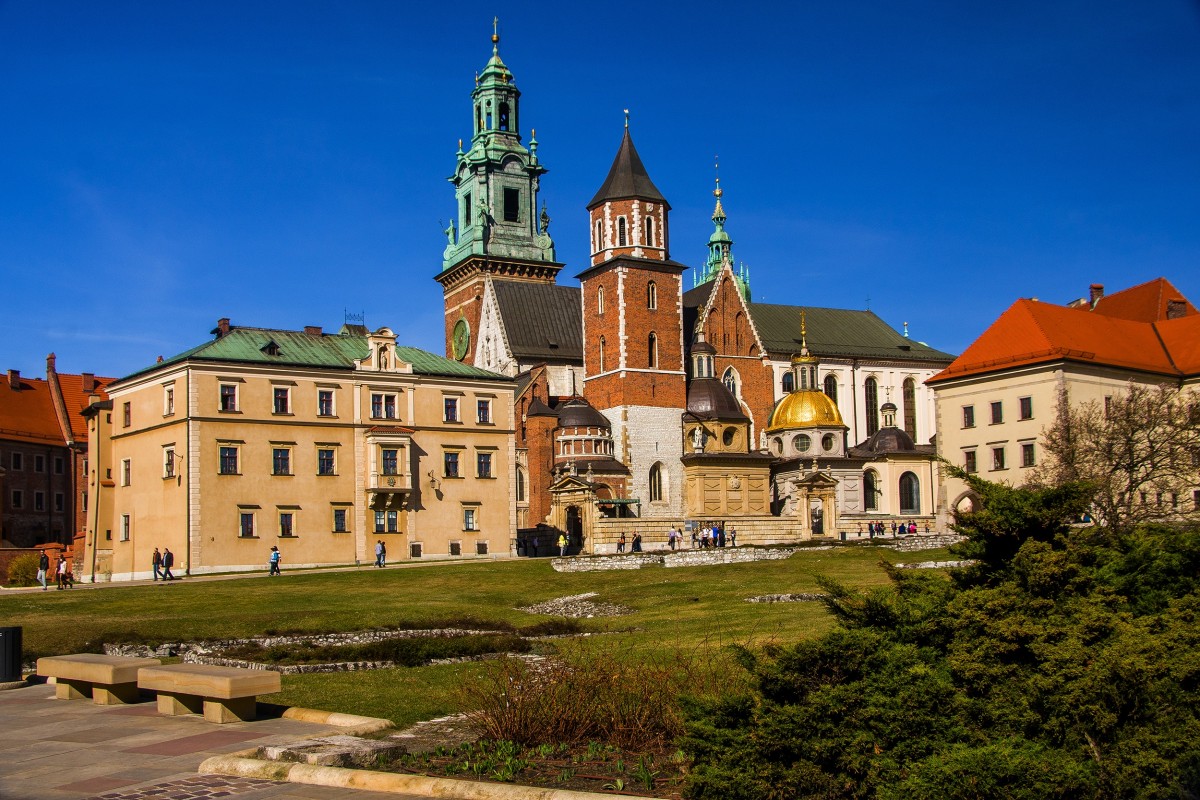 This square in the center of Krakow has an ancient history dating back to the 13th century, which makes it a reflective place of Polish history and culture and one of the best squares in Europe.
Around this square there is a large group of historical museums, archaeological buildings, and churches such as the famous St. Mary’s Church, in addition to the Town Town Tower, which was built in ancient times, and the most important thing that visitors to the square are to perform concerts daily. 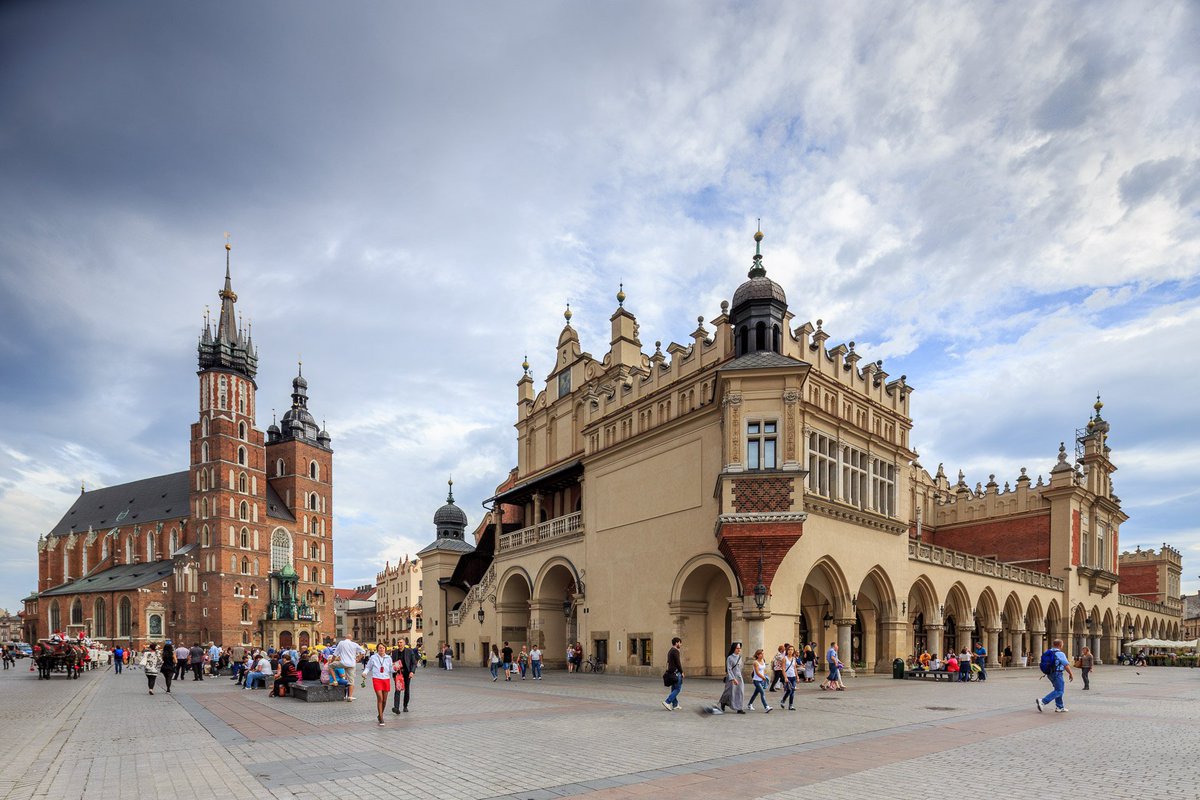 For those who love excitement and excitement, they can visit the salt mine in Vyalica. This place attracts millions of tourists from all over the world. It is a group of underground salt lakes carved into it with several artworks and distinctive rooms carved with only salt materials.
In order for visitors to reach these rooms, they have to go through winding paths and climb about 800 steps that take steep shapes. By salt, a church was completely manufactured inside this underground mine, and there are also sound and light displays on its salt lakes.
Entry prices: Zloty 84.
Visit times: Every weekday from 7:30 in the morning until 7:30 in the evening. 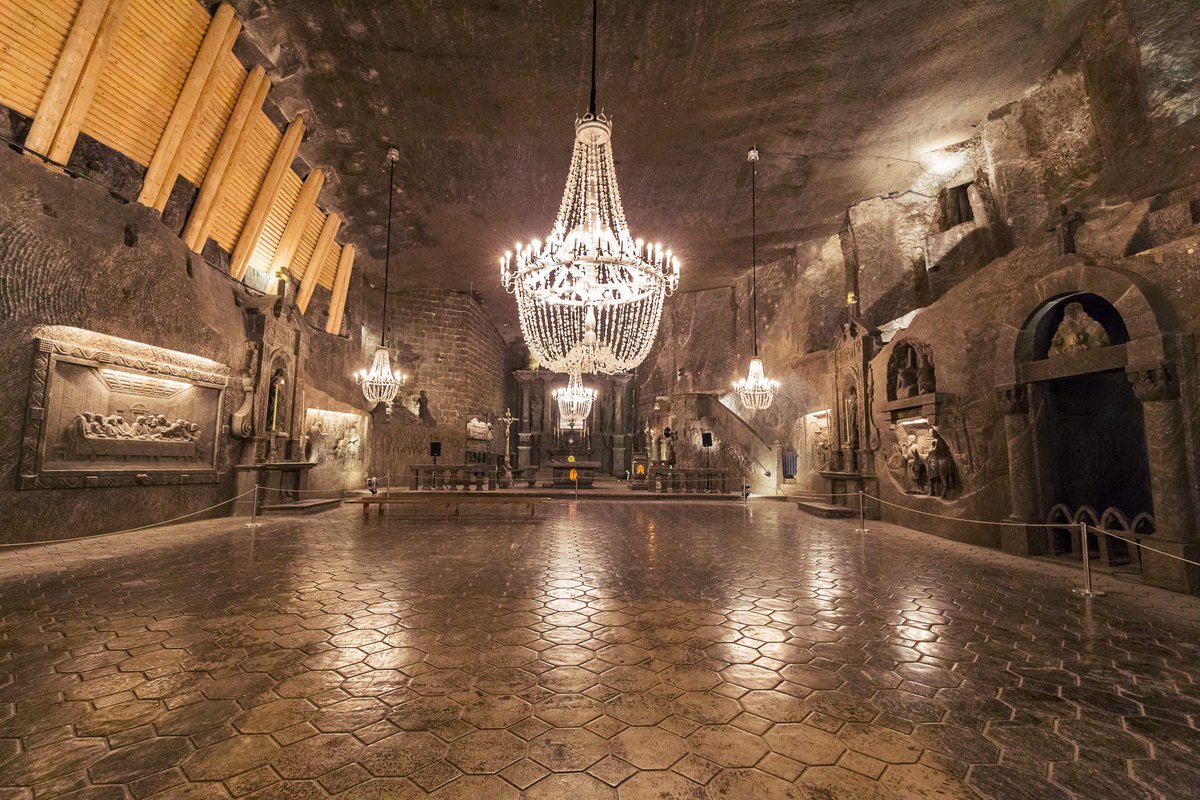 The best tourist attractions in Thailand