Tourism in Saudi Arabia, Arab travelers is what we will shed light on during this article. Although Saudi Arabia is famous for the diversity of religious tourism attractions in it because it contains sacred religious places, it has also succeeded in diversifying other tourism patterns in it, especially since it contains many Among the important landmarks that made it one of the most important tourist destinations, and in the following lines in the Arab travelers we will get to know the most important tourist attractions in Saudi Arabia.

Due to the fact that the city of Dammam is the main sea port located in the east of the Kingdom, it is considered one of the most important tourist cities in it, due to its mild climate and distinctive views of the Arabian Gulf. Dammam also has many landmarks, including the following:

Although the establishment of Al-Marjan Island in Dammam located in the east of the Kingdom was about 18 years ago, it is considered one of the most important tourist attractions in the city, and the island is distinguished by being the first industrial in Saudi Arabia, and perhaps the most important thing that distinguishes it is that there is a lighthouse mediating it and decorating its shape and lighting the Dammam Corniche in a way Impressive, which gives the place a wonderful view that helps attract visitors to it.
The island includes many colorful umbrellas, which visitors can sit in and enjoy the fresh air of the Corniche, and also contain green spaces with beautiful trees spread across its sides, which adds more joy, and one of the most important activities that can be done on the island is the rental of cruise ships and a cruise And enjoy an exciting and exciting experience.
As far as children are concerned, the island includes their own water play area, as well as the Dolphin Village, which offers indoor swimming pools with funny games that are suitable for children and all ages.
Visit dates: The island is available every day of the week around the clock. 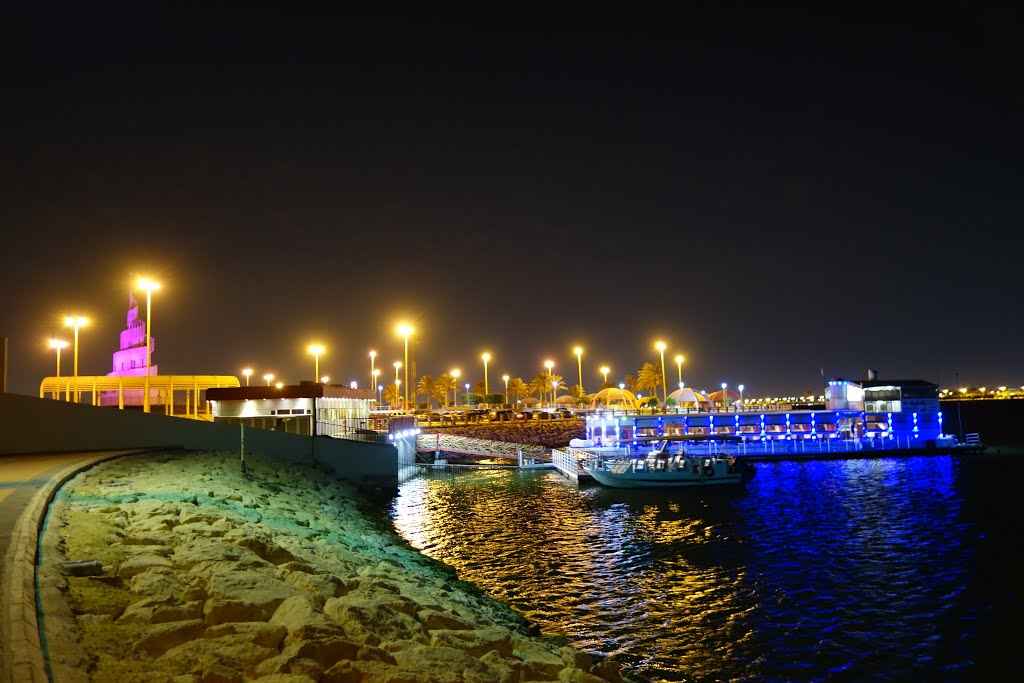 The popular village is considered one of the most important tourist destinations in the Kingdom of Saudi Arabia, and its place is in the east of Dammam, which is 5 floors, and each floor of them highlights the past and present of a specific area in the country. .
Among the most important things that visitors to the village can do is to experience the various Saudi cuisine that the village offers in high quality, in addition to attending parties and cultural and artistic evenings, as well as the acquisition of local products such as Bedouins, copper, incense and others.
Village entry prices: 10 SAR for adults, and admission is free for children under 10 years.
Visit times: All days of the week from two in the evening until one in the morning. 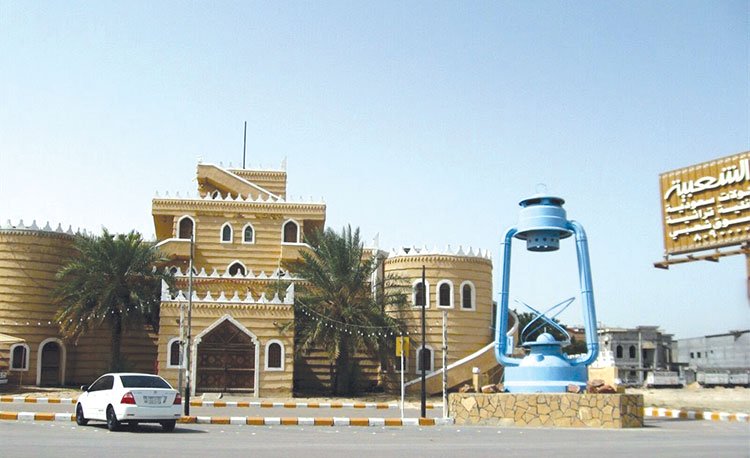 The water village located to the west of Dammam Corniche is one of the most important places where many recreational activities can be practiced, as it contains lakes, swimming pools and a wide range of water games that suit all ages.
For more privacy, the village has made it possible to rent chalets to follow, and it has great views of the Arabian Gulf and contains private pools. The village also includes a number of other games such as football, table tennis, billiards and others.
Entry prices: 150 riyals for adults, 100 riyals for children.
Visit times: Everyday from 3 pm to 10 pm. 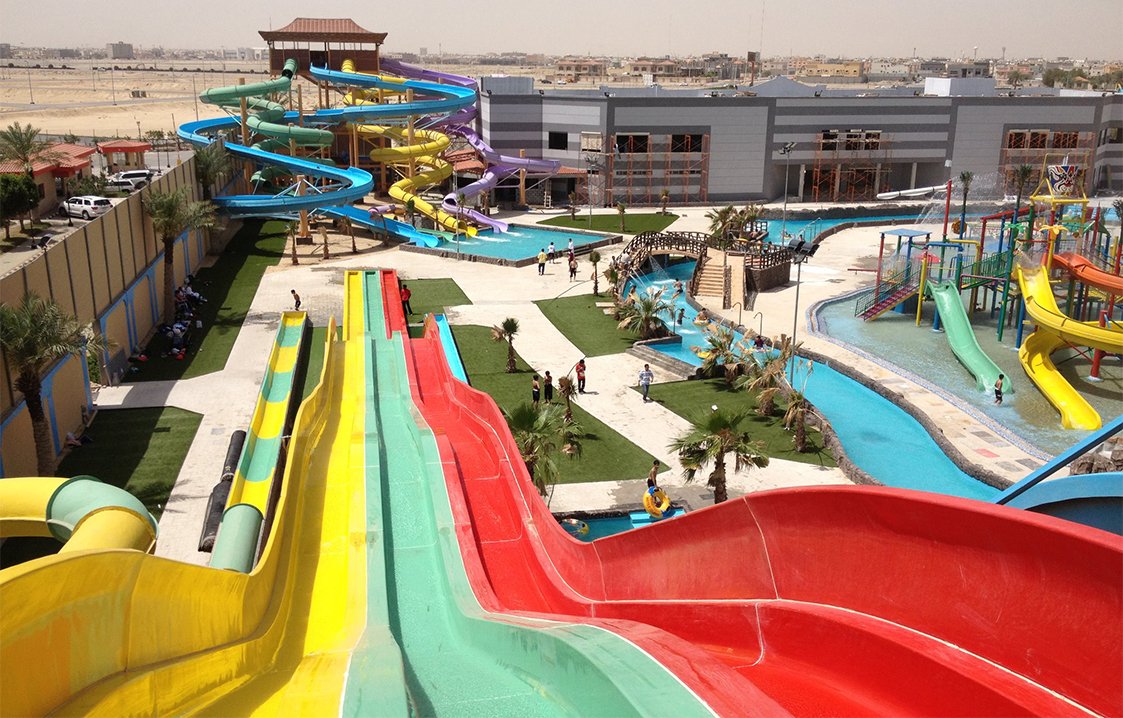 The city of Taif is considered one of the most important tourist destinations in the Kingdom, as it is characterized by its mild climate and the large number of green parks and tourist places, including the following:

Al-Shifa Village attracts large numbers of visitors, due to its mild weather and the large number of its orchards producing the finest fruits and vegetables, in addition to containing springs, green plains and mountainous areas, which makes it the first choice for Taif visitors to spend quality time with their children.
One of the most enjoyable activities in the village is camping and mountain climbing amid the wonderful landscapes, as well as relaxing in front of the rocks surrounding the village lakes in a charming natural atmosphere. 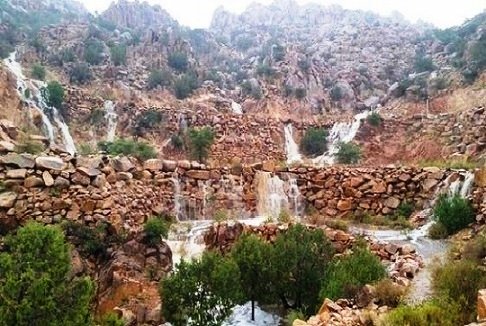 It is one of the famous tourist places in Taif, and it was initially a private residence for the royal family, before turning it into a museum that has great fame in the Kingdom, and perhaps the most important thing that distinguishes the museum is the combination of Islamic and Roman style with the beauty of its architectural style.
The museum consists of 4 floors built over a cellar, and contains about 150 rooms, and they were divided into halls displaying pottery and antique pieces, paintings engraved with archaeological writings, as well as exhibits and ancient pottery that tell about Islam, along with documentaries and relics that tell the story of unification The kingdom.
Entry prices: 20 riyals for adults, 15 riyals for children between 6 and 14 years old, and for those under 6 years old, admission is free.
Visit times: Every weekday except Sunday, from nine in the morning until twelve noon, and from five in the evening until eight in the evening. 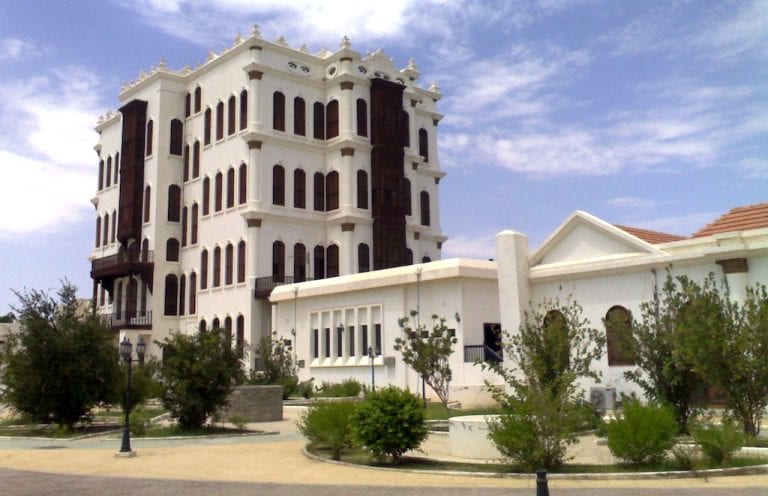 Within the framework of the Kingdom’s tourism development plan, the Okaz Market, which is one of the most popular tourist and cultural places, has been opened, and it is located in an area surrounded by valleys and mountains.
Among the most important things that distinguish the market is that it contains stones of different sizes carved by poetry verses for the largest and most famous poets. The market administration also organizes theatrical creativity competitions through which theatrical performances are presented on a daily basis, as well as distinguished poetry and cultural evenings.
Visit times: All days of the week from four o’clock in the evening until half past ten in the evening. 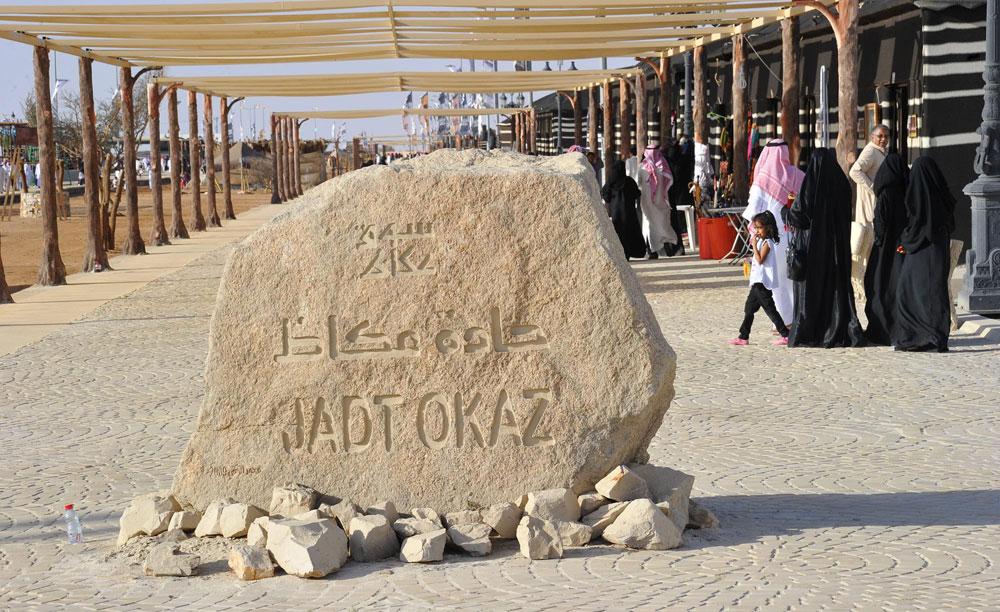