The most important tourist cities in the Netherlands .. The surprising country, which is almost free from any defect

Whatever you have traveled around the world, your travels will not be complete without visiting the most important tourist city in the Netherlands, this super beautiful country.
Every city in the Netherlands is full of interesting and picturesque sites like classic windmills and wonderful fields full of flowers;
In addition to the historical centers and important landmarks of each city and museums.
The Netherlands has a lot to offer tourists of various tastes and ages, learn about its most important tourist cities.

The most important tourist cities in the Netherlands

Gouda is one of the most important tourist cities in the Netherlands and it is a typical city with many old buildings and picturesque water channels.
The city is a popular destination for anyone who wants to take a one-day trip thanks to the rail links and highways.
Khaoda is famous for its delicious cheeses and includes many important tourist attractions such as the 15th century town hall and its beautiful glass windows.
The city center is completely surrounded by canals and is only five minutes walk from the station. 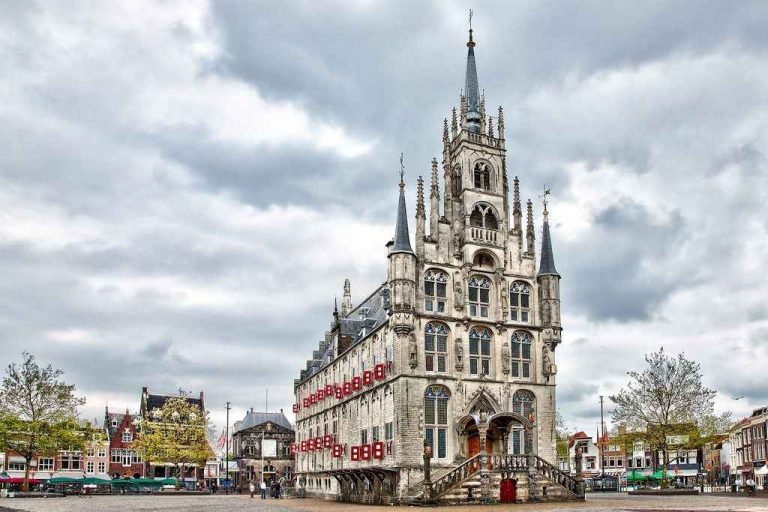 Gouda City Read also: Tourist places in Amsterdam, the capital of the Netherlands ... the most popular destination in Europe

Rotterdam is the newest Dutch city and has a very friendly atmosphere, just like Amsterdam has many historical areas to explore.
Summer festivals and carnivals full of joy and color are attracted to the city, which attract people from nearby European countries every year.
The city has a very wonderful and unique bridge, Erasmus Bridge, it is a work of art and it is centered on the largest port in Europe.
The city has several distinguished museums that extend artwork from the Middle Ages to the modern era.
Masterpieces of amazing artists include Van Gogh, Dali and Rembrandt. 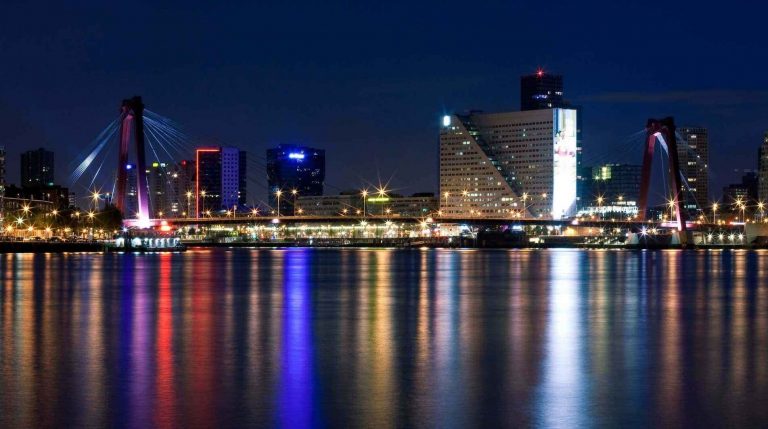 The city of Groningen is a culturally diverse city, characterized by the presence of two universities, which makes it the main place of visit in the northern part of the Netherlands, especially in terms of arts, business and education.
Museum lovers like Groningen a lot, as it houses several museums that are most innovative and modern in the Netherlands.
It is also full of music, art and theaters.
The city has many street cafes, which are always full of vitality and entertainment due to the high number of students.
As for the nightlife in the city, it is very prosperous, and it is very attractive to many tourists. It also includes many shopping centers for amateurs. 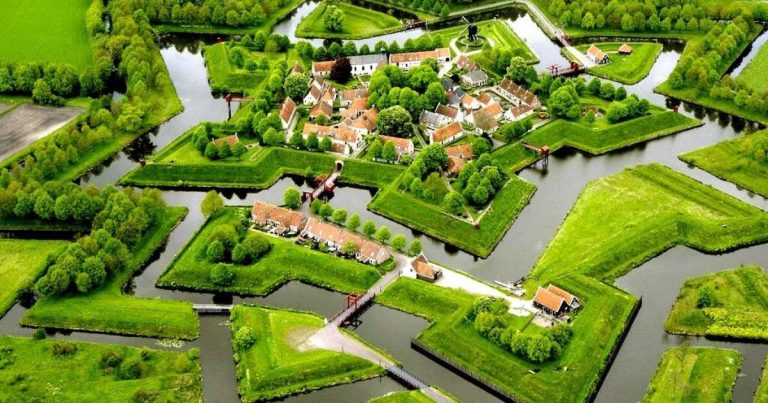 Groningen Read also: Malls of Amsterdam ... when shopping turns from a tiring journey into an unparalleled journey

The rich medieval history of Utrecht is very clear in the city's architecture as its most notable and unique feature is the internal canal pier system that was created to protect parts of the Rhine and through which the city center can be invaded.
The reason why the city is so famous is because it has the largest university in the Netherlands, Utrecht University.
Other landmarks in Utrecht such as the stunning 200-year-old Gothic St. Martin Cathedral.
Architectural lovers should not miss the Dome Tower Museum, Rietveld Scrolls House and Spiellock Museum which houses a wide range of amazing hours, music boxes and musical instruments. 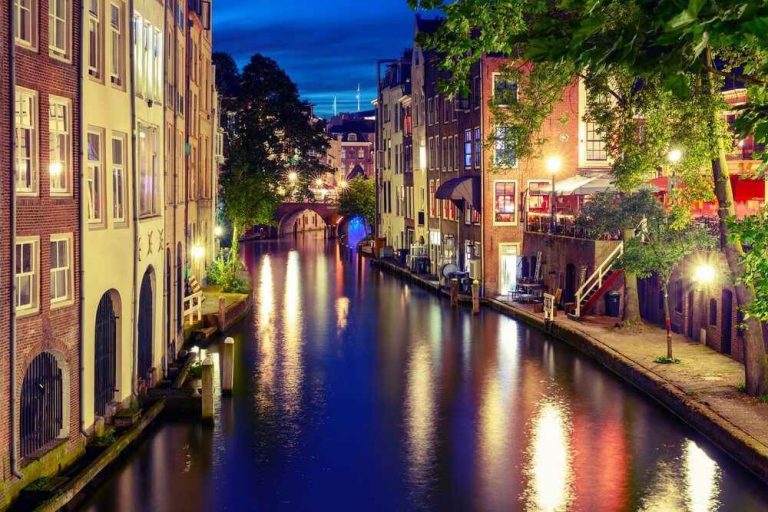 The city of The Hague is famous for its contemporary art galleries at the Gementiusum Den Haag Museum and the Royal Mauritius Photo Gallery.
The city is one of the most extraordinary places to visit in the Netherlands and is known as the Royal City.
Tourists enjoy spending time along the North Sea in the warmer months. The city also has many landmarks and historical areas, and travelers can view luxury shops and international art galleries.
The Netherlands government is based in The Hague although Amsterdam is the capital. 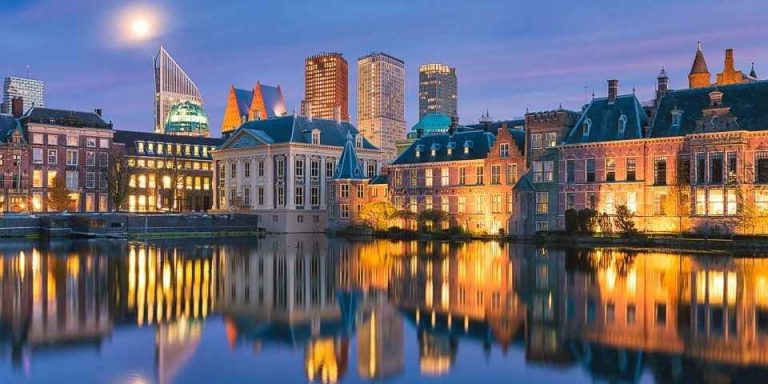 The picturesque city of Leiden is a great place to visit in the Netherlands, where you can visit its beautiful water canals lined with trees. The city also features windmills, wooden bridges and lush gardens.
You can ride boats on one of these great channels for an unforgettable experience.
There are many museums in the city, which range from natural history and science museums, to Egyptian antiquities museums and to windmills.
Leiden has sprawling botanical gardens and contains the world's oldest academic observatory.
Visitors can enjoy the beautiful architecture of the 16th-century St. Peter's Church. 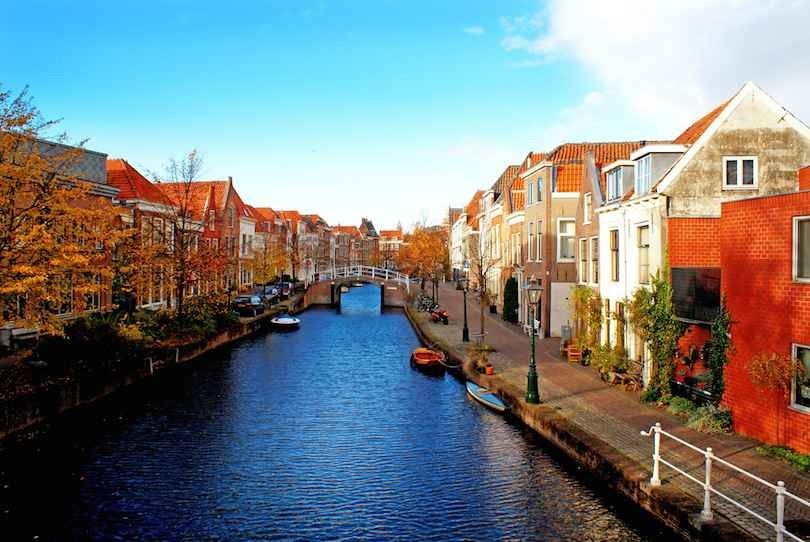 The malls of Amsterdam .. When shopping turns from a tiring trip to an unparalleled journey