One of the most famous sites in Barcelona and considered one of the most beautiful buildings in it, it is an artistic masterpiece designed by the famous architect Antonio Gaudi who devoted 15 years of his life to building it and is classified as a site within the World Heritage sites of humanity by UNESCO. The church site in Barcelona has the Sagrada Familia schools building, which was designed by Gaudi in 1909 for children of construction workers. Since 2002, the building will also host an art exhibition, the place of residence of Antonio Gaudi, in Barcelona. The Church is one of the best known monuments in terms of Catalan modernity and it is an inseparable landmark from Barcelona. According to tourism statistics, the Sagrada Familia teacher is the most visited in Spain as a whole, and not only in Barcelona.

If you want to visit Barcelona in 2020, this amazing show should not be missed, as you have never seen a waterfall in your life like this, a magical experience to see a magical display of water, light and music. Magic Waterfall was established in 1929 and is still one of the most important tourist places since Barcelona, ​​where it is visited by more than two and a half million visitors annually.

The most important tourist place in Barcelona … Picasso Museum

The most famous museum of world painters Pablo Picasso in Barcelona displays a wide range of artwork by Spanish artist Pablo Picasso dating back to the twentieth century. The museum occupies five very beautiful palaces dating back to the third and fourteenth centuries. The Picasso Museum is a museum dedicated to artwork by Spanish artist Pablo Picasso. The museum is located in Barcelona, ​​and it is one of the most famous and popular museums in Spain. Twentieth century painter Pablo Picasso collected his works in an artistic landmark called the Picasso Museum, which includes 4,249 paintings by the artist. To become the largest museum in the world in terms of collecting Picasso’s artwork.

La Rambla, one of the most important streets for shopping in Barcelona. The streets are lined with many shops and kiosks, and it is also a major shopping center in addition to the presence of many restaurants and cafes. La Rambla becomes crowded with tourists, especially during the high tourism season. As for La Rambla Street, it is crowded during the day and into late night. The street is also home to many notable scenes, including the mosaic work by Juan Miro, a famous fountain and a popular meeting point called Font de Canaletes. It also houses many historical buildings such as the Verena Palace and the Liceu Theater. It is also home to La Boqueria Market, and is one of the tourist attractions.

The first thing we say Barcelona comes to mind is the famous club in the world of football, so visiting the Camp Nou stadium in Barcelona is a unique experience that introduces you to the moments that are full of feelings and enthusiasm in the Barcelona club’s march through the latest technology. You will feel the magical moments in the history of FC Barcelona, ​​from the historical champions of the team to the stars who are still playing on the team until today. The Camp Nou stadium of Barcelona Football Club is one of the most important European football stadiums, apart from being the largest stadium on the continent. Its runways contain approximately 100,000 seats. Before visiting the club museum and stadium, it is preferable to enjoy a three-dimensional display that tells the history of the club in several languages, in addition to the most prominent achievements with snapshots of the team’s stars, watching them with special glasses, as if you were playing next to them on the ground. After this interesting show, you can be ready for the main event, which is to visit the museum and the Camp Nou. The Museum of the Camp Nou Stadium contains a huge exhibition of the photos attached with a great explanation, in addition to the date of its capture, and another for championships, shields and some shirts belonging to the stars of Barcelona’s old club, in addition to some artifacts, souvenirs and rare documents belonging to the ancient Catalan club.

This is just the tip of the list of the most important tourist places in Barcelona that you should visit this summer in this wonderful and lively city. 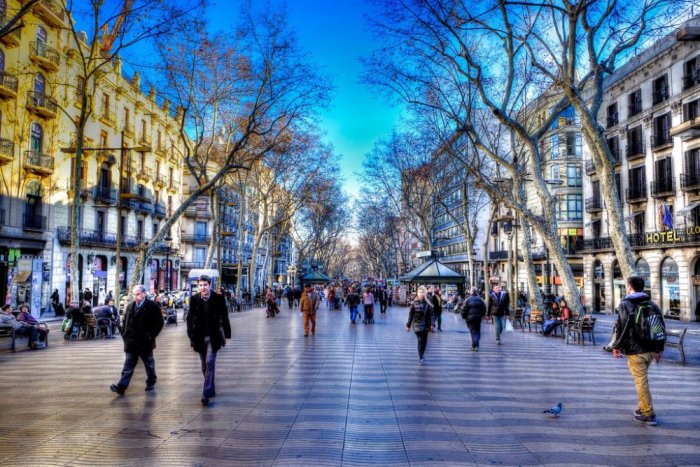 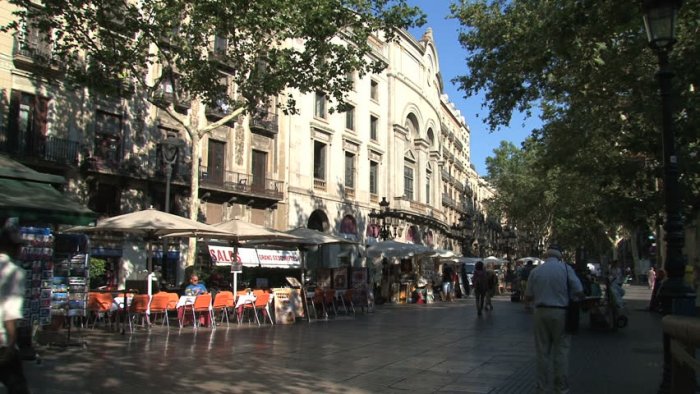 From La Rambla in Barcelona 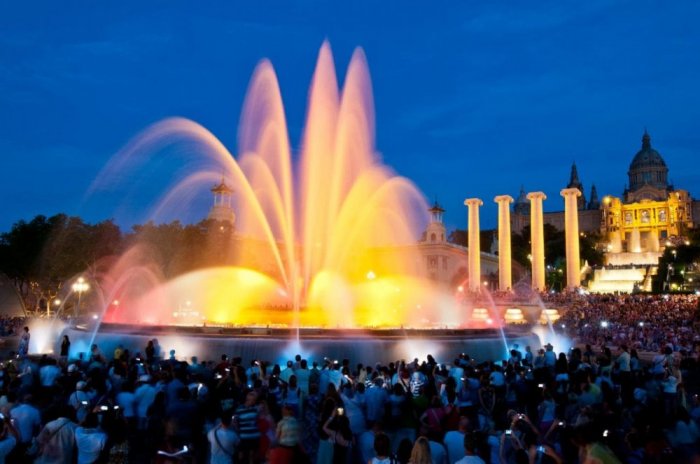 From the magic waterfall shows in Barcelona 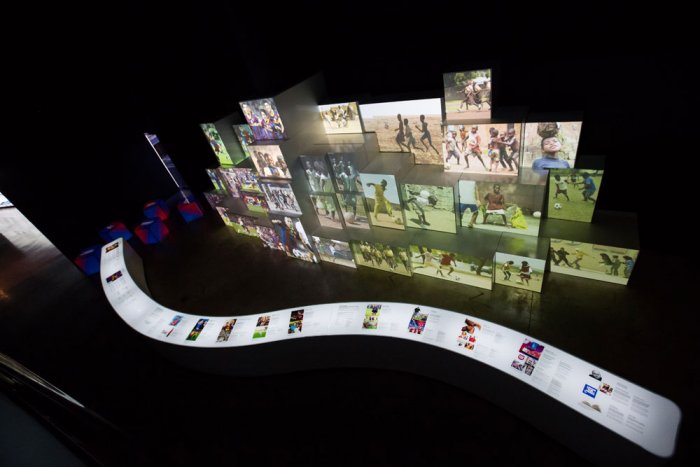 From the Barcelona Club Museum 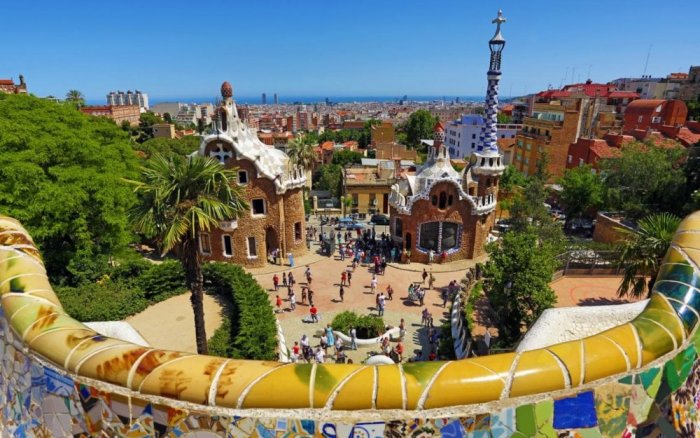 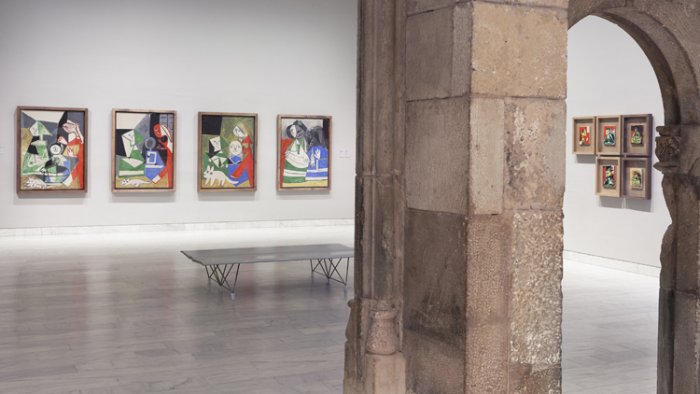 Inside the Picasso Museum 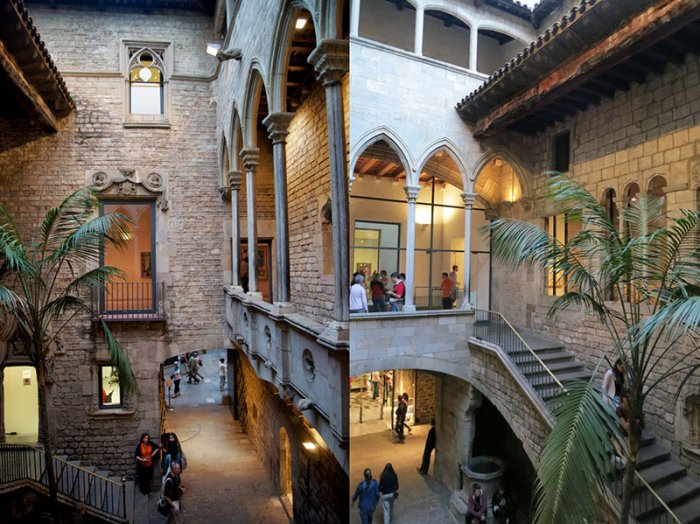 The Picasso Museum is located between 5 palaces 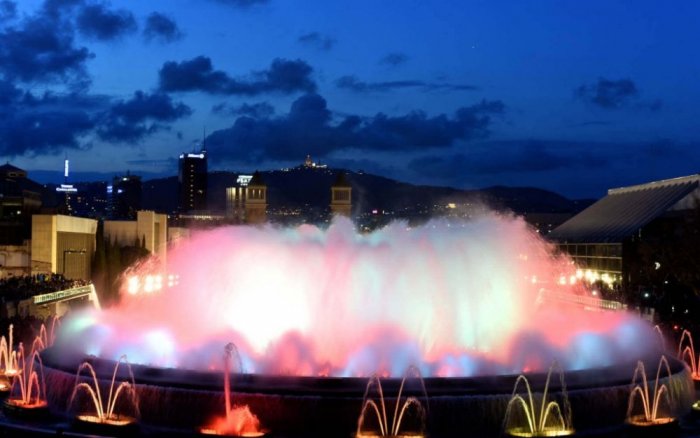 Not Sagrada Familia as it appears from afar 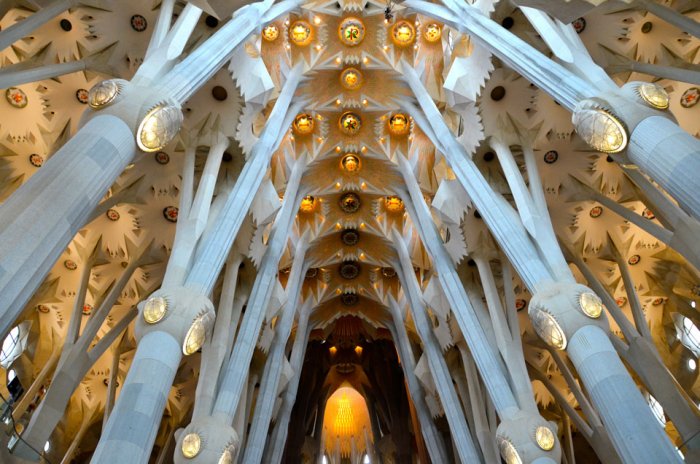 No Sagrada Familia from the inside 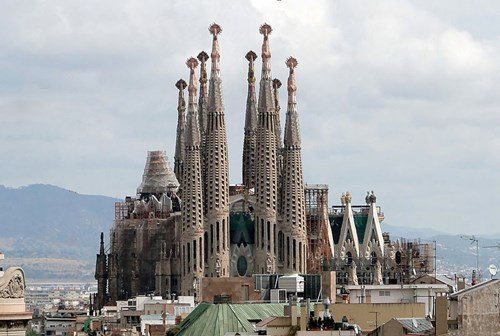 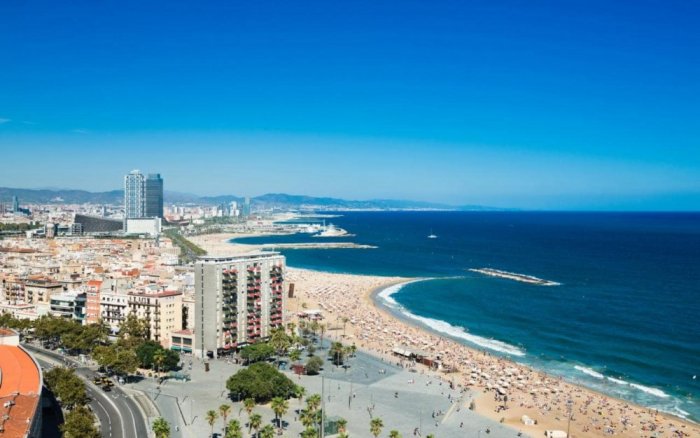 Thailand’s most beautiful tourist islands for the summer vacation