The city of Marrakech stands out for the beauty and charm of North Africa, with its liveliness, colorful colors, ancient heritage, and friendly people. This is highlighted by the various tourist attractions, such as museums, and monuments that fill the city, and it is also a great destination for shopping lovers, so its old and modern markets are filled with all that is attractive and original.

The most important tourist places in Marrakech

The souks of the Medina are among the most important tourist destinations in Marrakesh for tourists, due to the arcades of different colors and shapes. Beside the maze that takes you on a tour of legends and fairy tales. And don’t forget the fun of shopping where you can buy the most beautiful pieces and souvenirs. Among the most important of these markets are the shoe market, the carpenters market, the perfume and spice market, and the leather market. Don’t miss to go to the Bab Dabbagh Road, at the end of which you will find ancient tanneries of Marrakesh where animal skins are tanned by traditional methods. 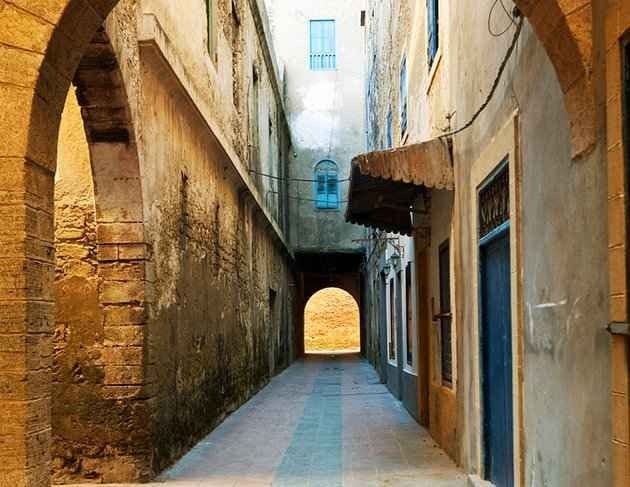 Djemaa El Fna is a huge square located in the center of Marrakesh, and leads to the old Medina. It is a private gathering full of liveliness, and the movement includes a number of stalls, musicians, narrators of stories, fortune tellers, and endless snake shows. A wonderful place that involves the magic of the whole of Morocco, as well You can head to one of its restaurants to enjoy a delicious meal, or head to the caves to enjoy a wonderful view of the whole square. 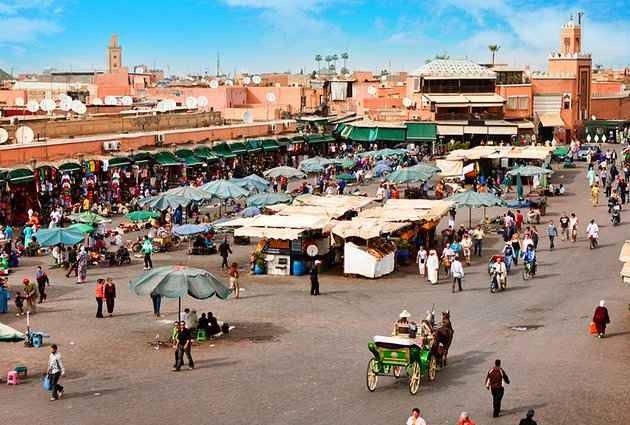 One of the most important monuments of Marrakech with a minaret of seventy meters in length, visible from hundreds of miles away. The Moroccan legend says that the muezzin of the Koutoubia Mosque was blinded by its tall lighthouse. The mosque was founded in 1162 and is one of the most important architectural achievements of the Almohad, and non-Muslims are not allowed into the prayer hall. 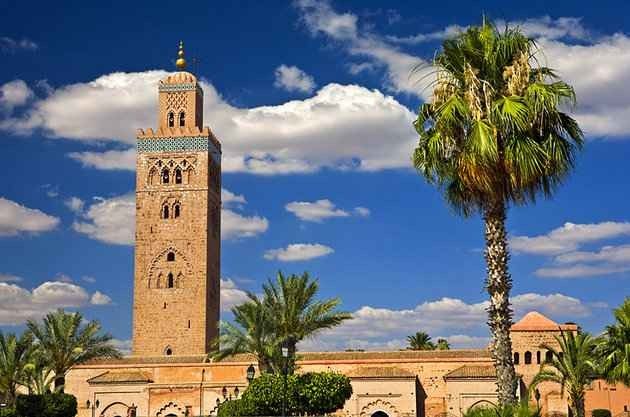 The Ben Youssef Madrasa was founded in 1565 by the Saadians, and is considered the largest religious university in Morocco. Classes and classrooms extend around the school’s main square, which each accommodates about nine hundred students. The school is designed in the style of Islamic architecture; the ceiling is decorated with limestone, and the walls are adorned with a wonderful Kufic script. 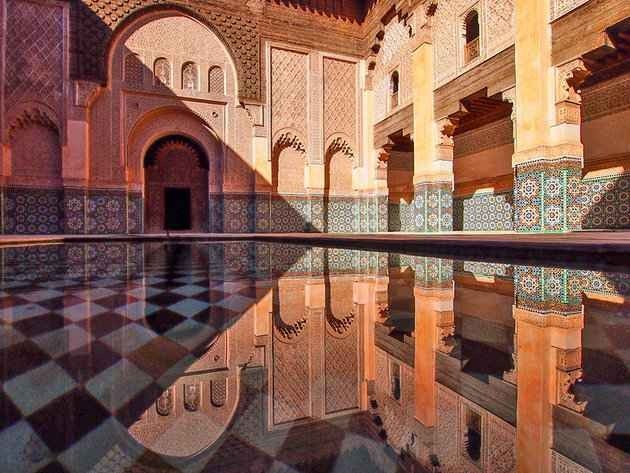 The Saadian tombs date back to the sixteenth century, and contain sixty-six tombs belonging to the Saadian dynasty who; ruled Marrakech in the period between 1524 and 1668 contain the tombs of Al-Hakim al-Mansur, his successors, and their families. It also contains a number of separate shrines, which are surrounded by a huge park. He was also buried with Moulay Yazid, and his own shrine was erected for him. 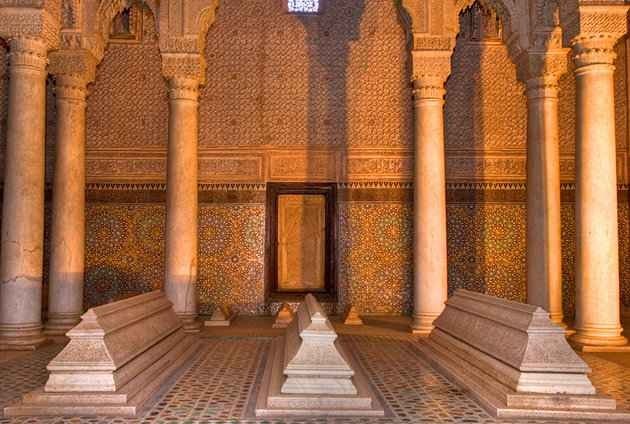 He founded the famous Bahia Palace in the nineteenth century, to be resided by the Grand Minister Bou Ahmed during the reign of Sultan Moulay Hassan I. It is distinguished for its interior design that dazzles the eyes. There, the Zelch tiles cover the grounds of the palace, and the painted and decorated ceilings. The palace is surrounded by a number of breathtaking flowers and breathtaking tall trees. 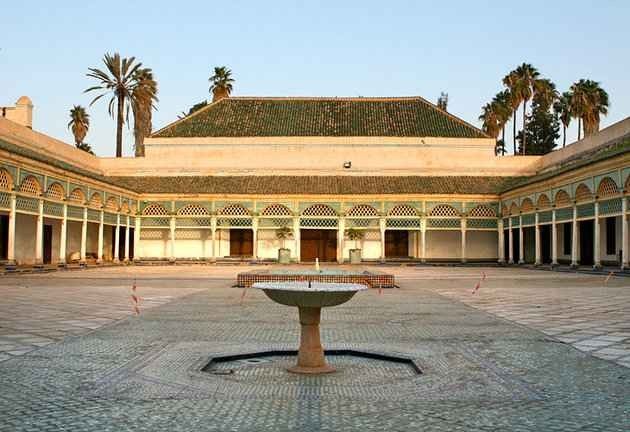 Founded by Minister Si Said, this magnificent palace houses many magnificent barbarian jewels; silver works, Taroudant oil lamps, clay artifacts, embroidered leather, and marble. There are also Moroccan carpets, an impressive and distinctive collection of traditional Moroccan doors, and window frames that; It stands out for the local architecture of this country.So it is a great place if you want to get acquainted with the stages of the development of art and crafts in North Africa.It is located near the Mason Tesquin Museum which includes; a collection of costumes, jewelry, weapons, musical instruments, furniture, and textiles. 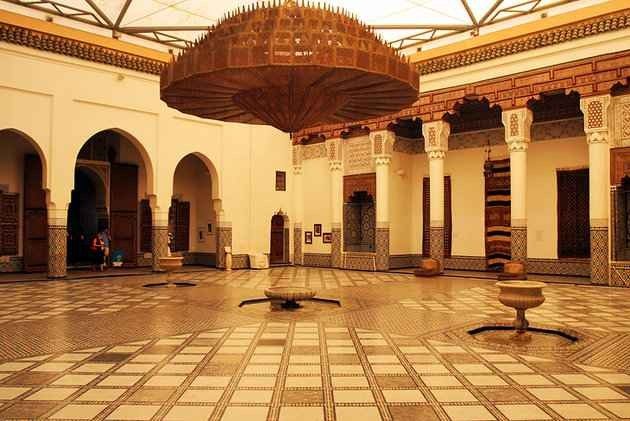 The Museum of Marrakech includes a distinguished collection that varies between contemporary Qur’anic inscriptions, traditional local ceramics, and textiles, which makes it among the most important tourist places in Marrakech. The building in which the museum is considered one of the most important tourist attractions for it, due to its design and distinct architecture. Impressive, it was the residence of one of the Moroccan government ministers. Its design combines traditional North African architecture with Portuguese style. It features a huge inner courtyard, adorned with a large, eye-catching chandelier. 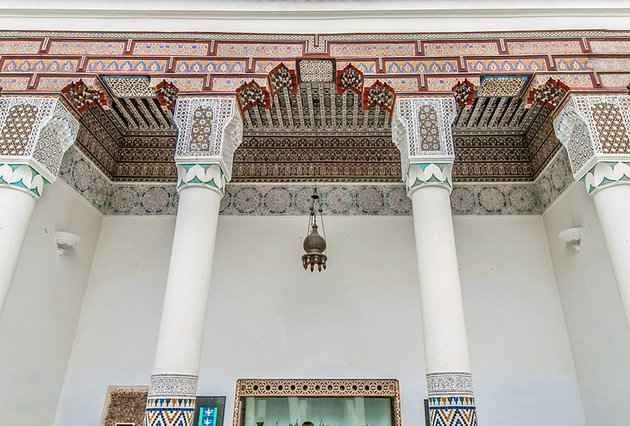 Also known as the Dome of Abadin, the oldest monuments of the city of Marrakesh. Founded in the twelfth century during the rule of Ali bin Youssef; no one knew the reason for its establishment, but some believe that it was a place dedicated to ablution due to the mosque that occurred next to it. The exterior design is simple; it is a square building with a dome, while the interior design dazzles its visitors; the ceiling Decorated with Almoravid decorations. Cora Moravid; the only building of its model that survived the unified invasion of the city; it demolished all the buildings bearing the Almoravid style. 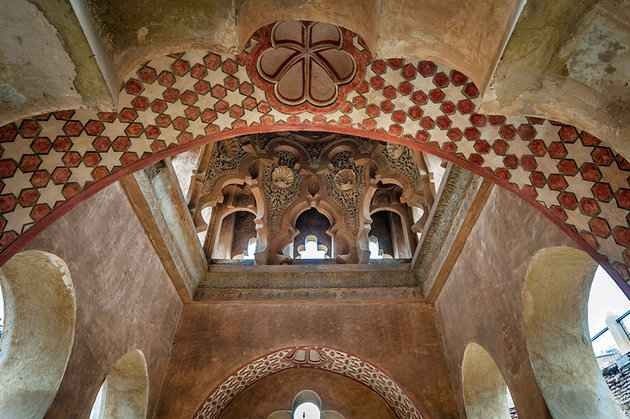 It is not possible to leave Marrakesh without visiting the Majorelle Gardens, which are botanical gardens full of cacti, palms, and ferns. Designed by the painter Jacques Majorelle, who knows his drawings that highlight the beauty of Morocco, he painted the garden in a completely blue color, which gives calm and comfort. It contains a small wing that includes a number of distinctive Islamic arts. 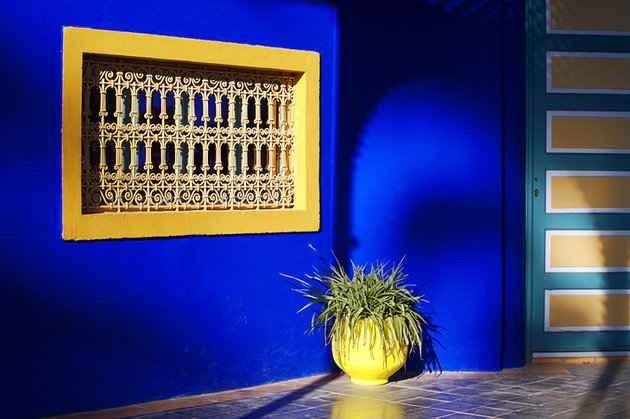 Located in the heart of Marrakech, the Menara Gardens are a great place to have some peace, tranquility away from the hustle and bustle of the city. A large pond lies amidst the garden, featuring a small pavilion founded on the water’s edge in the nineteenth century. It is a great place for locals to enjoy. For a fun picnic, and on vacations the park is filled with families where you can get to know the culture of this country 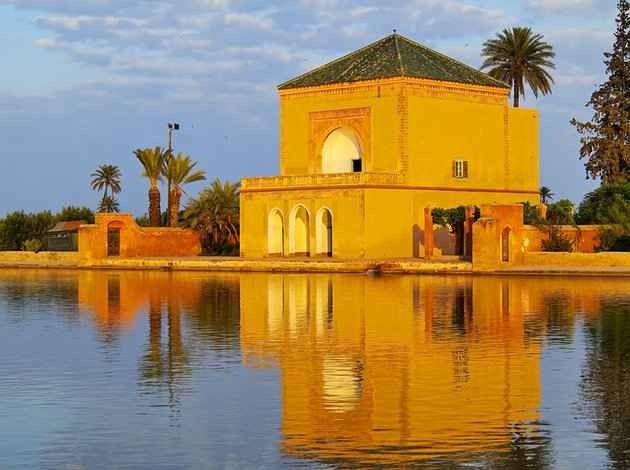 A charming village located in the south of Marrakesh, enjoying the picturesque green lands where you can enjoy calm, and avoid the pressures and problems of daily life. The village contains an ancient fortress, and today it is considered the most important hotel of the place, and pictures of the famous director Martin Scorsese’s film, London. 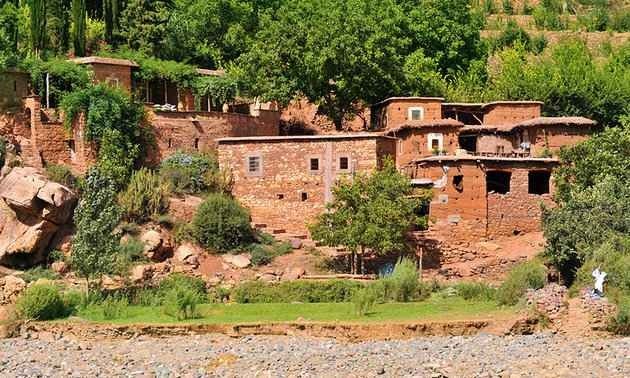 One of the most beautiful and most important tourist places in Marrakech and includes the longest mountains in Morocco, North Africa, Mount Toubkal, which reaches a height of four thousand four hundred and seventy meters. The park also includes a large number of hiking paths, where you can offload the pressure inside you as you can, climbing the mountain For an enchanting view of the area. 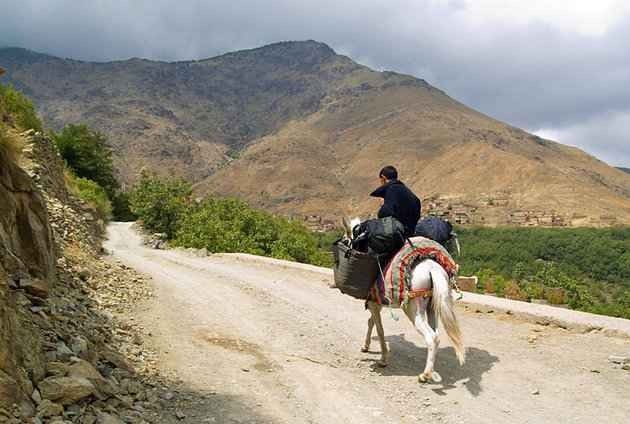 San Francisco from A to Z