One day separates us from New Year’s Eve and celebrations will be launched across the world, to welcome the new year people with joy and happiness with various and unprecedented celebrations such as that announced by Emaar in Dubai or the wonderful traditional such as the celebration of Time Square in the city of New York.

Today, in Arab travelers, we have chosen for you the 5 most important landmarks in the world to see New Year celebrations 2020:

With Emaar announcing unprecedented celebrations that were prepared more than 5 months ago, and news spread that this year there will be no fireworks in the central area of ​​Dubai and Burj Khalifa and will be replaced by unprecedented displays of laser and lights that will surprise everyone.

A traditional celebration in the square where more than two million people congregate to watch fireworks, lyric and dancer performances, and certainly the usual annual tradition is the descent of the crystal-encrusted ball when it hits 12 midnight.

On the banks of the River Thames the mega celebration takes place at the famous Big Ben watch and the London Eye spinning wheel. It can be seen from anywhere near these famous landmarks, but if you buy a ticket to watch fireworks, this means being in one of the 5 best locations on the banks of the Thames River.

Around one million people are at the Brandenburg Gate and the Victory Column in Berlin to celebrate the New Year and see light, laser and fireworks displays.
The festival to celebrate the coming of the new year also includes a number of live music performances, with the spread of many stalls displaying snacks from different kitchens of the world.

In the Southern Hemisphere, specifically on Copacabana Beach, Rio de Janeiro, Brazil celebrates New Year’s Eve distinctively, with more than two million people dressed in white dress on the beaches to wait for 12 o’clock to race to reach the sea and lighting candles and scattering flowers in the water, and of course with the launch Great fireworks displays. 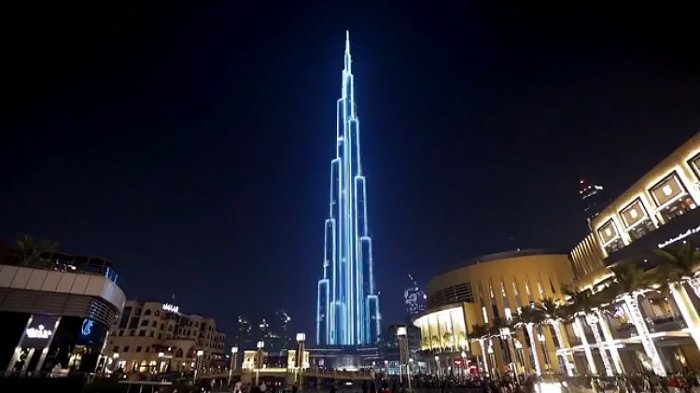 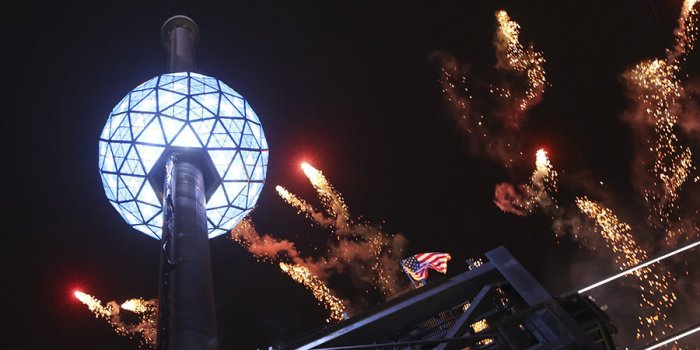 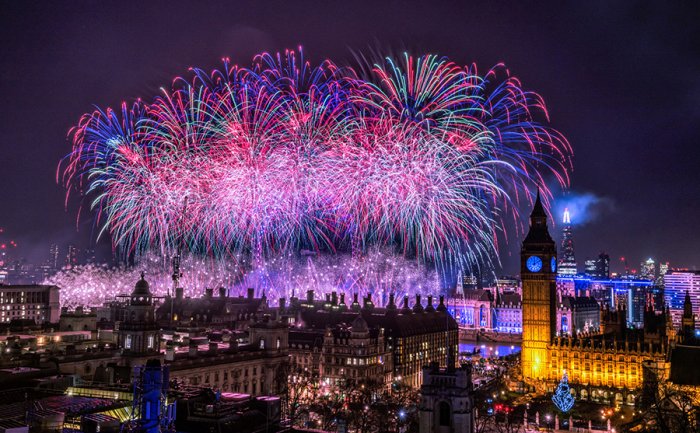 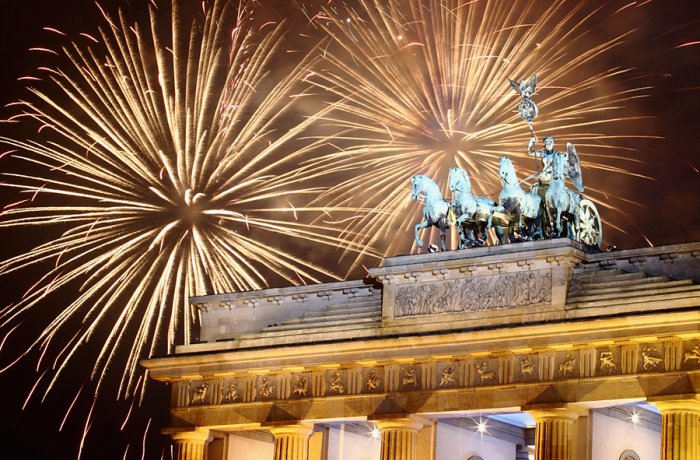 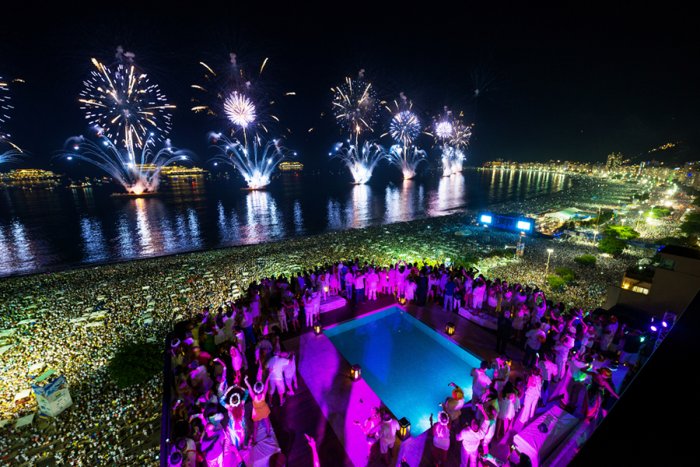