The museums in Al-Madinah Al-Munawwarah .. A tour between the museums to get to know the good history and its ancient heritage

The museums in Medina are the ideal destination through which tourists can get acquainted with the history of Medina; the city of the Messenger of God, may God bless him and grant him peace, which is still laden with his generous and kind breaths to this day. And there is no better than museums for visitors of the Prophet’s Mosque to know The sheriff is on the great historical events that she went through and lived through and her unparalleled heritage, as it is the city of the beloved, peace be upon him, that Muslims rush from every direction to visit it and visit the Prophet’s Mosque and know the events that took place in all its details in order to feel that they lived through it. The best of those museums In our next list.

The best and most important museums in Medina

The Dar Al-Madinah Museum for Urban and Cultural Heritage is the first museum in Medina to tell us the history of Thebes and its rich heritage, both historical and urban, and explains to the historical events that the city lived since the era of the Holy Prophet, may God bless him and grant him peace, and successive Islamic eras until today. This. As for the site of the museum, it is located on King Abdul Aziz Street in Medina in the east, and it was established in 2011 and contains holdings that explain to the visitors the prophetic history and the economic, urban and historical conditions that it has gone through in the past. 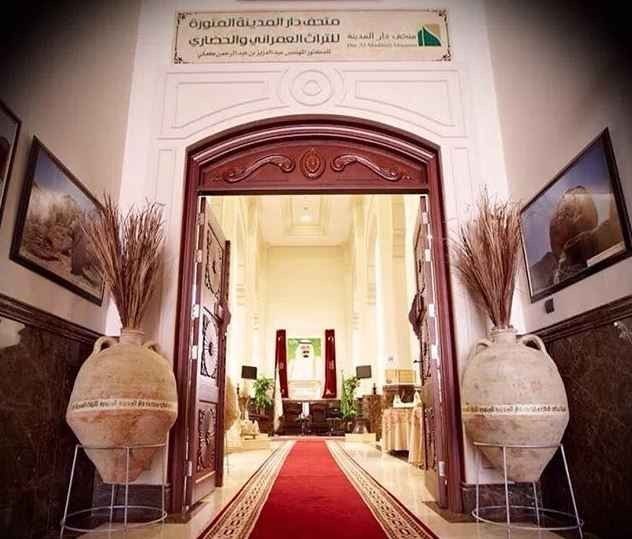 This private museum was founded by Ayed Hadid Al-Mutairi, and the museum is in the middle of the highway
Connecting between Medina and Jeddah; the museum is interested in displaying folk and traditional heritage throughout the ages in Medina. The museum consists of two large halls that are independent of each other and are dedicated to exhibits and heritage collections;
There is also a spacious board to welcome guests to. As for the collectibles exhibition halls, you will find the traditional exhibits spread throughout the halls on the walls, shelves and tables.
In specific corners and sections, where you will find a special corner for popular women’s clothing in the past and for men as well; and a special corner
With the essential accessories of the bride previously, in addition to the kitchen tools, stone tools, and pottery tools that were
People use them at home in the past. There is a large corner for antique weapons that vary between daggers, swords, spears, and old rifles, as well.
There is a corner for leather exhibits, implements and hand-woven artifacts; all these exclusive exhibits are distributed over
Eight corners. 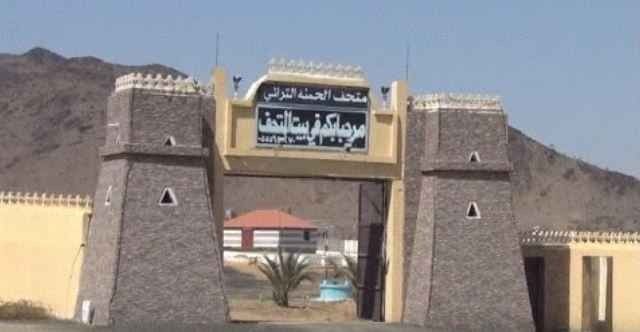 The Marine Biology Museum in Madinah

The Marine Biology Museum is the first of its kind ever and the only one in Medina, it provides a unique tourist experience
It is exceptional for its visitors, so they can see real mummified models of a variety of unique and rare marine life
Alien; predatory ones, and the pet, and some of which you may not have seen in your entire life, like brides and sharks.
Unique and poisonous turtles, scorpions, sea urchins, octopuses and many others. The museum includes a section dedicated to marine heritage, and this section contains a large variety of tools that were
They are used for fishing in the past and there are also modern ones, and diving tools. It explains the different fishing path and its development over time
The ages. 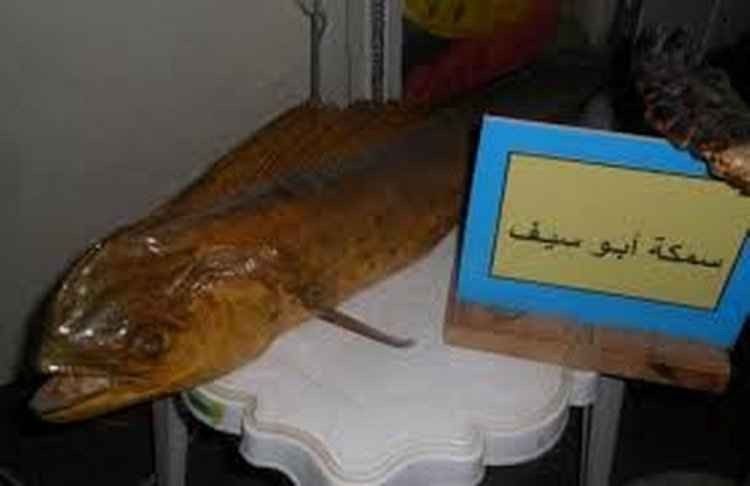 The Marine Biology Museum in Madinah 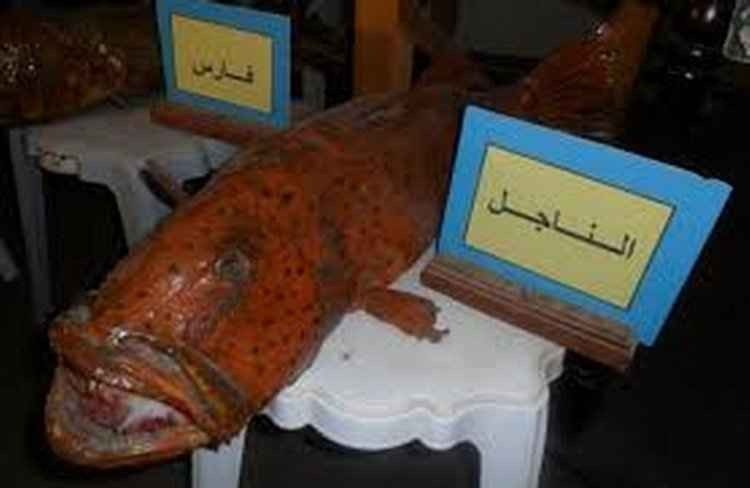 The Dinar and Dirham Heritage Museum is located on Quba Street next to the municipality, and it is one of the most famous museums in Medina and it is a component
It is only one floor and it is interested in displaying the original heritage collections in a distinctive way; and the museum was established by its owner
Abdul Majeed bin Mohammed Al-Khuraiji. These holdings include coffee makers such as coffee mills, utensils and utensils that were used in
Arab hospitality, in addition to al-Rahi, are tools used to grind grains in the past; they are also displayed in the museum
Heritage agricultural tools and lighting tools, and of course we cannot forget coins, antique money, and historical manuscripts
And maps and old photos that show us the rich history of the city of Habib. 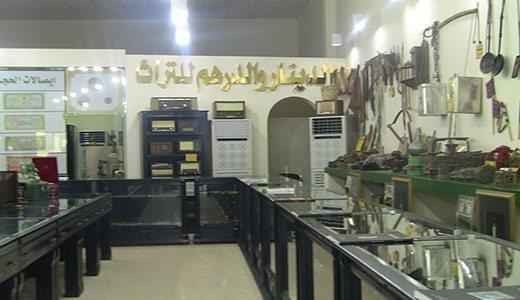 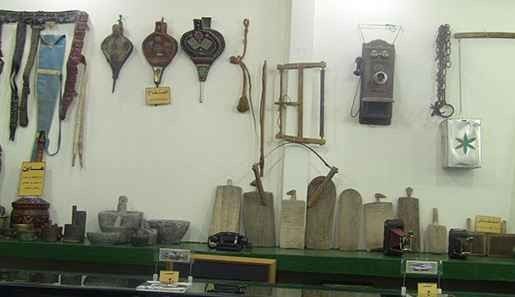 Dinar and Dirham Heritage Museum Read also: Malls of Medina near the Haram .. The best opportunity to shop without missing prayer times

The Khyber Madinah Museum occupies a large area estimated at one hundred and fifty square meters and is located in the Khyber Governorate, which is located in
Medina and is one of the best museums in Medina, the museum consists of only one floor, but it can accommodate a lot
Among the archaeological and historical exhibits of great value, the museum contains a large number of antique tools such as coffee tools and utensils, clamps, blowers and various tools.
Which was used for Arab hospitality, which you will not find in any other museum, in addition to old tools and weapons
Which was used in wars such as guns, swords, daggers, spears, pistols, several camel rides and horses. You will also find in the museum old agricultural tools, grain grinding winds, traditional irrigation tools, cash, old coins, and some
Maps and photos; he collected all those exhibits and was shown by the museum’s owner and new founder, Turki Ali Al-Anzi. 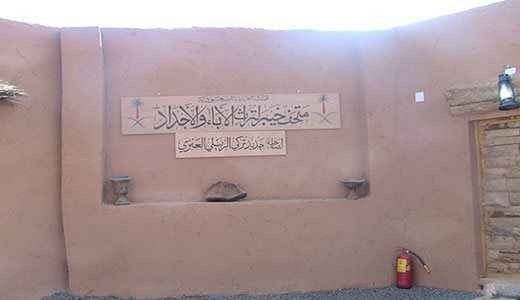 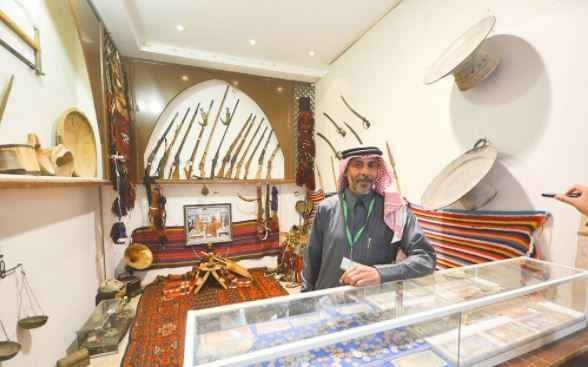 Parks in Medina .. The most beautiful parks and picturesque gardens in the arms of the Prophet’s city