The 3 best malls in Sharm El Sheikh are recommended

Home ⁄ Saudi Arabia ⁄ The museums in Makkah Al-Mukarramah .. and the 5 most beautiful museums are wonderful
Share on
Facebook TwitterWhatsapp

For lovers of Syrian cuisine, learn about Naranj Jeddah Restaurant

Makkah Al-Mukarramah is considered one of the most beautiful tourist areas in the world, as it possesses many different tourism capabilities and ingredients, which work to encourage tourism with it, and one of the most important tourist attractions that attract many visitors is the museums in Mecca.

The most important museums in Mecca 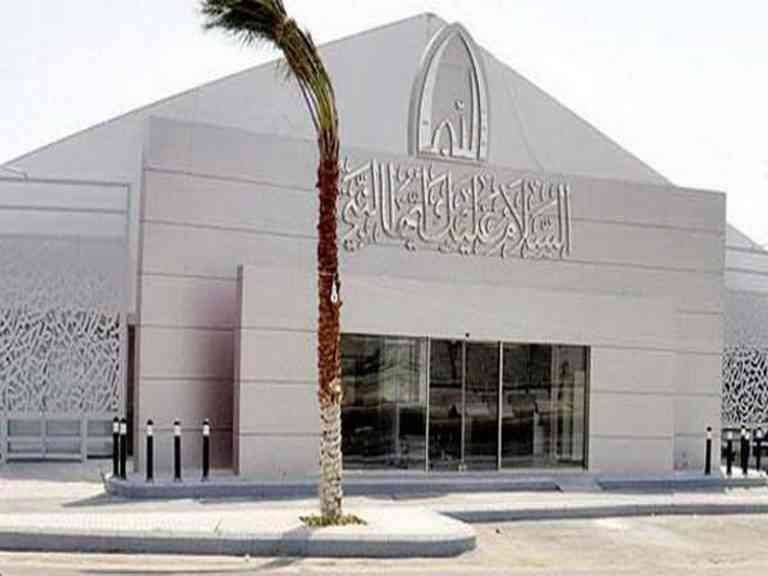 Museums in Makkah This museum is considered one of the most famous museums owned by Makkah Al-Mukarramah, and this museum is located in one of the most prestigious places in Makkah, where it is located on Al Aziziya Street in the famous World Trade Tower in Makkah, where it is located on the seventh floor of this tower, and this museum contains many Of the various Quranic verses as well as the noble hadiths of the Prophet, it can be said that this museum contains everything that was mentioned in the Qur’an and Sunnah, besides it contains many utensils, weapons, clothes, various furniture and many other possessions that the Messenger, may God bless him and grant him peace, have used in Al Ahha With the Prophet, in order to work on explaining the hadiths of the Messenger, may God bless him and grant him peace, in an applied, scientific way that the mind easily absorbs, and which individuals do not forget throughout their lives, all this in addition to using the latest technological methods and very high technologies in the processes of photography, presentation, embodiment and various explanations to describe unknown concepts In both the Qur’an and the Sunnah, and work on displaying the various facts of the Qur’an and Sunnah based on modern techniques.

Read:All you need to know about tourism in Dammam

The Human Heritage Museum in Mecca 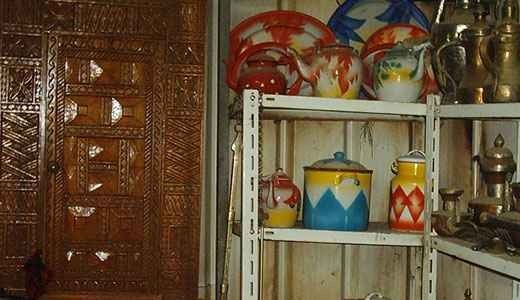 This museum is considered one of the best famous museums in Mecca, and this museum is located in the famous Aziziyah neighborhood of Mecca, and this museum contains 10 rooms and exhibition halls that are all used to work on displaying the various holdings of the museum, in addition to displaying a group of simple holdings between corridors These rooms are in a coordinated and simple way, and this museum contains very wide collections of ancient artifacts and different collectibles, which affected the way it is presented to visitors due to its abundance and congestion. Collections inside the museum are displayed through three different forms, which are displayed in the display or display cases by placing On the shelves, or by hanging on the wall, the museum halls are used as follows: The first hall includes many old photos, different men’s clothing and other different tools that express the Hijaz card session. The second hall contains many different cooking tools, pottery, farming tools, and others. The third was prepared to be a small shop. The fourth was prepared for the possessions and weapons of war. The fifth was to display ancient crafts and professions. And the sixth for irrigation and watering tools. The seventh for kitchen and cooking tools. And the eighth of women’s clothing. The ninth for the radio. The tenth has old school collectibles.

Read:Here is a list of the best cafes of the city at the campus 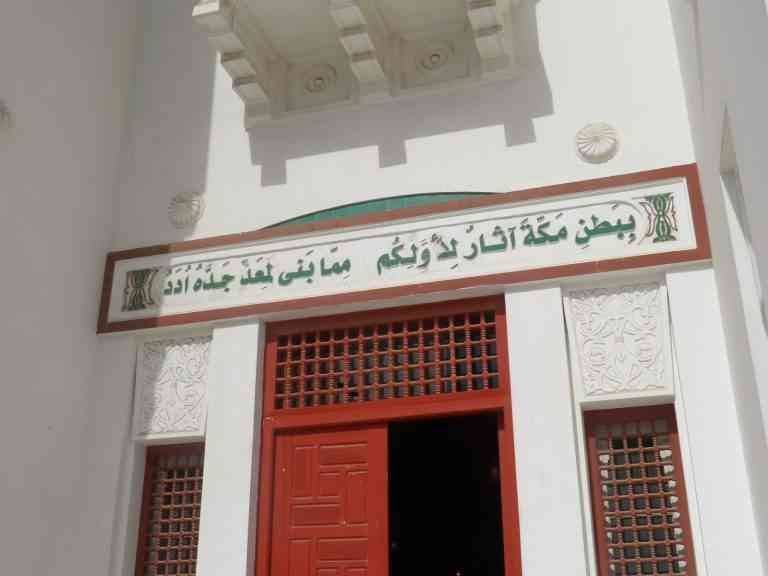 The museums in MakkahMakkah Museum is one of the wonderful museums that exist in Mecca, which is considered one of the most important tourist attractions that attracts many tourists to it, and this museum is located in the famous neighborhood of Al-Zahir, which leads to the path of the Mosque of Umm al-Mu’minin, may God be pleased with it, and this museum is present Specifically in the palace of the late King Abdul Aziz, may God have mercy on him, which is the famous Al-Zahra Palace, and after the death of King Abdulaziz, this palace was converted into a museum, and this museum consists of three different floors and includes fifteen exhibition halls, all of which are used to display different groups of Techniques according to the historical era M. The old n to a hadith as it contains from the halls what contains various shows and techniques to pre-Islamic antiquity, and another hall that contains the Holy Qur’an, in addition to that there is a hall that provides the prophetic biography of the Holy Prophet, peace be upon him, and there is a hall for the effects of the kingdom, in addition to A hall for the various exhibits of Islamic civilization and the rich Islamic heritage. There is also a hall for pilgrimage, and a hall has been devoted to the special heritage of Makkah only, in addition to a hall showing the huge architecture of the Sacred Mosque, and other different halls.

Read:List the cheapest hotels in Yanbu

The Museum of the Meccan Heritage House 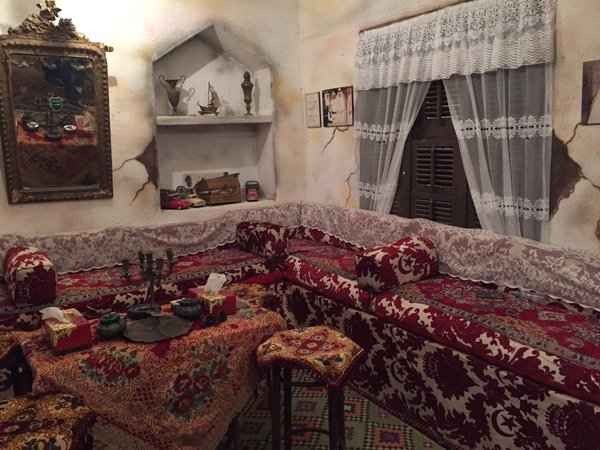 This museum is considered one of the most wonderful museums in Mecca, and this museum is located in the Rusayfiyah neighborhood, near the school of Etab Ibn Asid, and this museum contains many wonderful archaeological collections, including these valuable artifacts, very old coins, in addition to a wide range Of postage stamps, it also contains a different set of wooden tools, as well as metal and marble tools, in addition to a different set of utensils besides textiles belonging to the very ancient Makkah Al-Mukarramah, it also contains a large group of ancient war materiel, including swords and Khan Traction and guns, and also contains a wide range of old devices such as phones, recorders and very old cameras, and furthermore it contains different tools presented in a very organized way to more than 40 different professions and each tool set for a specific profession is presented as a group together under the title of the special profession Them. 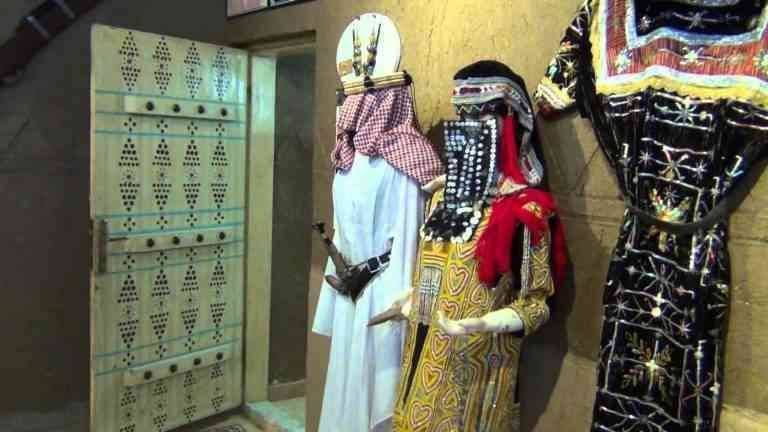 The Al-Amoudi Museum is one of the most famous private museums in Makkah, which expresses a specific time period. This museum specializes in displaying many different holdings of folklore within Mecca, and also includes a wide range of holdings of the royal family and the royal house, and the museum is divided into many The different departments, and these sections contain many holdings, including the ancient Meccan traditional clothing, and the traditional machines in addition to a wide range of ancient coins, in addition to the Hodja and a wide range of machines that are used in handicrafts, in addition to a group M Various of ancient musical instruments, and this museum works to develop cultural and civilizational awareness of visitors about the various traditions of the Meccan society, as it shows the civilized humiliating development of Mecca, and therefore the Al-Amoudi Museum is one of the most famous museums in Mecca, and is considered one of the most important sources of attracting visitors to Mecca, Do not hesitate to visit him to learn about the wonderful human heritage of Makkah Al-Mukarramah, as it is one of the most important museums for children to learn about the heritage of their ancestors.

The most prominent landmarks of Thailand

What is the capital of Kentucky

Tourism in Ottawa .. Find out the most beautiful tourist destinations in the Canadian “beauty” capital

The best Maldives for grooms

What is the capital of Paraguay

What is the capital of South Africa