The Seychelles: the jewel of tourism in Africa and the most beautiful nature reserves in the world

The Seychelles Islands are among the few tourist places around the world that still retain their innate nature within the group of tropical islands around the world. The Seychelles includes an archipelago consisting of 115 islands with coral beaches, rain forests, and a large number of unique places that the State UNESCO has included in its list of human heritage.

Seychelles is located to the east of the state of “Kenya” near the equator, and is considered to be almost half of its area as natural reserves. . As for the pure turquoise waters, there are hundreds of things that tourists can do. One of the things that attracts a lot of tourists during visiting Seychelles is swimming, snorkeling, surfing, sailing and sailing in addition to fishing in one of the richest water environments in the world. Depths among the archipelago is the most developed and civilized areas that attract a growing interest from tourism investors. Examples of these islands (Mahé, Praslin, La Digue), which include high-end tourist resorts. The island of Mahé includes the small capital (Victoria) as well The international airport and the The National Park and the seaport. On Praslin Island, May Valley can be visited as one of the unique human relics on the UNESCO list.

The most beautiful tourist places in the Seychelles

One of the sandy beaches that has a curved crescent moon shape in the south of the coast is characterized by being relatively isolated from the rest of the beaches. The beach attracts fans of water adventures such as surfing and water skiing because of its strong long waves, but on the other hand it becomes a very dangerous place for those who like swimming and diving. 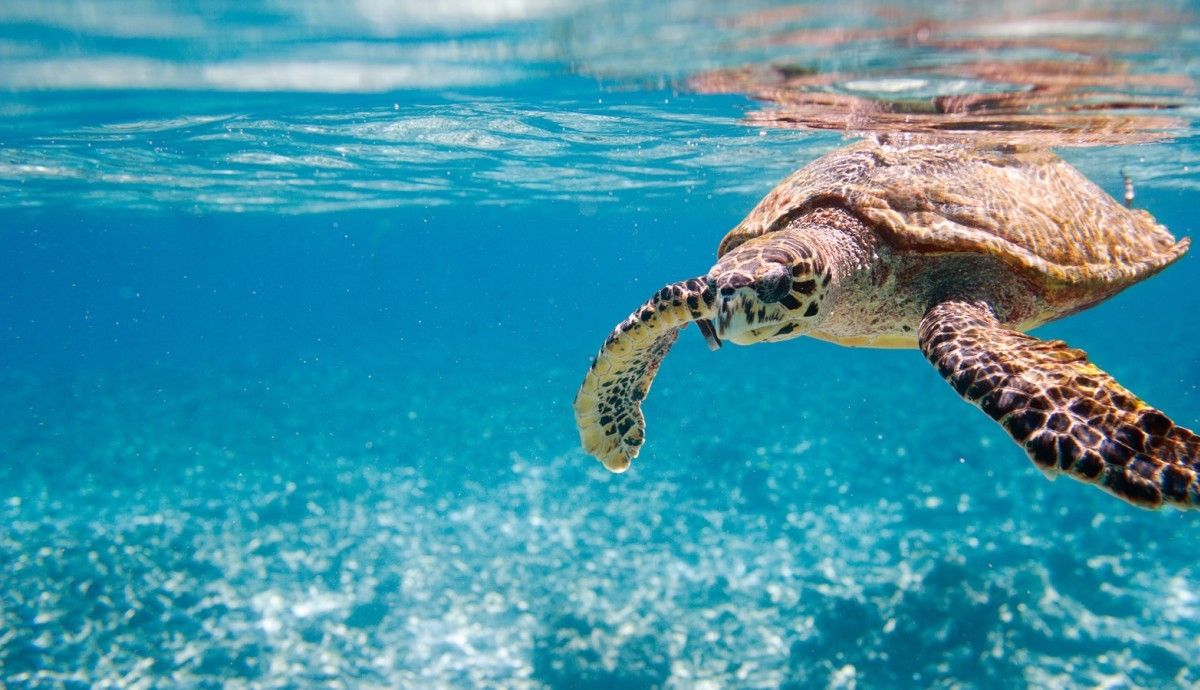 For those looking for a private place to spend time on the beach or take memorial photos with turtles scattered on the beach.

One of the most charming villages named after a French tourist sent by the French government to explore the island in the eighteenth century. One of the tourist areas on the island is the area of ​​the Gothic Church through which you can get a panoramic view of the place. 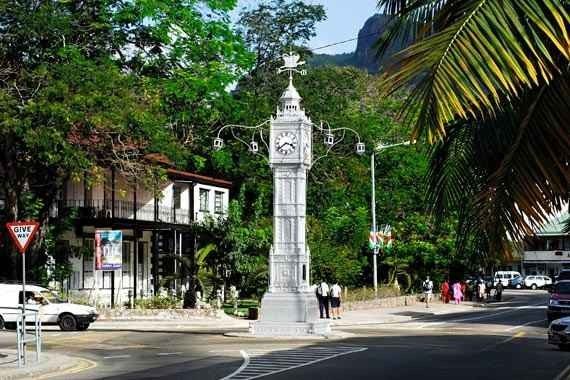 Victoria is the small capital of the Seychelles Islands and named after the English Queen “Victoria” after crowning a queen over Britain and it is also the only sea port of the country. The city’s history dates back to about 100 years ago and is originally a group of botanical gardens that include exotic plant and animal phenomena such as Flying wolves, giant turtles, and huge orchids. Also read: The cheapest Asian cities for tourism in 2020 The city still retains some of the remaining architectural buildings and monuments from the occupation period, especially around Freedom Square, and the “clock tower” building is perhaps the most famous of these buildings and is growth Miniature glass from the famous “Big Ben” watch in London, dating back to 1903 AD. 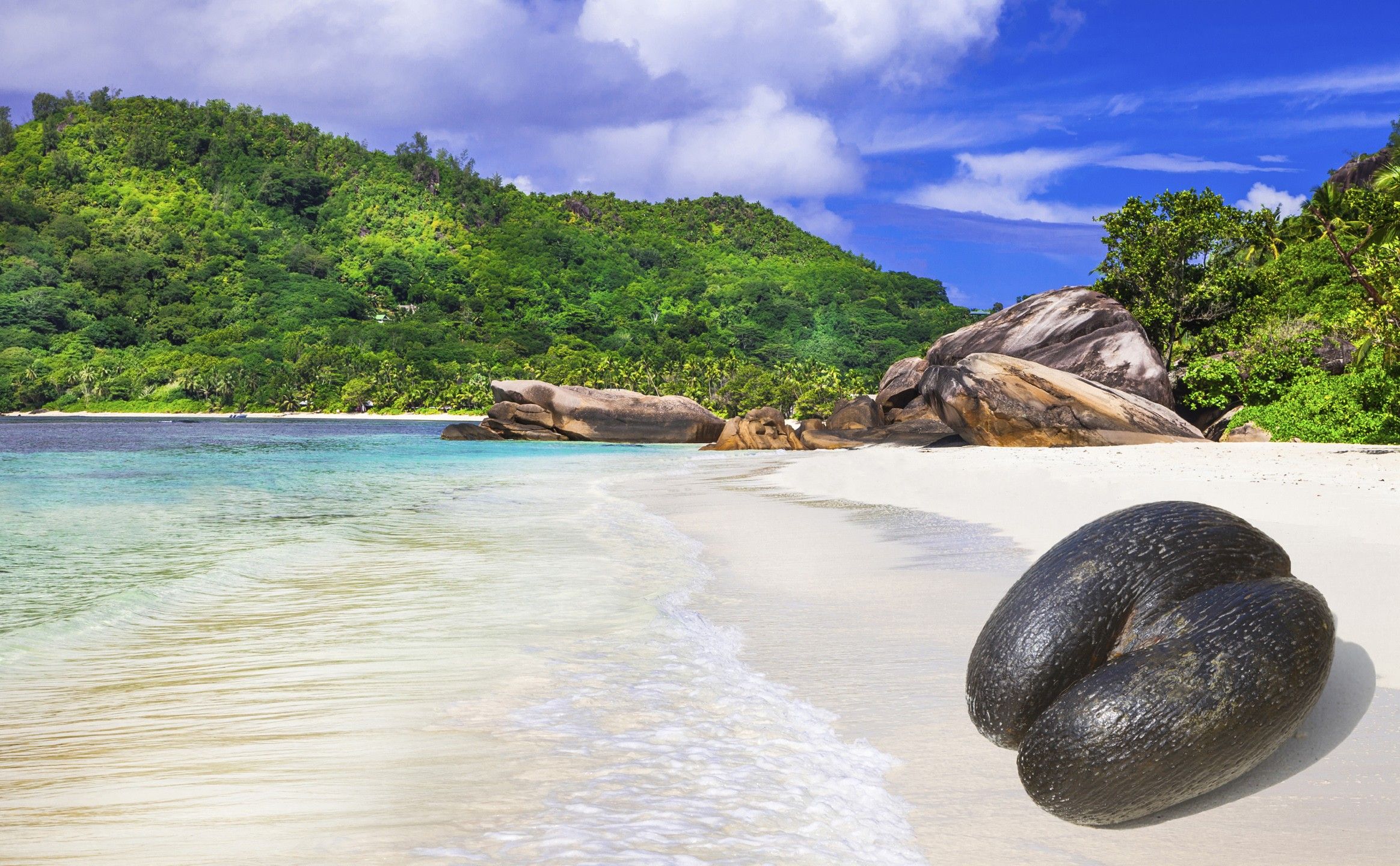 One of the buildings of historical importance in “Freedom Square” is Saint Paul’s Church, which was built on the ruins of the first church found in Seychelles, but it fell due to a sudden hurricane in 1862 AD. Among the tourist places in the capital, “Victoria” is a statue of three pairs of bird wings symbolizing the ethnic origins of the population (European, African, Asian). 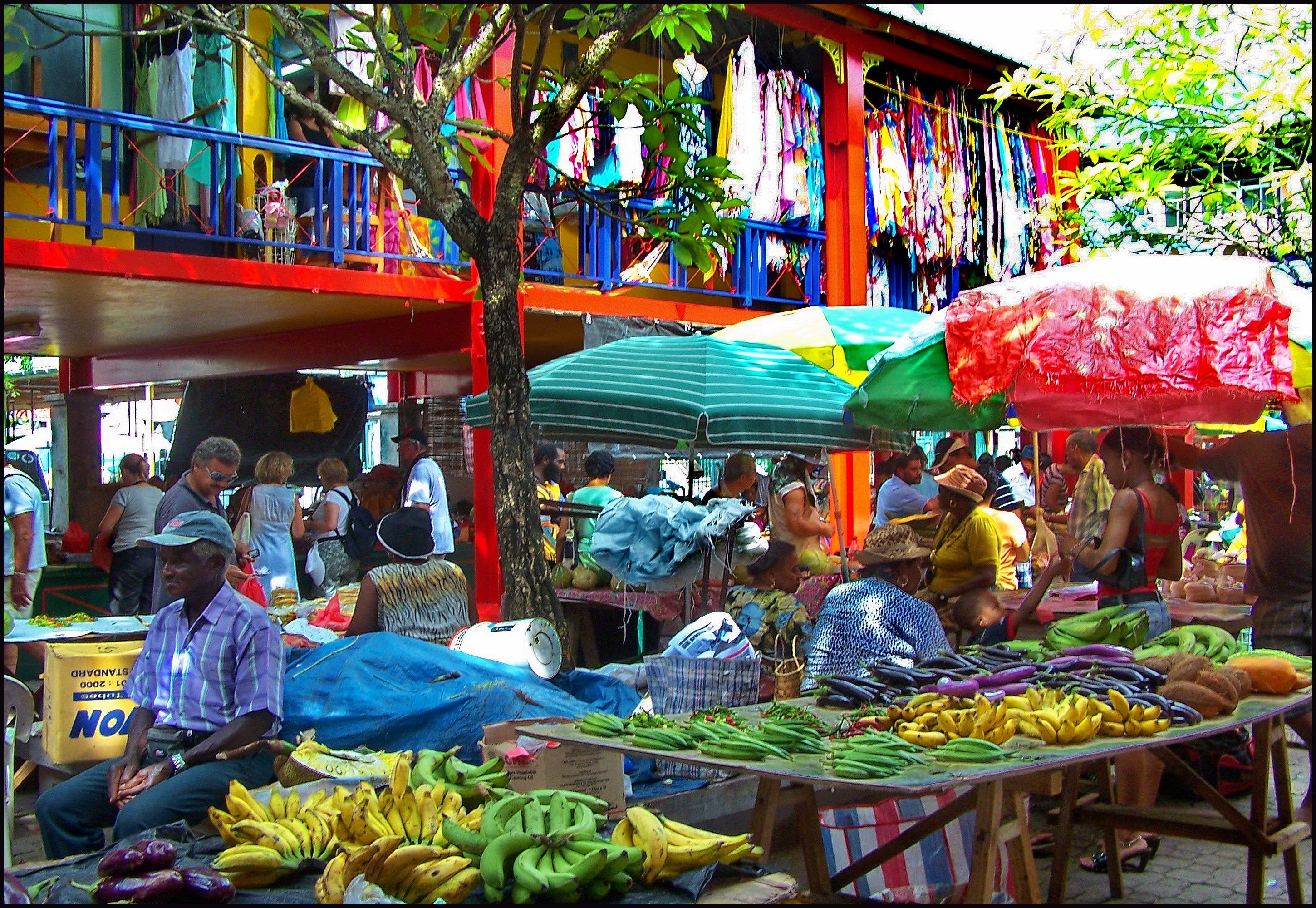 The main shopping venue in the capital is the Sir Selwyn Clarke Market, where locals sell fish, fresh fruits, vegetables, and many shops that specialize in selling handicrafts and souvenirs that start with miniature ship models and end with pearly ornaments. Distinguished in the capital, the Natural History Museum, which displays some handicrafts of local people throughout history.

Mahé Island is the largest island of the Seychelles and most popular with tourists. The island includes a large collection of tropical forests, mountain peaks and more than 65 beaches with diverse plant and animal phenomena.

Praslin Island is known as the Palm Island due to the spread of coconut trees, and it is also the home of the Mai Valley, one of the most prominent natural sights in the world.

The fourth island in terms of area between the archipelago and the first tourist destination for lovers of nature and the life of traditional islands where cars and modern means of transportation disappear and only bicycle and animal-drawn carriages are used. Read also: The most beautiful tourist places in the Maldives Part of the island is used as a natural reserve for some endangered animals, There is another part for the coconut pulp drying factories and one that is considered a farm for local fruits. Water sports, especially diving in the depths of coral reefs and mountain climbing are among the most famous tourist activities on the island. 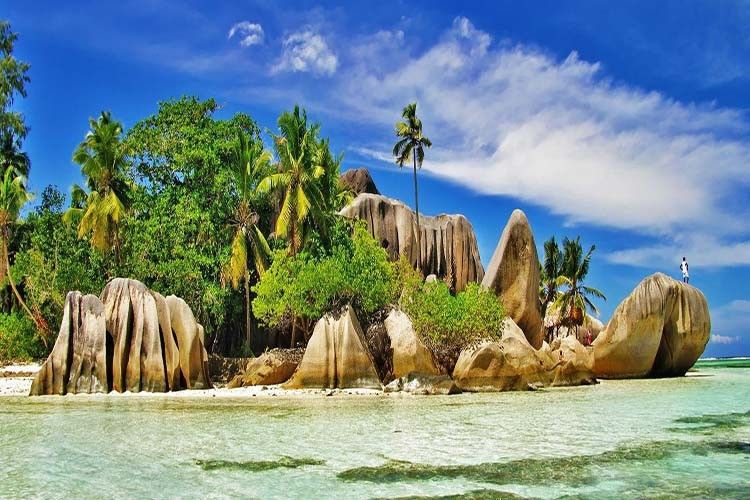 One of the most beautiful tourist places and one of the natural areas recorded on the lists of the UNESCO Human Heritage. The island has a large lake filled twice daily with water, as can be seen many rare marine animals in addition to thousands of birds and exotic wild animals. The island inhabits about 200,000 giant tortoises, which is the largest number that It exists in one place around the world. 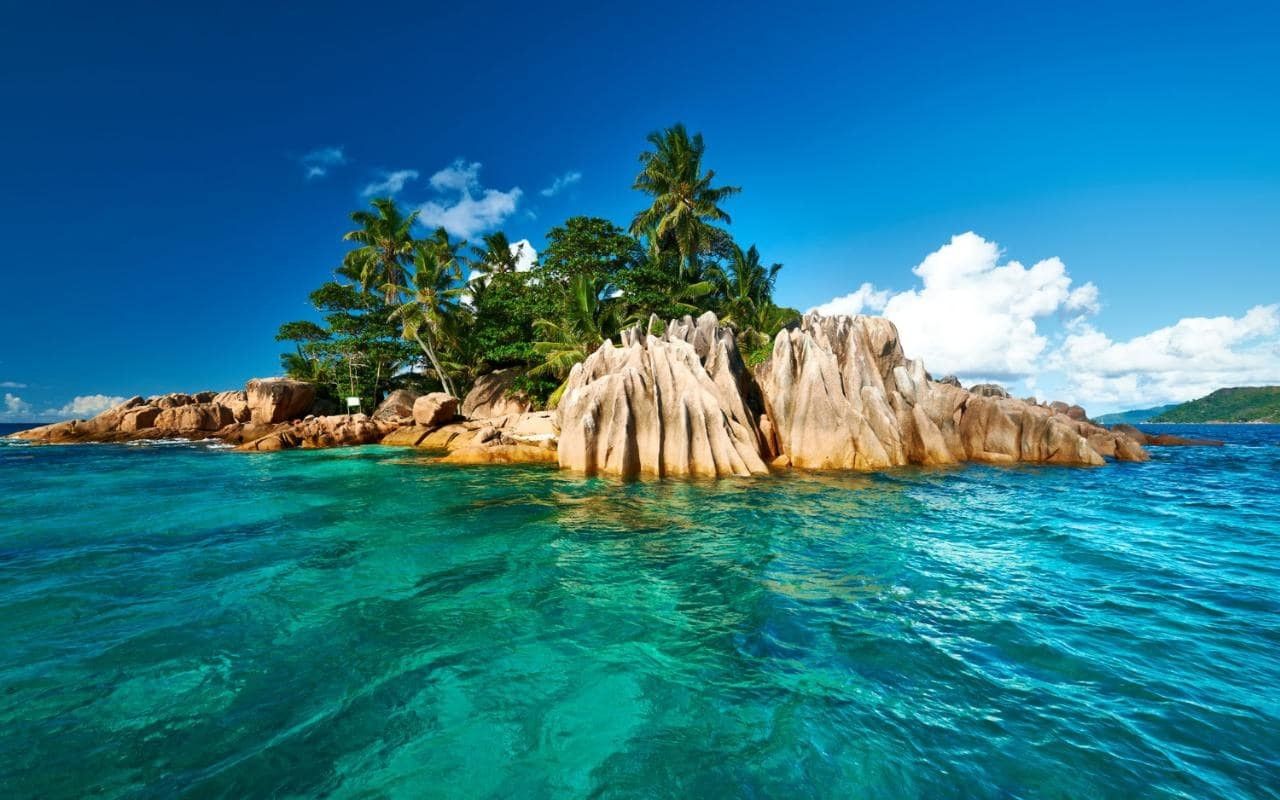 On the northern side of Praslin Island is one of the most beautiful beaches in the world surrounded by granite and rich in colorful coral reefs. The beach is considered one of the best places to practice water sports such as: tourism, diving or lying down and enjoying calm under the shade of the many trees scattered everywhere. From restaurants and cafes on both sides of the beach. 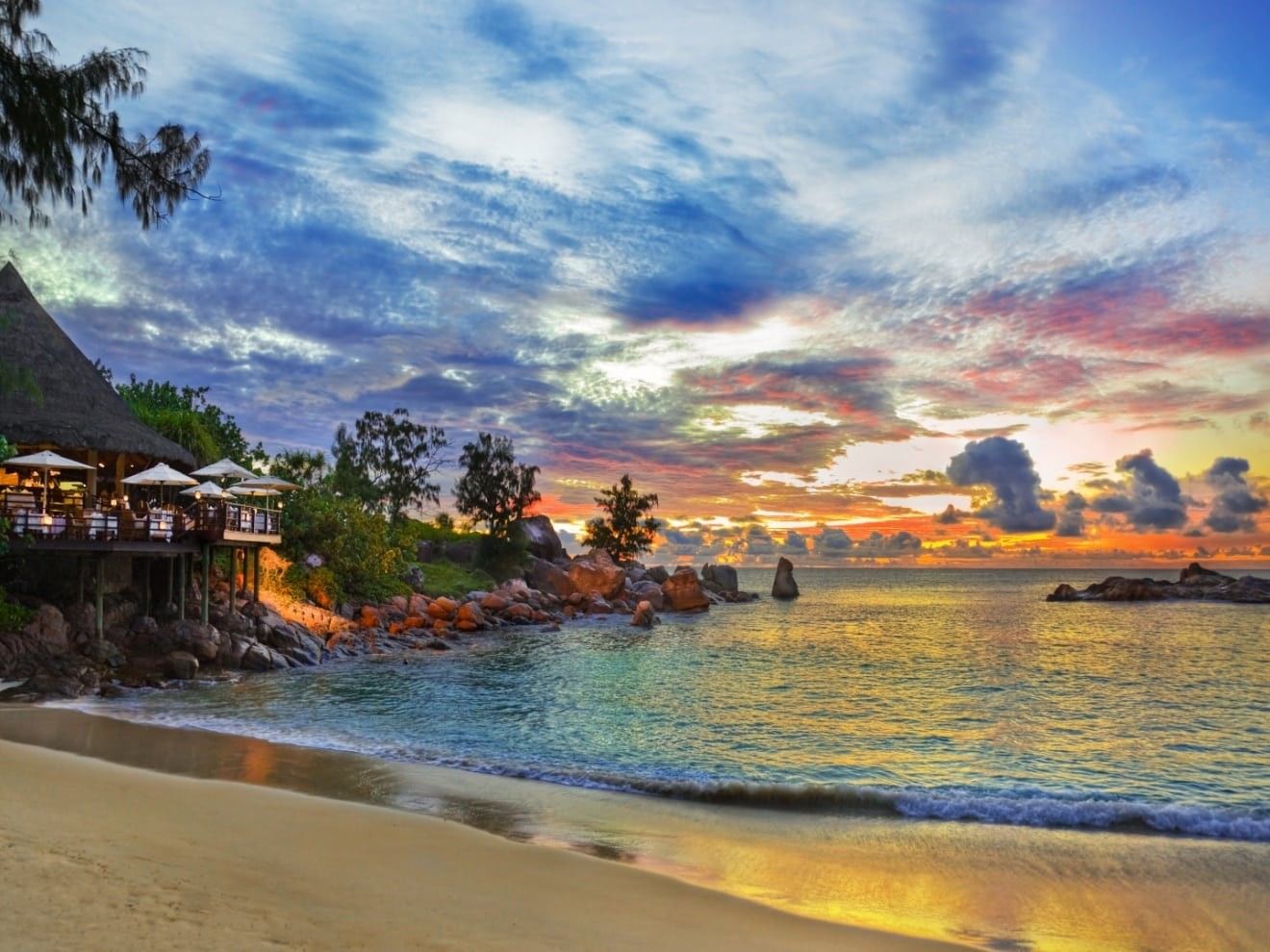 The vast national parks are a popular tourist destination for Seychelles visitors.

Cousin Island was declared a nature reserve in 1968 to protect sea turtles and songbirds in particular. The island is located just 2 km from the well-known island of Praslin. The reserve includes a large group of local birds such as long-tailed ravens, henna, lunar and birds The sea slotted tail and many other tropical birds. 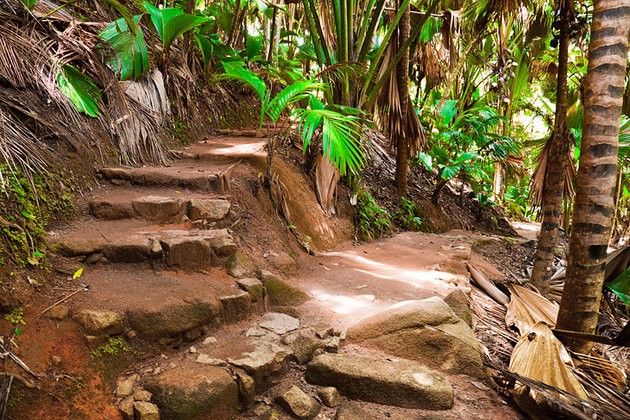 The National Park (Vallée de Mai) is the most important natural tourist attraction in the country. It contains the oldest prehistoric forests that contain at least about 4000 examples of fruit trees that are found only in Seychelles! Due to the age of humankind, it still stands tall and extends its branches and shadows to tourists, given the human importance and the unique value of the Vallée de Mai National Park, chosen by UNESCO to be on its list of human heritage. Like Parrot black National Flying Sichl.la take a visit and explore the valley more than 50 minutes including the ups and downs of mountain tracks. 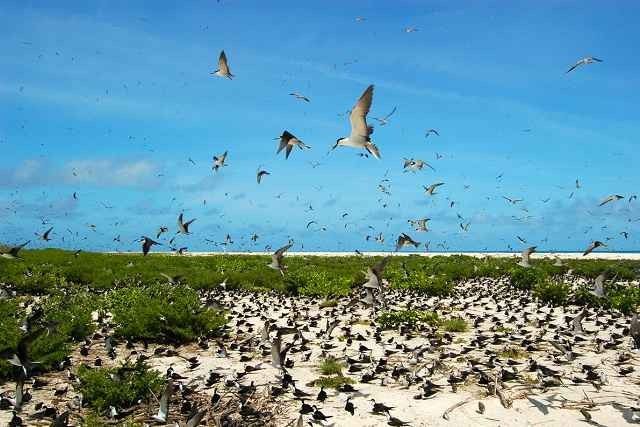 It is one of the most beautiful natural reserves and is home to 1,500,000 migratory birds during the period from May to October every year. The park provides elevated platforms for hunters and memorial photographers for a clearer view of the birds. 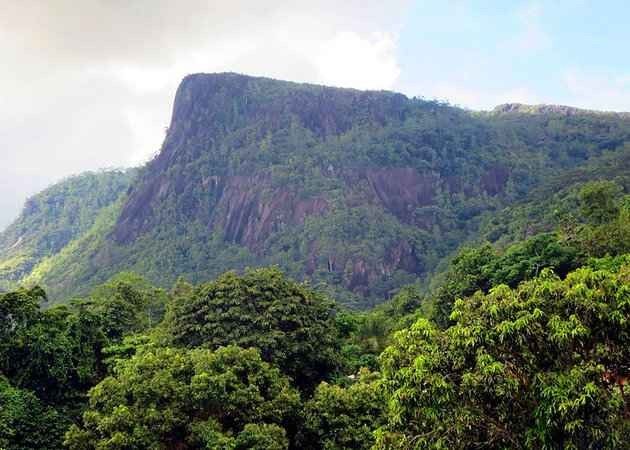 The largest national park in each Seychelles and covers alone more than 20% of the area of ​​the island (Mahi). The park is distinguished by its high mountainous green peaks and has the highest peak in the country known as (Morni Seychelles) which reaches a height of 905 meters. Tourism activities vary in the park From: walking tours on tea plantations and green areas to climbing to swimming and diving on the beaches.

An ancient park was known as the (Red Garden) due to the color of its reddish soil, which differs from the rest of the islands in Seychelles. Now, the island is a natural reserve to implement a program to preserve the life of giant sea turtles and increase their numbers. Tourists can see these turtles roaming freely around the dunes. The garden is also one of the places where coconut trees abound. There are some ancient human relics on the island that were used in previous periods as a colony for leprosy, where on the south side there are doctors ’homes and ruins that represent patients’ homes.

My trip to Los Angeles