Al-Harrana Palace is one of the most famous desert castles located in the east of Jordan, about 60 km from the capital Amman. The palace is considered one of the examples of Islamic architecture affected by Greek and Byzantine art, and it is believed to have been built before the early eighth century AD.
The internal arrangement of the building does not suggest that it was used for military purposes, and it is most likely that it was for royal holidays, despite its lack of water source, and due to its proximity to the Jordanian capital, the palace occupied the highest ranks among the list of the best and most visited tourist places in Amman Jordan.
It can be said that the Harrana Palace is one of the most important tourism sites in Jordan, and is a favorite for archeology lovers inside and outside the country. 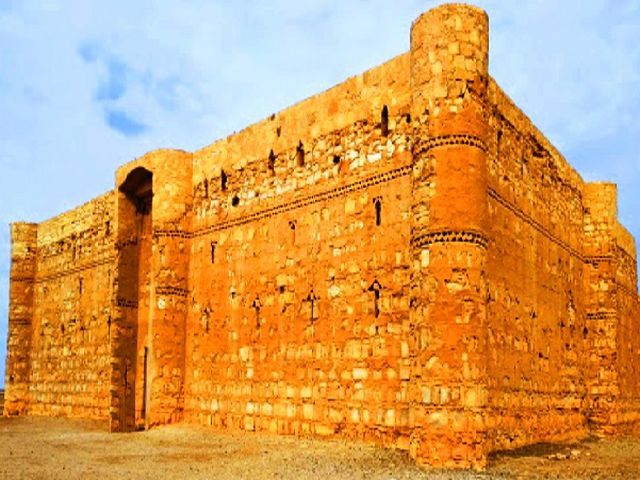 Activities you can do in the Harrana Palace

• To reach Harrana Palace, you can participate in one of the safari trips organized by most of the tourism centers in Amman or Azraq. 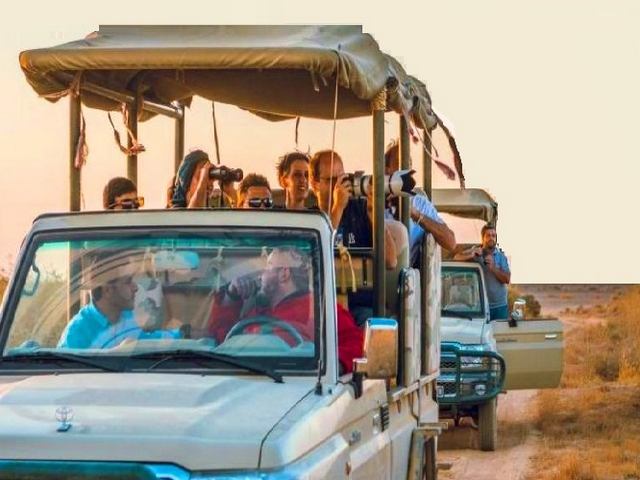 • Upon reaching the palace, you can then wander around to get to know him, and take some pictures of nature and building, especially for his decorated portals. 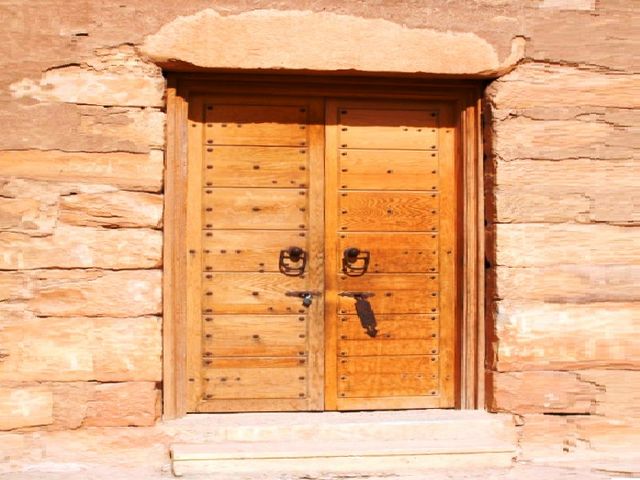 • You can then enter the unique palace courtyard, which includes some scattered monuments, and where you will see the doors and windows topped by arches. 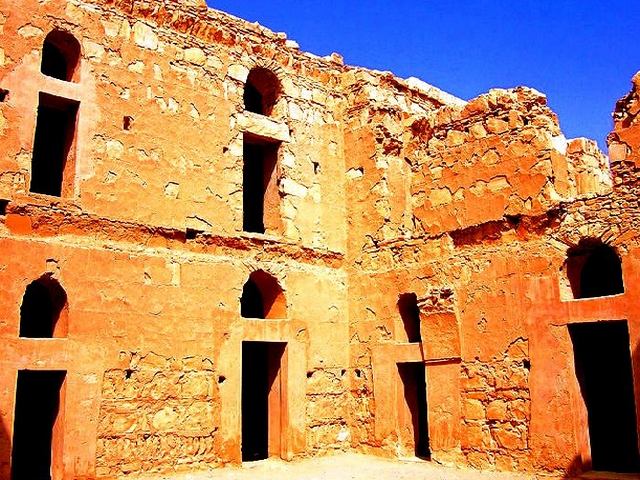 • The palace includes about 65 rooms, each with its own character, where you can enjoy seeing the influence of Islamic architecture with Greek and Byzantine architecture. 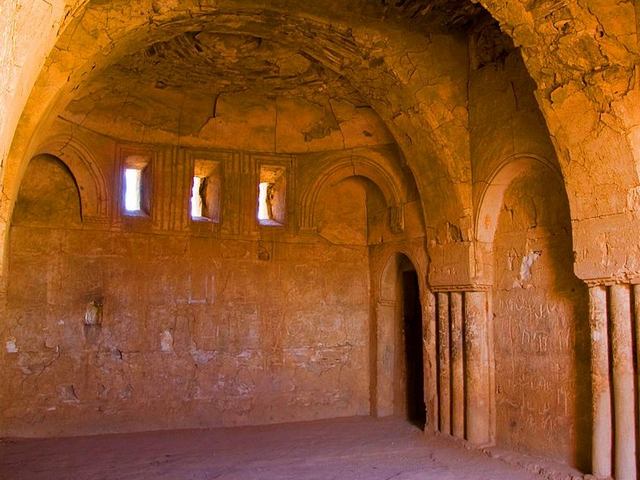 • One of the most noticeable things that may draw your attention to the method of building the Harrana Palace is the stone stairs that connect the upper and lower floors. 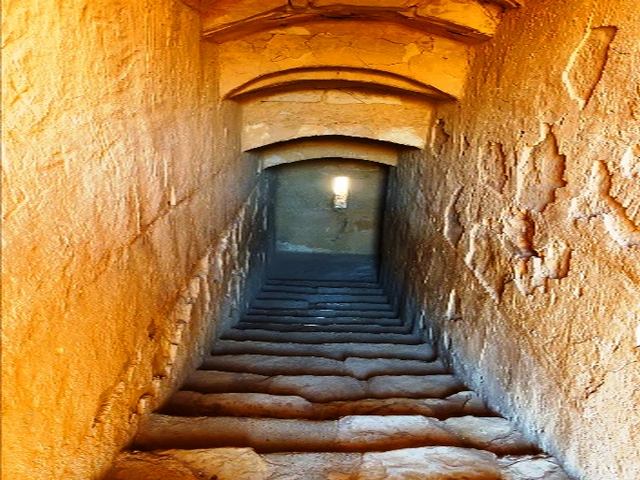 Do not forget to pass through the archaeological museum inside the palace, which includes some heritage tools and traditional jewelry that tell the story of the history of Jordan. 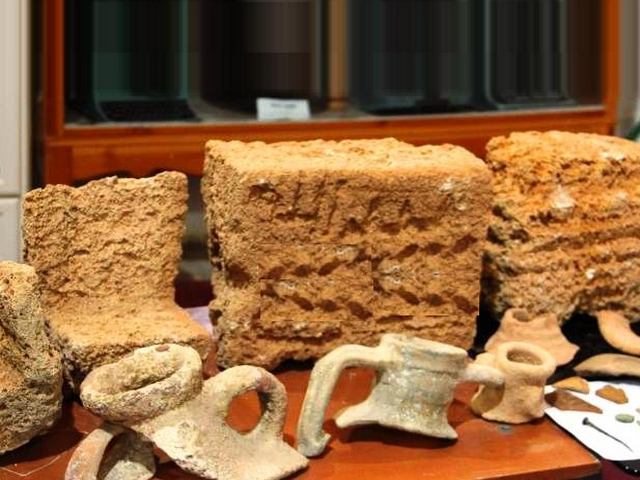 • You must reach the roof of the palace to enjoy panoramic views of its surroundings, which includes an impressive array of pillars that deserve the lens of your cameras. 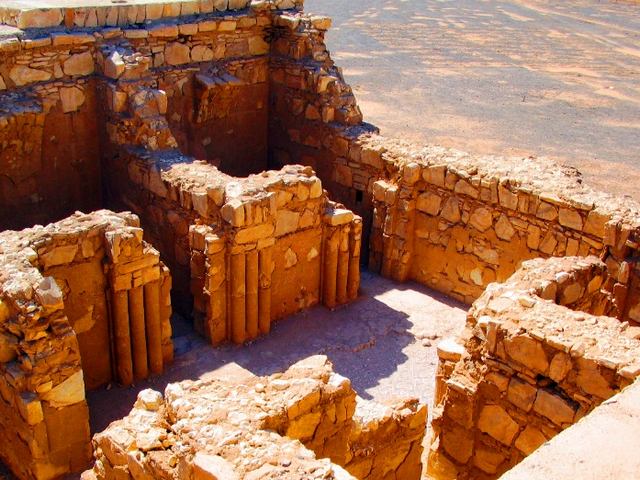 • Then you can rest and relax a little bit from the fatigue of your tour inside the Harrana Palace, on one of the shaded chairs spread in the place to serve the visitors. 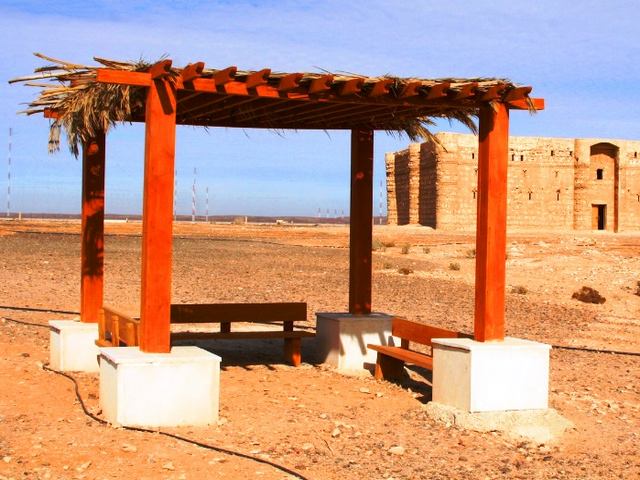 • You can also buy some souvenirs and hear some stories of the place by visiting the dedicated gift tent, which is located in the vicinity of the palace. 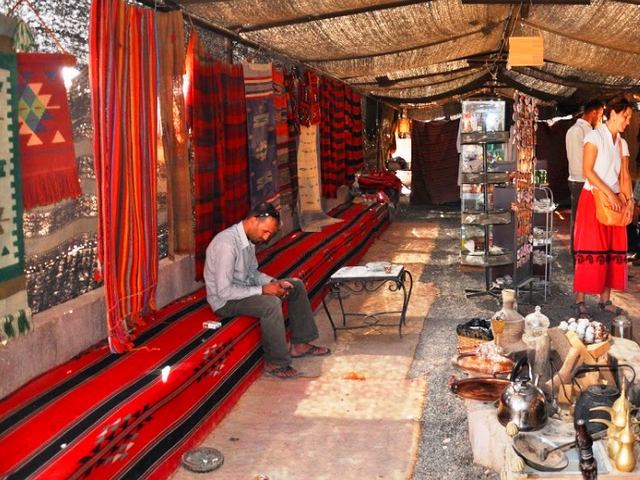 • Then conclude your tour with a delicious meal from one of the restaurants near the Harrana Palace, which serves several local and international dishes very impressive. 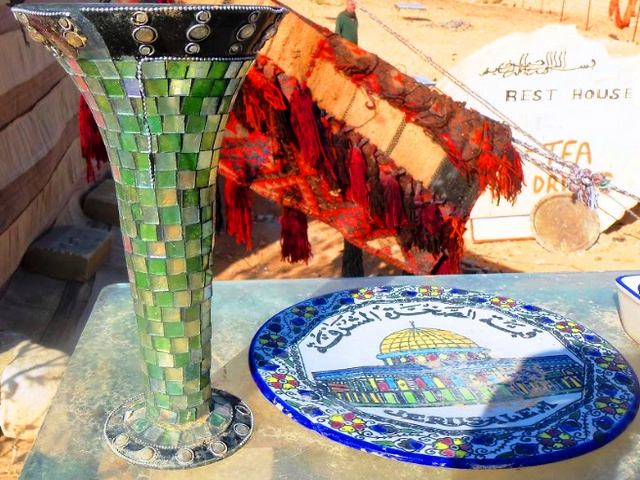 Entrance prices to the Harrana Palace

Opening times in the Harrana Palace

Daily from 8 in the morning until 5 in the evening, except for Sunday and Thursday, where visitors are received over twenty-four hours.

Azraq Lodge Hotel is one of the best hotels in Jordan. It is about 40 km from the Harrana Palace.

The hotel is rated very good in terms of excellent location and proximity to sights, local and very tasty food, helpful and courteous staff, and spacious and comfortable rooms.

Amman Airport Hotel is one of the best 4-star hotels in Amman, Jordan. It is about 67 km from the Harrana Palace.

The hotel has received satisfactory ratings in terms of its convenient location, close to the airport, helpful and friendly staff, excellent food, and its services.
While some complained about the lack of quality food in the hotel.

Harrana Palace location on the map

Articles you may also be interested in in Amman:

The best 4 restaurants in Amman Jordan

The best 4 malls in Amman Jordan

Report on the Amman Palace Hotel