Top 10 places to visit in Spain

If you think that tourism in Spain is nothing but spending time on the crowded tourist beaches, or watching bullfighting or flamenco, then you are in front of a real surprise, as Spain really has more than that for its visitors, whether it’s its impressive historical traces left behind by the Romans , Historical castles dating back to the Middle Ages, or the beautiful white villages of Andalusia and vibrant cities like Barcelona and Madrid.

If you prefer to spend time in the charming nature or are looking for an opportunity to experience wildlife and safari trips, you will also find what you are looking for in Spain, especially in the Galicia region, where estuaries and extended areas of evergreen agricultural lands, as well as Almeria deserts or the rugged Sierra Nevada mountains If you prefer to spend time on the beach, you will find many wonderful tourist beaches that extend along the Spanish coast.

The 10 best places to visit in Spain:

Cathedral-Mosque of Cordoba – Mezquita of Cordoba:

Sagrada Familia is a large Roman Catholic church in Barcelona, ​​famous for being one of the most visited tourist places in Spain, due to its architectural design by the Catalan architect Antoni Gaudí, it is worth noting that the construction of the Sagrada Familia began in 1882 and did not finish until present day.

If you want to see a real example on the ground for a European medieval city, you should visit the Spanish city of Cuenca, which is located between the cities of Madrid and Valencia, the city is distinguished by its unique design and construction as it was built on steep mountainous sides so you can find many buildings and houses that It is located on the edge of a cliff in the city known as the “Hanging Houses”, which made Cuenca one of the most interesting architectural masterpieces in Spain.

Saghoubia Canal is an artificial and archaeological water channel found in the Iberian Peninsula, and it is famous as one of the most famous and most important Roman ruins in Spain and the most preserved original condition since its construction. From 24 thousand huge granite rocks.

La Concha Beach is located in San Sebastian, the capital of Gipuzkoa Province in northern Spain and is one of the most famous beaches of Spain and Europe, and the beach is characterized by its privileged location where it surrounds the slopes and islands, which made it heavily protected from strong winds, and this beach is also famous as an ideal destination for practicing Surfing and hiking along the beach.

Pamplona – Running of the bulls:

If you want to watch bullfighting competitions, want to participate, or even watch one of the bullfesting festivals, where dozens are running in front of free bulls in the city streets, you should go to the city of Pamplona in the Navarra region, which hosts the “San Fermín” festival during the period from 6-14 July every year. 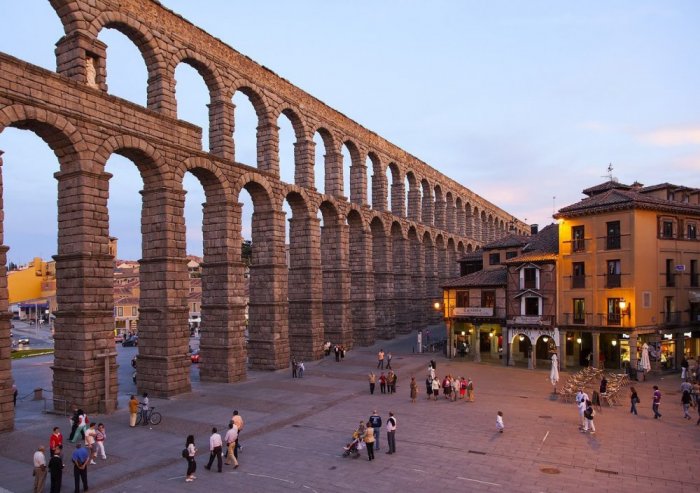 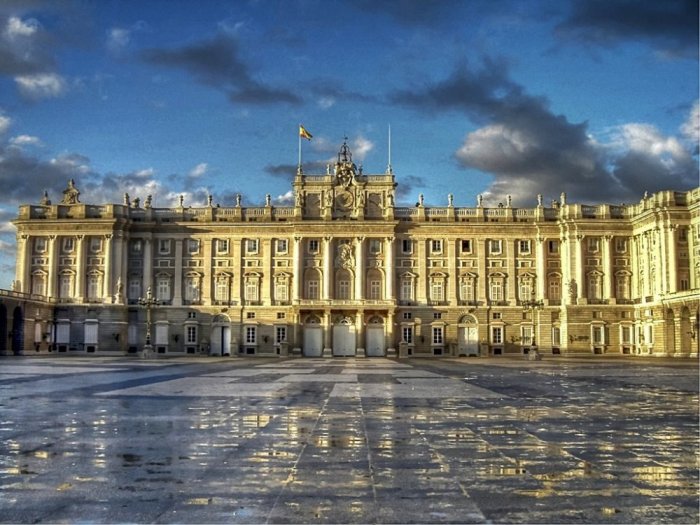 The Royal Palace of Madrid, also known as the Oriental Palace, is located in the heart of Madrid 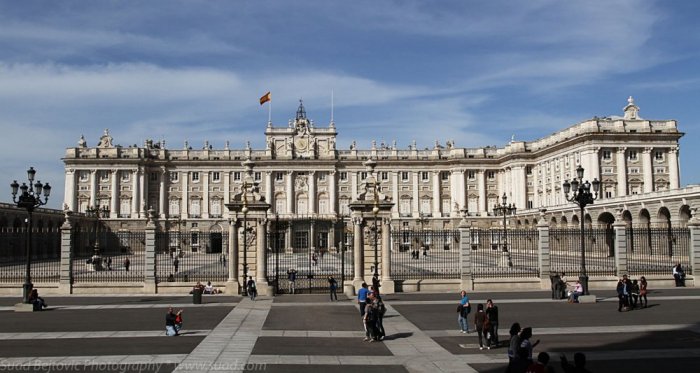 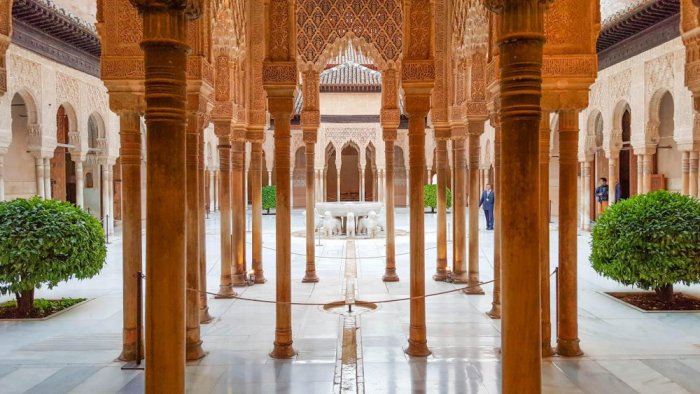 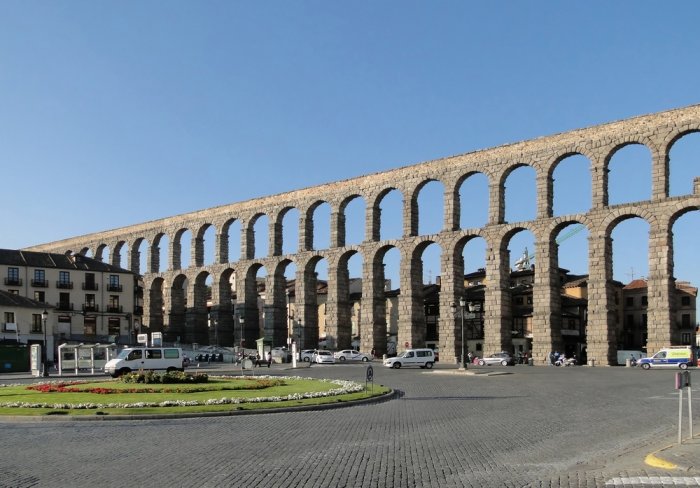 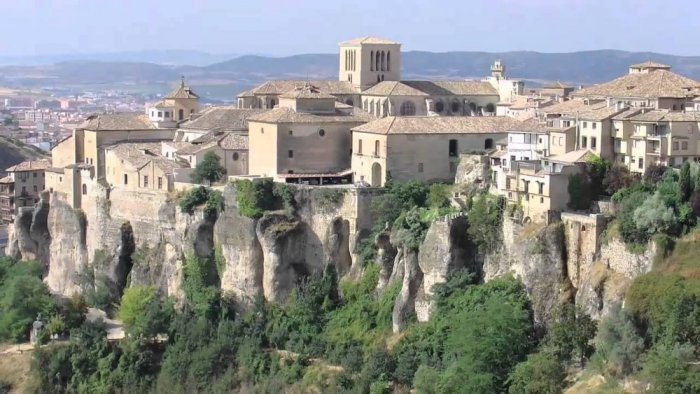 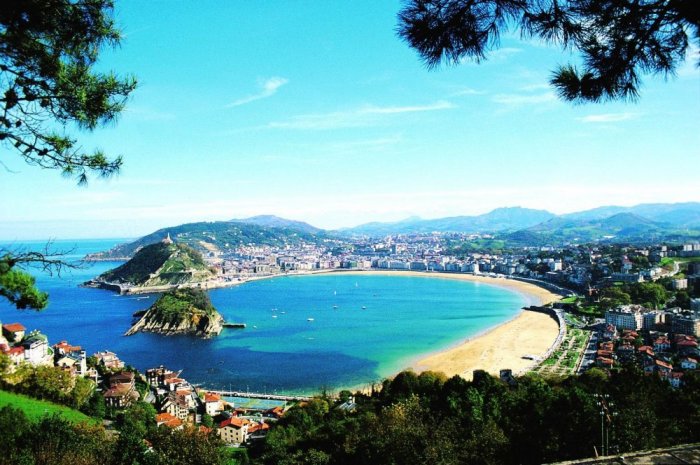 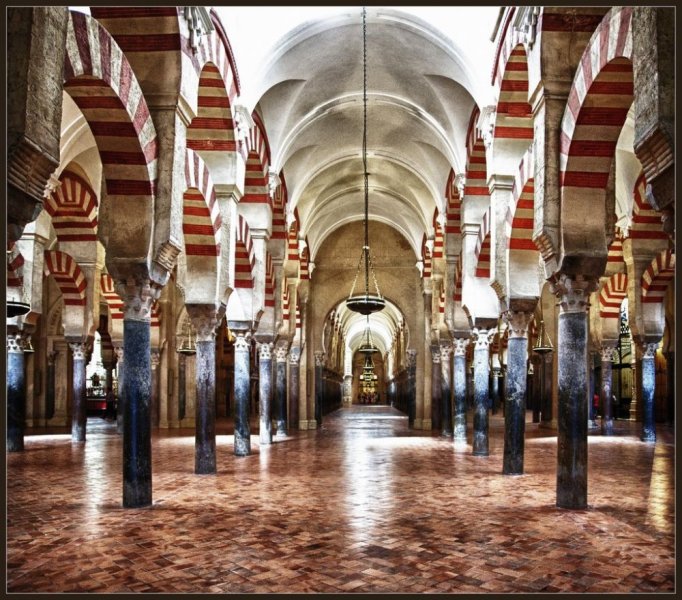 Cathedral-Mosque of Cordoba – Mezquita of Cordoba 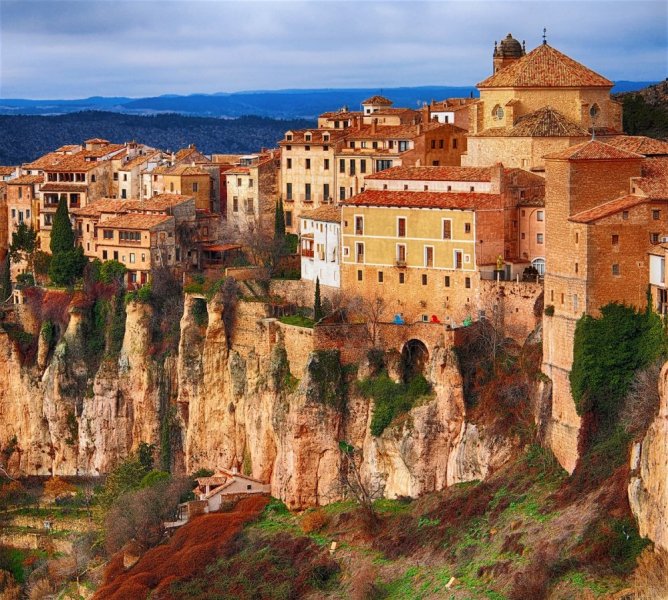 Cuenca is one of the most interesting architectural masterpieces in Spain 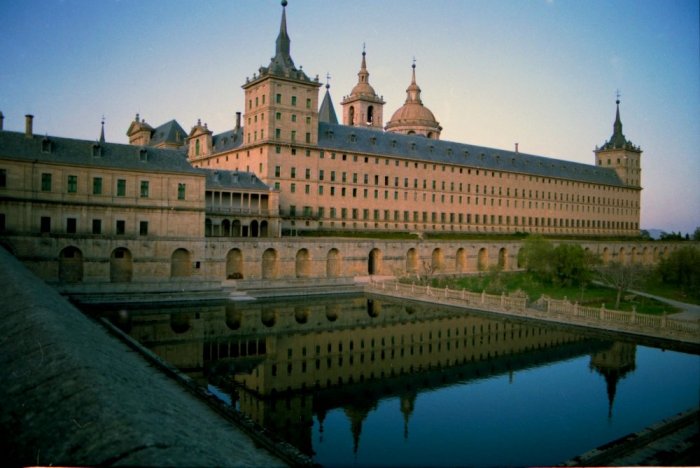 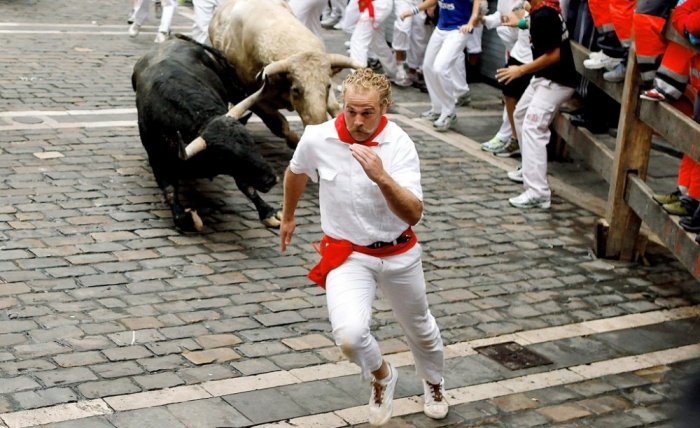 You have to go to Pamplona, ​​in the Navarre region, which hosts the San Fermín Festival 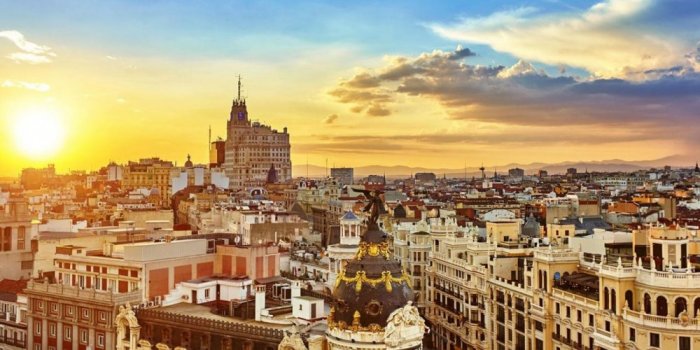 The best tourist places in Spain 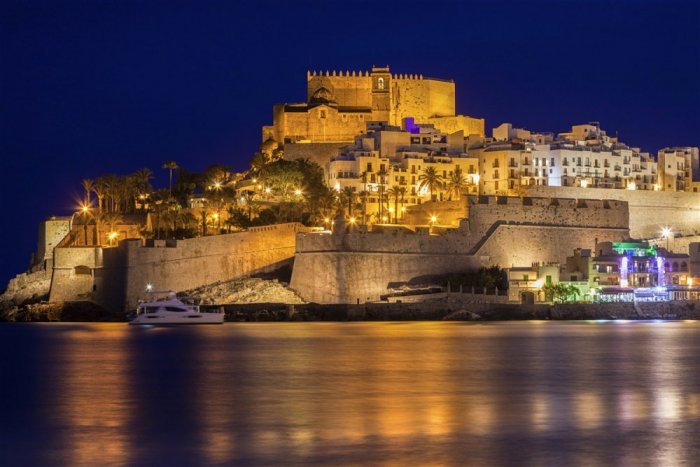 Spain has its impressive historical monuments 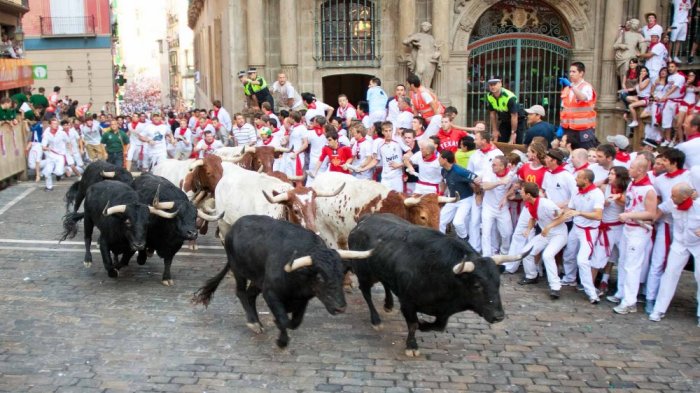 Pamplona – Running of the Bulls 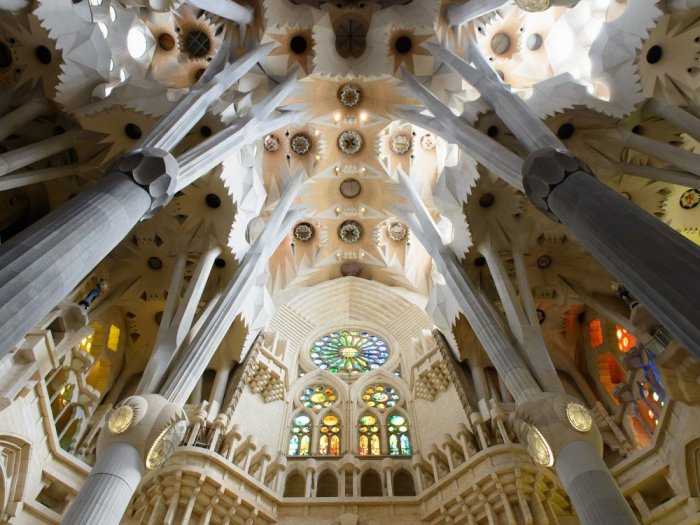 The Sagrada Familia is a large Roman Catholic church in Barcelona 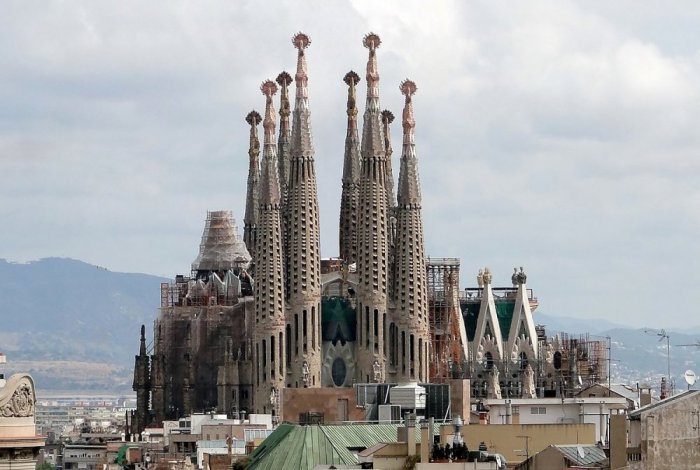 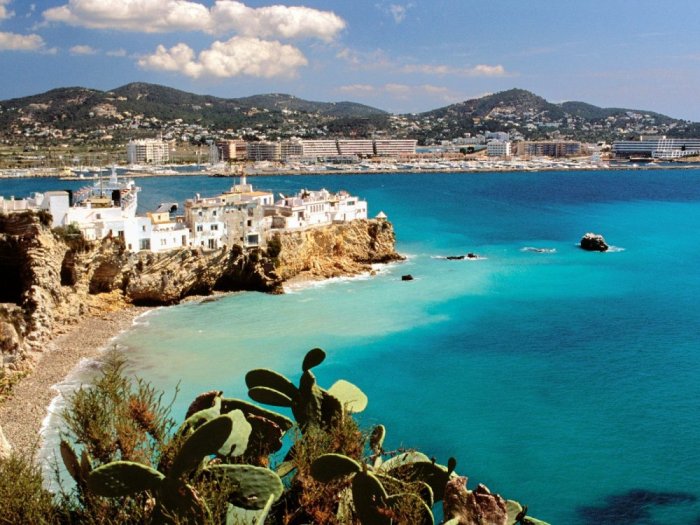 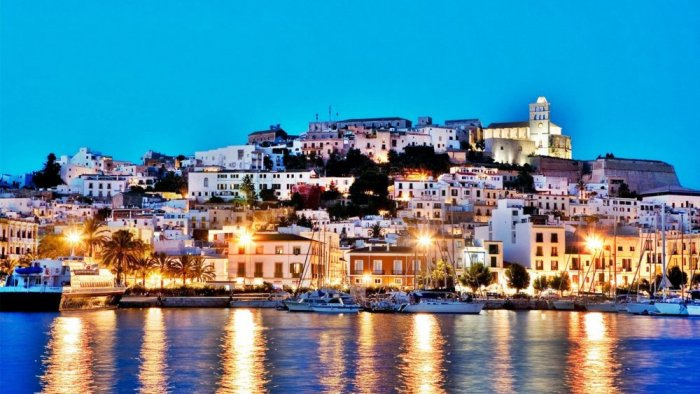 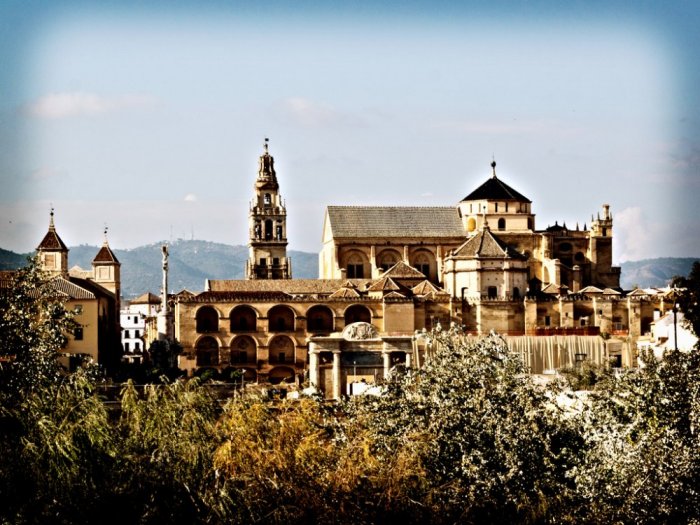 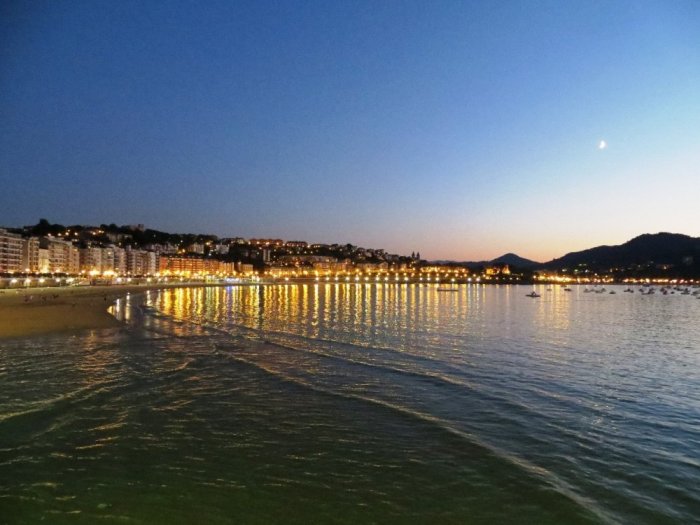 La Concha Beach is privileged for its surrounding cliffs and islands