The Putra Mosque in Selangor “Putra Mosque” or the so-called Al-Zuhri Mosque is one of the most important religious and tourist sites that tourists from all countries visit.
It sits near the bank of Lake Putrajaya in Selangor, which gives it a comfortable internal cooling.
It has been ranked among the most beautiful mosques in Malaysia ever, thanks to the splendor of its colorful Islamic designs and motifs. The mosque was built in 1999. 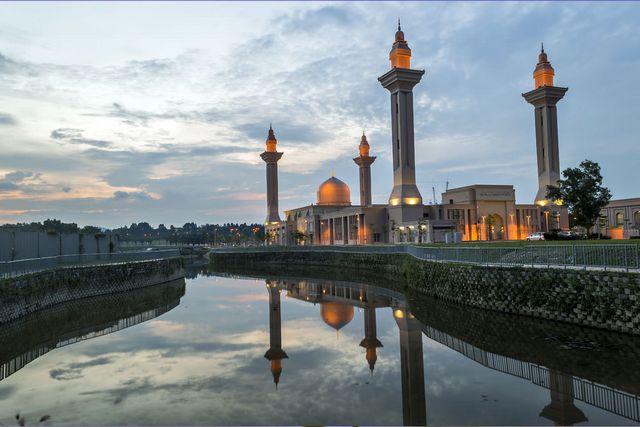 The best 4 activities to do at Putra Mosque in Selangor

• You can visit this unique mosque during prayer times to perform your duty in an atmosphere of beauty and peace under its great dome.
• You can enter the mosque, visit its three sections, and learn about what it contains, such as the courtyard in the second section, decorated with the most beautiful Islamic motifs.
• You can also take a tour of other facilities of the mosque, such as the hall for children, and the classes in which the Quran is memorized and offer Islamic lessons.
• You can see the minaret of the mosque, which has a beautiful scarlet color, which was built in symmetry with the lighthouse of the famous Sheikh Omar Mosque in the Iraqi capital, Baghdad. 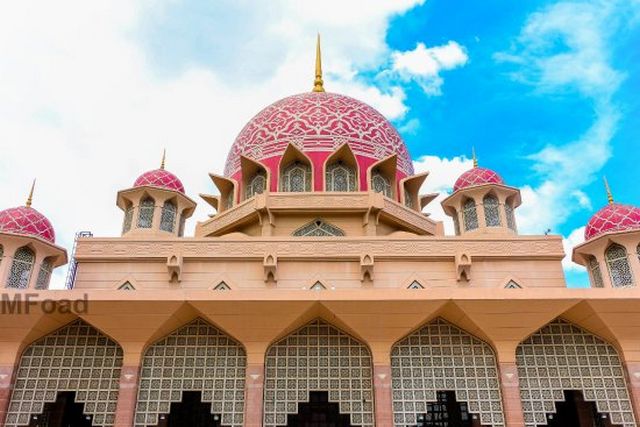 The best hotels near the mosque

Bulls Grand Putrajaya Hotel is one of the best 5 star Selangor hotels, 1.4 km from Putra Mosque in Selangor.
Summary of Arab visitor ratings
The hotel got very good reviews for the location, cleanliness, staff, services.

Dorsett Putrajaya Hotel is one of the best 4 star Malaysia hotels in Selangor, about 3.1 km from Putra Mosque.
Summary of Arab visitor ratings
Good in terms of service and food, but some visitors complained about frequent inconvenience from staff to clean rooms.

The location of the mosque on the map

Articles you may also be interested in in Selangor:

10 best places to visit in Selangor