Bandung Zoo (in Indonesian: Kebun Binatang Bandung) is a 14-hectare zoo in Bandung City, West Java, Indonesia.
Created on April 12, 1933 and its name at the time was the Jubileum Park where two zoos in the city have been merged: Seminyi Zoo and Dago Atas Zoo, its current location is on Taman Sari Street in Bandung.
Today it is a landmark in Indonesia, Bandung, attracting families from all walks of life to see the unique biological diversity. The park is one of the best and cheapest tourist attractions. 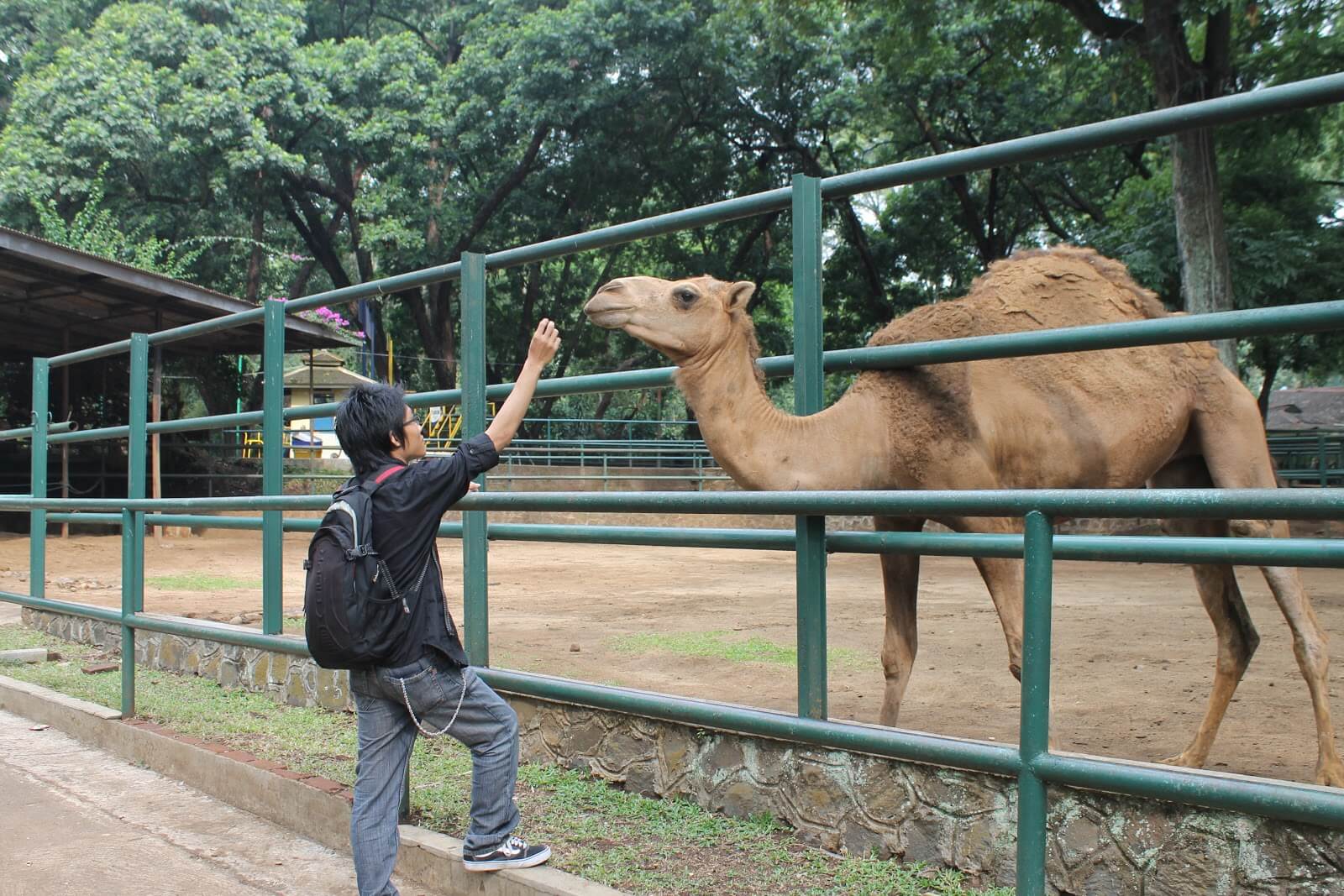 Over the years, the garden has succeeded with its unremitting efforts in preserving animals and plants in an appropriate environment and has overcome the stages of neglect that it suffered, especially during the period of Japan’s occupation of it, and re-developed and renewed its facilities again.
In addition to its tourism value, the park also plays a cultural role as it hosts entertainment shows and receives educational departments to develop awareness of the importance of animal and plant properties. You can get to know the animals closely, touch them, and play with them, or discover the park by riding camels and wandering around the park. 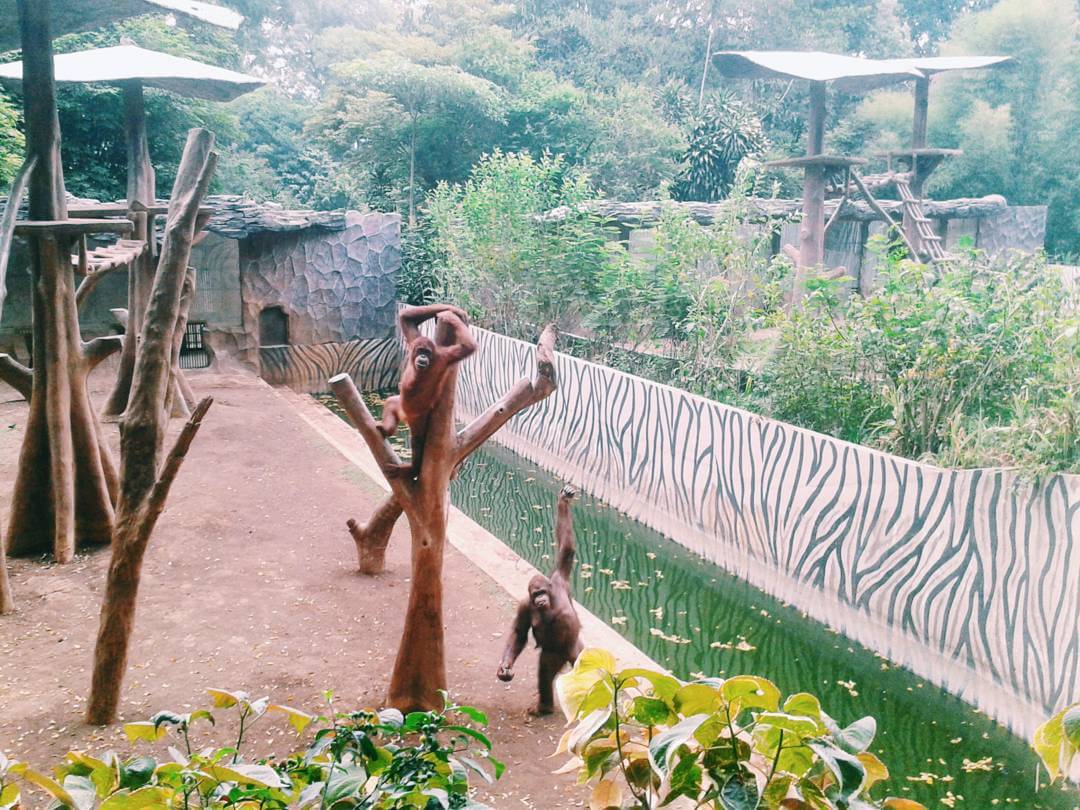 Despite its large size, the park contains 1,600 animal species, 79 of which are threatened with extinction.
Among the most important facilities of the garden: Artificial lake in the middle, mosque, embalming museum, aquarium, stadium, theater or showroom.

Things to do at Bandung Zoo

• You can learn about a variety of birds, reptiles and rare animals, and it will be easy to know the information about each animal, because all animal cages contain information such as the name of the animal, its original habitat and the type of food suitable for it. 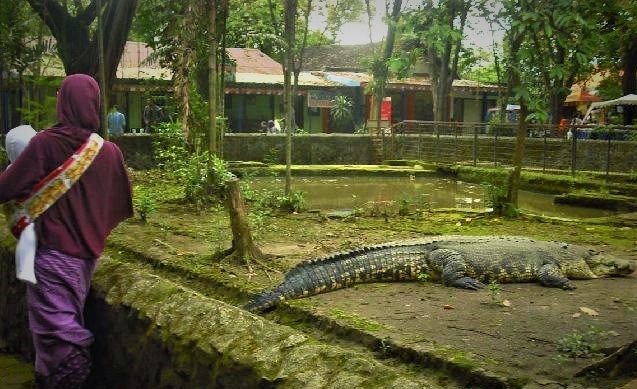 • After a big tour, you can sit back and enjoy the fresh air and have a meal under the huge trees in the garden, which is 100 years old, you will enjoy the sounds of birds around you and feel that you are inside a real tropical forest. Don’t forget to bring a hat. Maybe it rains. It rains a lot 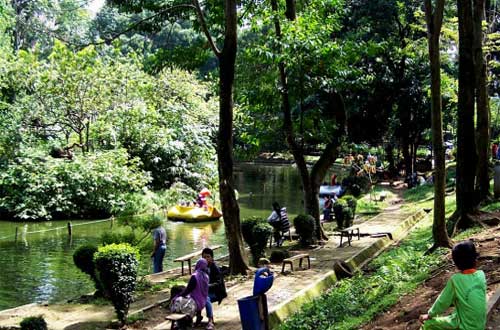 • Take a small boat, tour the artificial lake in the middle of the park, enjoy the water and the outdoors, and watch the animals around you 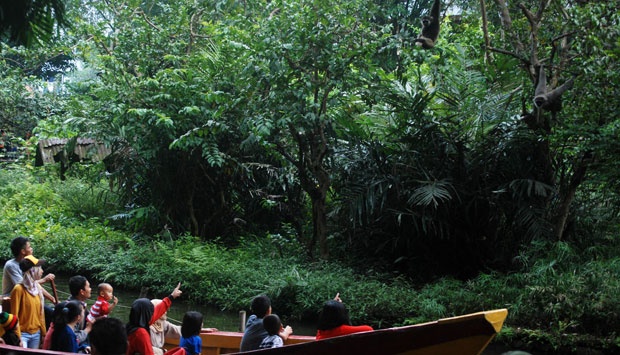 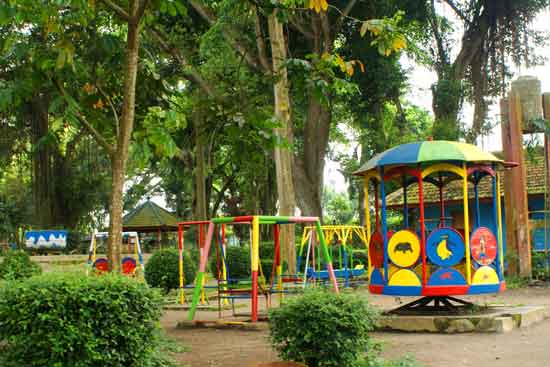 • You can visit the exhibition of stuffed animals, get to know them closely, take beautiful photos of them, and enrich your knowledge of these animals.

Hotels in Pondong near Bandung Zoo

Grand Tajurku Padung Hotel is a 4-star hotel in Indonesia, 500 meters from Bandung Zoo, located on the city’s famous shopping street.
Summary of Arab visitor ratings
The hotel got very good reviews in every respect.

Hakka Suites Hotel is one of the best hotels in Bandung, 400 meters from Bandung Zoo and 300 meters from Tihamplas Wa Shopping Center in Bandung.
Summary of Arab visitor ratings
The hotel is rated good in cleanliness and comfort, average service.

Articles that may also interest you in Bandung:

The 13 most important tourist places in Bandung

The 5 best tested villas for rent in Bandung

The 8 best places to shop in Bandung