Dammam waterfront is one of the most important tourist places in Dammam, located on the western side of King Abdullah bin Abdulaziz Street called King Abdullah Park, which is directly opposite to Al Marjan Island in Dammam and the Dolphin Recreation Village.
The Dammam waterfront is characterized by its large area of ​​4 km, and it is considered a luxury project and the best place on the Dammam Corniche to which tourists from all over the world visit.
The Dammam façade is two and a half times longer than the Khobar façade, which includes a pedestrian corridor that extends 8 km. 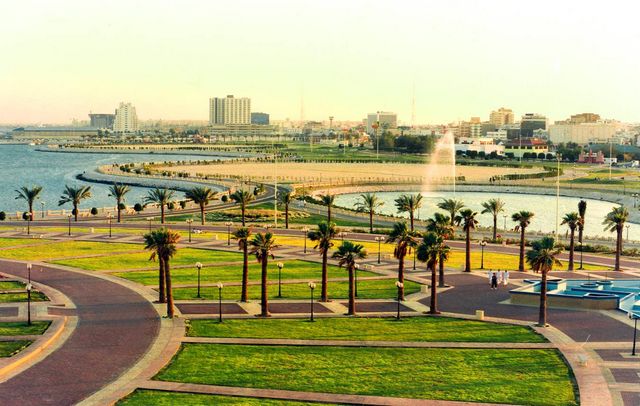 Dammam waterfront contains a group of entertainment projects for adults and children, including family picnic areas, many restaurants and cafes, as well as all the necessary service facilities, including car parks that can accommodate more than 3000 cars.

The best activities in Dammam waterfront

• Enjoying many sports such as walking within the pedestrian area that extends along the Dammam Corniche, fishing, or playing basketball and foot in the sandy beach 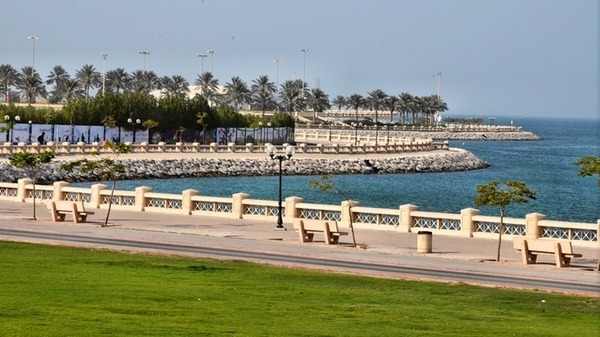 • You can take children to the Dammam waterfront, where there are several distinctive entertainment projects, such as a bowling alley and a site dedicated to celebrations and many more. 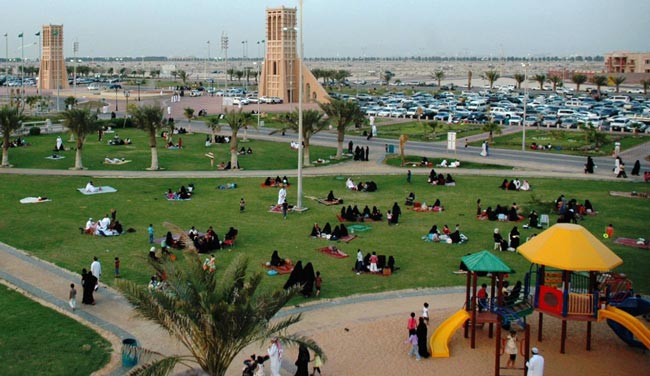 • Visit the museum that displays the historical and heritage holdings of Dammam and Saudi Arabia in general, in addition to the multi-purpose exhibition hall

• The waterfront in Dammam provides a space for lovers of shopping, where it is expected to build popular markets to sell antiques and souvenirs, as it is possible to reach many shopping places, including the Beach Mall, a 5-minute drive from the waterfront

Park Inn by Radisson Dammam Hotel is one of the best 4-star Saudi hotels located in Dammam Corniche, a 5-minute drive from the waterfront
Summary of Arab visitor ratings

The hotel got very good reviews for the location, cleanliness, staff. Some visitors complained about the lack of insulation between the rooms.

Boudl Al Shatea Hotel is one of the best hotels in Dammam, located steps from Al Shatea Mall and a few minutes drive from the waterfront
Summary of Arab visitor ratings
The hotel got very good reviews in all respects.

The 5 best activities in the Dar Al Madinah Heritage Museum