Ancient myths about the mountain of fire in Azerbaijan, the holy Baku, and the Azerbaijani Yanar Dağ have been reported in many novels and tales, all of which are woven into an exciting fantasy full of adventure and suspense.
Fire has raged on this almost burning mountain peak since 2000 BC. It is located in the village of Abhuzan, north of Digah, and is considered a peninsula overlooking the Caspian Sea.
It is the oldest burning fire without interruption known to man !! Hence, the mountain of fire in Baku gained its wide popularity and became a tourist attraction in Azerbaijan 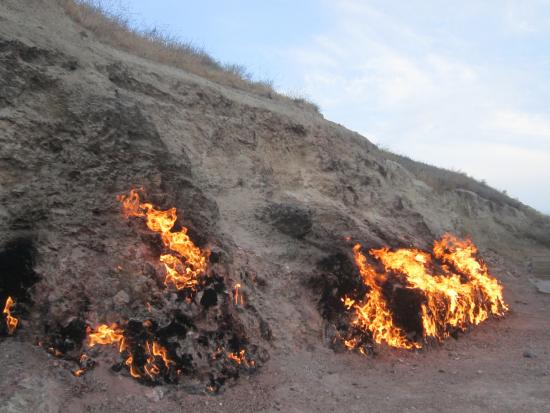 If you approach the mountain of fire in Baku, you will find a wall of flying tongues from the side of the hill, and this is what seems really strange, as you will see the tongues of fire that are supposed to be ignited by a gas leak from the ground.
It was due to the interpretation of this fire according to the prevailing culture that it was sacred fire, as they were from the slave of the fire before the Islamic conquest, but after the development and discovery of gas and oil fields in it, it became clear why it was continuing to ignite. 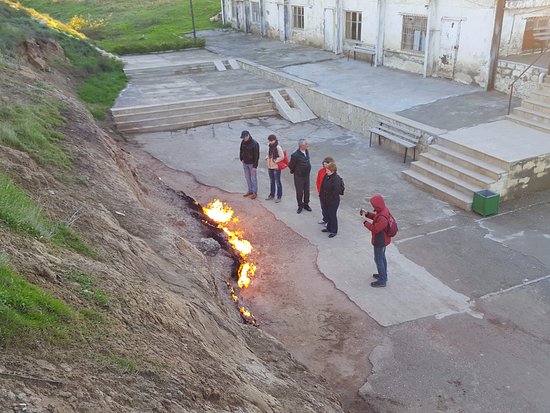 Mount Fire is located in Baku, the capital of Azerbaijan, and it is considered one of the most important tourist places in Baku.
In the mountain of fire, Azerbaijan has hot water springs due to the heat. It also contains rock carvings that were used previously to cool water, preserve wines and to water animals according to the prevailing culture.

The best activities at the Mount of Fire in Azerbaijan

• Visit the top of the mountain of fire in Azerbaijan and enjoy the beautiful scenery and beautiful nature while you are climbing the mountain, and see the burning fire on the top of the hill and check for yourselves its continuous ignition, which was a reason for the previous words and myths.
It is worth noting that this fire does not go out even when there is snow in the winter, as it is a source of heating for visitors in the winter. 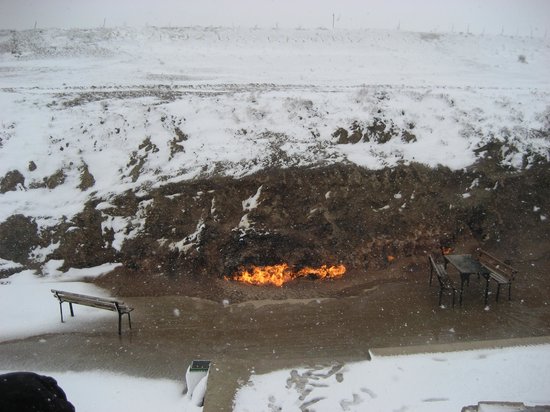 • There are a number of springs and hot water eyes in the place because of the heat bikes, you can get treatment sessions in spring water and relax.
• Above the top of the mountain, there is a simple cafe facing the cracks of fire. You can sit at a table and enjoy some local sweets and drink traditional tea and tea. 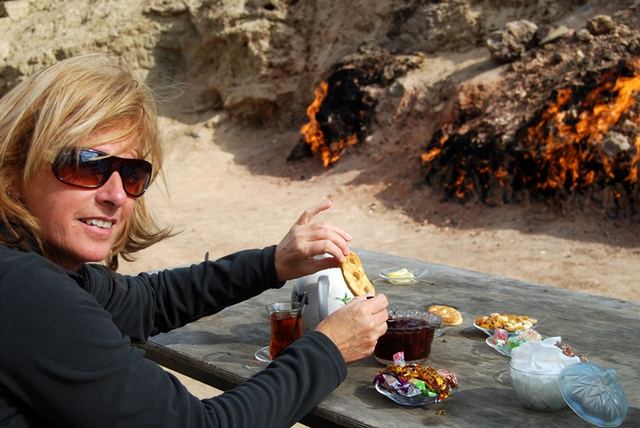 • You can enjoy artistic and musical performances and beautiful playing of traditional instruments, as the place has become very popular in concerts and artistic performances in traditional fashion in recent years. 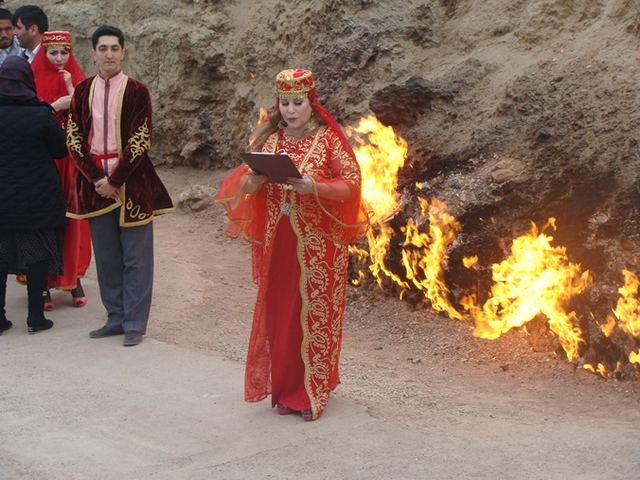 • You can take the most beautiful pictures of the burning mountain and fire as well as the city from above and share it with friends after your return and buy some souvenirs and carved stone pieces that street vendors sell at the place. 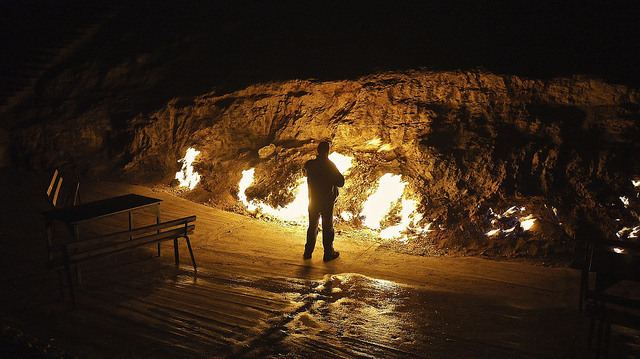 The price of the entrance ticket is approximately 2 manat, and if you want a guide for 5 manat.

The best hotels near Mount of Fire in Azerbaijan

There are no hotels near Mount of Fire in Azerbaijan as it is a mountainous area. Good hotels are located in the city of Baku, where we advise you to stay in one of the best hotels in Baku that we collected in the article, and devote part of your day to visit Mount of Fire.

The site of the mountain of fire in Azerbaijan

The 7 best activities in Hussein Javed Park in Baku Azerbaijan

3 best activities in the church of San Marco Venice, Italy