Top 5 activities in the pyramids of Egypt, Giza, Cairo 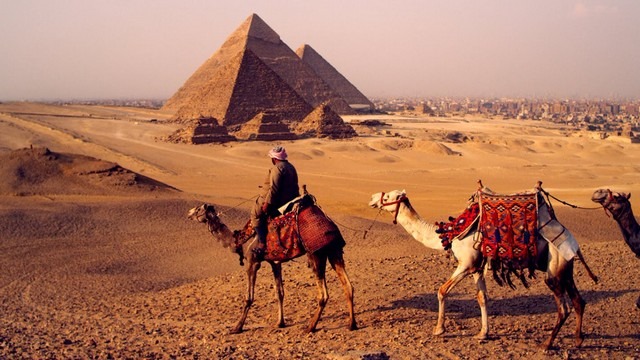 • In the vicinity of the pyramids, there are many shopping malls selling imitation antiques and small pyramid-like statues and the Sphinx.
You can also visit the Great Sphinx, which is located near the Three Pyramids of Egypt.

The pyramid of Khufu

The pyramid of Khufu belonging to Khufu who succeeded his father Sanfru and his mother is the queen “Hutb Harras the First”, which dates back to 2650 BC. It is the abbreviated name for “Khnum Khu Fei” and means Khnum is the one who protects me. It is the Great Pyramid of Giza.
You can also visit the Khufu ship, which was called the chariot of the sun. In 1954, at the base of the Great Pyramid, the Egyptian archaeologist Kamal al-Malakh discovered two roofed pits at the base of the southern pyramid of Khufu. The bottom of one of them was found a well-disassembled ship sculpted from cedar wood, the number of parts of the boat was 1224 pieces, of which no part is missing, including five pairs of oars, two steering fins and a compartment.
The pyramid of Khufu is the largest pyramid of Egypt. 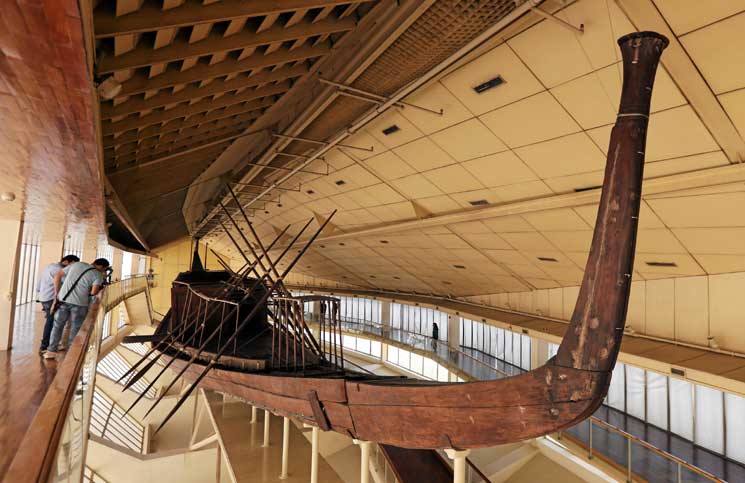 The Great Pyramid of Khufu is just a 5-minute walk away from the average pyramid of Khafre. 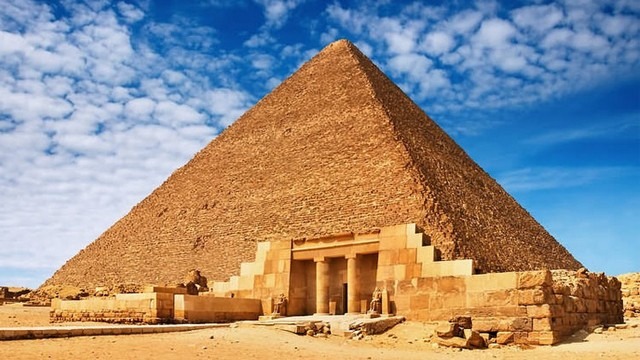 The price of the entry card for the pyramid of Khufu, the largest pyramids of Egypt, is 200 pounds for tourists, and 100 pounds for students.
The pyramid is available for visiting all days of the week from 8:00 in the morning until 17:00 in the evening.

The location of the Great Pyramid of Khufu on Google Map

The Pyramid of Khafra is the middle pyramid among the pyramids of Egypt, built by King Khafra, the fourth king of the Fourth Dynasty, the son of King Khufu. Within his hierarchical group, statues of schist were found in the private valley temple, among which is a statue of the most beautiful Egyptian sculptures, and it is now in the Egyptian Museum, and it is attributed to him carving the rock of the Sphinx, Khafre called his pyramid the name (the great) 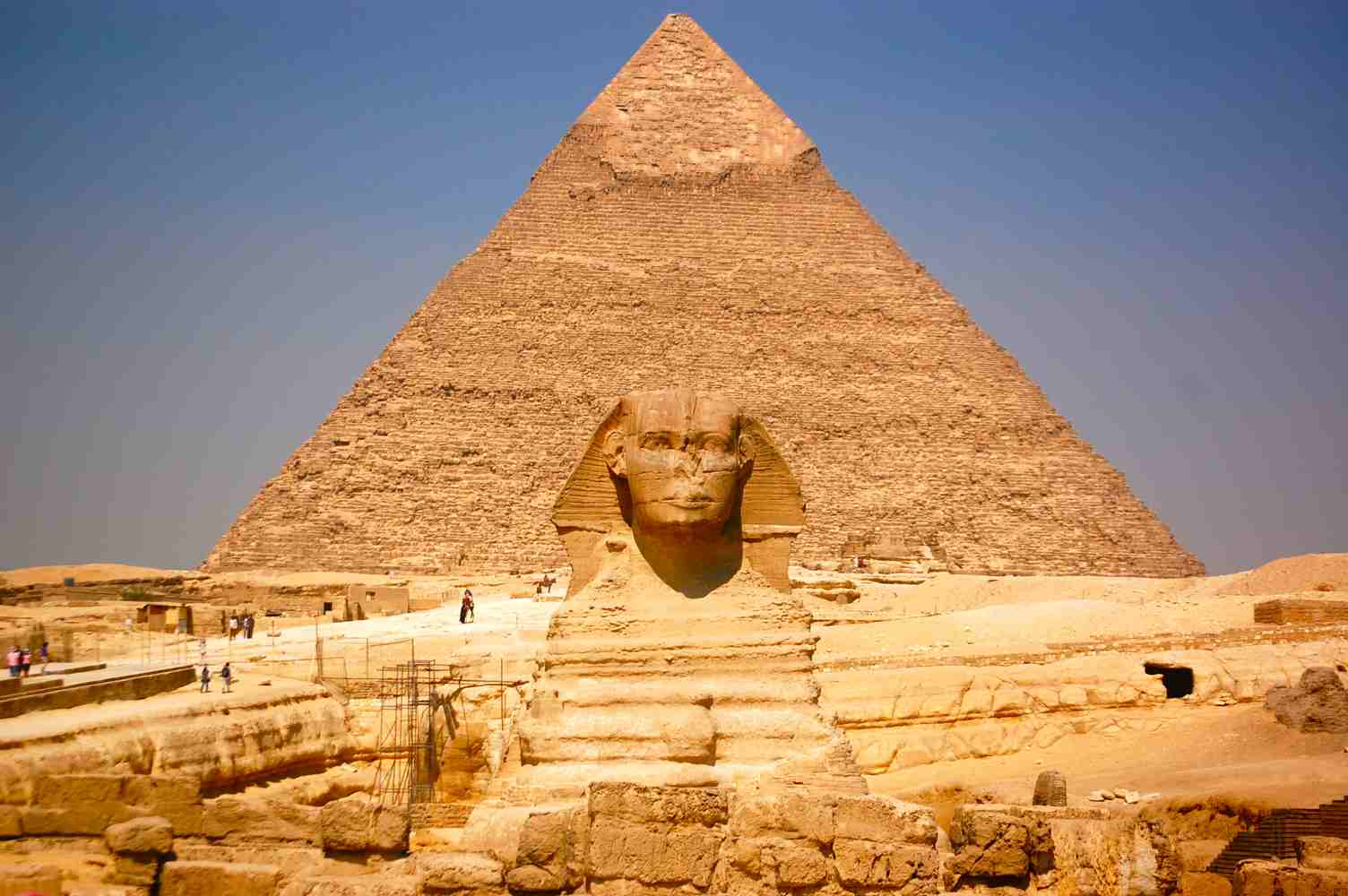 The entry ticket price is 40 pounds, and for students 20 pounds
The Khafre Pyramid is available to visit all days of the week from 8:00 in the morning until 5:00 in the evening.

The pyramid of Menkaure

The Pyramid of Menkaure is one of the pyramids of Giza in Cairo, built by Pharaoh Menkaure, the son of King Khafra, and found in one of the corridors of the pyramid a wooden coffin bearing the name of Menkaure and with its mummy, a mummy of Menkaure is now preserved in the British Museum.
And to the south of the Pyramid of Menkaure, there are three pyramids designated for queens that extend to the east-west of the first pyramid, belonging to the queen Kh, passed by Nabti the second, the wife of King Menkaure.
And Menkurea called his pyramid the “Holy”
The pyramid of Minqara al-Asghar is 1.1 km from the central pyramid of Khafre and 1.3 km from the Great Pyramid of Khufu. 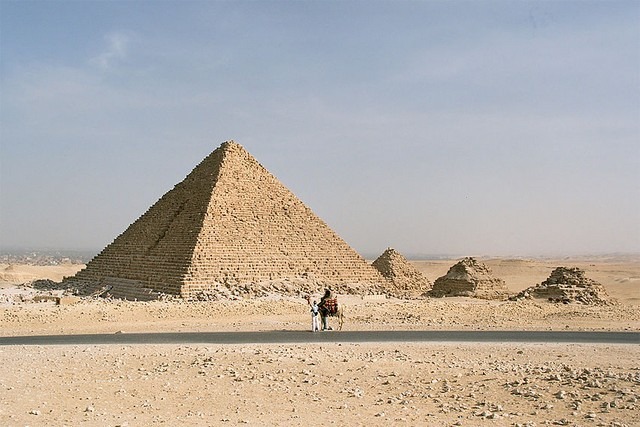 The price of the entry card for one tourist is 40 pounds, and for students 20 pounds
Menkaure Pyramid is available for visiting all days of the week from 8:00 in the morning until 5:00 in the evening

The location of the Little Pyramid Menkaure on Google Map

The best Cairo hotels near the pyramids site

The Mena House Hotel is a 5-star hotel with a very good rating among the best hotels in Cairo, as it is less than 10 minutes’ walk from the pyramids.
Summary of Arab visitor ratings
The hotel has received great reviews about location, view, services, staff, and cleanliness.

Four Seasons Hotel First Residence Cairo is a 5-star rating with a very good rating among the best hotels in Cairo, Cairo, as it is less than 30 minutes by car from the most important pyramids of Egypt.
Summary of Arab visitor ratings
The hotel has received great reviews in all respects, especially the location and staff.