Tour in Taiwan and the most beautiful tourist places

There are a lot of reasons that may drive one from to the decision of tourism in Taiwan, starting from life in the skyscrapers, the nature of the local population, wonderful shopping opportunities and restaurants that offer delicious food to many tourist places in Taiwan, natural ones such as the sun lake and the moon “Sun Moon Lake” And hot springs scattered in the country, and many landscapes and mountains such as Jade Mountain and the Truku National Park, or cultural as popular villages, museums and various landmarks in cities.

Where is Taiwan located?

It is an island country located in eastern Asia in the Pacific Ocean opposite the mainland of China and separated by the Strait of Formosa or also known as the Taiwan Strait, which reaches 140 km in length and is bounded on the western side, as it is bounded on the north by the coast of southwestern Okinawa and the East China Sea, and from The south and east are the Philippine Sea, and in addition to the island of Taiwan, which accounts for 99 percent of the total area of ​​the country, there are a number of other islands such as Formosa Island, Kimoi, Mansoa, Pescadores and Besanas. 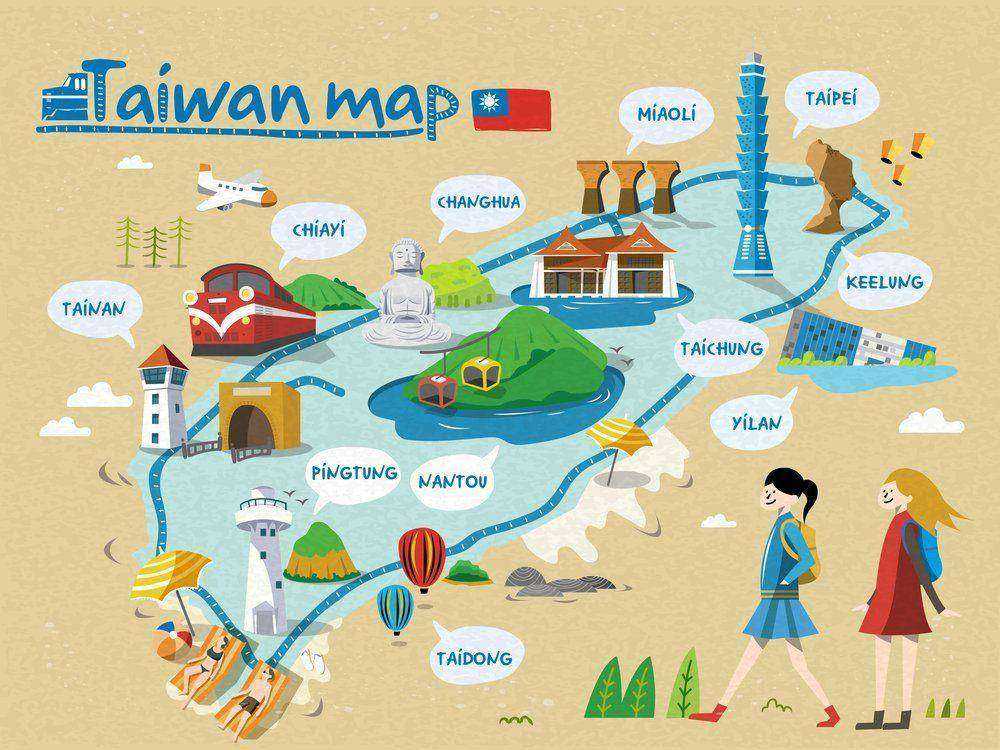 The best tourist places in Taiwan

If you travel to Taiwan, you will completely change your view of this country in which nature and the city compete in the list of the best tourist places in Taiwan. The spreading national parks and wonderful Taiwan cities attract competitive competition for all visitors. Each city attracts travelers to it to enjoy watching its buildings and taste its food at the same time to be Heading towards landscapes in its surroundings.

The most beautiful cities in Taiwan

Taipei
It is the capital and the most famous city in Taiwan, it will inspire you with the wonderful life inside this modern modern city with enjoyable shopping opportunities and some parks. It is necessary to visit the Taipei 101 tower, which is the city icon and one of the masterpieces of tourist places in Taiwan, as it can taste all the delicious food cheaply Very, although the restaurants do not look very sophisticated, the delicious food is irresistible. 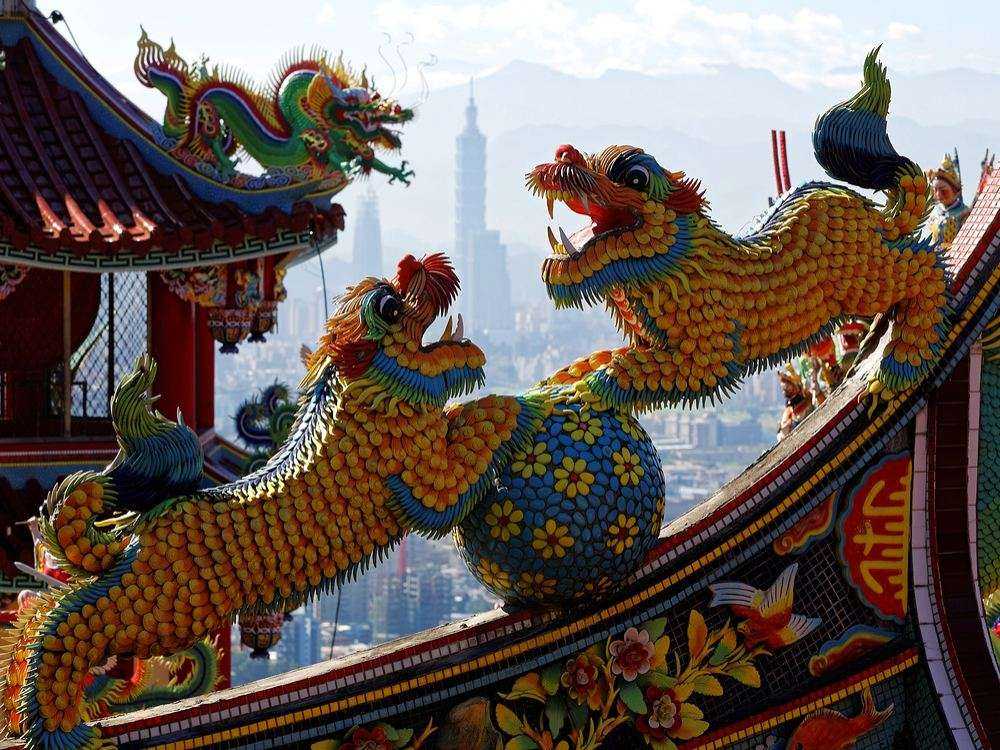 Taipei is the capital of Taiwan
New Taipei City
It is the newest and largest city in Taiwan, and it forms the city surrounding the capital, Taipei and includes the large area extending up to the northern coast of Taiwan and the Taipei Basin, which is a great example of Taiwan culture that you can discover in the urban areas of Bankiao and Zhengchuang and the less populated areas in Wulai and Tasumi.
Taichung
A city located in western Taiwan and has many tourist attractions between temples, markets, parks and museums, it provides a shopping experience similar to that in Tokyo or Manhattan, and is famous for the bustling nightlife and kitchen arts that satisfy everyone. You must visit the National Museum of Natural Sciences and Feng Xia night market to purchase at least local goods.
Kaohsiung
A modern city, one of the most beautiful cities in Taiwan, which is located in the southern part of the island, you managed to switch from the old to the contemporary culture with ease, do not miss to visit the Fu Guang Shan Monastery and the giant statue hall as one of the ancient places in the city, and in return do not miss yourself visiting the Dream Mall It is the largest shopping center in Taiwan, and from the city you can also head to Kenting National Park, which is a masterpiece of tourism attractions in Taiwan. 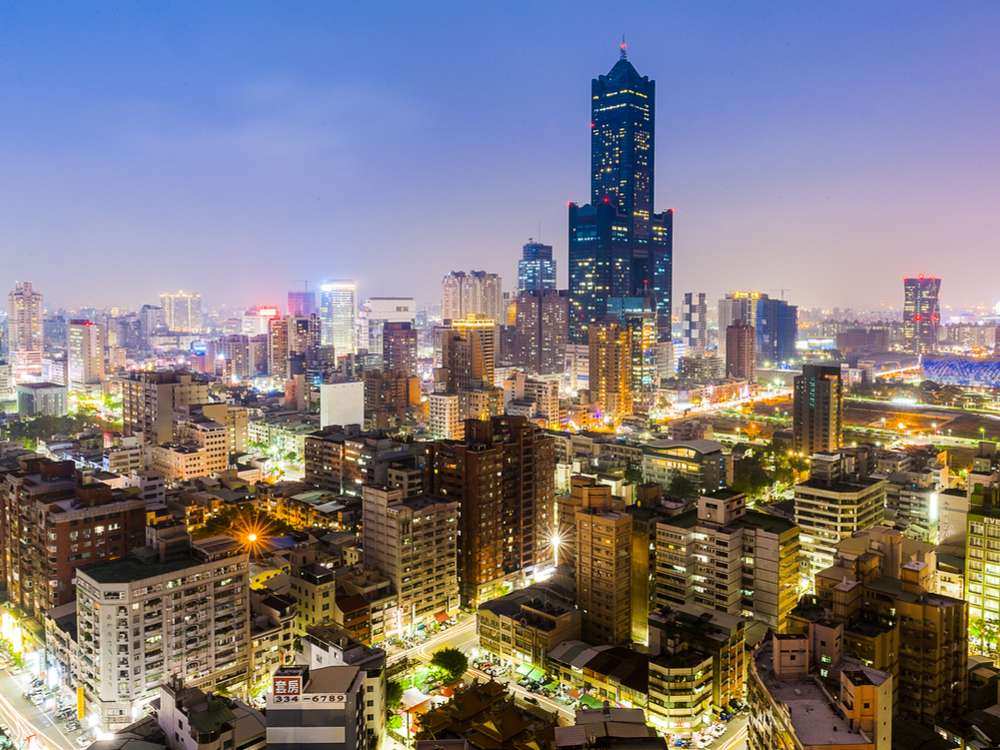 Kaohsiung City
Hualien
Most visitors come to Hualien when tourism in Taiwan in order to visit the Taroku Strait, which is a really great reason because it is simply so beautiful, especially with so many bridges of ropes stretching over rivers, walking paths and amazing views, and the city has a lot of rocky beaches.
Yilan
A coastal city located in the northeast of Taiwan, and is considered one of the most beautiful cities in Taiwan, where the natural beauty surrounding it challenges the simplicity of old buildings, museums and traditional crafts in the city center, and the province in which Yilan is located and bears the same name that includes a group of waterfalls, lakes, rivers and botanical gardens.

The most beautiful natural tourist places

Sun and moon lake
This lake or as it is known as "Sun Moon Lake" is considered one of the most distinguished natural tourist places in Taiwan, it is the largest water body in the country and it is located at an altitude of 748 meters above sea level between the majestic mountains in Nantou province, and the Tao people who live in the region called it The name because it is divided according to them into two parts, the eastern part of which resembles the sun while the western part resembles the moon. 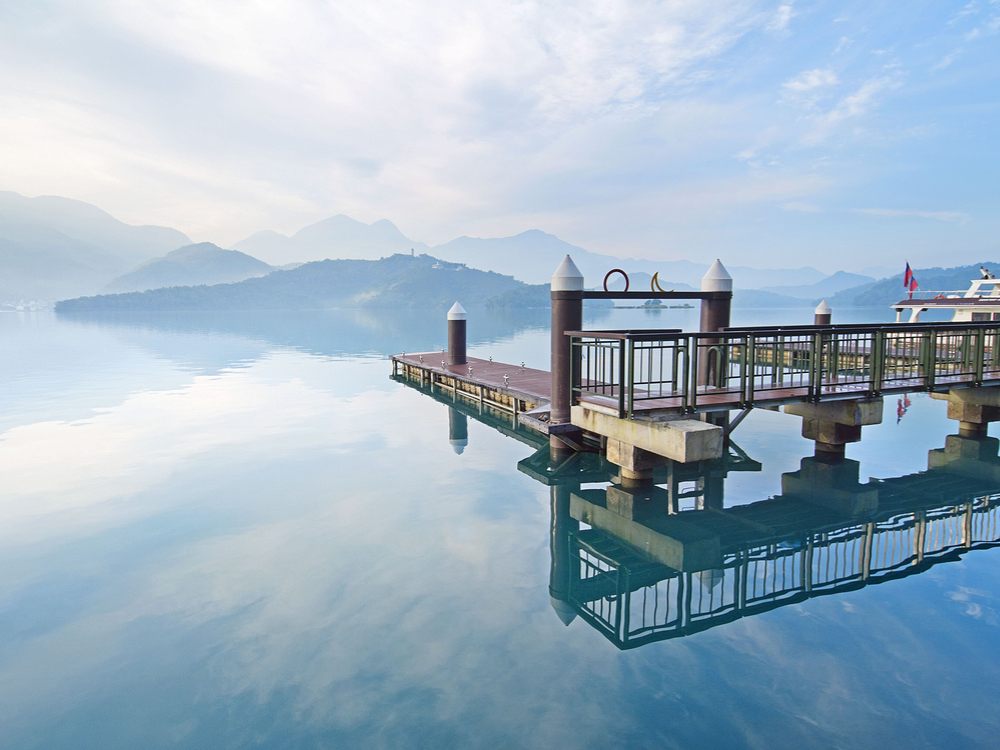 Sun and moon lake
Alishan District
It is located in the middle of eastern Taiwan, and it extends between four tourist towns, which are Vanlu, Chuchi, Meishan and Alishan. There are charming landscapes in a number of areas. You can enjoy watching the sunrise, sacred trees and the sea of ​​clouds. The most important times of visit during the cherry blossom season Unique train tour.
Taroko National Park
It is one of the most beautiful tourist places in Taiwan, and this park is located on the east coast of Taiwan and is characterized by a picturesque and charming natural beauty among cliffs, valleys and waterfalls, especially in the Taroku Strait which is the most famous landmark, and it is located two hours drive from Hualien City, and for information, the entrance to the park is free . 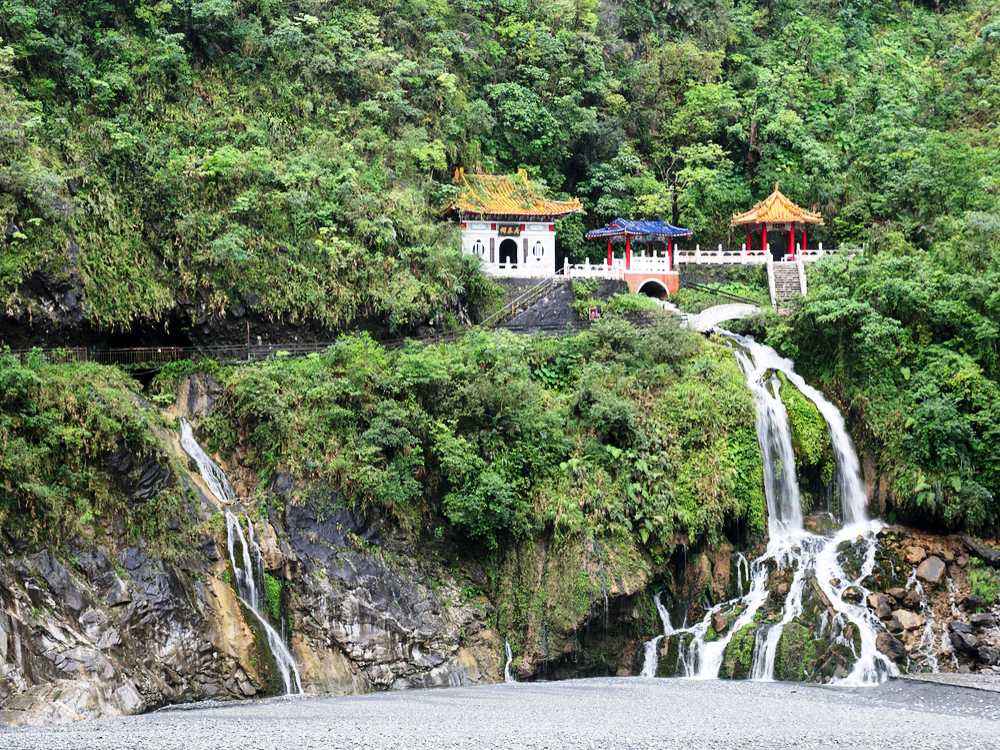 Waterfalls in the Taroku Strait
Penghu Islands
A group of small islands located in the Taiwan Strait, which number about one hundred islands known as the Pescadores Islands, and in the middle of this archipelago, you can enjoy the magical atmosphere drawn by the turquoise clear waters, blue sky and white sandy beaches. Perhaps the best time to visit is during festivals in the spring and summer seasons.
Yangming Mountain National Park
One of the most beautiful places of tourism in Taiwan and located in the north of the island, just kilometers north of downtown Taipei, and what distinguishes it is the volcanic mountain, valleys, volcanic lakes and hot springs in addition to the diversity of plants in it, as the garden was provided with a wonderful set of buildings, bridges and garden that have been Decorate it with the most beautiful flowers.
Kenting National Park
Located in the southernmost part of the Taiwanese island on an area of ​​333 square kilometers, this garden distributed between land and sea enjoys the splendor and diversity of geological formations, dense forests and beautiful beaches, as well as the appropriate environment for wild plant, animal and even marine life, not to mention a group of distinct cultural monuments.

Economy flight in Thailand .. Travel in luxury and comfort at the lowest possible cost