Tourism in the Sultanate of Oman

Denmark’s customs and traditions .. Workmanship, friendliness and equality are the most important characteristics of the happiest people in the world

A look at Ljubljana, the green capital of Europe 2016

The best time to visit Norway in the year

Home ⁄ Morocco ⁄ Agadir ⁄ Tourism in Agadir, what do you see? And where do you go?
Share on
Facebook TwitterWhatsapp

Where is Rabat and the distance between it and the most important cities of Morocco?

The 5 best beaches in Morocco that we recommend to visit

Tourism in Agadir in the Kingdom of Morocco is a special type of tourism that differs greatly from tourism in Tangier, for example, because Agadir is a modern, modern city that has been completely redesigned after the violent earthquake that struck the region in 1960 AD. Beach tourism occupies the largest share of tourism attractions in Agadir due to its unique location On the coasts of the Atlantic Ocean, on the other hand, tourism in Agadir is a gateway to the southern Morocco, which is filled with many mountain villages, tourist places and monuments that can be visited in one-day tours.

The most important places of tourism in Agadir

Tourism in Agadir is highly concentrated on its white sand beaches stretching along the Atlantic coast. The city attracts tourists from all over the world throughout the year, unlike the other coastal cities that are active in summer only. 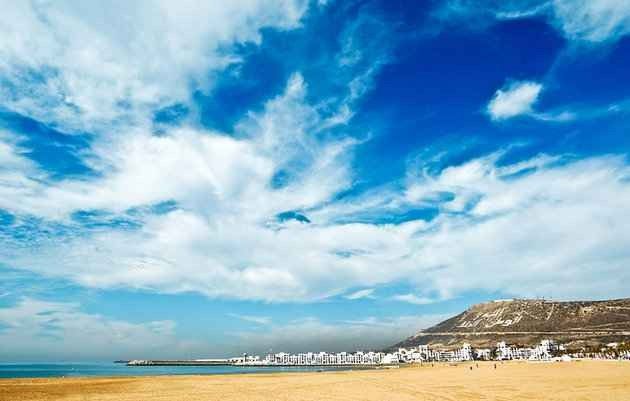 This is due to the mild climate of Agadir in winter, the sunrise of the sun for long hours, and the warmth of the climate. Among other things that helped the prosperity of beach tourism in Agadir (the Marina), which was established from which to launch cruise yachts and speedboats. The beaches of Agadir are distinguished by providing wonderful levels of services And facilities such as many hotels, cafes, places to sit and others.

Read:Report on the Palace of Roses, Agadir

The Kasbah of Agadir

The Kasbah of Agadir is perhaps the only monument in the city that reflects part of its ancient history when it was an impenetrable fortress. 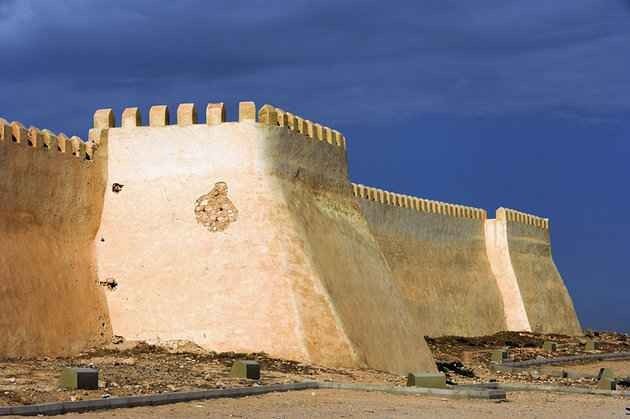 The wall of the Kasbah dates back to the middle of the sixteenth century AD and the fence and gate still maintain the form they used to be. The walls of Kasbah are now used as a tourist attraction and a platform for taking memorial photos at sunset in the depths of the ocean.

One of the newly established tourist places in Agadir, which is similar to a nature reserve for wildlife. The park is located 14 kilometers from the city and includes wonderful natural animals and appearances such as Nile crocodiles that settled in Morocco before that and became extinct due to random hunting. The park also includes a wide variety of Plants and flowers, some of which belong to the Moroccan environment, while others are brought in from outside. The park organizes tours to introduce the necessary information about crocodiles, the types of plants and how to care for them.

It is not possible to complete the tourism trip in Agadir without a careful visit to the Sunday market, the city’s most famous market. Sunday market is the main selling point for the people of the city from the local population, so it is characterized by its low prices and the presence of many goods. 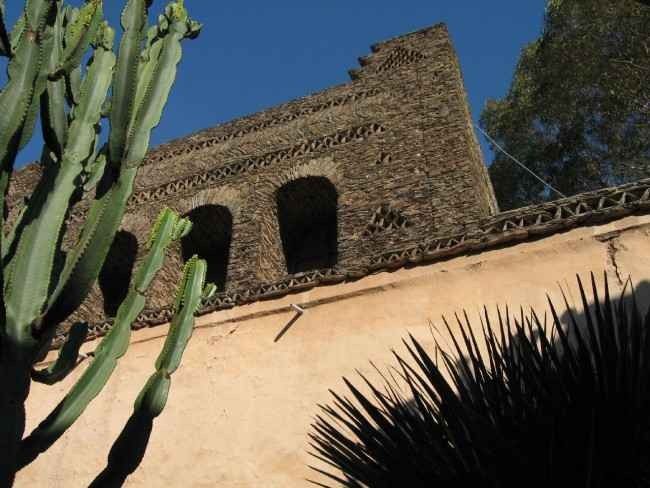 During a long day at the beach, you can peek a few moments to visit the small “Agadir Museum”. The museum is located steps from the beach and has a beautiful garden decorated with palm trees and cactuses. The museum does not contain legend or introductory displays but some of the remains of the city after the earthquake.

Souss Massa Park is located in the south of Agadir and was founded in 1991 AD The park is located on 33,000 hectares of muddy lands and sand dunes that represent a natural environment for the numbers of birds to breed. The park is one of the few places around the world where some rare birds can be seen Like Abu Qardan Al-Bald. 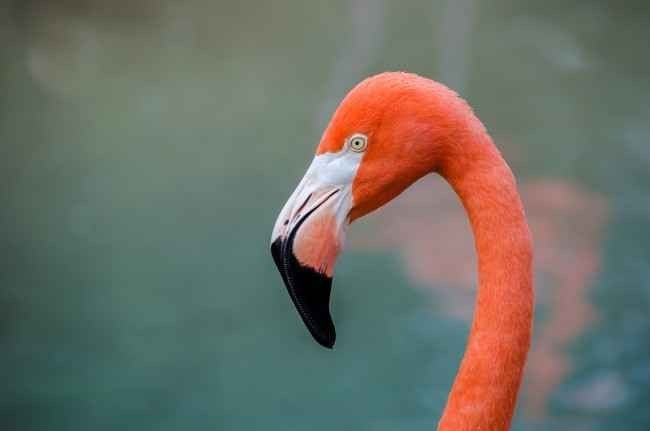 Valley of the birds

Among the tourist attractions in Agadir for families and families, the small garden located in the heart of the city is open to visit for free. There are playgrounds for children and a small animal park with some parrots, flamenco birds, llamas, deer and kangaroos. The park is characterized by being covered in most of its areas and there are many Cafés and small cafes. 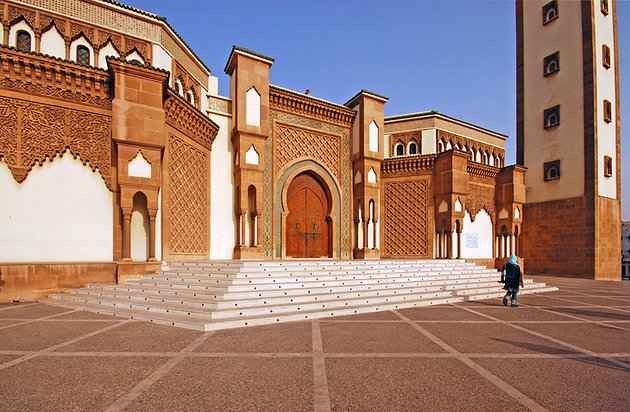 The city center in each town represents a wonderful opportunity to learn about the culture and civilization of its people, as well as the matter in Agadir. The city center of Agadir is famous for being more modern than the city as it was built after its rebuilding after the earthquake but it includes a wonderful group of places that can be visited. The city of Agadir (the Great Mosque) is one of the most beautiful mosques in Morocco with its charming engravings and design. As for museum lovers, they can visit the “Amazigh” and “Marrakesh” museums, where the first provides a definition of the art and culture of this race from the people. The pain that led to Ahyar Agadir completely.

The best places in the men of the Ma .. Saudi Heritage City with a rich history and amazing monuments

Where is Morocco located and how to travel to Morocco

10 most beautiful regions in Morocco, we recommend you to visit

The 5 best beaches in Morocco that we recommend to visit

Where is the city of Meknes and the distances between it and the most important cities of Morocco?

Where is the city of Fez and the distances between it and the most important cities of Morocco?

Tourist sites not to be missed when visiting Naples

The 4 best activities in Kasbah of Bejaia

Report on the Gulf Hotel Muscat

The most beautiful in Kuala Lumpur

The best 3 furnished apartments for rent in Algiers 2022

The most beautiful city in Morocco