Tourism in Ajloun Jordan .. Ajloun is considered one of the best tourist destinations in Jordan, dear tourist, because it possesses beautiful touristic components of natural and historical landmarks and mild weather.

Traveling to Ajloun Jordan .. Know the temperatures and the best times to visit in Ajloun .. 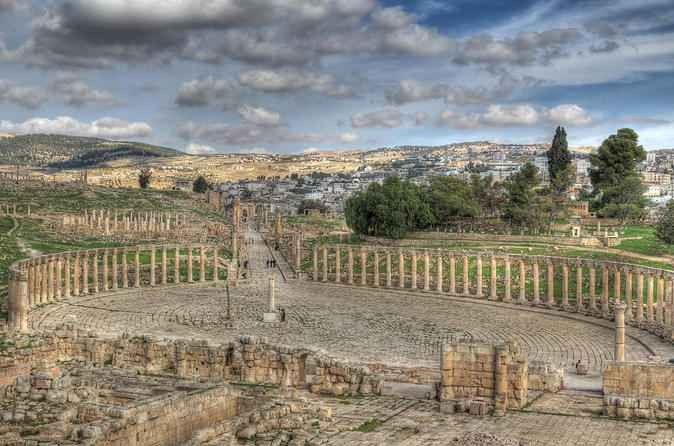 Traveling to Ajloun Jordan .. Know the temperatures and the best times to visit in Ajloun .. Ajlwan is one of the most important summer places in the Hashemite Kingdom of Jordan due to its mild climate, the weather in Ajlun belongs to the Mediterranean climate where the cold winter and hot summer, but not The temperature rises significantly, and the high places with it contribute to the moderate temperatures in the summer. We recommend that you go to it at any time of the year, especially in the spring, when the weather is beautiful. 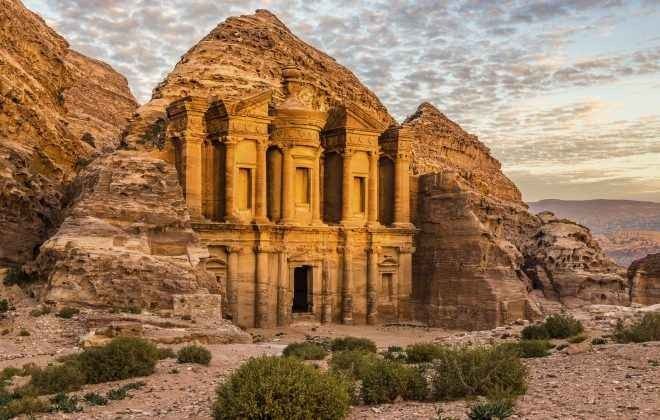 Tourist places in Ajloun Jordan .. Dear tourist Ajloun provides its visitors with beautiful natural places of mountains, waterfalls, valleys and large green areas, the most important of which are beautiful oak trees in addition to the wonderful archaeological sites that represent different civilizations such as Roman, Byzantine and Islamic like Ajloun Castle and Ajloun Mosque Big, we assure you, dear tourist, that you will enjoy watching beautiful handmade products, so you cannot miss buying them. It is worth noting that the safety element in them is one of the most important elements of tourism in them.

It is one of the most important places of tourism in Ajloun, Jordan, dear tourist, due to its high altitude, which greatly affects its climate, in summer the temperatures are moderate, but in winter the weather is cold, when you go to it you will find yourself in the middle of the green nature represented by the crops such as apples and palm trees And olives and oaks, if you love camping, you can camp with it for convenience, and spread out beautiful country houses. You can rent one of them for one night.

“Ajloun falls” .. the most beautiful tourist places in Ajloun Jordan .. 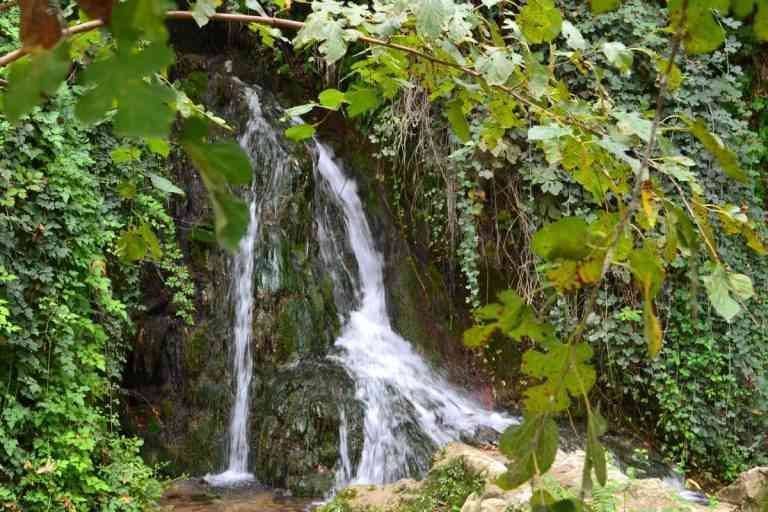 Ajloun Falls “Ajloun Falls” .. the most beautiful places of tourism in Ajloun Jordan .. Dear tourist Ajloun There are a group of wonderful waterfalls that you can not visit and take pictures with them like “Aziq waterfalls”, which is the main source for Ajloun’s access to drinking water, as it surrounds it Archaeological sites and beautiful green spaces, among which the most beautiful are the “Rajab” waterfalls, which are spread around orchards, trees, and water springs, and gather large numbers of birds, so take memorial photos next to them. 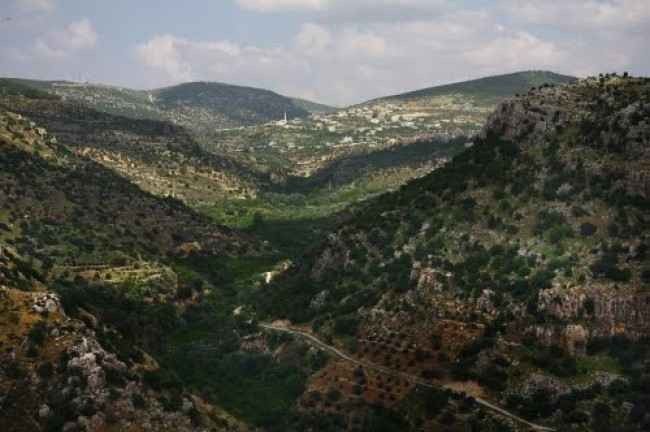 “Ajloun Mountains” .. The best tourist places in Ajloun Jordan .. Ajloun is famous in Jordan for having a group of tall mountains that tourists go to frequently to practice many recreational activities such as camping or climbing and watching the sunrise and sunset in a wonderful beauty landscape that relaxes The soul restores its activity, for example, “Umm al-Daraj”, which is the highest mountain and “Munif Ras”. 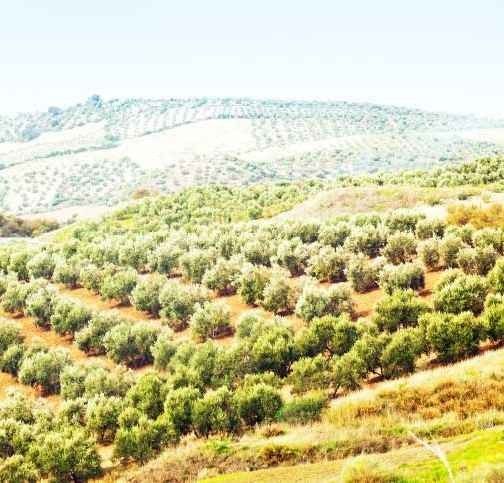 Tourist places in Ajloun Jordan .. “Olive farms” .. Dear Ajloun, the tourist is famous for producing large quantities of olives throughout the ages due to the possession of ancient olive farms that date back to the era of the Romans, so do not miss her to enjoy spending a beautiful time with trees where The beautiful olives that paint for the place a wonderful painting, which is liked by everyone, especially photographers. There are olive farms in several areas in Ajloun.

Ajloun Castle “.. the most important tourist attractions in Ajloun Jordan .. 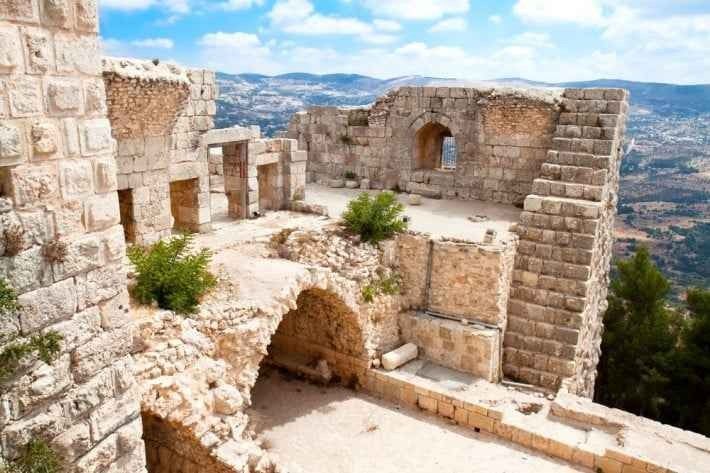 “Ajloun Castle” .. The most important tourist attractions in Ajloun Jordan .. The Ajlwan Castle is considered one of the most important tourist attractions in the city of Ajloun in Jordan. This castle was created in 580 AH corresponding to 1184 AD over the Auf mountain range in order to help the leader Salahuddin in defeating the Sibieans from During monitoring the movements of the Crusaders for their presence in the face of the fort that the Crusaders built and called it “Planet of the Air”, and it is also a center for messages transmitted by the Pigeon Pigeon due to its height that reaches 1023 meters above sea level, the castle is characterized by its construction that demonstrates the genius of the Islamic architecture and its strength, despite From being exposed to a lot of earthquakes as well as to 1260 destruction in the hands of the Mongols and the Sultan “Baybars” restored and restored but it still maintain its beauty.

Things to do when visiting Ajloun Castle

When you visit it, you will enjoy watching the tall towers on its sides, fortified gates, corridors and narrow inner vestibules to use in escaping during the siege and defeat times, the stables of horses and the water wells that collect rain water. You cannot miss watching the deep trench located next to the castle, it is admired by everyone and was It is used to collect water and as a defense as the castle provides you with a wonderful view of the Jordan Valley and the mountains of Jerusalem, it is worth noting that a number of travelers mentioned in their writings such as Sheikh “Shams al-Din al-Damashi” and Ibn Battuta and Ibn Shaheen Al-Dhahiri as it was called before S. The castle of Ibn Fraih is related to the tribe of Al-Fraih, who ruled this region for a period of time. 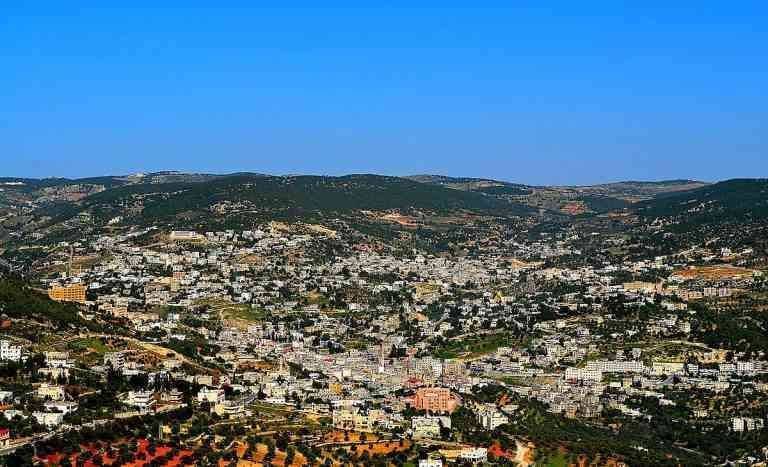 Tourist places in Ajloun Jordan .. “Ajloun villages” .. Ajloun owns a number of beautiful villages where the beautiful nature, including the town of Anjara and called this name in relation to the name of the current eye for the abundance of water springs in it and the most important of which is also the village of “Arjan” Which is characterized by its beauty and its height from the sea and the village of “Rajab”, you should tour the villages of Ajloun, dear tourist, to see the beautiful sights and get to know the local people closely.

Dear tourist, if you are looking for rest and relaxation in the arms of nature where calm and distance from noise in Jordan, you should visit the Valley of Kfranjeh, the valley extends for a distance of 30 km inside the city of Ajlun to flow into the river “Jordan”, it is also called the name “Valley of the windmills” relative to The large numbers of windmills in it in the Mamluk and Ayyubid era, where the number reached 35 windmills, the valley is characterized by the abundance of water springs by it, it is spread along the valley, you can use it with large quantities of water continuously, and add to it a wonderful aesthetic touch, among the most famous springs of spring ”Abu Al-Joud ”which is considered the most important springs because it is an indicator of the uniform Whether or not the rain water, the “eye bridge” and other springs are scattered in the valley, with ornamental trees, olive trees, and other large green areas, do not miss to take souvenir pictures, dear tourist, in this wonderful atmosphere.

Ajloun Forest Reserve “The best tourist attractions in Ajloun Jordan .. It is considered one of the most beautiful tourist places in Ajloun Jordan, which attracts tourists in large numbers, due to its great importance received the Ford Prize for Environmental Protection as a result of preserving the biological diversity of plants and animals And birds, the reserve is distinguished by its presence over the mountains of Ajloun in the north of the Kingdom of Jordan, the reserve was established in 1989 by the Association for the Protection of Nature to protect oak forests, at the time the park was called “Zobia” as it is distinguished by its large area and elevation from the sea by 1100 meters so we advise you dear tourist Visit it to enjoy the atmosphere The wonderful natural environment among the valleys around which birds turn around, where the number of birds reaches 54 species and the variety of plant cover amounts to about 283 species of plants, including 20 medicinal plants in addition to 14 types of animals, the most important of which are the “brown deer” threatened with extinction, there are reptiles Up to 16 types, one of the most beautiful activities that you can do is camping with a reserve, so it provides 10 huts and you have to walk between oak trees until you reach the area of ​​the archaeological sites to see Islamic, Roman and Byzantine monuments. 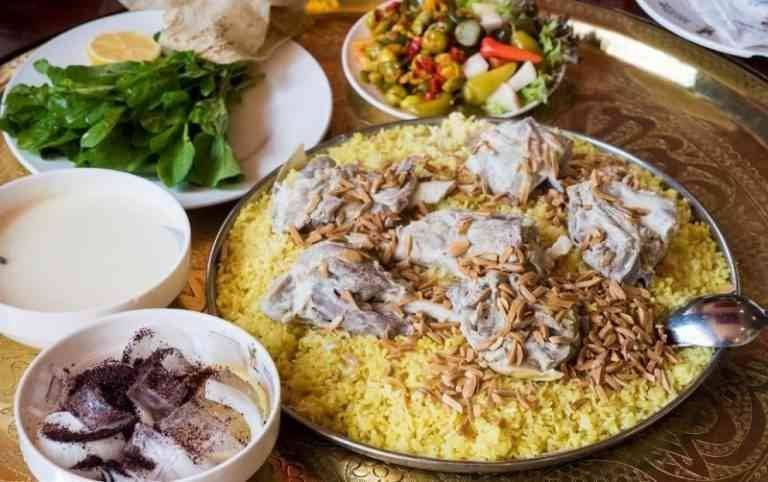 Traveling to Ajloun Jordan .. Learn the most delicious food and the best restaurants in Ajloun Jordan .. When you visit to Ajloun dear tourist, you taste a group of the most delicious Jordanian food, so you cannot miss the experience of “Mansaf” because he is the master of dishes in Jordan and this is due to the breeding of sheep in abundance in the country and You should try “Al-Mutabaq”, it is layers of bread stuffed with meat and also upside down, grape leaves and freekeh soup. As for the best restaurants, “The Oak Garden” restaurant and “Wild Jordan Center” restaurant.

The largest zoos in the world