Tourism in Bangladesh .. the most popular places for tourists in all parts of Bangladesh!

Perhaps you are wondering what are the special things that drive me to tourism in Bangladesh? The truth is that Bangladesh has many wonderful places that attract tourists but it is not known in the world! But the Arab travelers site will be your guide to get to know these places and the distinct activities that you can do there.

This coastal city is located in the Bay of Bengal, south of Chittagong (the largest port in Bangladesh and the second largest city in it), and it is also known as “Panwa” and this name literally means “yellow flower, and it has the longest natural sandy beach in the world, as it extends for a length of 125 km.” “Cox’s Bazar” is considered one of the most widely visited tourist destinations in Bangladesh. The most famous tourist attraction there is: Aggmeda Khyang: It is a huge Buddhist monastery, it is appreciated by about 400,00 Buddhist people in “Cox’s Bazar”, and it is one of the The most important tourist attractions are there. Ramu: It is a village where Buddhist residents reside. It is about 10 km from Cox’s Bazar. It is famous for its handicrafts and includes many temples, Buddhist monasteries, and a bronze statue of 13 feet. Bangabandhu Sheikh Mujib Safari Park: It is the first wildlife park in Bangladesh, it is a nature reserve where the animals are kept in a large area, and also visitors can see the animals there easily. About 50 km from Cox’s Bazar, this park is built as a model from South Asia. 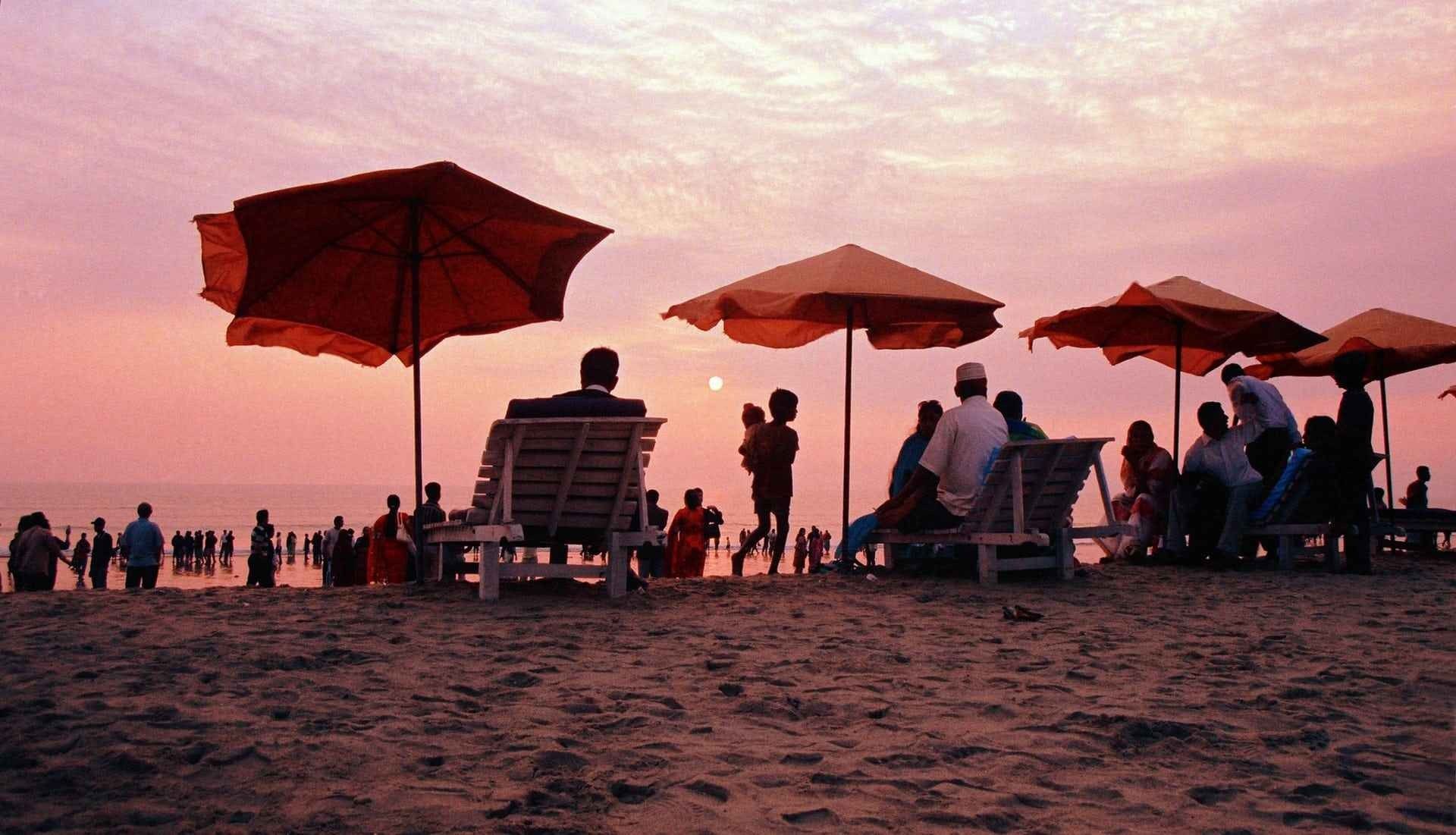 Saint Martin is the only coral island in Bangladesh, and it is a very small island as it hosts only about 8 square kilometers of land area. Initially this island was called “Zagera” by some Arab sailors, and it was called this current name during the rule of the British The sunrise and sunset, coral rocks, many stars at night, and turtles are among the most prominent features of this place. There are many great activities that you can try such as: (fishing, diving in the ocean, walking on the seaside, and many others …) . 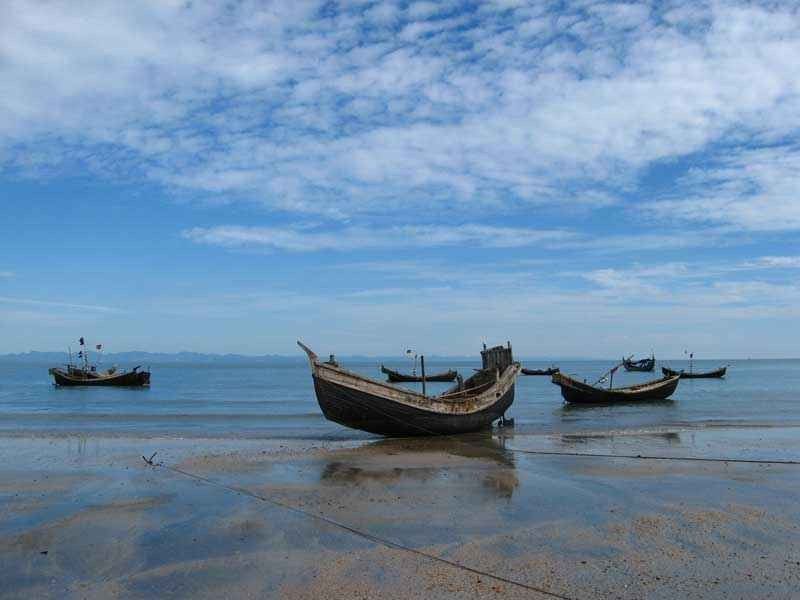 This is where the beauty of tourism appears in Bangladesh. Kwakata Beach is located in the southern part of Bangladesh. The panoramic view of the seashore and the beautiful sights there make this place and its surroundings one of the most popular and popular tourist destinations in Bangladesh. Most popular tourist attractions near Kwakata: Fatrar Chor: It is a tourist place near Kwakata Beach, which is part of the “Sundarban” forest. There are many wood trees and the wood of these trees is long-lasting and expensive, and also all the trees in this forest are very strong and coherent. Jhau Bon Forest: Created by government initiative, this beautiful forest is surrounded by coconut trees, and gives you the opportunity to see the wonderful sunrise scene in Kwakata. 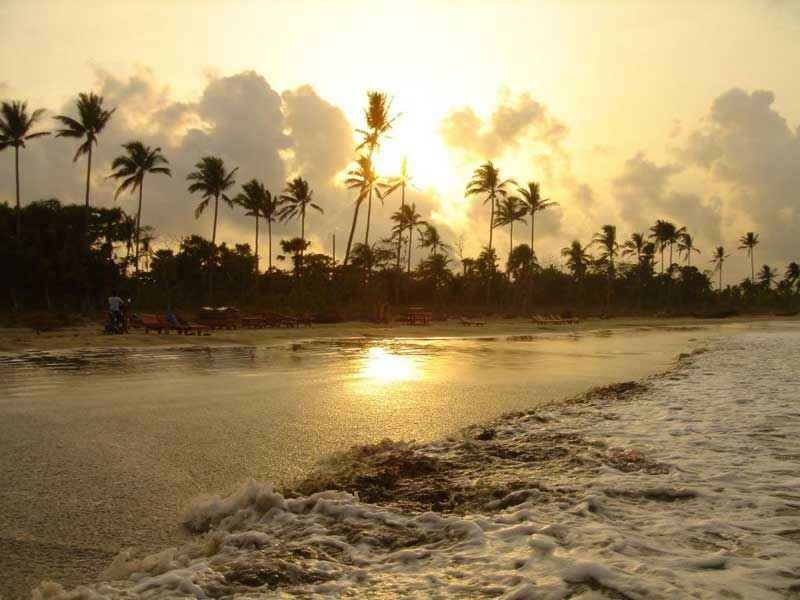 Sundarbans literally means “beautiful forest”, the largest part of which is located in Bangladesh, and there is another part located under the Indian Territory. This place is known all over the world through it is one of the most famous mangrove forests (a group of unique salt plants, one of which grows between tides In tidal marine saltwater systems (tidal saline), many documentaries have been presented on this exotic forest. Sundarbans is a UNESCO World Heritage Site, and it is considered one of the largest reserves that protect the Royal Bengal tiger; stunning plants, predators, Reptiles, and fauna Eya, all of these things add a wonderful charm to this place. 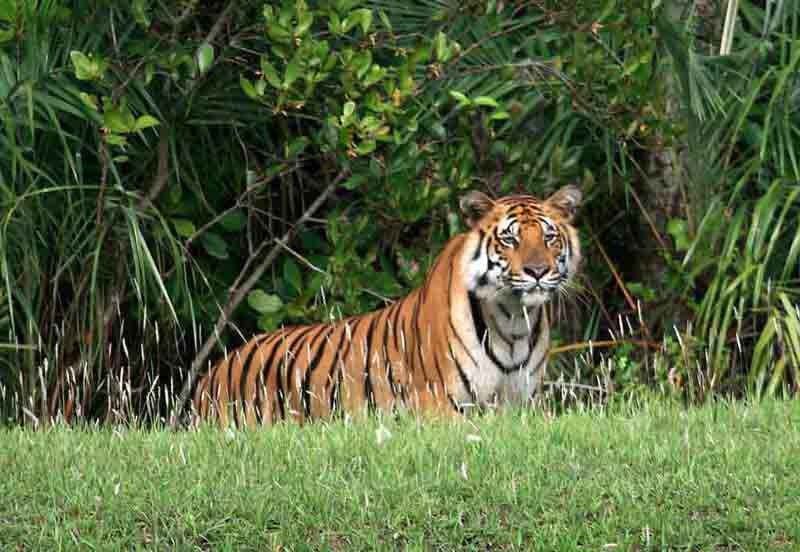 Bandarban literally means “Monkey Dam”, it is a small area in southeastern Bangladesh, specifically in the “Chittagong” province and the lands of Chittagong Hill, and this region is one of the most attractive tourist destinations for tourists in Bangladesh and therefore this place is very distinctive in tourism in Bangladesh. There is the largest Buddhist temple in Bangladesh which is known as “Buddha Datu Jadi”, and also this place is distinguished by being located next to a series of beautiful mountains. This region includes many peaks such as: Tahjindong (height of 1280 meters, also known as “Bijoy”) Mowdok Mual (1052 meters high) Keokradong (883 meters high) is located in Bandarban Many Buddhist temples such as: Ujanipara ViharRaj Vihar 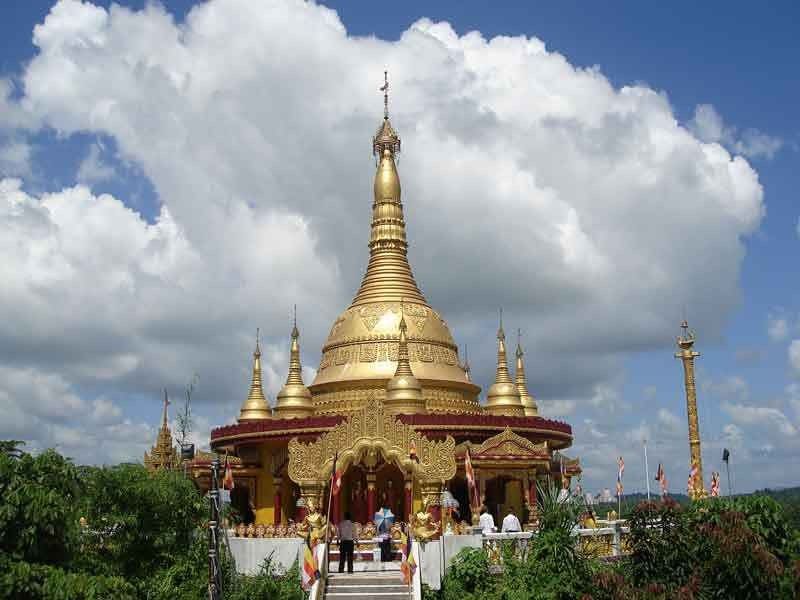 Tourism in Bangladesh has another taste here in Rangamati, which is a small city located between the green hills, lakes and rivers, in the lands of Chittagong Hill, which is why it is one of the most visited tourist destinations in Bangladesh. This town is also known as the “Lake City” as this is The place is located on the shore of the beautiful “Captai” lake. You can get there by taking buses, taxis, and some other private cars from Chittagong to Rangamati. The Suspension Bridge, Lake Captai, and the Indigenous Museum are prominent landmarks and famous tourist destinations in Rangamati. The hotels Bounty for tourists visiting Rangamati: Sofia Hotel Atifandq Castle Alkhaddravndq Parjatan (motel) 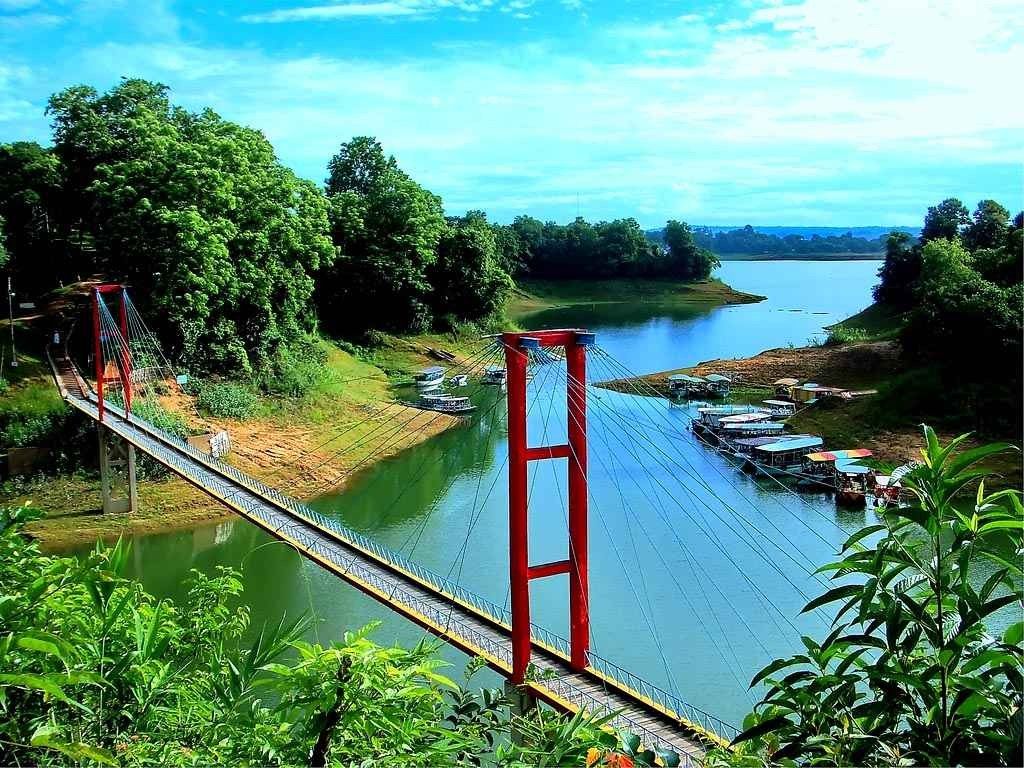 Comilla District is located in the Chittagong District along the Dhaka Chittagong Highway, and this place is one of the most popular tourist destinations in Bangladesh. There are many different places that fascinate thousands of tourists and locals and bring them every year, through the wonderful tourist attractions available There are such as: Bangladesh Academy for Rural DevelopmentKumilatlal Zoo for War CemeteryMinamooti Museum Some of the best and most popular hotels for tourists in Comilla: Nurjahan Hotel Dina Hotel Jur Kanon 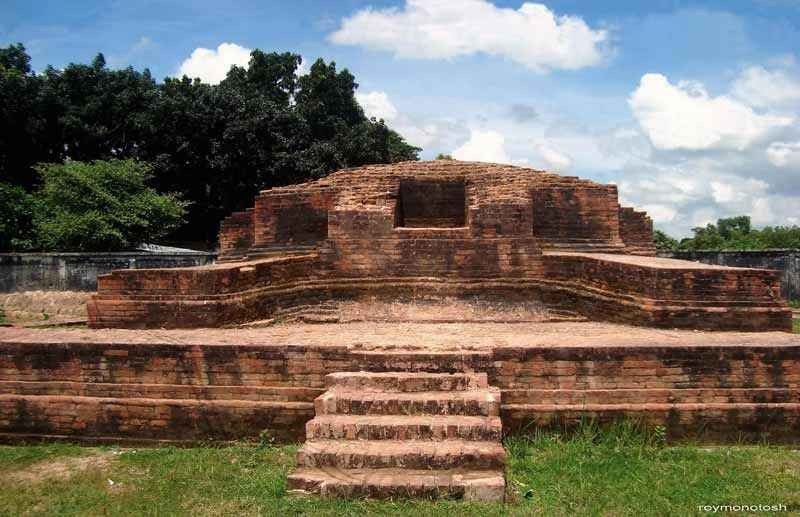 Sonargun is located on the Dhaka Chittagong Expressway, and rulers of various dynasties in the past made it the capital of Bangladesh, and now it is a city that holds the historical and cultural values ​​of Bangladesh, and it was the commercial, administrative and maritime center of history in the state of Bengal. Visiting Sonargun is a tour that you will not forget for life, There you can visit many fascinating attractions such as: Folklore and Crafts Museum, Royal Palace, Beautiful Gardens, Old Lake 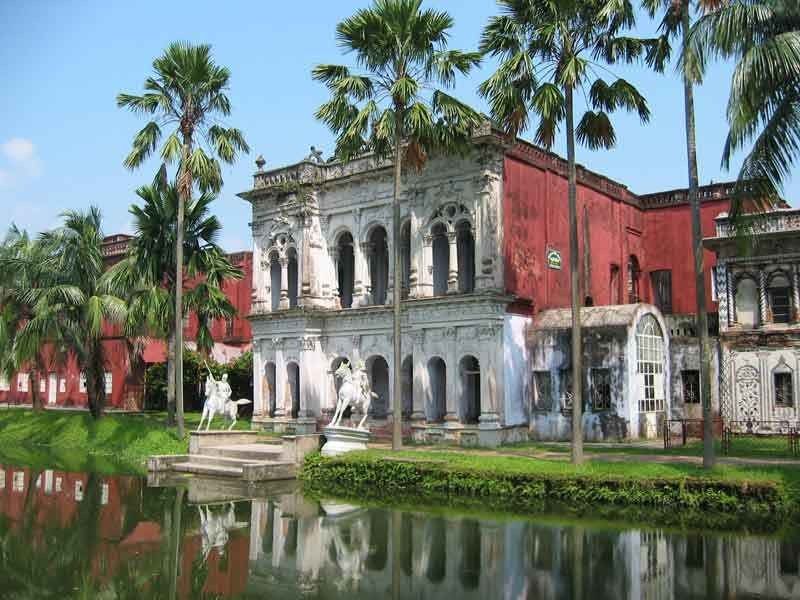 Tourism in Bangladesh has many wonderful places such as: Chittagong is a major coastal city with a population of about 2.5 million people, making it the second largest city in Bangladesh, it is located on the banks of the “Karnaphuli” river between the lands of Chittagong Hill and the Bay of Bengal, which is also the largest home An international seaport in Bangladesh. This city includes the Shah Alamanat International Airport, which connects Chittagong to the most important cities in the world through airlines. There is a large group of the most famous tourist sites in Bangladesh, such as: World War II Cemetery, the beach of Kattalem, the court building, the College of Medicine in Chittagong E Batnjalakeh Voatv Atnolojikal (Ethnology) shrine Baizid Bostami There are many different categories of hotels in Chittagong, which is to meet the needs of all types of tourists and visitors. 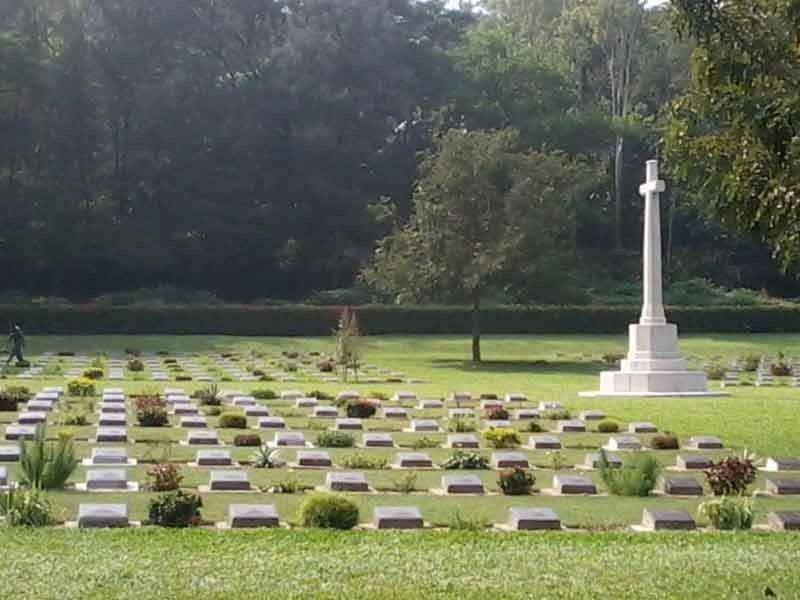 Without a visit to Dhaka, a visit to Bangladesh is considered incomplete, as Dhaka is the capital of Bangladesh, and more than 10 million people live there. This city is an economic, academic and cultural center, it is the center of almost every activity and everything in Bangladesh. A group of the most important tourist sites in the city of “Dhaka”: the Liberation War Museum, the National Memorial, Lake Hatir Jheel, the Pink Palace, Lalbag Fort, gardens in the Bangabandou Memorial Museum, the Ramna Monastery, the Dharmajika Buddhist Park, the Dhaka capital of Bangladesh, it contains many five and four and three stars hotels, along with countless hotels Small, guest houses, and airport M. 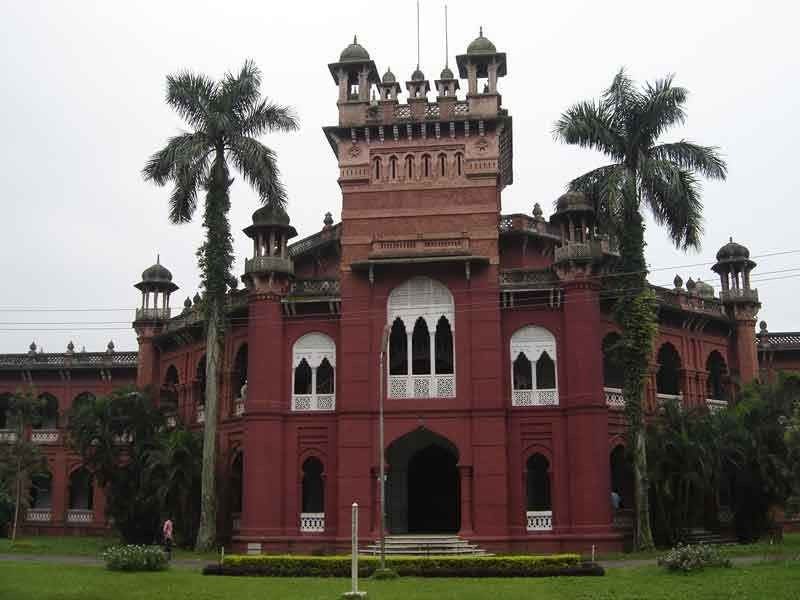 The best countries for immigration

Where to go in Jakarta