Tourism in Bolivia … your tourist guide for the best tourist places in Bolivia.

Tourism in Bolivia .. Bolivia is one of the most popular tourist destinations because it contains the monuments of previous civilizations in addition to the wonderful landscapes.

Traveling to Bolivia. Find out the temperatures and best times to visit in Bolivia. 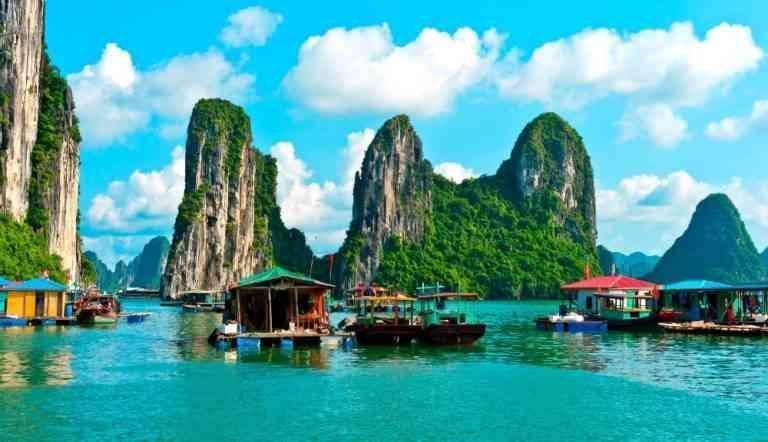 Traveling to Bolivia .. Know the temperatures and the best times to visit in Bolivia .. The climate in Bolivia is varied, its high places are low and its peaks always cover snow while the interior areas are hot in the summer and mild in the winter with rain.

“Madi National Park” .. the most important places of tourism in Bolivia .. 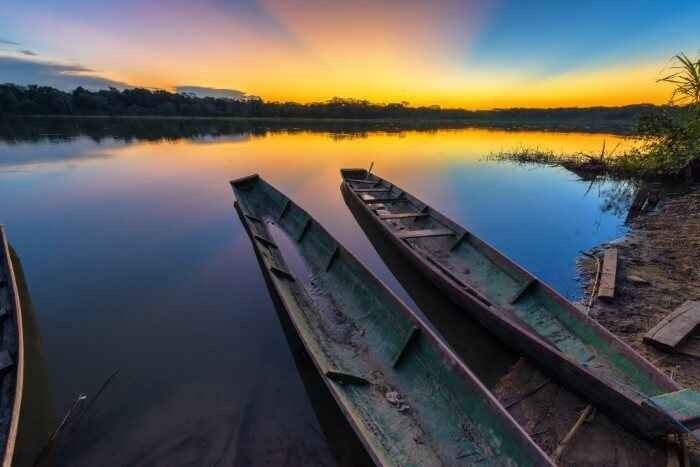 “Madidi National Park” .. The most important places of tourism in Bolivia .. It is considered one of the most important national parks in Bolivia, extending from the Andes to the Amazon and is characterized by its ice-covered peaks and a great diversity of animals such as lions, including rare ones as a particular monkey in addition to many birds of 910 species There are also waterfalls and water bodies, such as lakes and swamps, and they live in different types of fish and reptiles, such as American crocodiles that live in rivers. Forests are filled with green areas of herbs and large trees intertwined beside the magnificent beauty of the Andes Mountains and the number of mammals with about 170 species and a The month of parks is also the “Torotoro National Park” located in the peaks of the Andes Mountains and is characterized by the presence of a number of caves and valleys in addition to the waterfalls that descend on the wonderful rock formations. 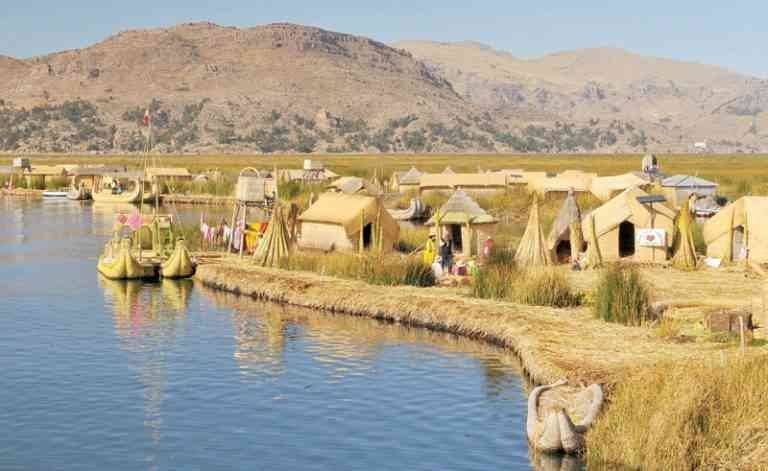 “Lake Titicaca” .. the best tourist attractions in Bolivia..it is considered one of the most beautiful tourist destinations in Bolivia as it is the largest lake in the continent of South America and the highest lakes in the world, its height is about 3800 meters and it is located on the border with Peru and the lake is characterized by its beautiful natural scenery and we advise you to visit and rent A boat in the lake to take a walk in and go to the islands in it is very beautiful and one of the most beautiful is the island of the sun. 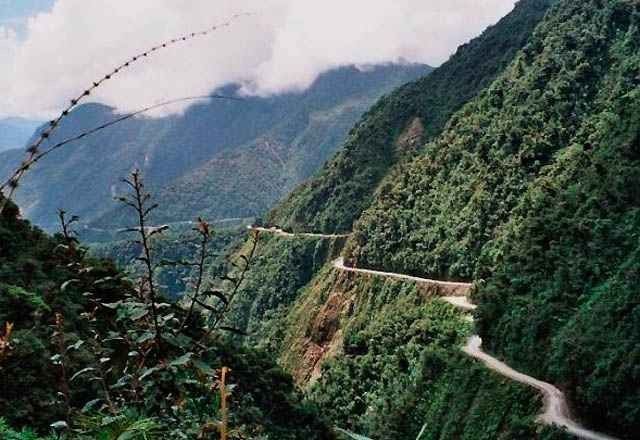 “Yongas Road” .. is the best tourist place in Bolivia .. It extends from La Paz to the Amazon jungle. If you are a fan of adventure then you should go to it as it is a dangerous road that tourists love to ride mountain bikes in it where the road rises 15 thousand feet and then descends about 4 thousand feet in The direction of Kuroyko, but the road is very dangerous for motorists, so we do not advise you to drive cars.

“Eduardo Avarua Reserve” is the most important tourist attraction in Bolivia. 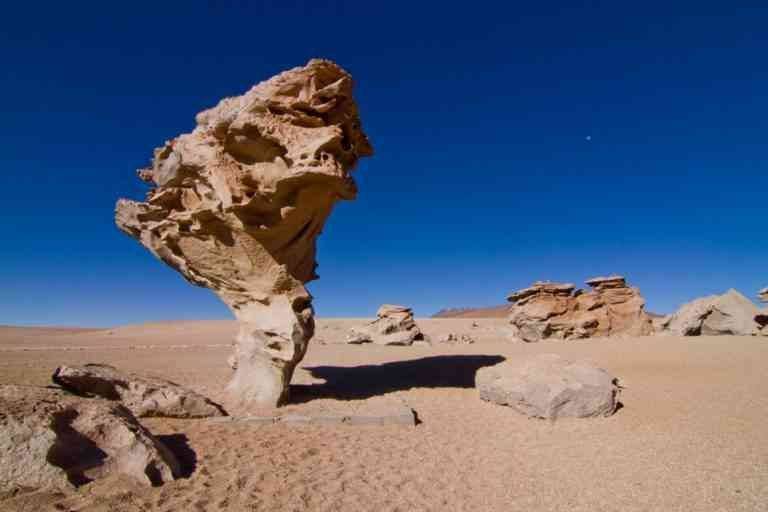 “Eduardo Avarua Reserve” .. The most important tourist attraction in Bolivia .. It is located in southwestern Bolivia, with an area of ​​more than a million and a half acres and is one of the most famous natural reserves that tourists go to, where it aims primarily to preserve birds that live in lakes and also to preserve On parts of the Andes mountains as they are, there is a lake called the Red Lagoon and other species such as Los Ibiz, which converge around local and endangered animals in addition to hot springs resulting from the presence of volcanoes in the mountains of this region. It is worth noting that this reserve possesses the most strange and beautiful places On the surface Z where you find the salt flats rainbow colors also. Read: Tourism in Argentina .. 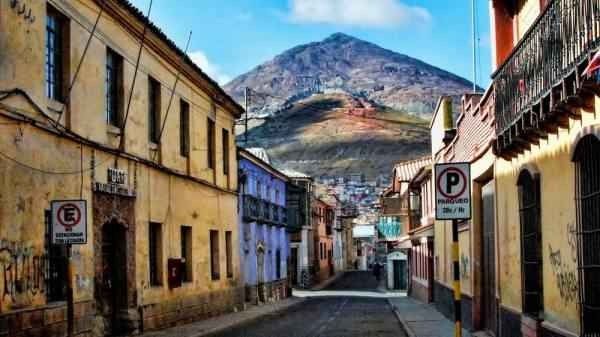 Tourist places in Bolivia .. “Cerro Rico mountain” .. It is located close to the Potosí region, it is distinguished by its presence on a high summit. This mountain was famous for extracting silver in large quantities and exporting it to Spain during the occupation period, despite the extraction of all the silver found in the discovered mines, but still The mountain possesses large quantities and therefore we advise you to go to it to see these mines and to know the effect of colonialism on the people of Bolivia and now the tin is extracted from it it is fun to watch the process of its extraction.

“The city of Tiwanaco” .. found near Lake Titicaca, Bolivia, and this city has historical significance as it dates back to the era of the Inca Empire, as it is an unique architectural building of rock that serves as an achievement for the Inca civilization in this continent and now it is one of the most important tourist attractions in Bolivia and large numbers go to it From tourists.

“Salar de Uyuni” .. the most beautiful places of tourism in Bolivia .. 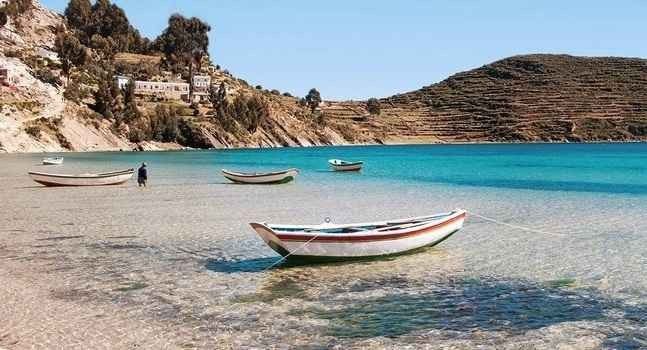 “Salar de Uyuni” .. the most beautiful places of tourism in Bolivia .. located in the Campus Daniel region near the Andes Mountains, it is considered the largest salt flats around the world and is located in the southwestern part of Bolivia and its area reaches 4000 square miles and its height is about 3650 meters above the sea level and originally originated as a result of transformations in various lakes in the prehistoric period. As for the amount of salt is about ten billion tons in addition to the region containing large quantities of lithium in the world do not miss to take beautiful memorial photos next to the salt forms that it forms especially in times of rain As these flats transform To a mirror that reflects what is around it. 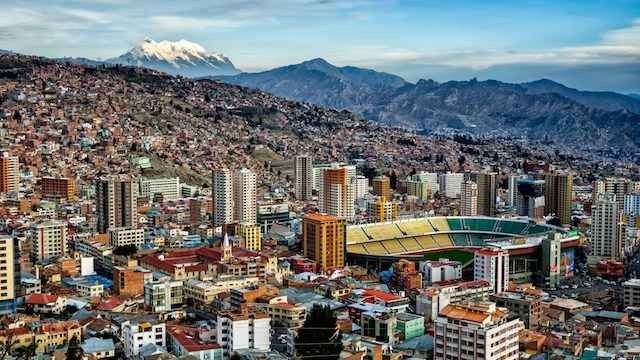 Tourist places in Bolivia .. “The city of Sucre” .. It is one of the most beautiful cities in Bolivia and is characterized by its cool temperate climate and due to its height that reaches 2800 meters, it was established 1500 meters by Sucre, one of the Spanish colonists and when you visit it you will learn about the aristocratic life in Which dates back to the sixteenth century during the era of the Spaniards, where the city contains many relics and important historical places such as the library, which has documents since the fifteenth century and the Hotel Lacasa de Libertad, where he lived Simon Bolivar.

“Oruro Carnival” .. A religious celebration takes place in the city of Oruro dating back about two hundred years and more, as it is the most famous artistic event in South America and every year the focus is on a specific goal in the content presented by the carnival and a number of dancers about 50 groups perform folk and ethnic dances Different number up to 28 thousand dances.

“Island of the Sun” .. the best places of tourism in Bolivia .. Its name returns due to the belief in the Inca civilization that the sun god was born with it, the island is characterized by its mountainous nature and its winding terrain, where it is difficult to walk, but the island contains a number of large camphor trees in addition to the presence of A group of its residents work in agriculture and fishing, and it also contains ancient traces dating back to the era of the Inca civilization 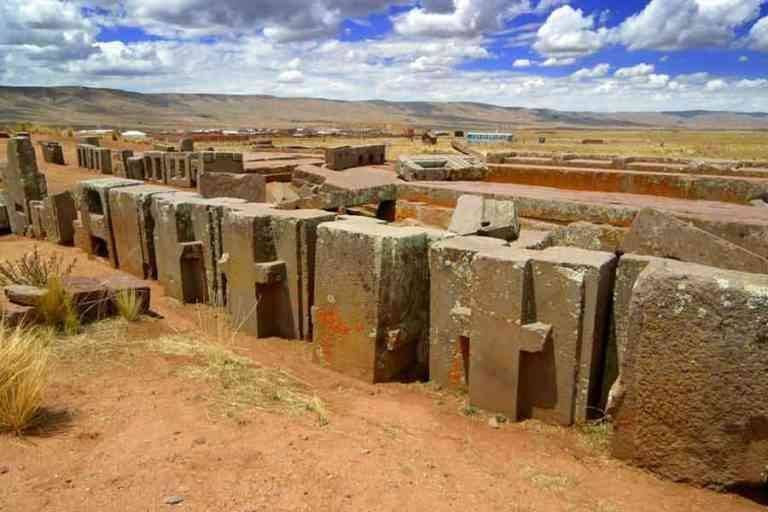 Tourist places in Bolivia .. “Puma Ponco” .. It is one of the most important tourist attractions worth visiting in Bolivia and it is the remains of an ancient city and is characterized by its stone buildings and statues that we do not know how they carved in the past with this skill especially that the size of some stones reaches 800 In addition to that, the height of the stones reaches 4000 meters above sea level. For surprisingly, the people of the region imagine that the aliens are the ones who built them, so we advise you to visit them, as it is a wonderful place that will appeal to you. 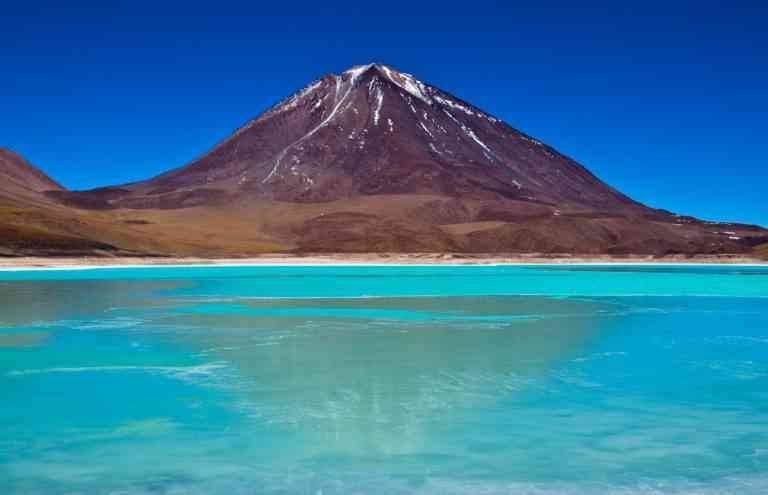 “Laguna Verde” .. Traveling to Bolivia is very enjoyable, especially because there is a lake like Laguna Verde, as it is considered one of the most famous lakes in Bolivia. Its area reaches 1700 hectares and the lake is distinguished by its turquoise colors due to the movement of sediments in the lake affected by winds. Despite this, the temperature in the lake is low due to the blowing of icy winds.