Tourism in Bristol, Britain .. The city has fascinating natural scenery, such as mountain roads, green areas and the Avon River in addition to historical monuments. 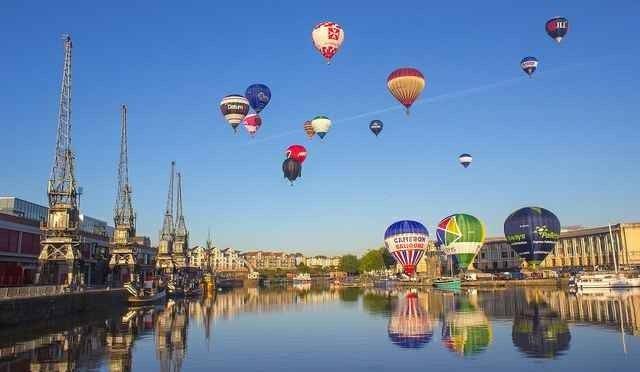 Bristol is located in the southwestern part of England and is considered one of the busiest cities after London due to the tourists going to it in large numbers because it possesses a group of wonderful tourist attractions as the city got the title of “Green European City” and that in the year 2015 AD. The New World Gate because it is one of the oldest ports in the world and helped to discover the North American continent in the year 1497 AD and it played a great role in building ships that helped to strengthen the economy of the city.

Traveling to Bristol, UK .. Find out the temperatures and best times to visit Bristol .. 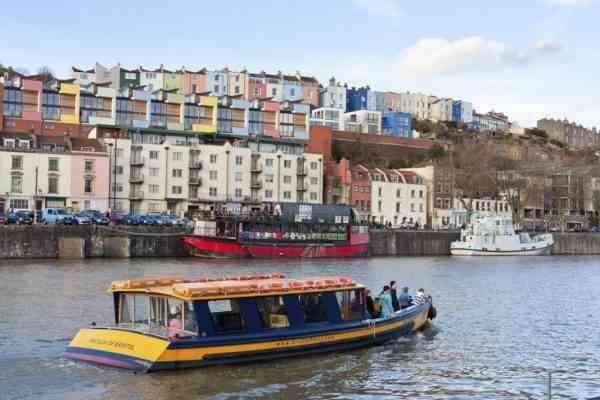 Know the temperatures and the best times to visit Bristol, the city is considered the hottest in the United Kingdom, and despite that, the average temperatures in the year range between 10-12 degrees Celsius and the winter is the most humid, as temperatures drop sharply and it snows from the beginning November to April. As for the summer, its weather is more moderate, so we advise you, dear visitor, to visit the city in the summer or quarter, as temperatures help you to discover the place. 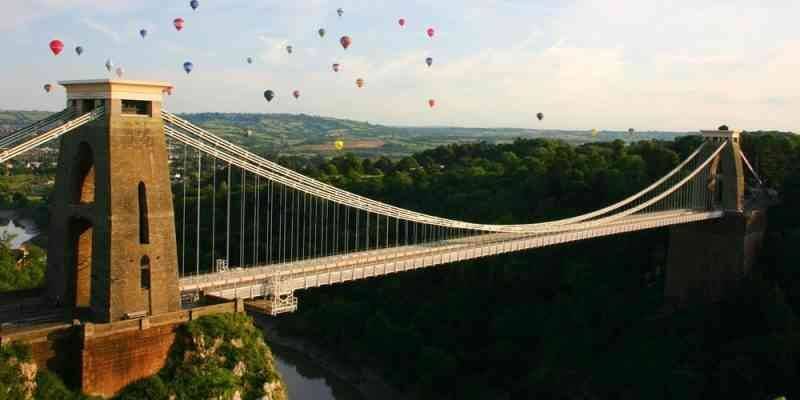 Clifton Suspension Bridge is considered one of the most beautiful places of tourism in Bristol, Britain. Do not miss it, dear tourist, to spend beautiful times in it. It was established in the eighteenth century, so it is an important historical landmark. The bridge extends 260 feet and reaches a height of 75 meters. It is located above the Avon River Which connects the Durham Down and Clifton Down and the bridge was opened in 1864 AD, the bridge provides a wonderful view of the beautiful green spaces and you cannot miss taking pictures with it especially for the spread of airships in the air around it giving it a wonderful shape and you have to try to ride one of them so we assure you that it is A beautiful adventure. Also, you should visit the Visitor Center A special bridge because it shows visitors the history of the bridge and its shops selling beautiful souvenirs you buy them.

“Port of Bristol” .. the most important tourist attractions in Bristol, Britain .. 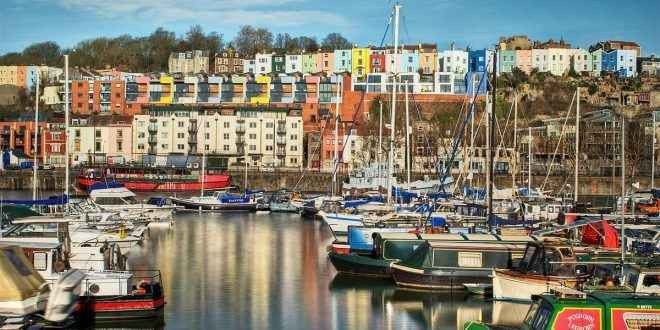 Bristol Port Port of Bristol Dear tourist, Bristol port is considered one of the most important tourist places in the city, the port was established in the thirteenth century AD, the port was opened in 1809 AD and is characterized by its view of the Avon River and an area of ​​about 80 acres, around which there is a group of art galleries and museums and We advise you to participate in one of the trips that are organized by him, as celebrations are held in late July of each year.

It is considered the most famous ship in the world as it is the first ship for iron passengers in the world. It is located in the Great Western Basin of Bristol, and it was launched from it for the first time in 1843 AD. The ship is a testament to Brunel’s ingenuity in engineering and shows the beauty of the past. You should take a tour of it and explore the passenger rooms and take memorial photos with them. 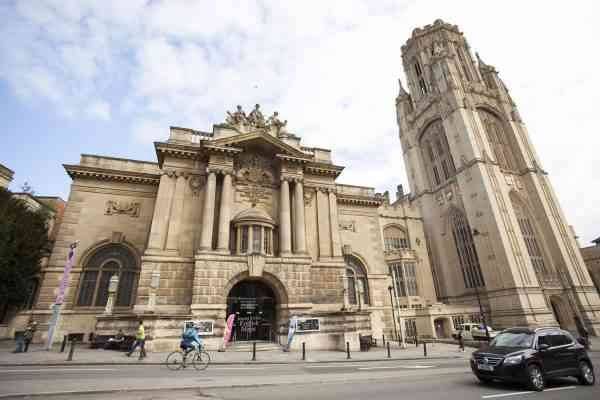 Bristol City Museum and Art Gallery If you love history then of course go to this museum to see a group of valuable monuments, especially the Pharaonic monuments that were brought from Egypt and Assyrian monuments, the museum consists of 19 halls and 3 floors so I take memorial photos on it, the floor The first displays to visitors natural history, in which there are remnants of species of dinosaurs and different animals that have lived since ancient times in addition to various types of minerals that have been found in the city, such as Bristol diamonds, and the second floor fascinates paintings drawn with great accuracy and are paintings of different nationalities.

And it has a section for Brunel, along with local and national antiquities. You should take a tour to explore it and learn about the lifestyle of the local people in different periods of time. The museum now runs the Bristol City Council and its entrance is free. It starts working from ten in the morning until five in the evening. All days of the week except Monday. 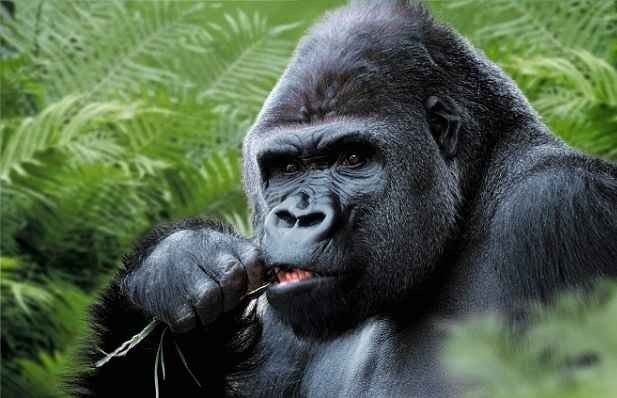 Bristol Zoo Zoo is one of the most beautiful tourist places in the city The park contributed to the protection of more than 175 species of extinction, you should visit it dear tourist to spend the best times in the landscape and to see different types of wild animals such as lions, bears and tigers and pets such as hippopotamus and Rare animals such as red pandas, as the garden contains a wonderful group of birds of various types and shapes, you can feed and take memorial photos next to it and it has many types of reptiles such as snakes and lizards. The garden also cares for aquatic life, so there is a fish tank Bear includes more than 115 species of beautiful marine creatures, including predatory fish such as red piranha, sharks, and the garden with many plants collected from around the world, including what is rare, such as the Filipino helon and orchid, but the forest of butterflies has more than 18 thousand types of butterflies Beautifully, the park provides places suitable for children’s play, such as the water games area and the activity center they can draw and color in. The park operates from nine in the morning until five in the evening and entry prices are 10 euros for adults and 5 euros for children. It also opened a new site located on the outskirts of the city and is called It has a project name Wild Plus. 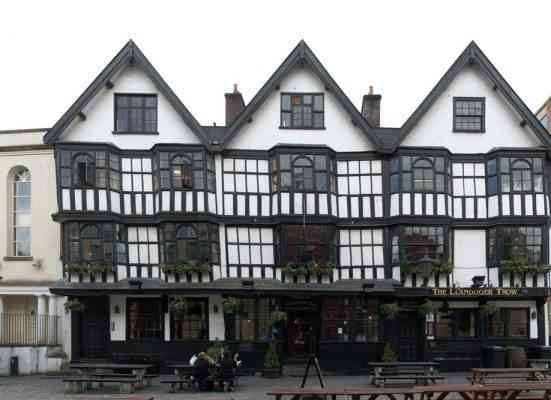 Dear Traunner House, I advise you to visit it, dear the tourist, because it is one of the best tourist places in the city. The Landroger House was established in 1669 AD on the King’s Street. The royal is the oldest theater in England and is called by some rumors that it is haunted by ghosts.

Places of entertainment in Bristol, UK.

The city has various entertainment means so choose what you like, as the city has cinemas and theaters that offer great artworks. The city also has a museum of art and it is a famous museum that poets and writers from all countries of the world go to. Dear tourist if you are a ball fan, the city is famous for its passion for football There are two famous clubs, Bristol Bristolers and Bristol City, you can visit one of them.

Tourism in Groningen in the Netherlands … Enjoy Groningen, the city of bicycles …