Cambodia is located in Southeast Asia, and enjoys a charming nature breathtaking vast green areas, and rice fields that fill the country. It also has a long history, and a civilization that affected many countries in Southeast Asia, including Thailand, and Vietnam. Wherever you go around Cambodia, temples will surround you from every direction. 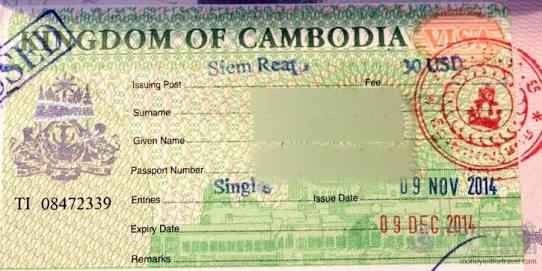 The length of stay in Cambodia can be extended for another thirty days for forty-five dollars. And that from the immigration office on the way to Phnom Penh International Airport.

The best time to travel to Cambodia

The weather is the best thing about tourism in Cambodia, whatever its condition, you can go to one of the parts of the country to enjoy the various activities, the beauty of nature, and the weather. The period between the months of May and September witnesses a decrease in tourist turnout, due to the rains that flood the green areas and the wonderful clouds. That adorn the sky. You can get tremendous discounts during that period, and you can also enjoy wandering the temples, avoiding the crowds. The hot sun strikes Cambodia between April and October as temperatures reach forty degrees Celsius, but from the end of October to November you can enjoy discovering nature, And the green lands due to the stop of the rainy season. Cambodia is crowded with tourists between November and January as the weather becomes cold with wind, with temperatures tilted to the Mediterranean. Make sure to reserve your place of residence before you go, and that period will witness Christmas and New Year holidays.

Celebrations and festivals in Cambodia revolve around religion, customs and traditions. Despite the conquest of Western culture around the world, they still retain their essence, and this is what distinguishes most tourism in Cambodia.

Maya Bushia celebration takes place in February, during which Cambodia celebrates the visit of one thousand two hundred and fifty phobias to the country in order to pledge allegiance to the Buddha. 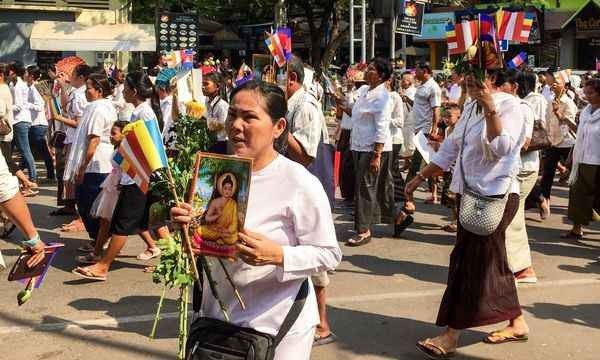 The Chol Chennam celebration takes place in April, where the Khmer year is celebrated, all work stops in Cambodia for three days, families from all over the country gather, food feasts are prepared, and adults await the blessing of priests to pass. For children, they play old traditional games. At the end of the celebration, people throw water at each other to honor the celebration. 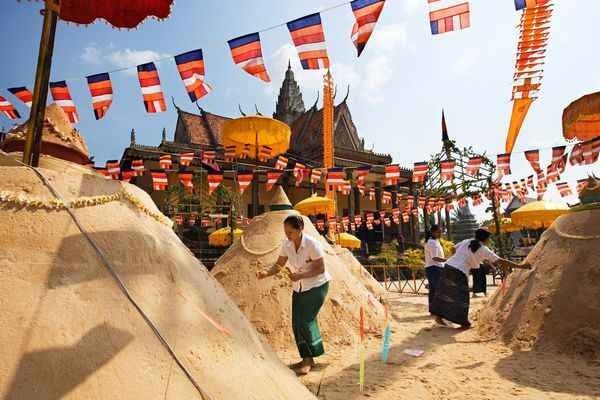 Religious celebration to be held in April and May to celebrate the beginning of rice planting. Representatives of the king attend a plow of a Phnom Penh field with a cow, and based on what the cow eats, the next season is sanctified. 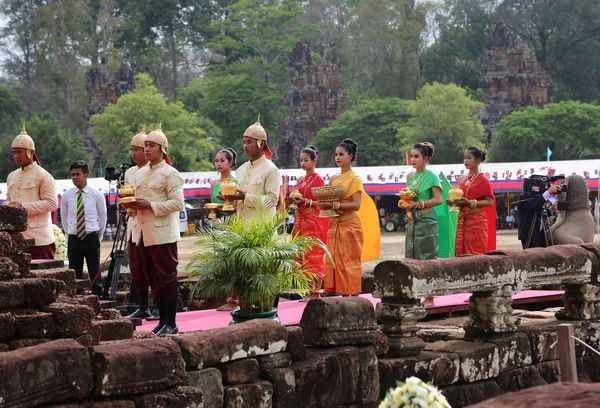 King Norodom Sihamoni’s birthday is a national holiday in Cambodia, which takes place from the 13th to the 15th of May. Where the king blows gifts for the monks, and the poor. The streets of the country are filled with dancing and singing.

Grandparents’ Day or what is known as Bishum bin is held in September, in which Cambodia celebrates the dead by offering ritual offerings and lit candles to guide the souls of the dead for these gifts and gifts. 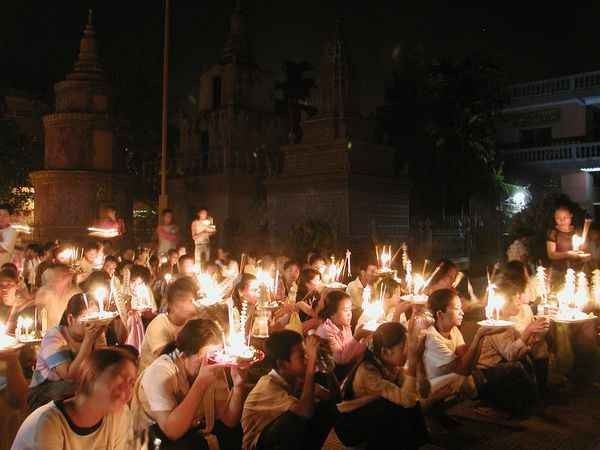 The water festival is held once a year, when the full moon is usually in November. River rallies and boat races are held where the general atmosphere feels joy and happiness. 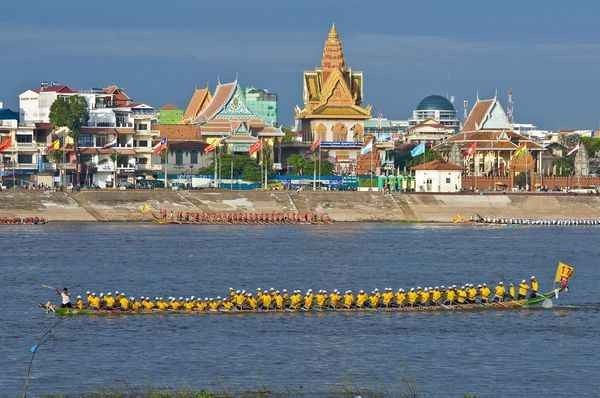 Buddha’s birthday is held in May, and is considered one of the most famous celebrations in Southeast Asia, and the closest to the hearts of Buddhists. They celebrate the birth of the Buddha, the moments of enlightenment, and the serenity has gifts, food, and gifts for the monks.

There are many direct flights from the Arab world to Cambodia, whether to Phnom Penh Airport or Siem Reap Airport.

The dollar can be used in daily transactions in Cambodia, but be sure to be new as sellers do not accept the consumer. There are many currency exchange offices and bank branches in Cambodia. You can also use Visa, MasterCard, or credit card. Be careful, however, of the withdrawal fee, as it may reach five percent at times. 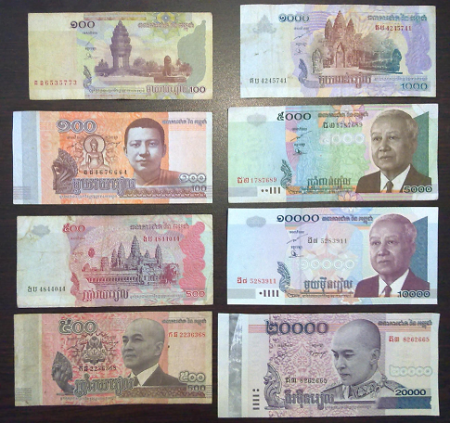 The cost of living in Cambodia

Cambodia’s tourism trip is classified as low-cost. The dollar equals 4200 Cambodian riyals. The daily expenses range from fifty to two hundred dollars, depending on the standard of living you prefer.

Tourism in Cambodia is distinguished for all tastes, from luxury, sophistication to discovery, and camping abroad. This is what characterizes hotels in Cambodia, including luxury with international standards, and those that suit the lowest expenses, including the average, all provide you with a happy stay, help you To enjoy an unforgettable trip.

The most important tourist places in Cambodia

Tourism in Cambodia revolves around culture, customs and traditions, nature and temples. This gives you a complete tourist trip. The Cambodian people are also distinguished by affection and intimacy so you will not feel any inconvenience or anything. Here are some of the most beautiful tourist destinations that give you an unparalleled vacation.

Cape is a coastal city that enables you to enjoy the wonderful atmosphere amid a great diversity of activities such as swimming, diving, coral reef and surfing. Cape was established as a colony of the French elite in 1908 and the city still maintains some of the villas that were established at this time. Rabbit Island is near by, and most tourists go to it for a one-day trip. 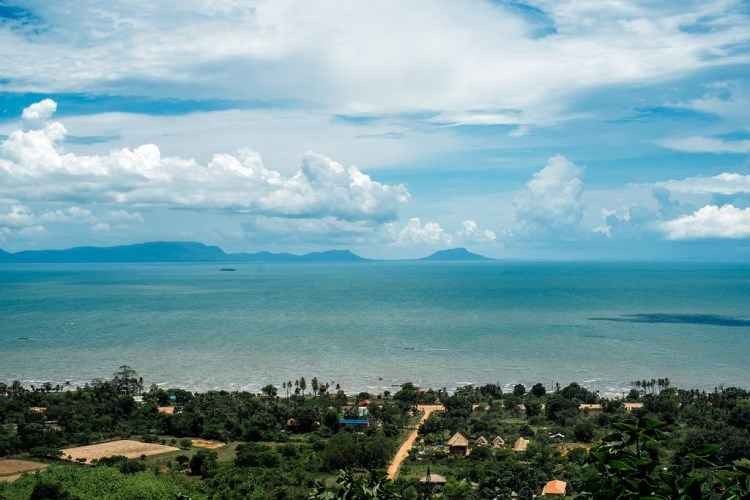 Siem Reap is one of Cambodia’s most developed cities, and it has become one of the most important tourist places, as it is the gateway to the Angkor temples. It contains a great diversity of hotels from five stars to hundreds of low-cost hostels. This is next to a huge number of restaurants serving various delicious foods. 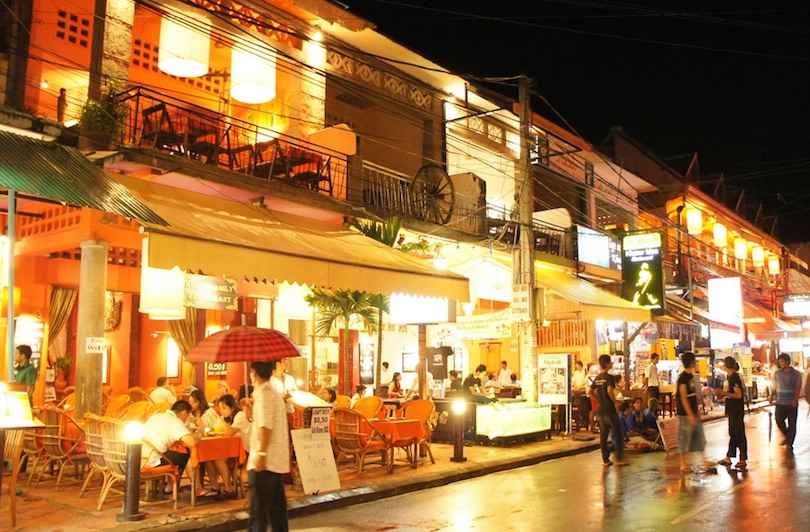 The most important symbols of tourism in Cambodia is the largest city in the country, as it is the capital since French colonialism. It is considered one of the most beautiful cities that the French built, and their influence appears to it today. The Royal Palace and the National Museum are among the most important tourist attractions in it. You can buy crafts and souvenirs from the night market. 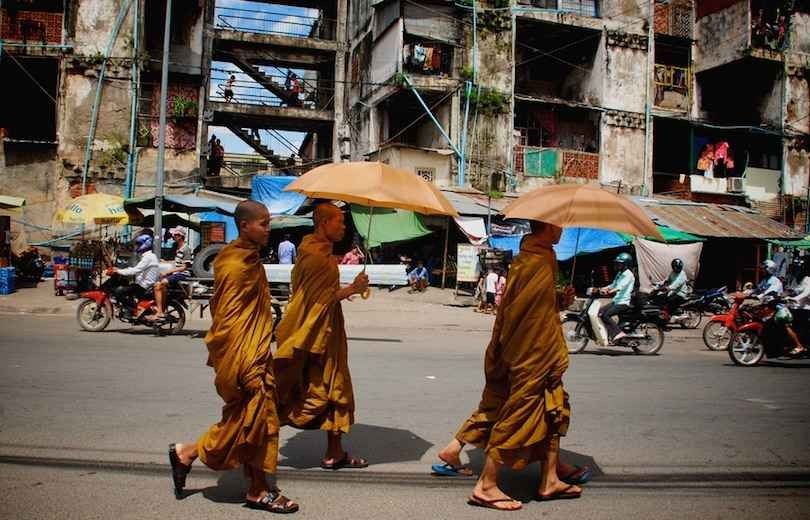 The capital of the Khmer Empire from the ninth century to the fourteenth century. It includes many temples, monuments, and historical treasures, making it one of the most important historical sites in Southeast Asia. The Angkor Wat temple is one of the most important monuments of the city, and is considered the largest religious monument in the world. This is beside the Bayon Temple. 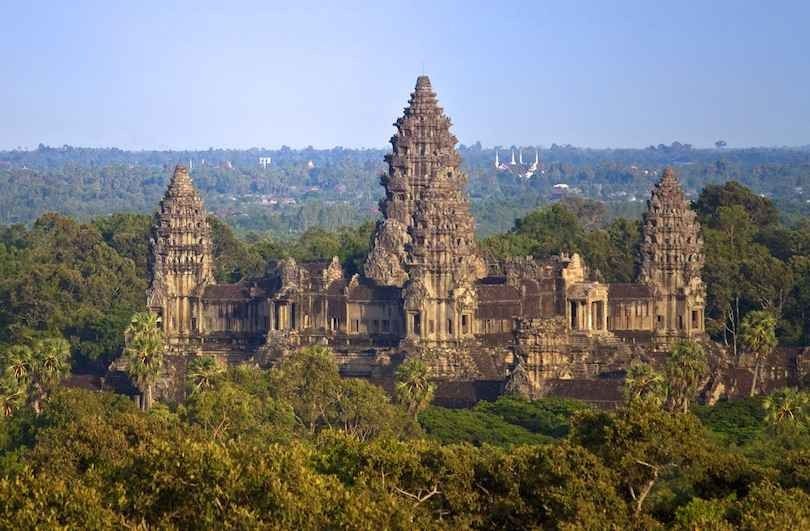 Where is the butterfly garden located in Dubai?