Tourism in Chad .. the tourist guide for a special trip in “Chad” the best tourist destinations in Africa ..

Tourism in Chad .. Chad, despite being an undeveloped country, but tourists from different parts of it go to visit its distinctive natural landmarks and in Africa, so Arab travelers give you your guide to the most important of these places.

Traveling to Chad .. Know the temperatures and the best times to visit in Chad .. 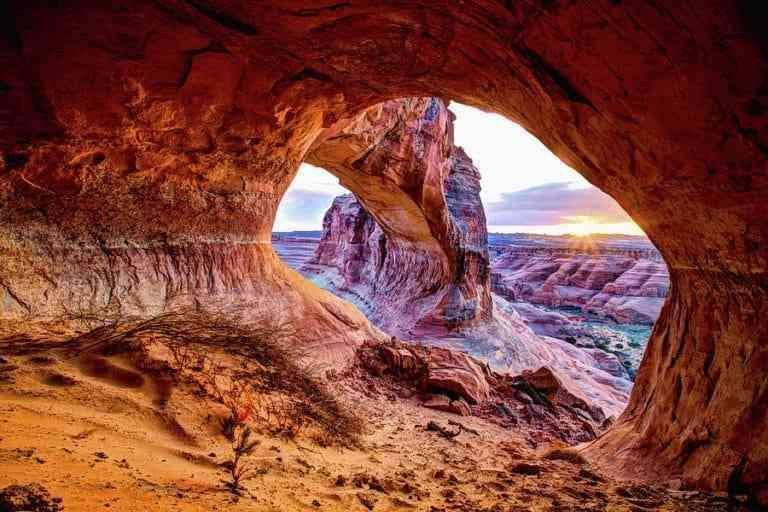 Traveling to Chad .. Know the temperatures and the best times to visit in Chad .. Tourism in Chad is enjoyable but dear the tourist. You should know that the weather in Chad is very hot and dry in the summer. It is a desert region, so the temperature reaches 40 degrees Celsius, while the winter season is degrees. The temperature is moderate during the day and it tends to be cold at night, especially from November to February. The highlands are characterized by moderate temperatures from the lowlands and forests, so we advise you to visit Chad in the winter to hike in a suitable atmosphere. If you go to it at hot times, you must accompany you with light white clothes, sunglasses and a hat And sun and meat cream Yeh from the sun and always carry water bottles also abroad. Read: Tourism in Nigeria ..

“Lake Chad” .. the most beautiful places of tourism in Chad .. 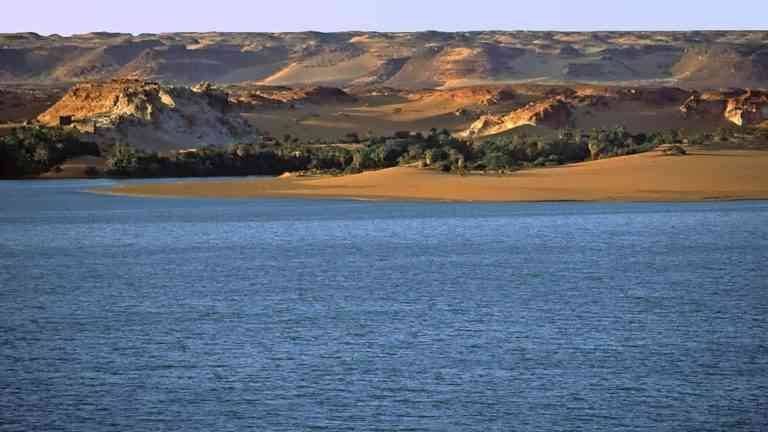 “Lake Chad” .. The most beautiful tourist places in Chad .. It is considered one of the most beautiful tourist destinations in Chad. It also occupies the sixth place in terms of area and gets most of the water from the Shari River. The lake is characterized by its view of 4 countries, Chad, Nigeria, Cameroon and Niger. The lake also includes different types of fish, you can practice fishing, and you can ride a boat in the lake for picnics in the clear waters, and birds gather on the water, you can feed and take memorial photos with it.

“Chari River in Chad” .. the most important tourist places in Chad .. 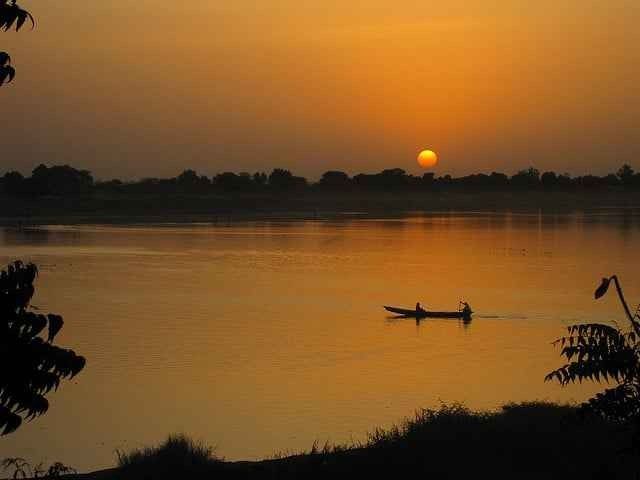 “Chari River in Chad” .. The most important tourist places in Chad .. Tourism in Chad is distinguished by the presence of distinctive water destinations such as the Chari River, it is one of the most beautiful rivers in the continent of Africa and passes in Chad in the city of Sara and then to the city of N’Djamena, which is the capital and its length reaches 1200 km Among the most beautiful rivers is the Logon River, which has a length of 960 km and merges, so that it is a distinctive and wonderful beauty view that deserves to be seen, so many tourists go to it every year to enjoy the picturesque natural atmosphere, especially fishing. 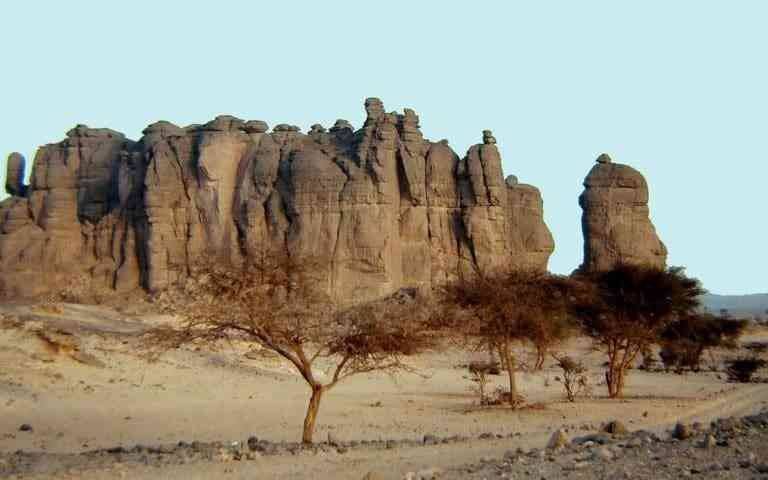 “Tibesti Mountains” .. The best tourist attractions in Chad .. It is considered one of the highest mountains in Chad, especially the “Emi Kosi” mountain, which reaches a height of 3400 meters above sea level. If you are a mountain climbing enthusiast, you must climb to get a wonderful view of what is around it. Of plateaus and sedimentary rocks and green areas in which savannah trees grow.

“Oasis Of Guelta dArchei in chad” .. the best tourist places in Chad .. 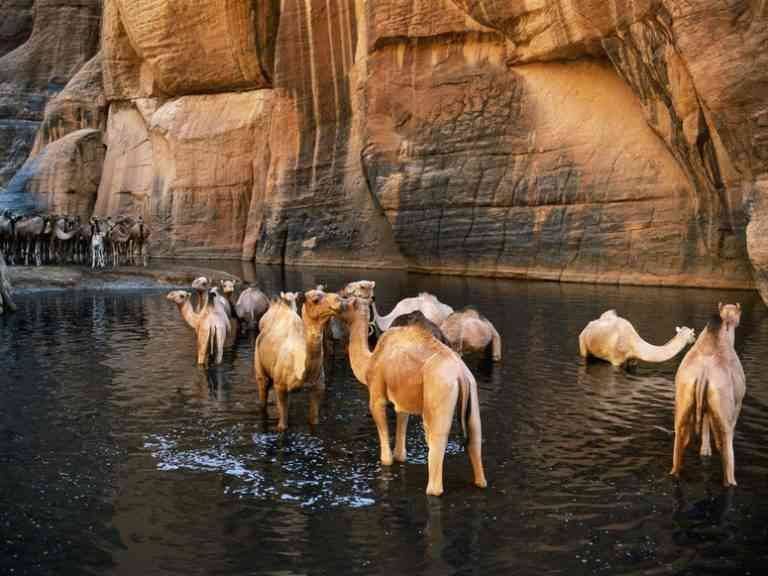 “Oasis of Guelta dArchei in chad” Oasis of Guelta darchei in chad .. .. the best tourist places in Chad .. located in the Anidi Plateau region in the northeastern part of Chad and we can call it the camel oasis and it is considered one of the most beautiful oases in the world because it is distinguished by a wonderful aesthetic landscape where the watershed Surrounded by mountains from everywhere, and the camels that travel in caravans and gather around water bodies to drink water, do not miss to take beautiful memorial photos of them, so tourists go to visit them in large numbers, so they see their distinctive terrain from mountains that include statues from ancient times, rocks and plateaus, in addition to desert animal pets, so we assure you dear The tourist is that in the Gilta Archi oasis you can explore the beauty of the desert, especially as the water collects in it in reservoirs as a result of a leakage of underground water as it is distinguished by its presence behind a group of valleys and high slopes so the oasis is a hidden place from view and therefore it is a refuge for animals but its water changed to black color due to the accumulation of beauty dung With it until it has formed rocks. 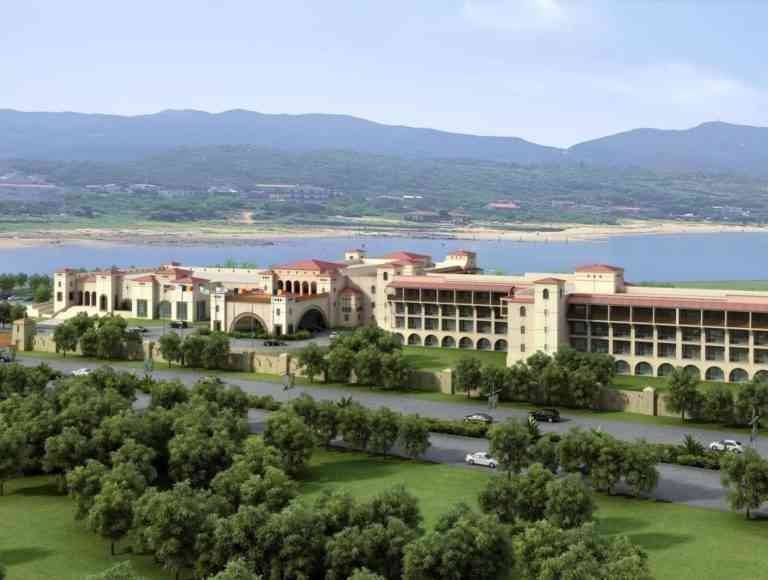 “N’djamena N’Djamena” .. Tourist places in Chad .. It is one of the most important tourist destinations in Chad as it is the largest so visitors go to it and the most important streets are Charles Dougal Street, it is its largest street and there are a number of local and international restaurants such as the Indian and Chinese restaurant Besides the existence of parks, wide green areas, the river and other wonderful natural monuments, it is also the most urbanized city in the country, and despite that, it maintains its ancient character, the first craft of which is agriculture due to the abundance of rivers and green areas of forests and trees especially mango trees and it is worth noting that its people A good and cooperative with tourists and there are several archaeological places in other regions such as the Kingdom of Cannes which was found in the area of ​​Maw Kudu and the kingdom of “Wadi” in the ancient city of Wara and the kingdom of “Baqarmi” in the south of Lake Chad in the city of Masenia. 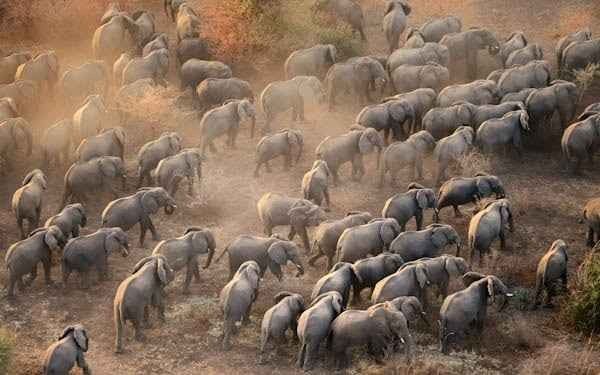 Tourist places in Chad .. “Zakouma Park” .. It is one of the best tourist places in Chad, it is the largest natural reserve in Africa. It is located in the western part of Chad in the Umm Al-Tayman region. The park is characterized by the presence of large numbers of domestic wild animals such as elephants and mare. The river, the big caribou, the giraffe, the monkeys, the African buffalo, deer, and predatory animals such as lions, tigers, leopards, and other animals besides the local and migratory birds between the continents, which are distinguished by their wonderful colors, so do not miss to take memorial photos of them and types of reptiles such as crocodiles all along with the surveyor V vast savannah of green trees, trees, deciduous shrubs and forklifts.

“Chad arches” .. the most important tourist attractions in Chad .. 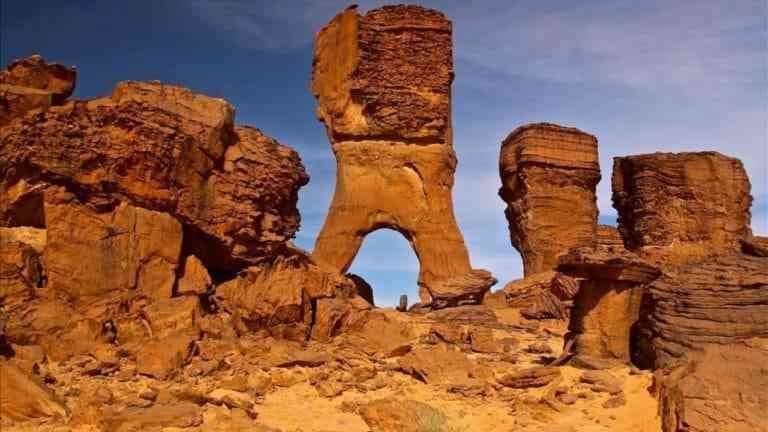 “Chad arches” .. The most important landmarks of tourism in Chad .. This tourist destination is characterized by natural arches that were carved as a result of the influence of the wind on the dirt rocks and tourists who love adventure and the thrill of climbing to it then descend from it and the most famous of these arches is the “Aloba” arc which reaches its height to 250 feet, it is the second longest natural arches in the world and it has a distinctive and beautiful shape worth visiting and taking memorial pictures for it in addition to the presence of a lake near it in the Fada area and it has many fish and crocodiles and walking in this area is by four wheel drive vehicles besides the presence of a guide. 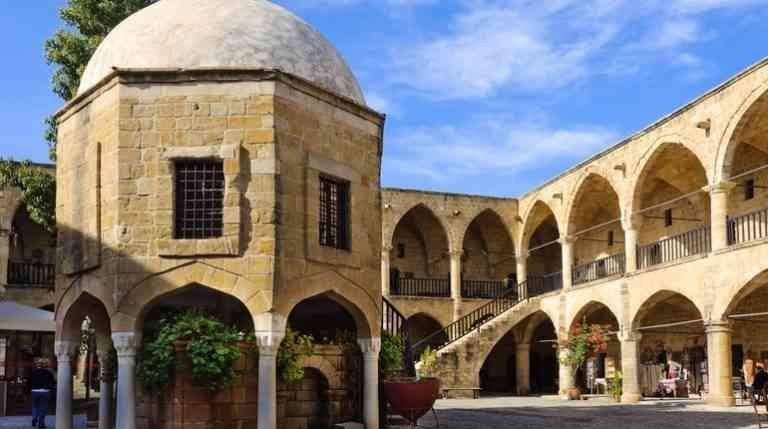 “Chad National Museum”. The tourist places in Chad .. One of the most important tourist places we recommend you to visit to see the household and agricultural tools and other machines used by the ancient in Chad so that you can get acquainted with their lifestyle in the past besides having artifacts in it and it is near A number of hotels offer good services.

Traveling to Chad .. Learn about the best foods and best restaurants in Chad. 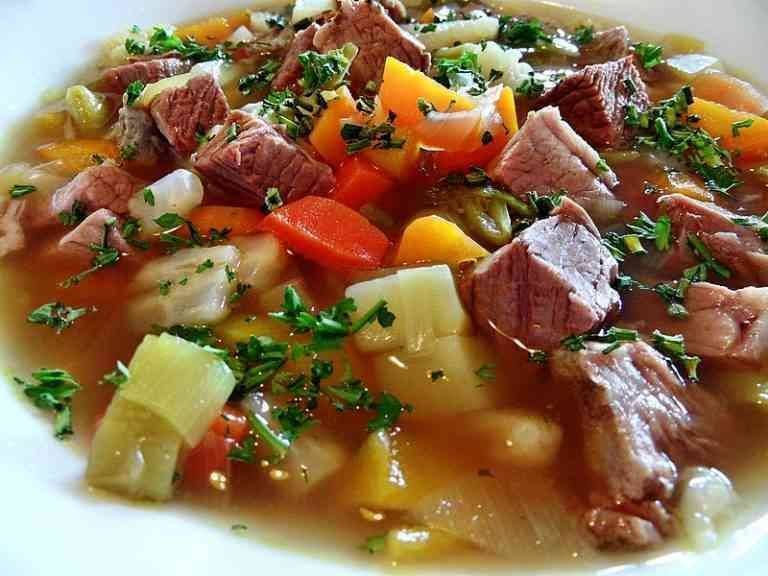 Traveling to Chad .. Learn the best foods and the best restaurants in Chad .. The cuisine in Chad is characterized by simplicity and delicious taste, and one of the most famous dishes in Chad is “long”. It is a popular meal for the local people. When you visit Chad, it must be tried. It is delicious and also the porridge dish is a paste Add them, dry okra, pieces of meat, and also the “al-Malil” dish, which is noodles in the milk. The best drinks are the needle. They are located in Chad, a number of local and international restaurants, such as the Chinese restaurant and the Lebanese restaurant, Layalina Lebanese. You cannot miss a meal at “Le Central” or “Ali” restaurant. Papa ”in the capital.

Tourism in Zimbabwe … we offer you the most beautiful tourist destinations..you can’t miss her …

Tourism in Kenya .. the ideal place for adventure lovers and safari trips ..