Cordoba was the largest city in the world for a thousand years, with a population of three hundred and twenty thousand people, that is, three times its current population. It was the capital of the Islamic caliphate in the past, and the Iberian Peninsula has ruled for hundreds of years. Because of this it contains many aspects of stunning architecture, which fill every corner of it. Make sure to wear comfortable clothes, so you can enjoy this great tour.

One of the most important places of tourism in Cordoba is considered one of the cultural wonders of the city. It dates back to the year nine hundred where it was the cultural and scientific center of Europe, at the time of Prince Abdul Rahman’s rule. When you enter the mosque you find many columns and arches that adorn it. There are more than eight hundred and fifty columns, built of bricks. The mosque became a church in 1236 and from that time founded many small churches, until 1500. 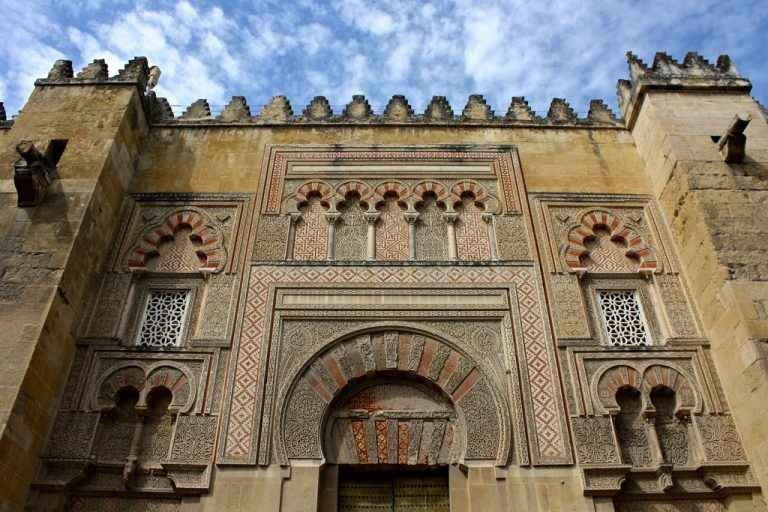 It is an entrance to a large square, where Muslims go to ablution. The shape of the square has not changed since its foundation, and it still maintains its fountain, with orange trees that fill the place with a fragrant aroma of spring, so it is one of the best tourist attractions in Cordoba. On the eastern side, and northwest of the square, you find a series of galleries that contain; a group of Picturesque hollow wood carvings. 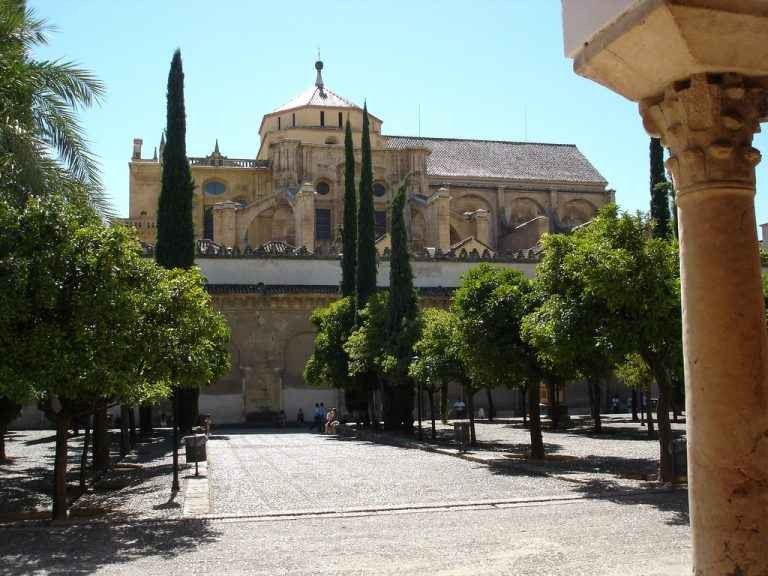 Los Reyes Christianos Palace is one of the most beautiful and important places in Cordoba, and has a great history. It was a fortress of the Visigoths, after which it fell under the control of the Umayyad Caliphate, which established a garden, courtyard, and a number of baths in the palace, as well as the largest library in Western Europe. And then he came under the control of the Christians, when they took the city, then he became the center of the Inquisition, which lasted for three centuries. There is a lot to discover in this palace, as the garden alone extends to five hundred square meters. 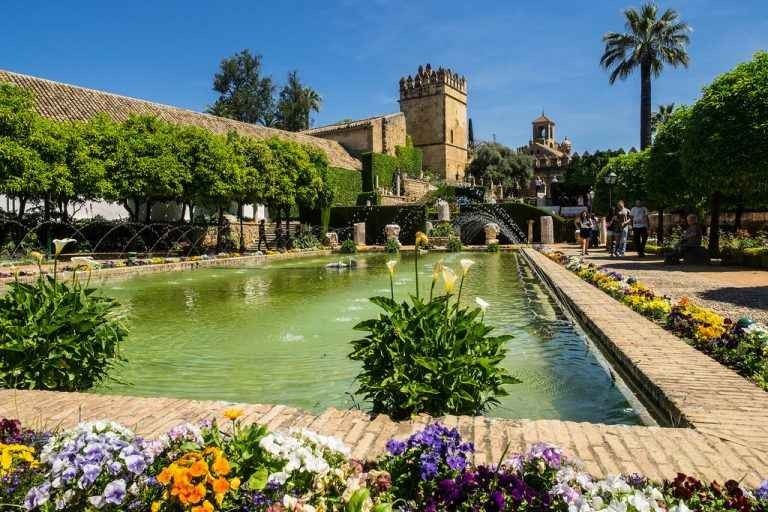 The Jewish Quarter is located in one of the tourist places in Cordoba north and west of the Great Mosque, it was home to the Jews during the period of the Islamic caliphate in the city, before they were deported in the fifteenth century. The little flowers, which have a wonderful fragrant scent, compel you to stay with them. 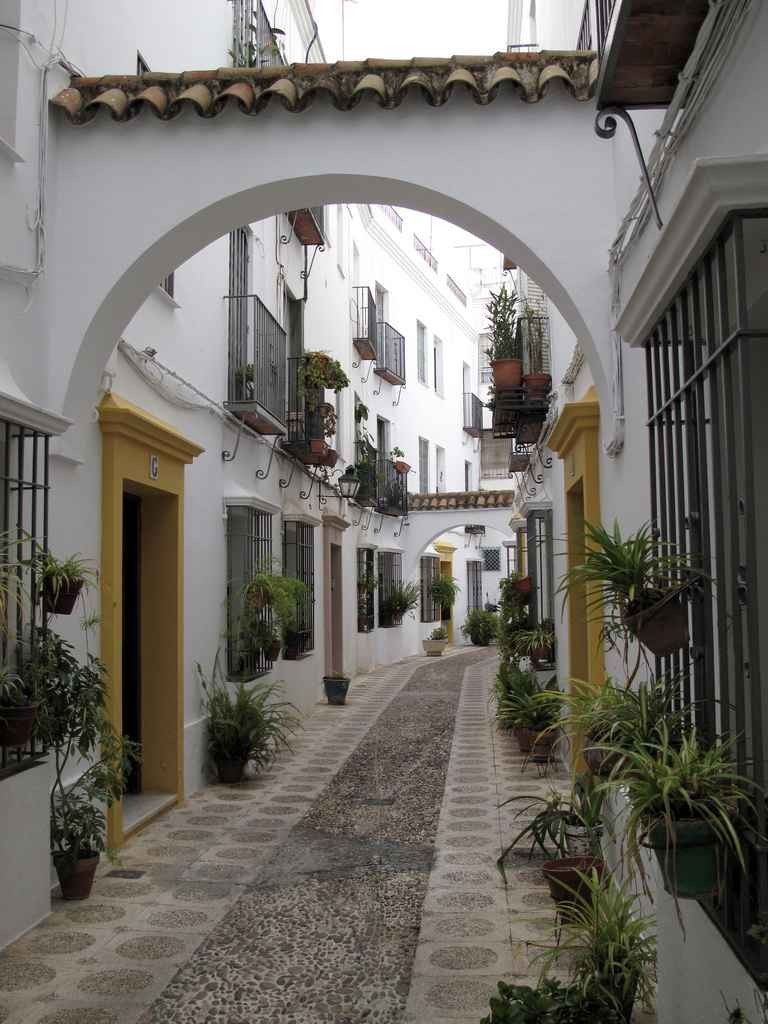 The Roman Bridge stretches across the Grand Canyon, and is one of the places that every tourist must visit when traveling to Cordoba. Through it you can enjoy a breathtaking view of both the Calahora Tower and the arches of the Great Mosque. It dates back to the first century, but now reflects the architecture of the Middle Ages, and that was the reason for its appearance in the fifth season of the famous series Game of Thrones. The bridge and its surroundings are decorated in magical golden orange, making it a wonderful romantic destination. 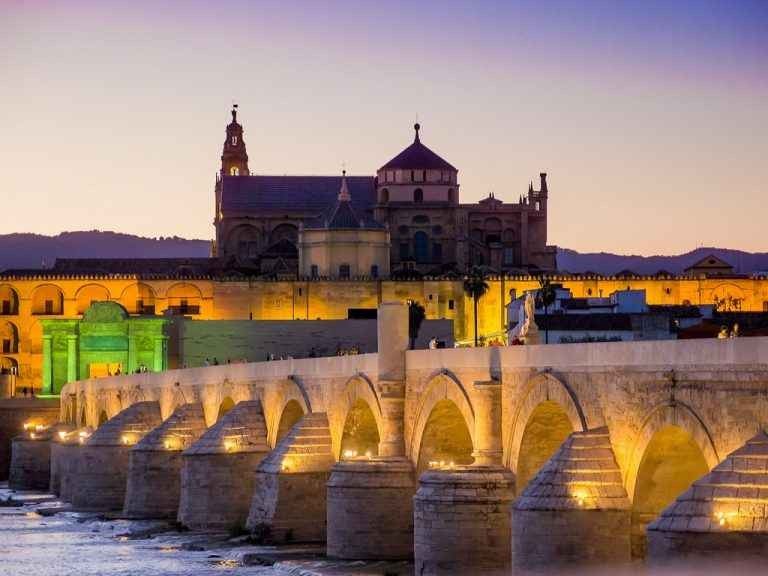 One of the most important tourist attractions in Cordoba is a barbarian fortress, established during the succession of the Almohad in the thirteenth century where it was guarding the southern entrance to the Roman Bridge. A number of amendments were made during the fourteenth century, during the rule of Henry II. He was exiled to Henry’s brother before he was imprisoned, and after that he became a school for girls in the year 1800. You can enjoy the Tower Museum, which reflects an aspect of Andalusian life in the city, with three-dimensional displays of life in that era, focusing on how Muslims, Christians and Jews coexisted in the city. 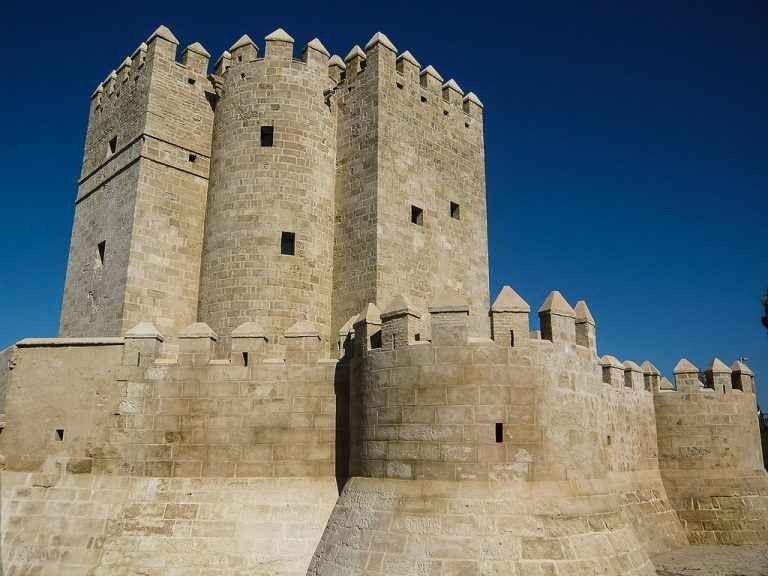 One of the best places of tourism in Cordoba, it is considered one of the most prominent and beautiful projects in the world founded by Abdul Rahman II, and was the capital of the caliphate at the time. It took twenty-five years to establish and lasted sixty-five years. It was corrupted by a group of Berber Africans, but was subsequently restored to include; a mosque, gardens, offices, bathrooms, military buildings, and picturesque homes. 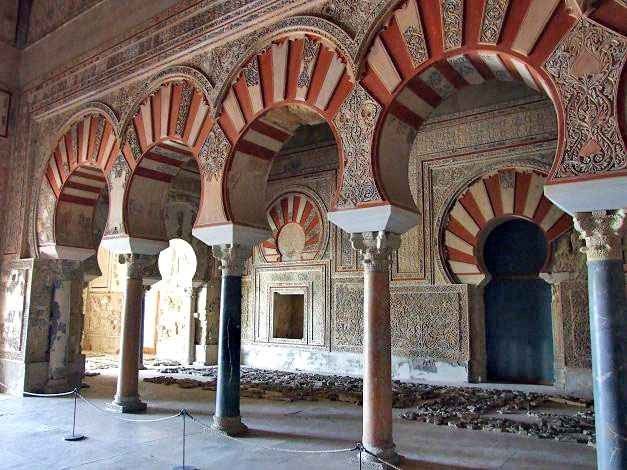 Viana Palace is another destination to visit when traveling to Cordoba. It is located in the Santa Marina neighborhood, and is a palace and a museum at the same time, with twelve outdoor plaza. Founded in the fourteenth century, and later added to it some aspects of the Renaissance. It belonged to a noble Spanish family, which it later donated to the public in the 1980s. A group of owners can enjoy art and furniture, as well as its courtyards, each with a different story. 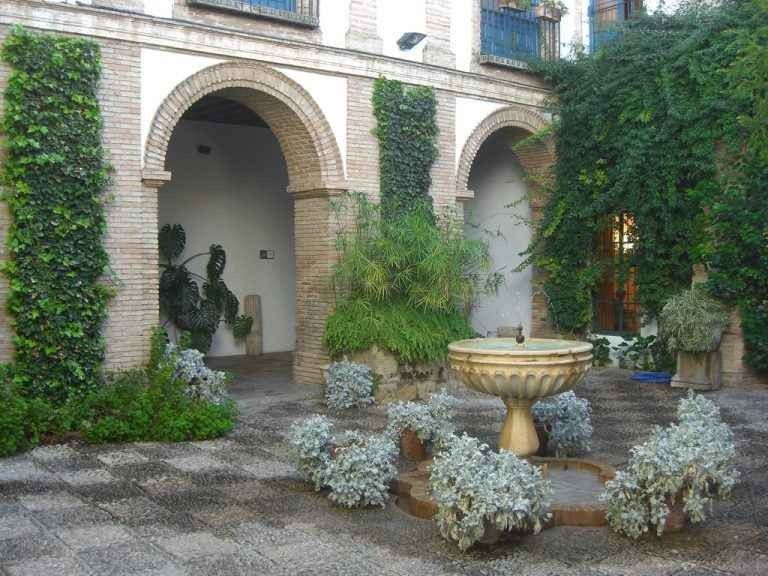 The Archaeological Museum is located within the palace belonging to a family during the Renaissance, and displays a collection of antiquities from prehistoric times until the Middle Ages, which makes it one of the most prominent tourist places in Cordoba. But the effects of the Iberbra and Roman era receive the most attention. These groups extend through eight halls and three outdoor courtyards. The Iberian lion of New Kartya is one of the most prominent monuments to see where it dates back to the fourth century BC. 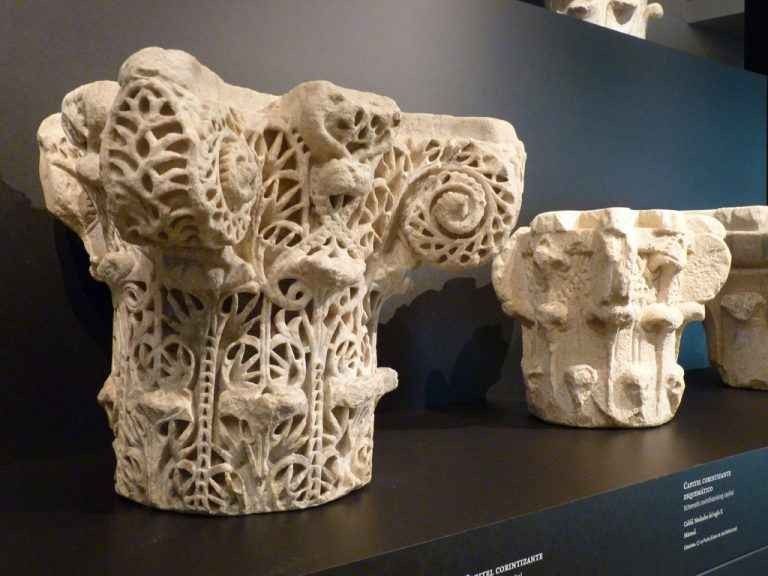 Plaza de la Corredera is a classic public square, one of the most popular tourist destinations in Cordoba. It was founded in the late 1600s by architect Antonio Ramos Valder. It is an important destination in the daily life of Cordoba residents, as tourists flock to it a lot. It was a square for street fighting in the past, but now a number of summer concerts are held, and a great destination to enjoy the atmosphere of the city and socialize with the locals. 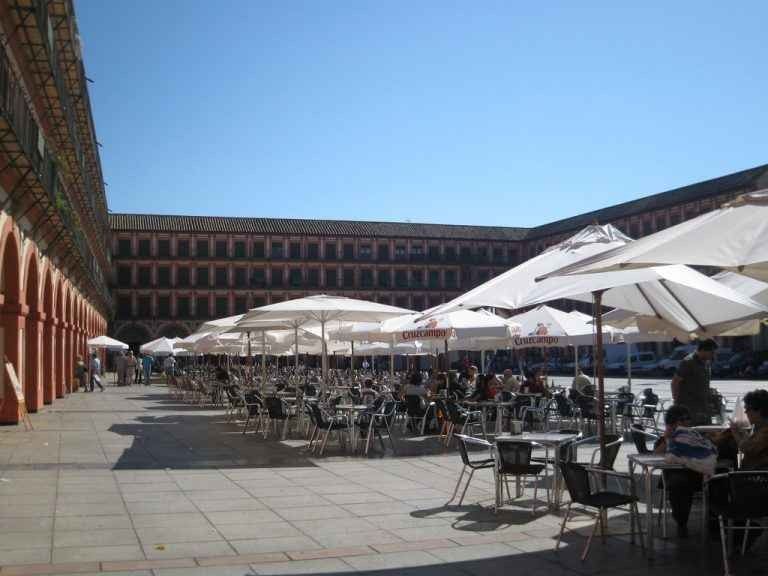 Another destination for tourism in Cordoba, especially for children and young adults. Aquasera is the only water park in the city, due to its distance from the Mediterranean coast where; locals and tourists also need to cool themselves when the temperature rises to forty degrees Celsius in summer. It opens its doors from September to June, and includes an industrial beach, a huge swimming pool and eight water slides. There is a special area for important visitors, which adults and adults head away from the crowds, and young ones. 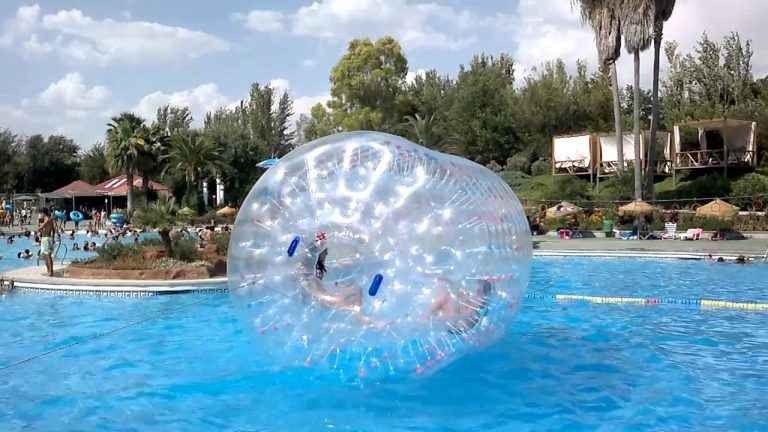 You cannot leave the city without going to the bathroom, one of Cordoba’s tourist attractions that attracts the attention of many tourists. A few minutes away from the Grand Mosque, it is not original or ancient, but it was newly established.
But it gives you the true and traditional experience of the baths that were established during the period of the Caliphate, and which were all removed because of its bad reputation. After completing your long and exhausting tourist tour around the city. You can head to this bathroom to relax, and enjoy this pleasant and relaxing atmosphere. 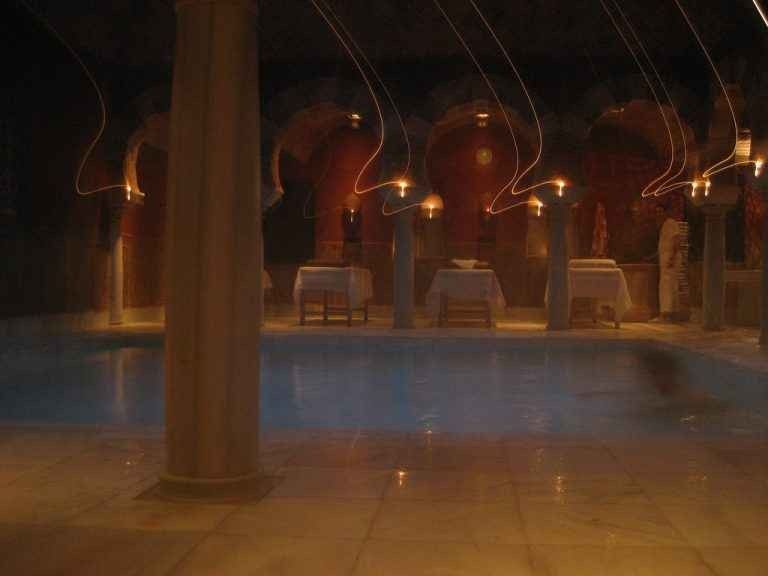 Tourism in Heidelberg .. and the 10 best tourist places