Tourism in Costa Rica .. the tourist guide for the most beautiful country in South America, Costa Rica, the “rich coast” ..

Tourism in Costa Rica .. Visiting the natural places is one of the most relaxing means of self-relaxation, so tourists go to Costa Rica to enjoy watching the beaches, mountains and charming forests. 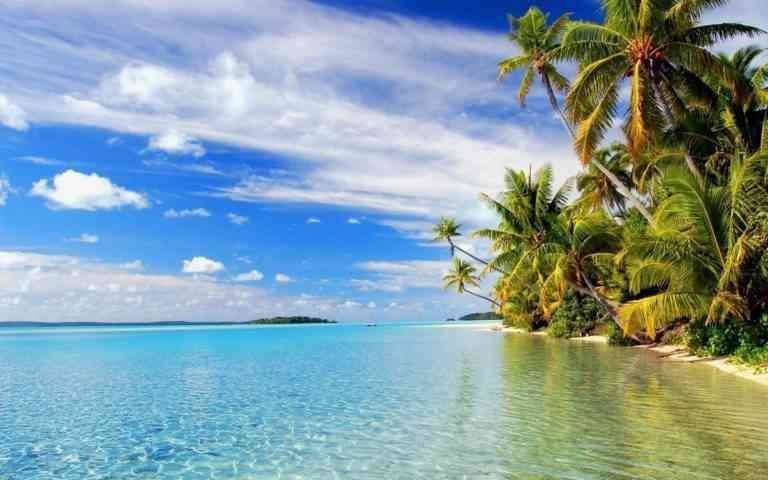 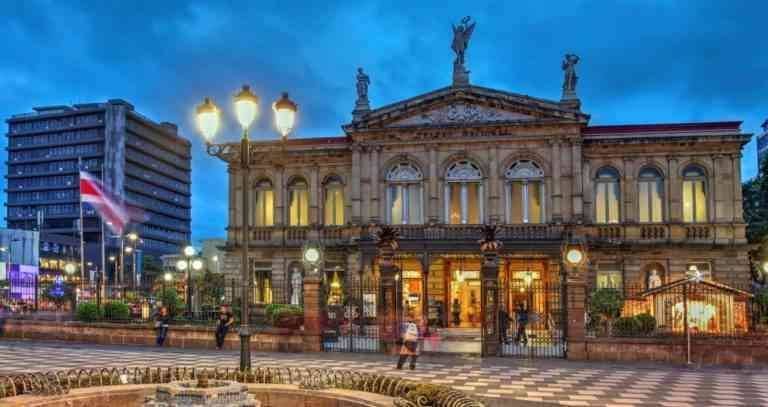 Tourist places in Costa Rica .. “San Jose” .. Traveling to Costa Rica is especially enjoyable when visiting the capital, San Jose, as it is one of the most beautiful cities in Costa Rica and tourists go to it in large numbers to see its museums that include a number of valuable monuments such as the Gold Museum, which dates back to a year 700 m and also the National Museum Costa Rica Museum was in the past a wonderful castle. When you visit it you will see a large garden of beautiful colorful brushes in addition to a stone exhibition. The museum shows the effects of the period of the Spanish occupation of the country and also during the ages that preceded “Christopher Columbus” You can also buy souvenirs from stores Existing in it and when you visit the city you will see the most beautiful coffee gardens, which is the most productive plant in Costa Rica. You must take pictures of these beautiful fields and do not miss to buy your needs and gifts from the popular markets spread in them. You must try Costa Rican food in the restaurants of the capital. Read also: Tourism in El Salvador .. Central America

The most beautiful tourist places in Costa Rica .. “CoCos Island” .. 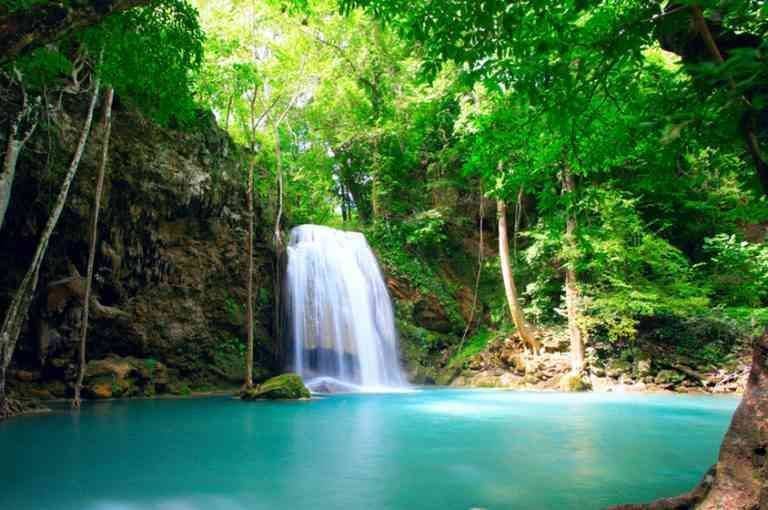 The most beautiful tourist places in Costa Rica .. “Islands CoCos” is considered one of the most important tourist destinations in Costa Rica, so that UNESCO has included it to the world heritage sites, where the island is distinguished by its presence in the Pacific Ocean, as it contains about 400 waterfalls alongside the coast that overlooks The ocean, these bodies of water, in addition to its charming landscape, it includes a group of wonderful marine creatures, such as fish, which number 27 species, such as tuna, creole, bat fish, dolphins, octopuses, sea turtles and coral reefs, so we advise you to try diving on this beautiful island as it is a candidate among the wonders of the world.

“Corcovado Park” .. the best places of tourism in Costa Rica .. 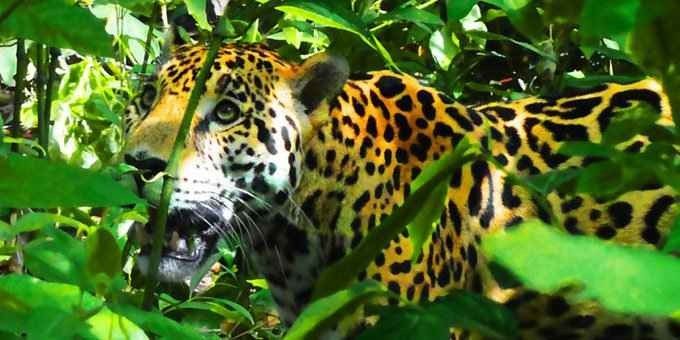 “Corcovado Park” .. the best tourist places in Costa Rica .. When you visit Costa Rica we advise you to visit Corcovad Park to see more than 350 species of birds and 116 types of reptiles and a large number of tropical animals such as tigers and monkeys besides this beautiful wildlife there is a river you will enjoy seeing and sitting On the beautiful sandy coast, the park also provides places to stay for tourists and we assure you that you will enjoy seeing it. 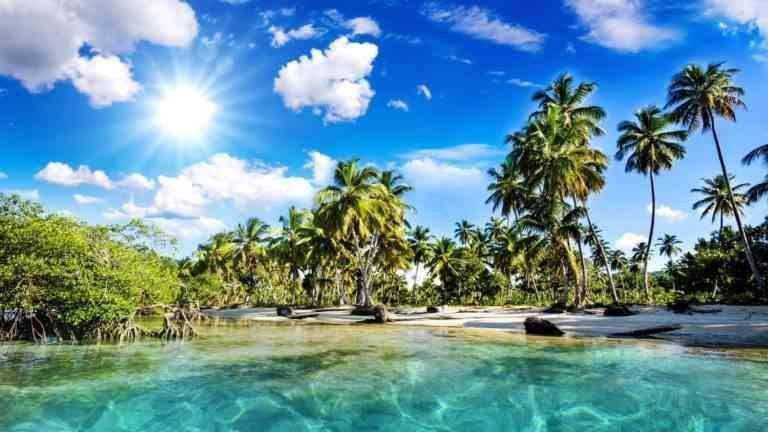 “Beaches in Costa Rica” .. Best beaches in Costa Rica .. Costa Rica is distinguished by being a coastal country so it has many beaches, some of which belong to the Pacific Ocean, including what belongs to the Caribbean Sea, and one of the most famous of these beaches is “Manuel Antonio” beach. Dear visitor, to visit the most beautiful water games, diving and swimming, and to visit the nearby park to spend the best times in it, do not miss my dear tourist, riding horses and going on a tour to the vanilla farms near the beach for a delicious meal in one of the restaurants there and you will enjoy a view of the beach while eating For food and the beach, “Kaweeta” is characterized by its view of the Caribbean Sea with its clear blue water. They are also full of plants, the most famous of which are banana trees. You should try to dig into the garden of Kawita, where beautiful coral reefs and fish also inhabit this region. 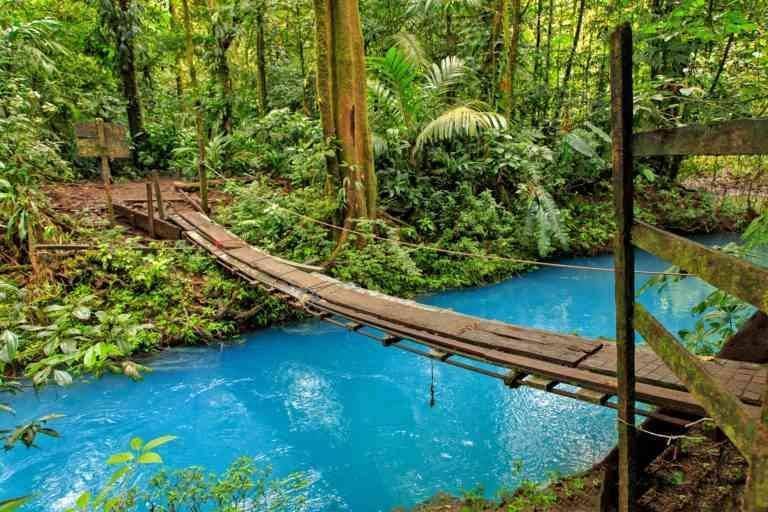 “River Rio Celeste” .. One of the most beautiful natural places in Costa Rica, where the river is characterized by a bright blue color and it is surprising that scientists did not reach the reason behind this wonderful color easily but rather assumed that the river contains copper or sulfur or because of its proximity to a volcano in Tenorio region, but the fact that this color is produced as a result of a physical phenomenon, which means that the river contains white minerals, and when the rays of the sun meet the river, the water turns to this wonderful color, so you cannot miss seeing this attractive landscape. 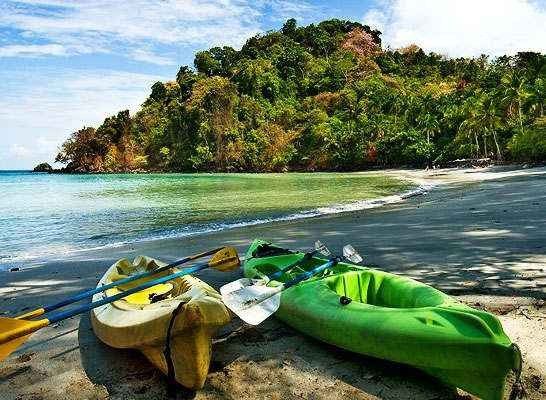 Tourist places in Costa Rica .. “Manuel Antonio” .. It is located in the center of the capital and is characterized by its views of the Pacific Ocean and despite its small size there are many tourist attractions such as rainforests, white sand beaches, clean water and animals that number up to 110 species And the diverse birds, which also number 185 species, also provide tourists with a number of hotels, restaurants and various services for added comfort. 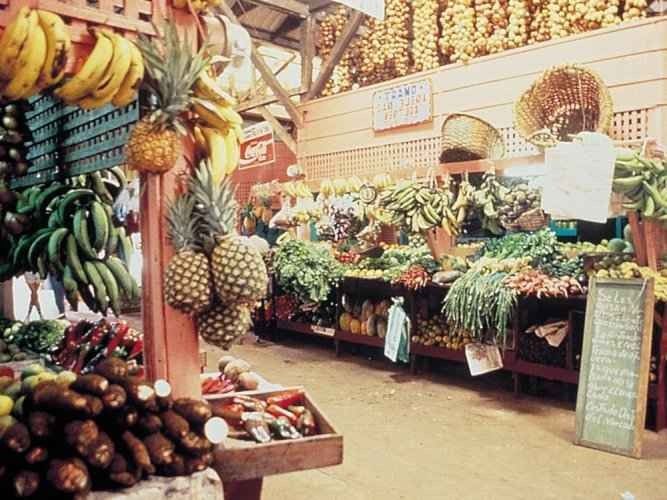 “San Jose Central Market” .. When you visit to Costa Rica you will need to buy your needs and to buy souvenirs, we advise you to visit this market, especially if you are a fan of handicrafts and traditional crafts such as clothes and textiles as well as sculptures of wood and stones, in this region there are the most skilled artists as well You can buy souvenirs from this beautiful craft and if you feel hungry, dear tourist, you can have a Costa Rican meal from the restaurants in the region and have a cold drink in the café.

“Santa Rosa National Park” is considered one of the oldest parks in Costa Rica and it is definitely a tourist destination worth visiting as it includes tropical forests of the largest forests in Central America in addition to preserving a number of wild and marine animals, especially vulnerable to extinction, such as a specific type of sea turtle .

“Green Mountain” .. the most important tourist attractions in Costa Rica .. 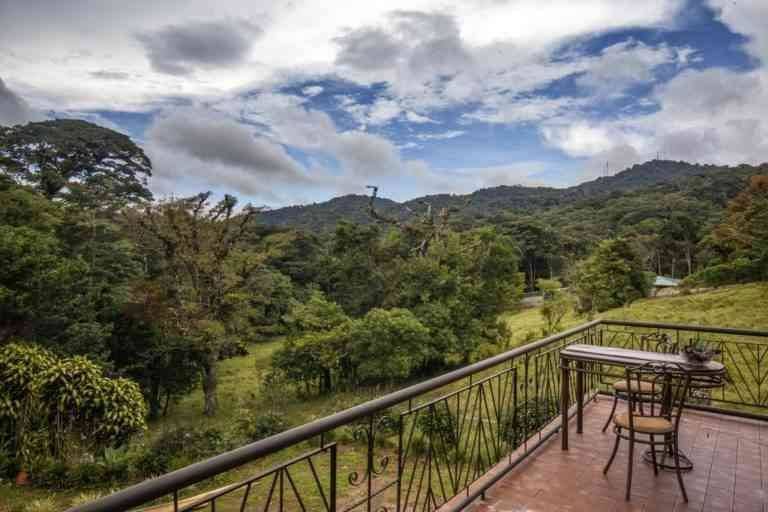 “Green Mountain” .. The most important tourist attractions in Costa Rica .. One of the important tourist attractions in Costa Rica is characterized by its height that reaches 4660 meters from the sea surface and the rain falls heavily in it, which helps in the growth of plants, including rare ones besides the wonderful orchid plant. It has a large number of birds up to 400 species and animals about 100 species in addition to the vast green areas and this is clear from its name and you have to try mountain climbing for more enjoyment and excitement as there are places dedicated to the comfort of visitors so you should visit it because it is a wonderful natural landmark. 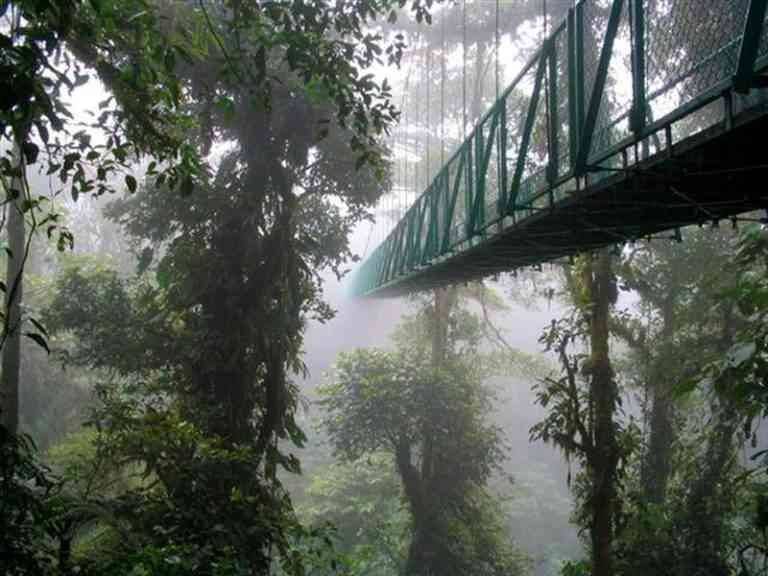 “Monteverde Cloud Forest.” Dear tourist, when you visit Costa Rica, a visit to the Monteverde Reserve must be one of your priorities. The green mountains that grow in it are covered with tropical plants.

Arenal volcano is the best tourist attraction in Costa Rica.

Tourist places in Costa Rica .. “Tamarindo town” .. located in the western part overlooking the island of Nikoya and nature and adventure lovers go to it because it is one of the most popular tourist destinations in Costa Rica because there are many natural places such as gardens and beaches. 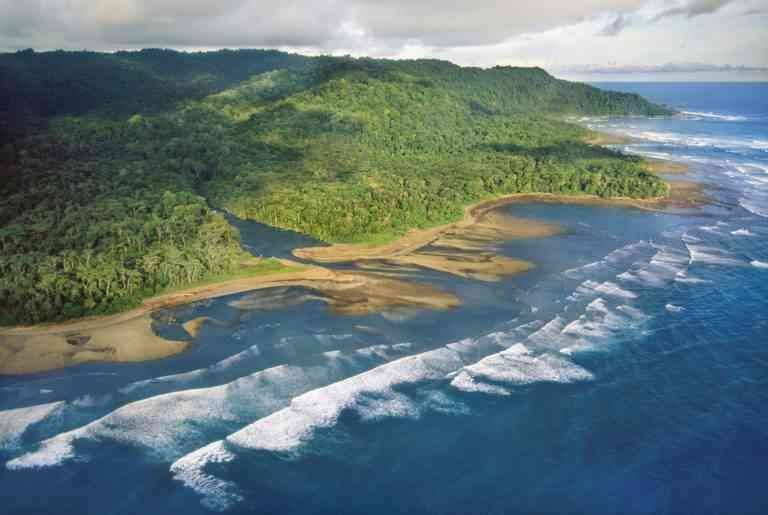 Tourist places in Costa Rica .. “Peninsula osa peninsula costa rica” .. One of the most beautiful tourist places in Costa Rica, so tourist companies organize trips to explore them, as they include different types of neighborhoods and forests. And fishing and diving to see the marine lane rich in various creatures in addition to renting a small boat to practice the hobby of rowing and watching the moments of sunset in the middle of the water, it is a wonderful artistic portrait of the memorial must be taken ..

Tourism in Chile .. Learn about the tourist places that Chile has ..

Tourism in the Dominican … one of the most beautiful tourist destinations in South America ..