What are the most beautiful places in Dubai

The best two activities in the cave of Trabzon Turkey

Where is Tunisia located and the distances between the most important tourism cities in Tunisia?

What is Tunisia famous for?

Where is Mrs. Zeinab’s grave?

What is Costa Rica famous for?

Explore one of the most important tourist destinations that attract visitors and tourists from various countries of the world, which is the state of Cuba, that charming island located in the Caribbean, and Cuba has a varied tourism between historical monuments, tourist attractions, and a unique set of picturesque beaches.

If you want to enjoy tourism in Cuba, you will definitely need information about this wonderful country. We have gathered the most important questions and their answers to get the most benefit before you travel. What is the currency of Cuba? Is the Cuban peso, and what about the Cuban language? Spanish is the capital of Cuba, and it is the wonderful Havana, which is one of the most important tourist cities in Cuba.

The best seasons of tourism in Cuba

The best months of tourism in the country of Cuba from mid-November to April is known as the dry season, which has cool breezes, and picturesque nature, so we recommend visiting Cuba during this period, so that tourists can enjoy the treasures of tourism in Cuba.

As for the rainy season, it is between May and June, and the climate of Cuba becomes hotter and wetter. As for the period from July to early November, these are hurricane seasons. We do not recommend traveling in these months.

Read:The most beautiful places of tourism in Greece 2022

How long you can stay in Cuba

You can stay in Cuba for the purpose of tourism by obtaining a 30-day visa.

Havana is the capital of Cuba and one of its most beautiful cities, and the largest city in the Caribbean, which includes many tourist places in Cuba, and possesses Spanish architecture in its original form, which dates back to the 16th century AD, in addition to the beaches that are characterized by its stunning views, giving its visitors a lot of fun and enjoyment .

There are many aspects of tourism in Havana, from shopping at cheap bazaars, and touring to see the famous tourist attractions, among which is the ancient city of “Baroque” whose buildings reflect the vibrant architectural mix, the fortress, and the national capitol building, which is one of the most important monuments that were established in the twenties of the last century It also includes various museums that bear much of the history of the wonderful Republic of Cuba.

The proposed duration to visit tourist places in Cuba in Havana is 4 days. 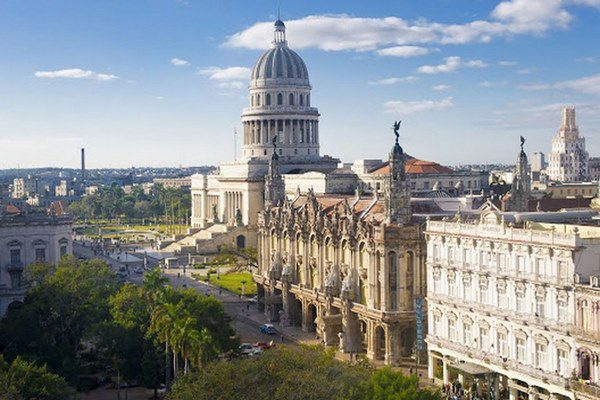 It is the second most beautiful and richest tourist city on the island of Cuba after the city of Havana, and the most important Cuban ports, which made it an important economic destination in the country, which is considered a natural open-air museum, and Santiago enjoys a picturesque nature and amazing views that will take you on a tour through history between its features Tourist and its buildings erected in a mixture of Gothic style with Spanish.

Santiago includes wonderful beaches surrounded by towering mountains that are covered with green color, which provides an artistic painting of the picturesque nature, and many of the most important tourist places in Cuba, archaeological museums, historical attractions, and others, allowing the tourist to do a lot of activities and get the maximum enjoyment.

The proposed duration to visit tourist destinations in Cuba in Santiago is 4 days. 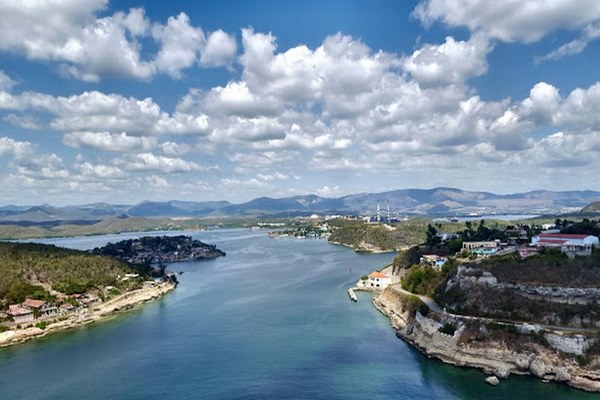 Tourism on the island of Kayukoku

Among the most famous tourist islands of Cuba, and the most charming and magnificent among the Caribbean islands, which possesses a distinctive recreational tourism. Kayukoco includes beaches with fine white sand and clear turquoise waters, which made it an open resort and a primary destination for attracting visitors from all the regions to enjoy its bright sun and distinct weather, as well as It is home to ostrich birds and wildlife.

In addition to this mysterious group of Kayokoku caves that are worth discovering, there are also many types of shopping for all levels, from handicrafts in Latin Africa, which are part of the island’s legacies, to diving and skiing tools, and the latest fashion with the largest international names.

The proposed time to visit tourist destinations in Cuba on the island of Kayukoku is two days. 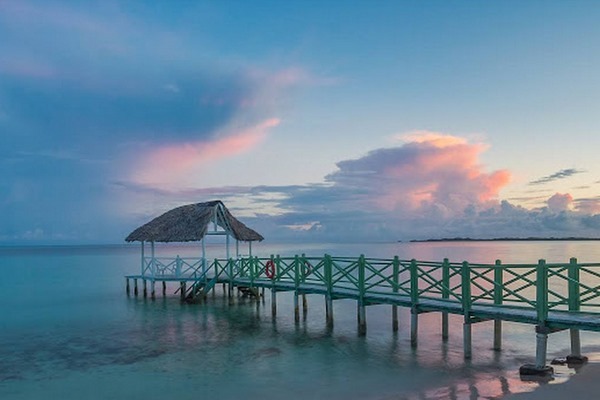 Tourism in the city of Varadero

Varadero is the most beautiful among the cities of the State of Cuba, and one of the largest beach resorts in the Caribbean region, as well as being the most popular among the tourist destinations in Cuba, that charming city overlooking 20 km from the coast of the Atlantic Ocean, giving it unparalleled views.

Varadero is also a nature reserve consisting of multiple paths in the charming mangrove forests, vast ancient caves, and one of the most important places for divers who like diving, water rides and other fun water sports, in addition to many parks, museums with ancient historical value, archaeological palaces, in addition to On the markets, restaurants and multiple stores.

The proposed duration of visit to tourist destinations in Cuba in Varadero is 4 days. 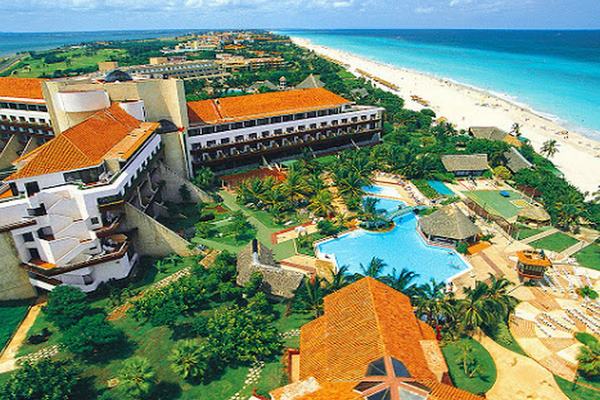 Tourism in the city of Trinidad

Among the most magnificent cities in the charming Cuba, which fall under the list of UNESCO World Heritage sites, where this distinctive city retains the atmosphere of the 18th century, with the winding streets, cobbled streets, plazas, magnificent architectural treasures, in addition to the colorful palaces, historical churches, and wonderful views of Mountains and picturesque beaches.

Trinidad also includes several museums including the Museum of Local History, the Museum of Colonial Architecture, the ancient Mayor Square, the church and monastery of San Francisco, the magnificent Ancon Beach, and many other unique tourist attractions in Trinidad.

The proposed period of visit to tourist destinations in Cuba in Trinidad is two days. 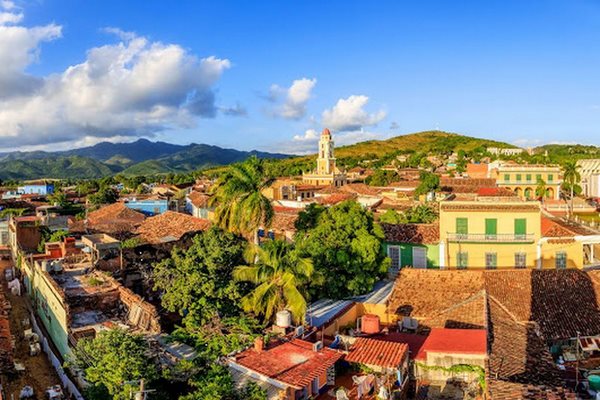 Tourism in the city of Cienfuegos

A Spanish city with a French flavor, as Cienfuegos was founded by the French and is called the Dora of the South. It is one of the most important tourist destinations among the cities of Cuba for fans of unique architecture dating back to the Middle Ages.

This city has the most important tourist attractions in Cuba, such as the historical center, the Punta Gorda Bay, the History Museum, as well as the Jago Castle, charming nature beach resorts, Dolphin Park, diving and water sports places, the Martin Cave and the stunning waterfalls.

The proposed time to visit the tourist spots in Cuba in the city of Cienfuegos is two days. 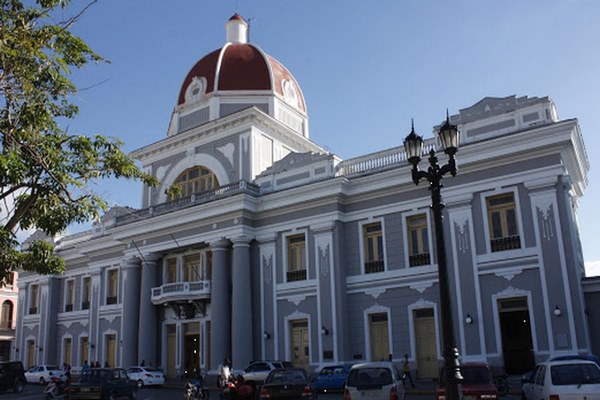 Tourism on the island of Cayo Santa Maria

One of the best islands of Cuba, this small island located off the northern coast, where it is famous for its beaches and water sports, the most famous of which is the beach of Playa Las Gaviotas, which is surrounded by greenery in the Cayo Santa Maria Reserve.

There is also a distinctive handicraft market, a variety of restaurants, and the Dolphinarium Aquarium complex includes shops and offers dolphin shows.

The proposed duration of visit to tourist destinations in Cuba on the island of Caia Santa Maria is two days. 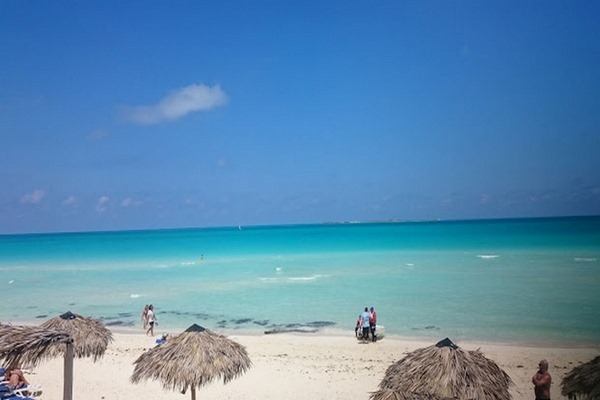 The best of Cuba hotels

Cuba has a distinguished list of various hotels in its classifications to suit different budgets, which provides a privileged location near the famous landmarks of Cuba, and also guarantees to its guests the luxury through elegant rooms fully equipped, with the best services, and below we will show the best of Cuba .. Read more 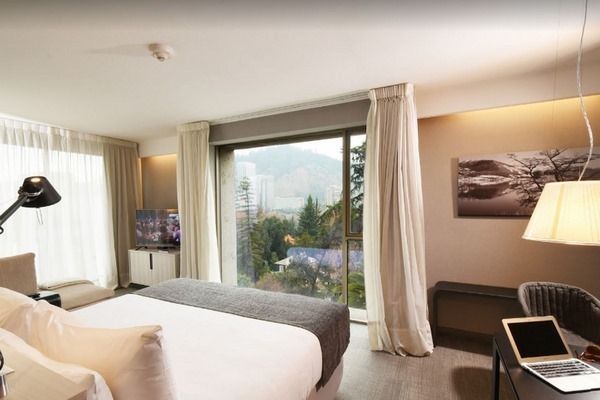 How many countries in the world

The 5 best hotel apartments in Jeddah by the sea, 2022

Report on the chain of Aloft Dubai Hotel

Where is Bosnia located and how to travel to Bosnia

Where to go in Greece