Tourism in Cuba..Cuba includes a distinguished group of tourist places that make it a major front for tourists, and Arab travelers give you your guide to reach these places.

Learn about the most important tourist places in Cuba.

– Cayo Coco island .. one of the most prominent tourist places in Cuba … This island occupies a great place in the hearts of tourists and witnesses a large turnout and great crowds thanks to the entertainment activities that attract the admiration of tourists, there you can take a diving adventure and discover the beauty of coral reefs as well The island allows you to see the scenic landscape in the shadow of an attractive romantic atmosphere suitable for lovers of calm and relaxation. The island occupies a beautiful and distinctive location in the northern coast of Cuba, and its tourism importance is not limited to being a beautiful island only, but it is considered one of the most important natural reserves in Cuba, as it consists of 11 forests Coastal beside Accounts Mangroves and there you can enjoy watching the most beautiful coral reefs .otattabr the island one of the most protected areas characterized by charming landscapes beside the presence of a number of distinctive parks, most notably: Park St. Maria, and is home to wildlife and works to protect wild animals from the risk of extinction. In addition to its tourism importance, we find that it has a great historical and archaeological position thanks to its large number of archaeological sites and up to 35 sites varying between caves and distinctive archaeological sites, as the island includes a large number of archaeological paintings that express rural art in Cuba, and the island succeeded in Attracting thousands of tourists to it thanks to it being one of the most important and famous places equipped for diving. Read also: Tourism in Havana Cuba

– The city of “Havana” .. one of the most beautiful tourist places in Cuba .. 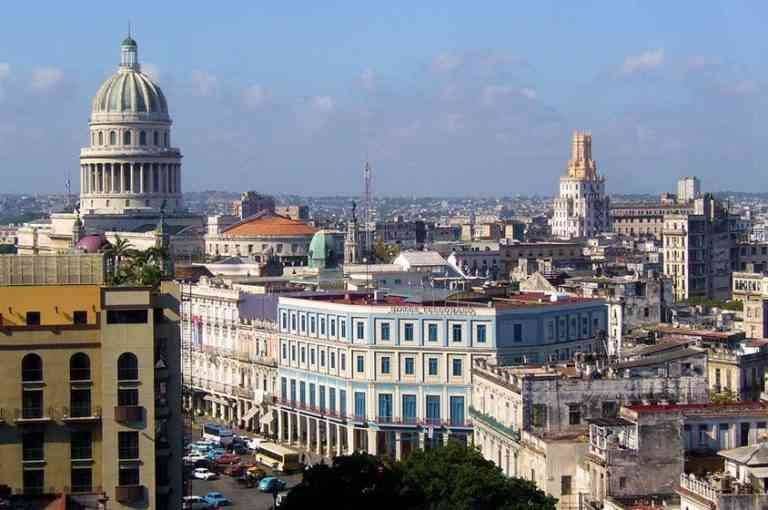 – The city of “Havana” .. one of the most beautiful tourist places in Cuba..and occupies a great importance in Cuba thanks to its great cultural position as it is a true embodiment of the culture of the country and clarifies the nature of life, customs and traditions of the population, and this city is characterized by many beautiful archaeological buildings that were designed according For a high-level architectural style, and emphasizes that it is a piece of Europe as it is famous for including more distinctive American cars and has wide squares and beautiful streets.

Don’t miss the Dinosaur Park when traveling to Cuba. 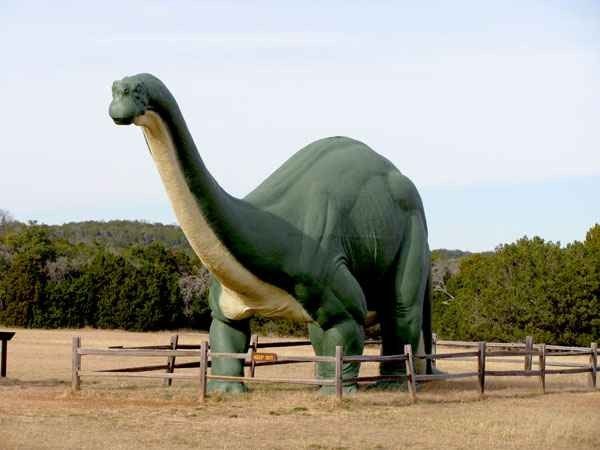 – Do not miss to visit the park of “dinosaurs” .. when traveling to Cuba..and the dinosaurs park is very important in the hearts of tourists, especially families, it is an ideal place for children to promenade and a major destination for tourists when traveling to Cuba, thanks to the stone dinosaurs that are carved distinctively and make you feel As if they were real dinosaurs, the park is located in a very lively place near the city of “Santiago de Cuba”, and it includes many rare species of animals and wild creatures and protects them from the danger of extinction. The garden has the inclusion of different types of animals, including: spiders and bats, which are found in caves and tropical forests To be included in the garden, and the park is distinguished for its many scenic landscapes besides organizing many entertaining shows and activities for children and adults. Dinosaurs also includes a group of distinctive tropical plants along with many attractive attractions that make it one of the most popular parks in Cuba thanks to what It includes distinctive stone dinosaurs alongside stunning nature and rare wild creatures. 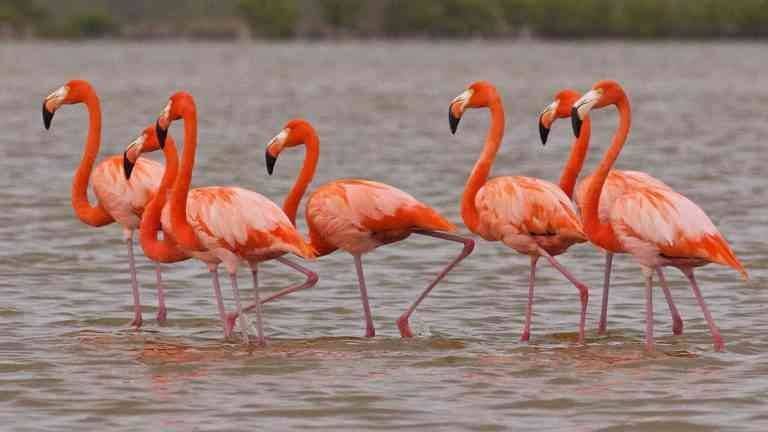 – The National Park “Zapata” .. The park is a main destination for tourists when traveling to Cuba, and it has a large area and charming natural scenery and includes a large number of rare beautiful animals and plants and the park works to save them from the danger of extinction, and the park occupies a vital and distinctive site in the east of the city of Cuba. The park is a major habitat for different types of birds and their number reaches more than 75 different types of the most beautiful birds in the region. It also includes plants, wild animals, reptiles and more crocodiles.

Learn about the most important cities and tourist places in Cuba. 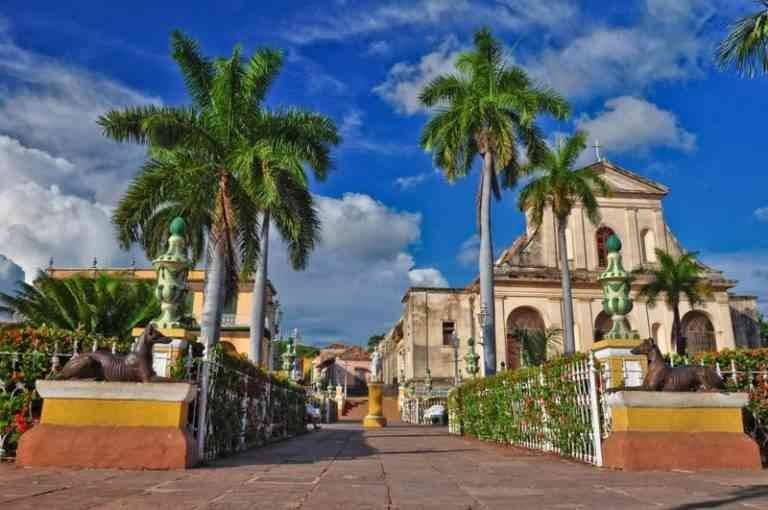 – Learn about .. the most important cities and tourist places in Cuba..Cuba includes a large group of tourist cities that succeed in attracting thousands of tourists to it, including: “Cienfuegos”, which is one of the most famous tourist cities in Cuba thanks to it being an integrated entertainment complex and works to provide An atmosphere of luxury, fun and recreation for tourists as it is home to interesting artistic and cultural performances, beside its presence in a distinctive and lively location west of the city of Cuba. The city occupies a great historical place and includes many sites and distinctive tourist attractions and is called the “pearl” of Cuba and it deserves the title and merit thanks to what it contains Of leisure activities wth Rhyme and wide streets and paved for hiking, which is a great pleasure in itself, there you find stunning views of the buildings that were built according to a high-level architectural style. In the same case you find it in the city of “Vinales”, it is one of the most beautiful tourist places in Cuba, and is a major source of tobacco trade It is famous for organic agriculture and occupies great economic importance in Cuba.

To you … the best places for tourism in Cuba .. 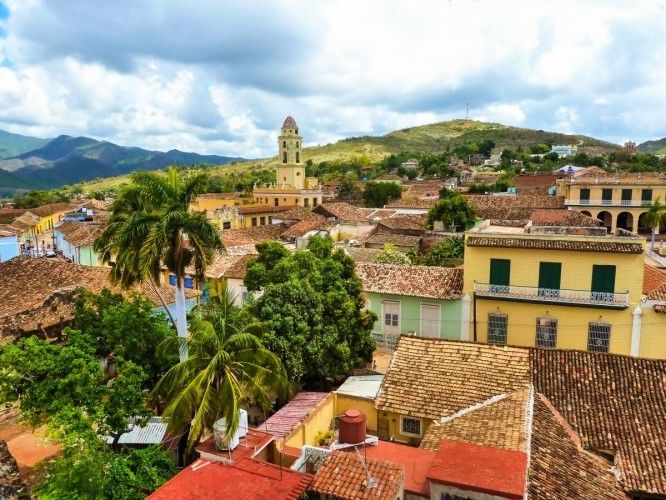 – To you..the best places of tourism in Cuba..Cuba includes a large number of distinctive tourist places that succeed in attracting millions of tourists to it, as Cuba receives about 2 million tourists annually, and depends on tourism as a main source of income, and Cuba includes a large number of beaches distinguished by its sand Soft white, which appears as a wonderful artistic painting when the sun rays falling on it. It also includes a group of archaeological sites and parks, which are considered one of the most beautiful tourist places in Cuba, there are about 7 archaeological sites in Cuba, which express the history, customs and traditions of the population and the culture of the city, and have Cuba includes a large number of protected Natural of up to seven reserves next 13 Reserve allocated to Heoanat.otdm Cuba, the largest and most beautiful islands of the Caribbean Sea and characterized by the beauty of the beaches of white sand and clear water and pure coral reefs and all beaches are eligible to practice a hobby diving to enjoy the beauty of the world is under the sea.

Learn about Varadero … one of the best places of tourism in Cuba. 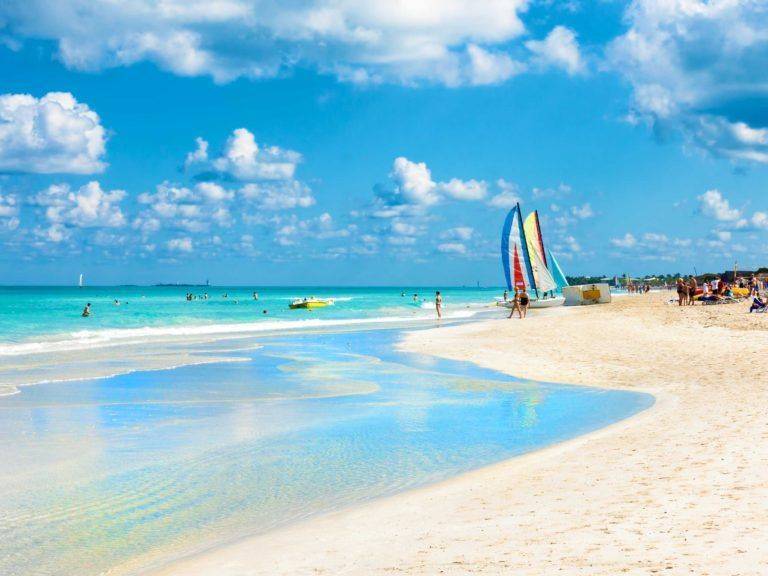 – Learn about “Varadero” .. one of the best places of tourism in Cuba..and it is characterized by being one of the most beautiful cities included in Cuba, and it is very popular and popular by tourists thanks to being a very distinctive beach front and is decorated with stunning natural landscapes, white sand and beautiful blue water And occupies a vital location as it stretches a long distance on the island of de Hecakos, and the city has dozens of distinctive hotels that attract the admiration of tourists, all of which are equipped with all facilities and services that achieve luxury and relaxation for guests. The city includes a large number of tourist attractions, gardens and parks, which are considered The best tourist places in Cuba are witnessing a large number of tourists, as the city of “Trinidad” has the same tourist importance and is characterized by its distinctive buildings that were established according to a high architectural style, and all the streets were paved with stones and distinctive stones of cheerful colors. The city witnesses a great crowd by tourists thanks to what It includes attractive tourist attractions, including: the beautiful “Plaza Mayor” square, which is a central square for the city, and tourists are keen to make their best tours in this square. The city includes one of the most famous churches in Cuba, namely: the classical church, which is one of the most beautiful places of tourism in Cuba, as Be yourself Saint Francis is next to the Museum of Colonial Architecture and a distinguished art gallery.

– The National Park .. “Park Nacional” .. one of the most important places of tourism in Cuba ..

It occupies a privileged location in the city of “Val de Vinales” and is considered one of the international parks according to the UNESCO classification and it is characterized by beautiful green spaces and valleys and stunning views beside the limestone hills, the garden is famous for cultivating fruits and vegetables as it is an ideal place for horse riding and taking the most beautiful tour on foot. The park is in one of the most important tourist attractions in Cuba, as the city of “Val de Vinales” is one of the most important historical cities in Cuba, which is characterized by beautiful architecture and which has succeeded in attracting thousands of tourists to it to enjoy seeing the attractive tourist attractions and comes p Z head: beaches and beautiful waterfalls next to the hills taken by her home to birds, which also includes a large number of distinctive and rare plants.

Tourism in Havana .. where the originality and heritage of the Cuban capital ..