A simple overview of the Republic of Cyprus

The disk is considered one of the smallest republics in the world after it gained its independence and became an independent country in itself, and the state of Cyprus is only an island in the eastern Mediterranean, specifically in the region of southeastern Europe and northwestern Asia. As for the origin of the name, we find that it dates back to its reputation since ancient times by extracting Copper metal, which is called in English as “Copper”, and Cyprus is the third island in the Mediterranean Sea in terms of area and population, after both the Italian islands of Sicily and Sardinia.

Tourism on the island of Cyprus

There is no doubt that Cyprus is a precious jewel located in the heart of the Mediterranean Sea, and is characterized by being a wonderful tourist destination and a destination for many tourists because of its endless features and attractions represented in the landscapes, beautiful beaches and other ancient Greek monuments and many historical sites, and below we shed light On the most prominent of those sites

Ayianapa and Protaras Beach Resorts
The most beautiful resorts of Cyprus 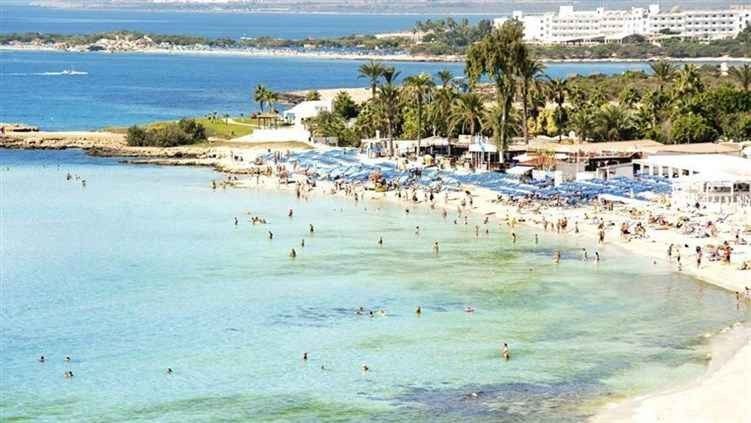 Since Cyprus is an island in the middle of the Mediterranean, it has coasts and beaches from different directions, and therefore it has very beautiful beaches that are easy for everyone to access and enjoy its beauty, and within these beaches are some tourist resorts such as Ayia Napa and Protaras, and Ayia Napa Resort is considered one of the most important and famous tourist places in existence On the island of Cyprus, which is characterized by its great tourist popularity, as it welcomes thousands of tourists in the summer, while Protaras Resort is characterized by its extreme calmness and clear pure water, and is also famous for its bright golden yellow sand. Read also: Children’s places for children in Cyprus.

Cape Greco .. the most beautiful marine caves in the world 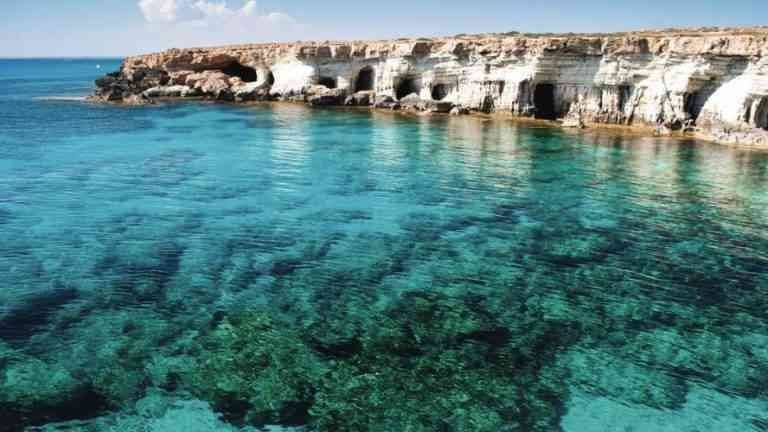 The Cape Greco region is famous for its beautiful natural scenery and its beautiful caves scattered by the sea. These beautiful caves feature crystal clear water and are a beautiful tourist attraction suitable for diving and swimming air, as well as being a destination for taking beautiful souvenir photos. Many Cypriots seek to hold their weddings there. 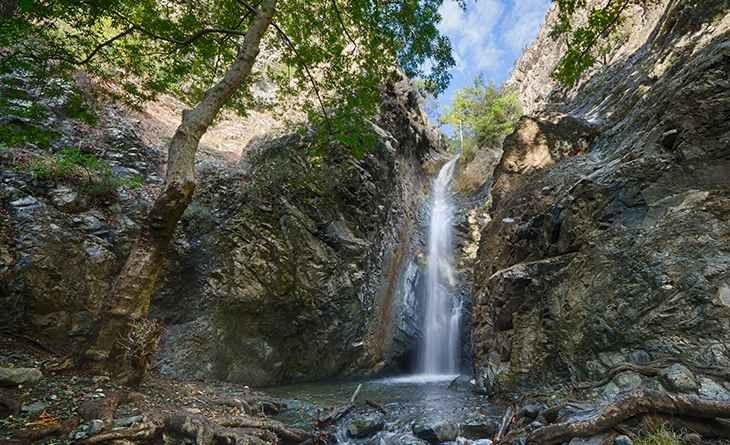 The Caledonia Falls is one of the most famous waterfalls in the world because of its tourist attraction, and it is located among the most prominent landmarks of Cyprus, where tourists come from everywhere to take photographs next to them, and these waterfalls are located specifically on the top of Troodos Mountains, and the Cypriot authorities have allowed and facilitated for citizens to move through for recreation and entertainment between Some of the sights, sounds of fresh birds and fine water, as well as a visitor can head to the resort of Mount Platres, which gives him many options for food and relaxation. Read also: Tourism in Malta ..

Nicosia .. the capital and most famous city of Cyprus 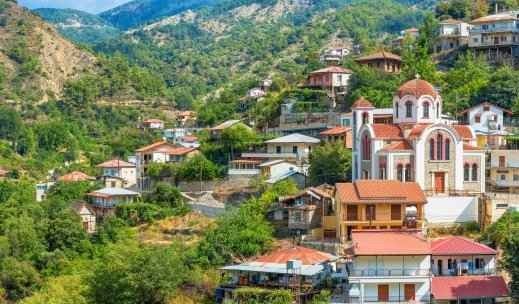 The Cypriot capital, Nicosia, is the most famous city in Cyprus that tourists are keen to visit because it is historically the last European capital, and its importance is due to being split into two parts, the northern part of the city is Turkey, and the southern part is Greek, and one of the most beautiful things that tourists are interested in enjoying is that they are walking to the buffer zone that Approved by the United Nations, and that area called the “Green Line”, which is the line that runs through the city and splits the island in two. 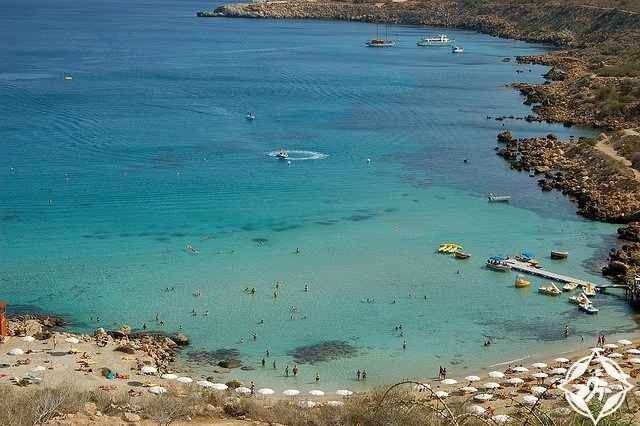 When we talk about the beaches of Cyprus, it is not possible in any way to overlook the talk about the beach of Konos Bay; it is one of the most beautiful and most wonderful beaches of the country, and tourists from various countries of the world often place it on top of their interests when they visit Cyprus, and this beach is known for its great crowding and despite that It remains the most beautiful beach of Cyprus because of its beautiful natural scenery, wonderful blue water, clear sky and fresh air.

Aphrodite’s rock is the most famous rock in the world, or among the list of famous rocks around the world; we rarely find a tourist going to Cyprus without visiting and taking pictures of a photograph next to it, and that rock is located near the western coast of the island near Paphos city, and the area surrounding the rock is one of the most important sites for swimming, In addition to being famous for receiving tourists from ancient times to the days of the Greeks until this time, it was common since ancient times that this place of rock is the landing place of the gods of love and beauty, according to the Greek myth. Read also: Places you must visit in Europe in winter 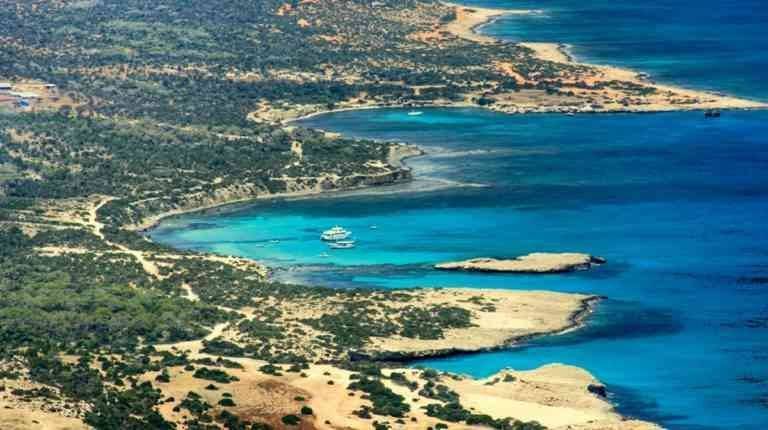 The city of Paphos is the smallest Cypriot city ever, located on the southwest coast of the island of Cyprus, which is very beautiful and visited by tourists every year to see the port of the old area, which is a distinctive and suitable site for hiking at sunset as a romantic and quiet place, as the city contains the tombs of the ancient kings adopted by UNESCO Among the World Heritage sites, as historians and men of culture consider Paphos to be the cultural capital of Cyprus, due to the huge amount of cultural heritage it contains. Paphos city is located in one of the most famous hotels in the world and it is a “heaven” hotel, and this five-star hotel Is located at the Tombs of the Kings area, has won numerous awards on the level of quality and due for its great services and treat sophisticated guests, as tourists can in Davos to familiarize themselves with the beautiful waterfalls, the Monastery of Agios Neophytos, and Paphos Archaeological Park Kato.

Akamas Park is one of the most famous natural reserves located in northwestern Cyprus, and it has rare species of unique animals and plants, and it includes one of the most beautiful beaches and scenery that you rarely find around the world.