Tourism in Djibouti .. Djibouti is famous for its charming natural scenery, as it has many lakes, plains, volcanoes and valleys that attract tourists from all over the world.

Learn the climate and the best times to visit Djibouti. 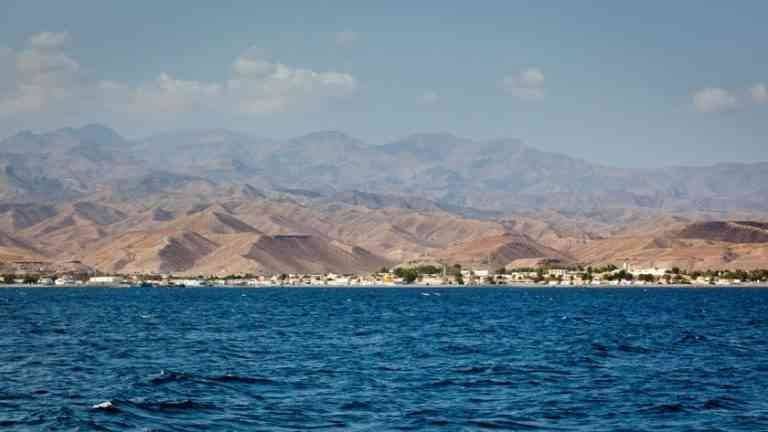 Know the climate and the best times to visit Djibouti .. Traveling to Djibouti needs you to know the weather conditions in it, so it is worth noting that the climate in Djibouti is very hot especially in summer and also high humidity most days of the year where the temperature ranges between 30 to 42 degrees Celsius and therefore we advise you dear Tourists travel in the period from October to April to avoid the summer period because in the winter period the temperatures are suitable, ranging between 22 to 30 degrees Celsius and the rains are moderate.

Learn how to get around Djibouti ..

Djibouti is a small country and in spite of that there are a lot of tourist attractions that are worth a visit and therefore it is necessary to clarify how to move in. The most important means of transportation are taxis, but there is no fixed price for them, but this is due to the driver and therefore you have to agree in advance on the fare as you can rent Bicycles are special because they are the appropriate means for small roads and when you are driving you will enjoy watching the landscape and standing whenever you want to take memorial photos and you cannot miss hiking to be able to take a closer look at the tourist attractions and in the water surfaces there are many ferries Boats, which connects you to the place you want also. Read: Tourism in Ethiopia ..

Here are the most beautiful and best tourist places in Djibouti .. Do not miss it ..

Here are the most beautiful and best tourist places in Djibouti .. You can not miss its visit .. Djibouti is not a developed country but in spite of that tourists go to it from everywhere to spend the best times in it because it has many attractive tourist places especially the natural tourist destinations and here are the most important of these places.

“Tajoura” .. the most important places of tourism in Djibouti .. 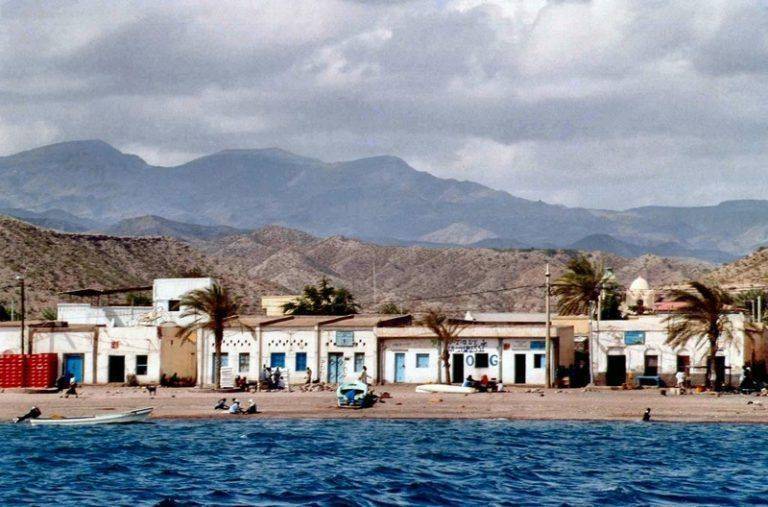 “Tajoura” .. the most important places of tourism in Djibouti .. it is one of the oldest coastal cities in the continent of Africa, where it dates back to the twelfth century and was in the past one of the main ports in the region for trade between Djibouti and Ethiopia and it is also called the white city due to the presence of many white buildings With it, we advise you when visiting to wander around to see the wonderful mountains, and it is called Joda, it is fertile mountains, green spaces are spread out and it is characterized by its height that reaches more than 1300 meters, and if you want to spend time relaxing and renewing the activity, you should visit the Gulf of Tajoura, it is the perfect place for diving lovers in Depths with fish, including sharks, but with specialists and also to see the beautiful coral reefs, and also there is a group of beautiful mosques that restore their serenity.

It is located in the south of Djibouti, near the state of Somalia and Ethiopia, and the city is distinguished by its many magical landscapes, which are loved for surfing lovers in the salt plains, and there are various markets from which to shop and buy what you need, especially the distinctive souvenirs that express Djibouti, as well as small food stores that offer dishes Delicious Djibouti.

“Lake of Honey” .. the most beautiful places of tourism in Djibouti .. 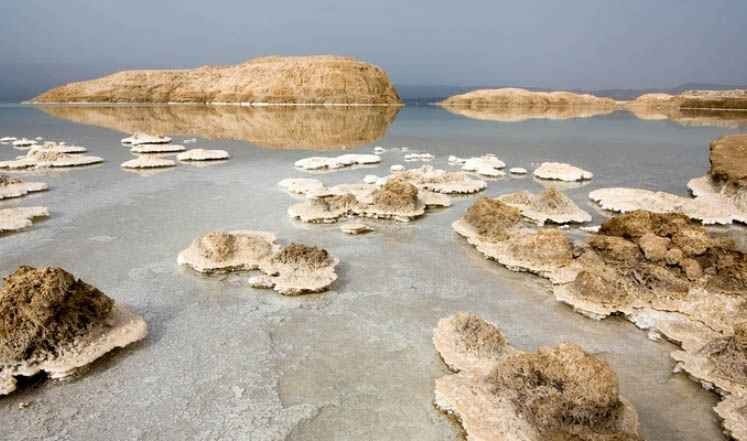 “Lake of Honey” .. The most beautiful places of tourism in Djibouti .. It is considered one of the most beautiful tourist destinations in Djibouti and tourists go to it from everywhere because it was originally formed on the crater of a volcano, characterized by a significant drop from the sea level by 155 meters so it is the second most low area on The surface of the earth is also distinguished by its beautiful scenery, and despite its name, it is very salty, as it is rich in salt and it is one of the most productive countries in the world where there are small coral islands that are basically salt and also easy to color white as a result of salt deposition in it, so high-quality salt is extracted from it and exported to countries The world also has volcanic remains and black What gives a beautiful aesthetic shape with the color of white salt and gypsum that sparkles in the sunlight. It is expected that UNESCO will include it in the list of world heritage. Among the most beautiful lakes is also “Lake Abi” which is considered one of the most beautiful lakes in Djibouti. It is located near the border with Ethiopia and is also called Abha Bahd, which is one of the six wet lakes with each other, and there are 6 lakes which are salty. 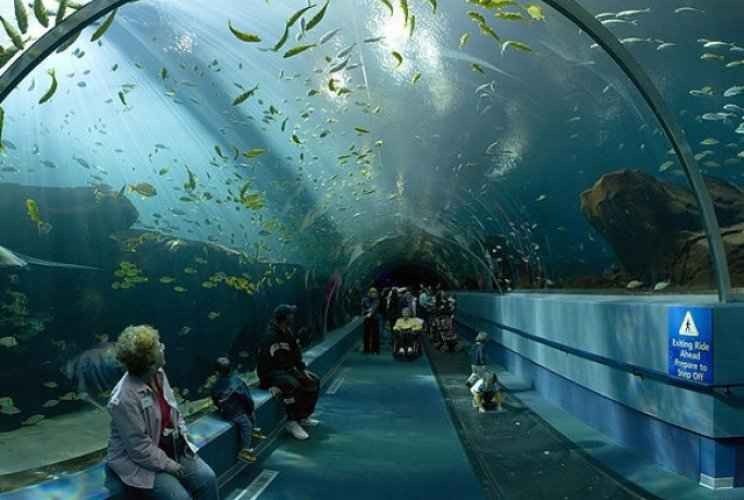 “Tropical Aquarium” .. the best places of tourism in Djibouti..it is one of the most beautiful and famous tourist destinations in Djibouti and we advise you to visit it dear tourist because this acurium inside you will feel that you descended to the depths of the Red Sea where the various marine creatures of colorful and diverse fish and wonderful coral and other Among the objects that you will be surprised to see is surely that you will enjoy taking souvenir photos with your family or friends beside these beautiful marine creatures, so only a clear glass separates you. Read also: Tourism in Ghana .. the country of “gold”

The National Forest Park is located near the Tagoura Bay in and is one of the largest forests in Djibouti and we advise you to go to it to enjoy the beautiful nature where the trees overlap everywhere and it is one of the most parks in Africa to preserve the ecosystem. 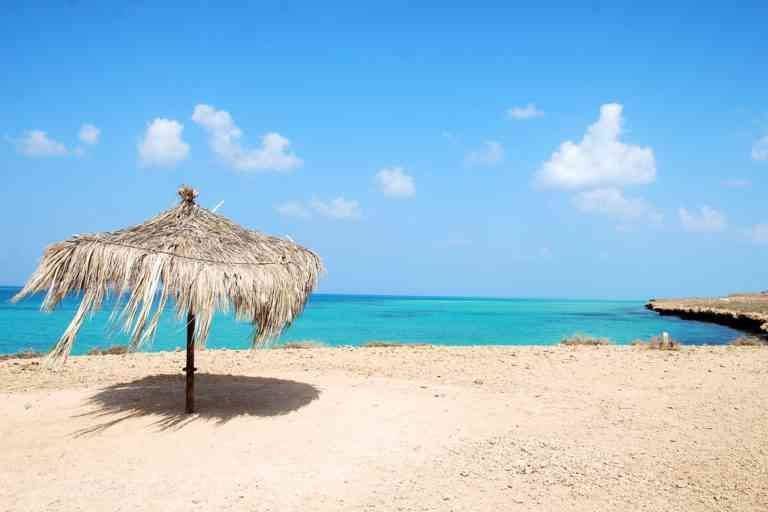 “The beaches of Djibouti” .. the best places of tourism in Djibouti .. Djibouti has many landscapes that attract tourists to nature lovers and the best tourist attractions in Djibouti beaches such as Duralali and Ambadou Creek that are near the capital Djibouti, we advise you dear tourist to visit to swim in its waters Clear blue, especially at sunset, for diving and surfing, and there are slopes in it, which are coherent lava in black color, and the beach of Tajura, which is characterized by its white beaches and by offering the most delicious Djiboutian cuisine, as well as organizing concerts, the siesta beach and even Sable Planck. 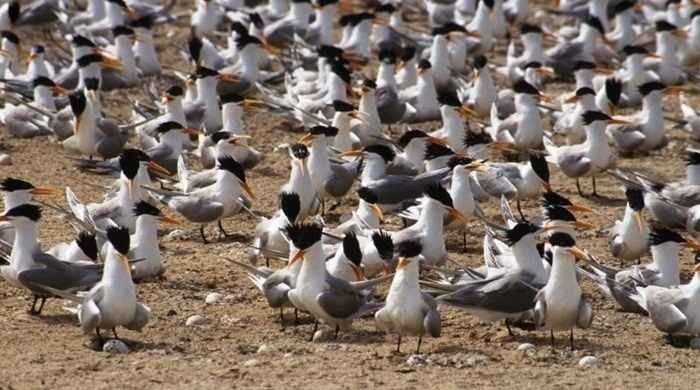 Tourist places in Djibouti .. “Plain of Jubad” .. It is considered one of the most important tourist attractions in Djibouti, it is characterized by its beautiful location where there is between the Hanel Plain and the most splendid lake so birds gather abundantly in it when you visit it you will enjoy seeing different types of birds and you can approach them to take memorial photos With it and feeding it as this region is famous for the availability of large numbers of ostriches it is his habitat.

Tourist places in Djibouti .. “The capital of Djibouti” ..

It is one of the most important tourist destinations and tourists go to due to its beauty represented by the charming nature and its wonderful views of the Tadjoura Bay, and therefore it provides many trips and various water activities that appeal to visitors as it provides restaurants and various hotels that suit all tastes. 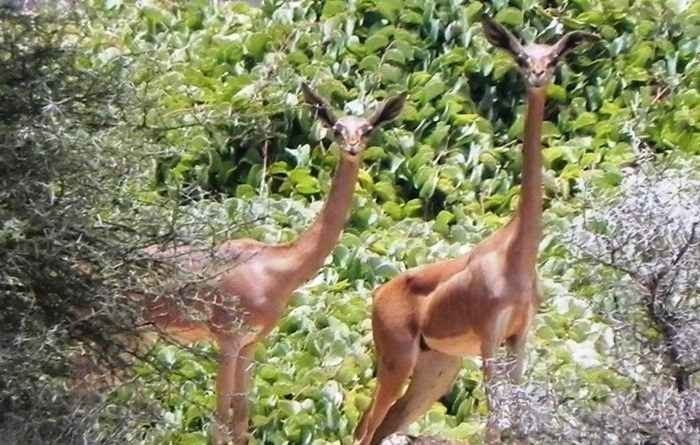 “Hanlei Plain” .. When you take the decision to travel to Djibouti, you are with an appointment to see a group of beautiful plains, the most important of which is the Hanlei Plain and is located near the Jubad Plain and also their wildlife is very similar and there are different types of animals such as deer and it is characterized by high mountains that surround it from All directions In addition to the presence of fresh lakes in it, you can swim in it, as different birds gather around it. Perhaps the most important of which is the oud and geese creek, it is certain, dear tourist, that you will spend the best times in it because of the landscapes that relax it and renew energy.

While traveling to Djibouti, it is necessary to go shopping. The markets of Djibouti are among the tourist places that tourists go to to buy various souvenirs. These markets offer many products that express Djibouti, such as contracts made of beads, flowering fabrics, handmade textiles, pottery, and coffee. Elixir Parfumere.

Tourist attractions for children in Cyprus … get to know them!