England is one of the most important countries on the global tourism map, as it has a long history, a long tradition and a culture spread in the countries of the world through the English language.

The cities of England in general are considered the most attractive tourist destinations in the United Kingdom, especially the capital London, which is the first destination for tourism in England, followed by Manchester, Liverpool and others.

Before traveling to England

Here is some information you should know before traveling to England

First, traveling to England requires a “visa” visa so that you can stay in the United Kingdom for a maximum period of 6 months.

The currency in Britain is the pound sterling and we all know that Britain left the European Union recently, but for transportation, public transportation is considered the most appropriate and least expensive as taxis are very expensive so we advise you to avoid them

What are the seasons of tourism in Britain?

The best time to explain to Britain and England in particular is between January and February and between mid-September and November in addition to March and April, in this period you will avoid crowds and large numbers of tourists as you will save a lot in housing and so on.

Now let’s get to know England’s most beautiful tourist cities, which are:

London, the city of fog, is the most beautiful city in England and the capital of tourism in Britain. It is also classified as one of the largest cities in the world with a population of approximately 8 million people.

London is one of the most prestigious cities in the world in the fields of culture, fashion, finance, politics and trade.

Tourism in England and London is considered one of the important and preferred destinations for many tourists in the world, due to the large number of natural areas in it and the famous tourist attractions in Britain, which have fewer counterparts in other parts of the world such as ancient monuments, palaces, museums, constellations, churches, and so on.

The most important places of tourism in England, London

We offer you in this topic a list of the best tourist places in England, London, which we advise you to visit when traveling to England .. Read more 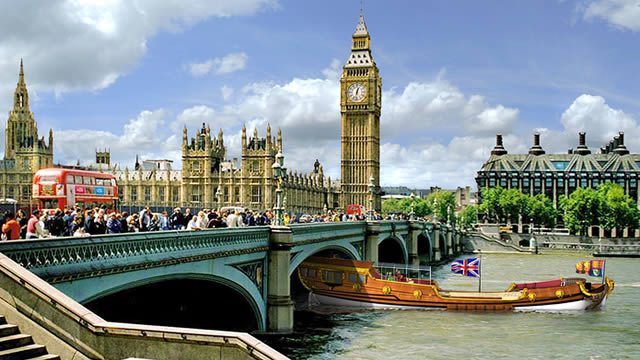 Manchester is the most beautiful city in England in the north and the second city in the United Kingdom, where about 3 million people live, and it is a destination for travel to England that tourists annually prefer because it contains very impressive areas and tourist places that dazzle their eyes.

The city is considered the cradle of the tourist and cultural landmarks of England and the cradle of the industrial revolution in the world, in addition to containing many destinations, resorts, sports facilities, shopping centers and entertainment that make the city a special place in the field of tourism.

The most important places of tourism in England Manchester

In this article, we collected for you the best tourist areas in England, Manchester, which are visited by tourists from all over the world, get to know them ..Read more 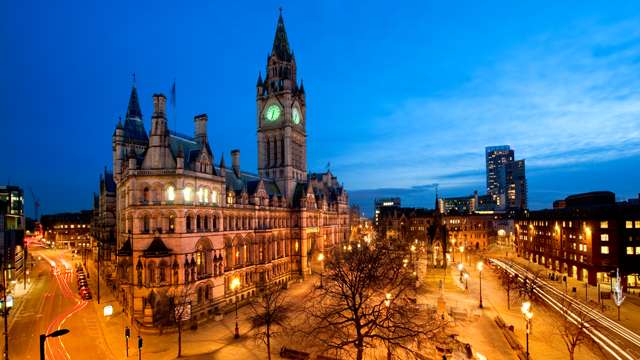 Liverpool is one of England’s tourist cities, one of the most visited tourist areas in England, as it attracts more than millions of tourists from all over the world throughout the year.

The reason for this is the large number of attractions in England, Liverpool, and the multiplicity of England’s prominent landmarks, such as markets, museums, libraries, and many shopping areas, restaurants, shops, and parks that visitors always want and spend enjoyable times.

The most important places of tourism in England, Liverpool

Every year, tourists come to Liverpool to enjoy its famous attractions and wonderful markets. We have gathered for you in this article the most important tourist places in England Liverpool .. Read more 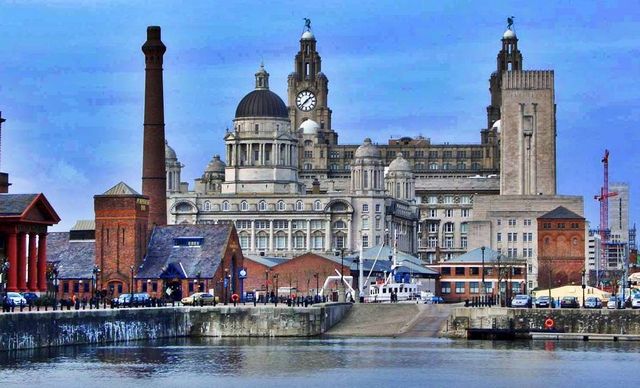 Birmingham is one of the cities of England, and it is one of the most beautiful destinations for travel to England for tourists, as it is a city characterized by vitality, diversity and history, as its history extends to 1500 years.

Today, the city of Birmingham is one of the tourist cities of England distinguished for shopping, international events and nightlife, not to mention its restaurants that won many awards, all of which made Birmingham one of the most attractive places in England.

The most important tourist places in England Birmingham

On this topic, we have compiled for you a list of the most important tourist areas in England, Birmingham, which enjoys a high number of tourists. Read more 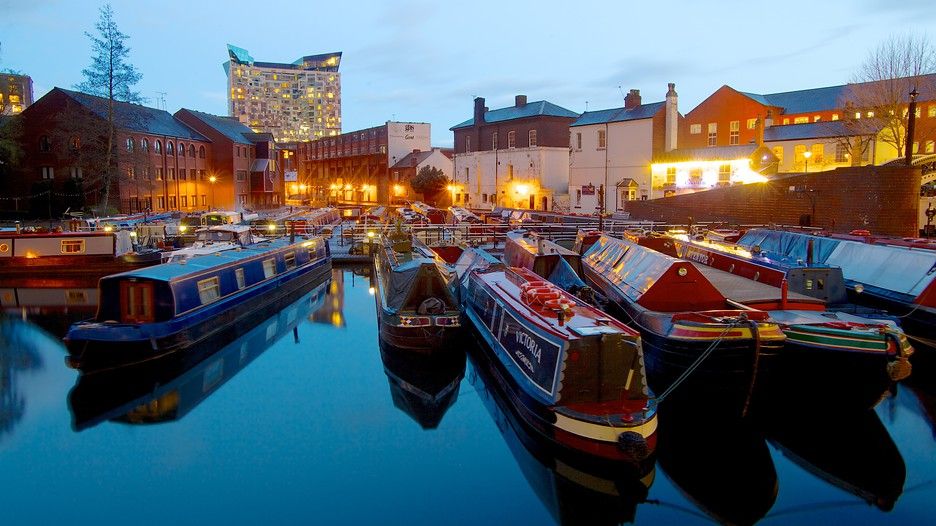 Leeds is one of the tourist cities of England located on the Ayr River in the north, it is one of the most developed cities in Britain, where it has the largest number of luxury shops outside London, and this is why Leeds has become known as the shopping capital.

Many explain that tourism in England Leeds provides tourists with tranquility, change and enjoy the beauty of this city, as it includes a group of the finest names known in the world of restaurants, cafes, entertainment places, museums, theaters, and more.

The most important tourist places in England Leeds

Learn about the most important landmarks of England in Leeds to enjoy the beauty of this city, which has become today a commercial and cultural center in the central Britain .. read more 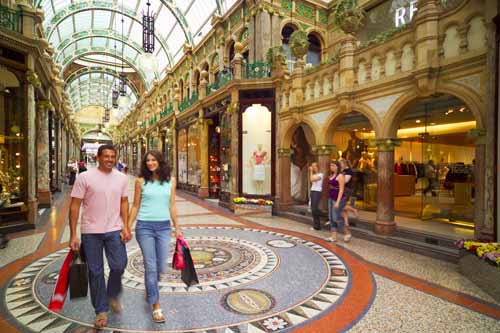 Brighton is one of Britain’s most prominent cities located on the south coast of England with a population of about 480,000 people characterized by monuments, Brighton began attracting more visitors after the improvement of land transport to London, and became the point of boarding of boats to travel to France

The most important tourist places in England Brighton

Brighton, England has many attractions in entertainment, cultural events, concerts, theaters, cinemas, comedy clubs, and shopping in super luxury stores, learn about it in our article .. Read more 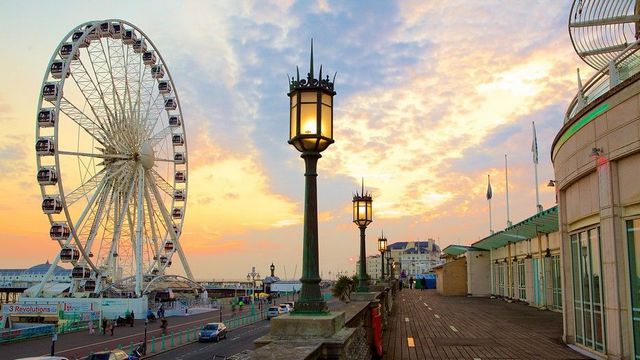 The city of Oxford is located in the valley of the River Thames in southeast England, and is known as the “City of Dreaming Towers” in relation to the harmonious structure in the buildings of Oxford University.

The most important tourist places in England Oxford

On this topic, we collected for you a list of the most important tourist areas in England, Oxford, which the city is famous for .. Read more 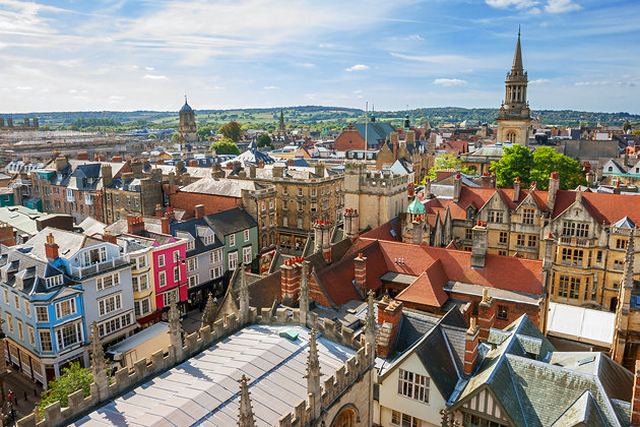 Articles you may also be interested in in England: