Tourism in Morocco, Fez, Fez is the second largest city in Morocco in terms of population, because it contains archaeological monuments indicating its civilization through the ancient Islamic ages. One of the most important of these monuments is the wall that surrounds the city and its eight gates. The old city in Fez is the largest area free of vehicles and cars in the world.

The city of Fez includes many luxury apartments and hotels in Morocco that vary and vary according to their luxury, level of service, and even prices, and because the task of choosing the right hotel for tourists is somewhat difficult, we collected the best hotels in Fez, especially close to the tourist attractions in Fez .. Read more 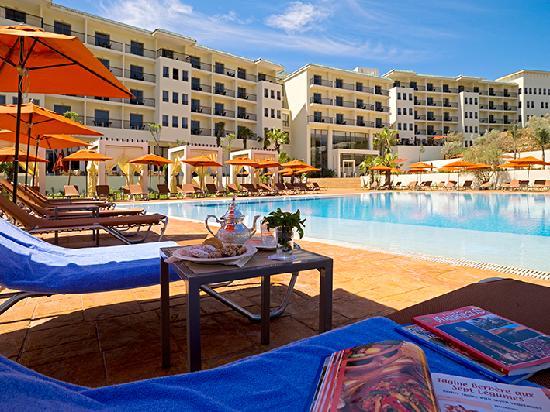 The most famous places of tourism in Fez

Tourism in Fez is a destination for thousands of tourists from all over the world because of the wonderful tourist attractions it contains. In this article we will mention the most important tourist places in Fez, which are:

The Kairouine mosque was built in 857 AD and is considered one of the oldest and most famous mosques in the Kingdom of Morocco. Most parts of the mosque were designed in the Almoravid period, that is, in the twelfth century, where gypsum domes were built over the prayer hall.

The Mosque of Al-Karaouine is distinguished by its simple design and decoration, in addition to the presence of domes, arches, Qur’anic inscriptions, supplications and a minbar that dates back to the time of the Almoravids. This is why the Al-Qarawiyyin Mosque is one of the most important tourist places in the city of Fez .. Read more 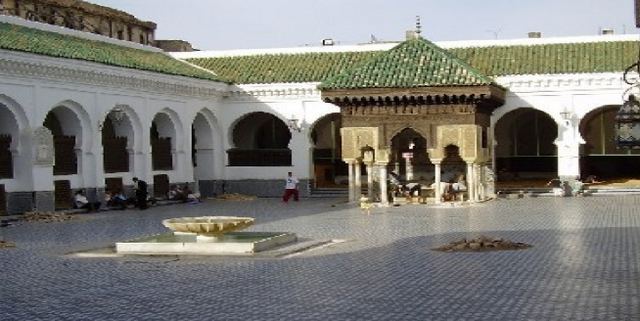 This museum was built by order of Sultan Moulay Abdel Aziz in 1897 and was transformed in 1915 into a regional museum of arts and customs. The museum was originally a palace intended for summer residence and reception, and is of Moroccan-Spanish design.

Dar Al Batha Museum includes a large collection of exhibits that include artifacts, artefacts, handicrafts, etc. It is a place frequented by many art lovers who come from all over the world to learn about Moroccan heritage in the city of Fez. 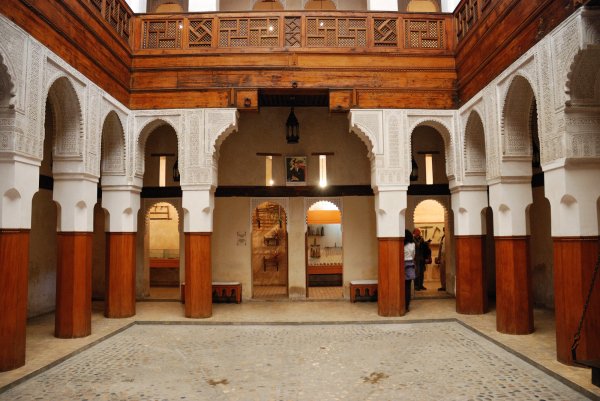 The Museum of Wooden Arts and Crafts includes a large collection of ancient wood carvings and works, as it is displayed in a historical building that is considered one of the most beautiful buildings in the city of Fez, Morocco. The museum displays the history and originality of carpentry and wood arts in the city of Fez, so it is considered one of the most important places of tourism in Fez 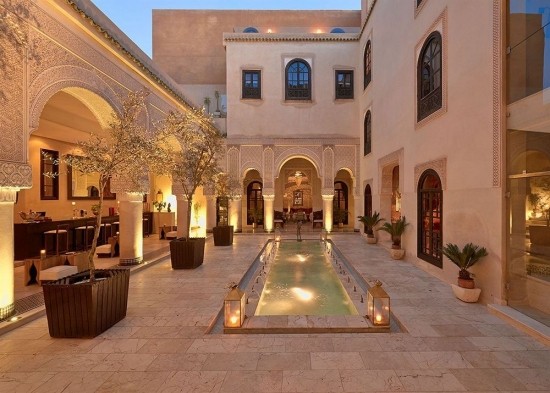 The Bou inania madrasa school was built between the years 1350 and 1355 by order of Sultan Abu Annan al-Marini, and it is considered one of the most famous schools of Fez and Morocco in general, especially for its important role as an educational institution and a place of residence for students.

The school includes a wonderful silo in terms of its construction and the decorations it carries, in addition to an hour of water that has not been known as its mechanism of operation until now. The school is today one of the most important tourist places in Fez .. Read more 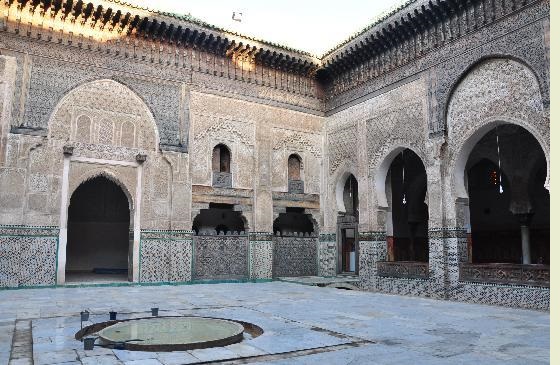 The door of Abu al-Jund, or Bab Bu Jalud, is considered one of the most famous doors in the wall surrounding the old city of Fez. This door is located on the northwestern side of the city and next to the Basha Al-Baghdadi Square.

The door of Abi Al-Ghad is considered by many to be the main entrance to the city of Fez. It is also one of the most famous tourist attractions in Fez. 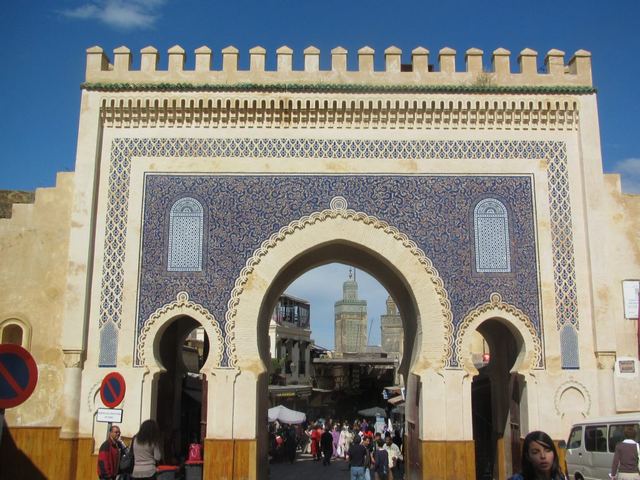 The corner of Moulay Idriss

The corner of Moulay Idriss is a building that houses the second shrine of Idriss, which ruled Morocco between 807 and 828 AD. This place is one of the tourist places in Fes, where many visitors from all over Morocco visit, in addition to tourists.

The Zawia Moulay Idriss building is considered one of the most beautiful buildings in Fez and it is truly an artistic architectural masterpiece worth visiting. 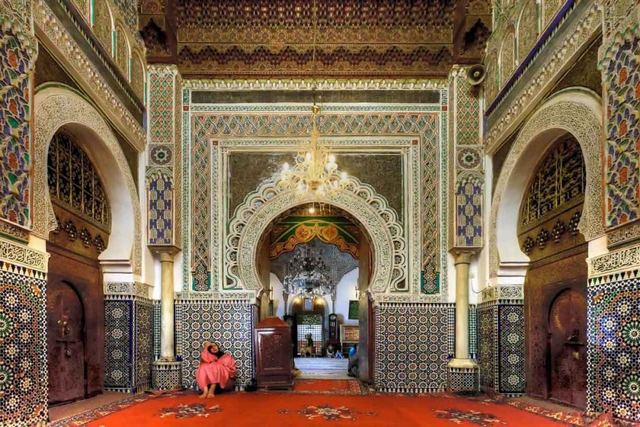 These walls are considered one of the most prominent landmarks of tourism in Fez, dating back to the period during which the Nasser Almohad rule between 1199 and 1213 CE. These walls surround the city of Fez and are interspersed with many gates, which are named after the rule of the Idrisites and Zenites of Morocco. The most famous of these gates are Bab al-Futuh, Bab al-Knissiyya, Bab al-Hamra and Bab al-Jadid. 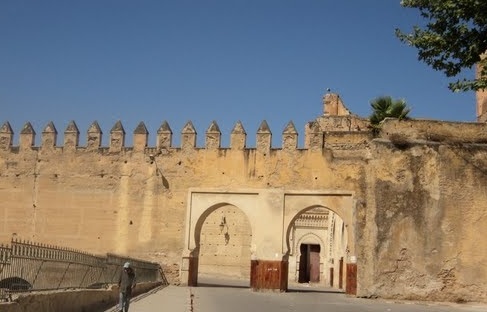 Also called the Tower of the North, it is an ancient fortress that was built by the Saadians in 1582 in the north of the city of Fez, where it is inspired in its design the form of Portuguese castles that existed in the sixteenth century.

The northern tower is one of the largest observation points for the city of Fez. It was previously a factory of conventional artillery and has now become a museum of conventional weapons. 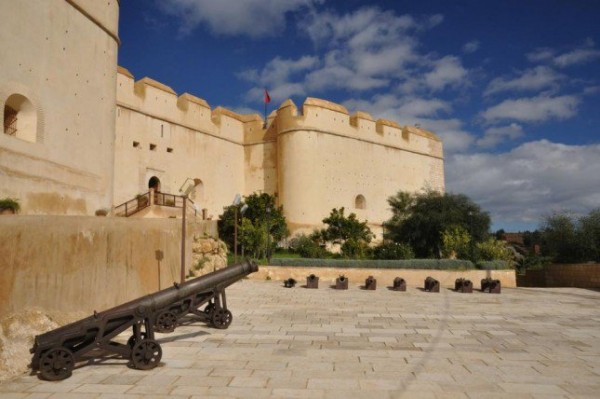