Report on the Oberoi Madinah

Important advice before traveling to Croatia

Home ⁄ Germany ⁄ Tourism in German Bamberg .. Learn about “Bamberg” the most beautiful German cities to spend a wonderful trip ..
Share on
Facebook TwitterWhatsapp

Tourism in German Bamberg .. Dear tourist, we advise you to visit the German city of Bamberg, because it has many historical sights such as castles and museums.

Tourism in German Bamberg, Bamberg is located in the north of the state of “Bavaria” and the city is distinguished by being an important historical destination for the presence of castles and historical places in it in addition to being an important cultural center where it is famous for music and various arts since ancient times and until now as it is characterized by its beautiful engineering architecture that attracts tourists To see him and the various festivals and events take place, of course, he does not hesitate to take a tour of the old city to feel that you live in the past. 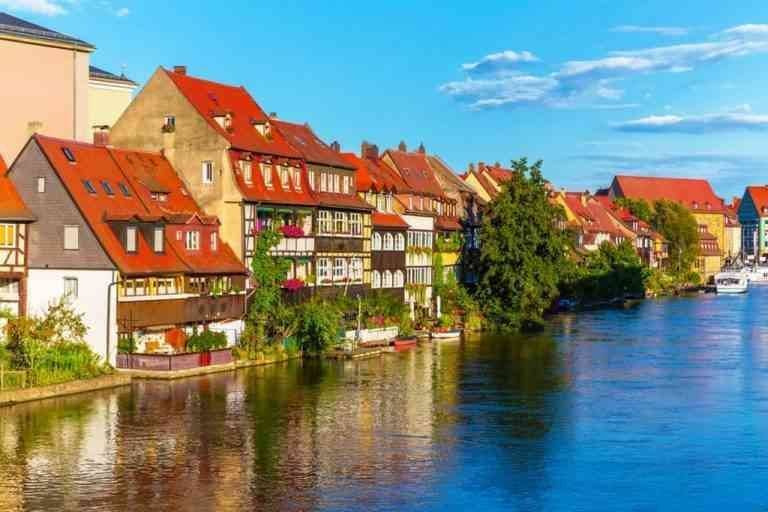 “Naturkunde-Museum of Natural History” .. the most important tourist attraction in Bamberg, Germany .. 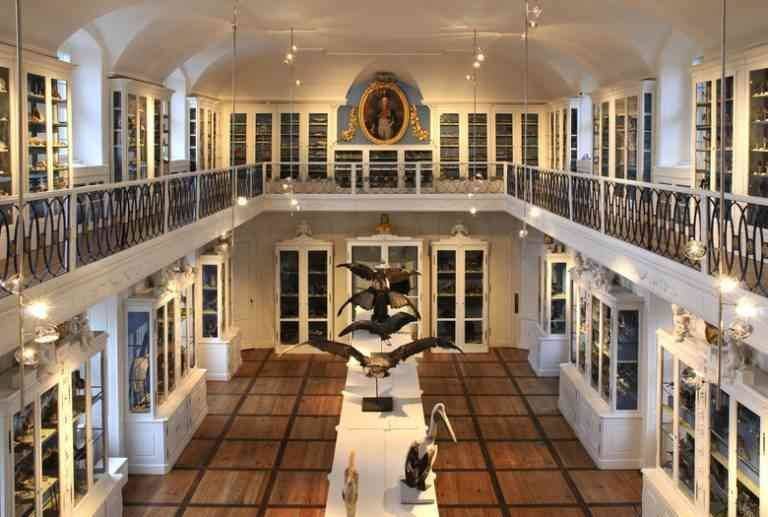 Natural History Museum Naturkunde-Museum was established in 1791 AD and we advise you to go to it, dear tourist, to spend the best times exploring, in which you will see many plants and animals, especially mammals, stuffed animals and skeletons of extinct animals, and it is a suitable place for children as it provides places designated for them in addition to The possibility of their particiAl Bahahn in some simple experiments that take place in it, as it helps in increasing information among children about plants, animals and various minerals, the museum is also distinguished by its beautiful shape and the museum starts working from Tuesday to Sunday from nine in the morning until five in the evening As for entrance fees, 2 euros for children and 3.5 euros for adults. One of the best museums is also the Museum of Contemporary Art, where photography and sculptures work.

It is considered one of the best museums in the city, where the wonderful old furniture that admires both it and the wonderful carpets that date back to the times of the emperors in addition to the beautiful artworks, so we assure you, dear visitor, that by visiting him, you will feel that you have returned to the past.

Read:The 10 best beaches in Germany that we recommend to visit

“Regnitz River” … the most beautiful tourist place in Bamberg, Germany. 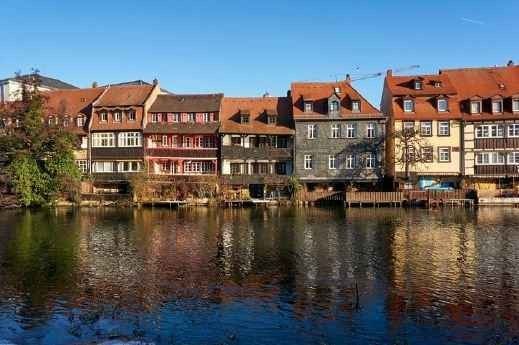 The Regnitz river, dear tourist, as we explained, the city possesses many historical monuments, but it also contains beautiful natural attractions and the most important of these monuments is the Reinitz river, so you cannot go to it to spend the best times in the wonderful nature, you have to ride a boat and take a river for fishing, swimming and watching Landscapes around you also have to ride bicycles and take a tour around the river to take memorial photos and of course sit in front of it and have a drink.

The old city hall is located in the middle of the upper bridge in the old city, which provides beautiful views of the surrounding houses of the fishermen, its great forms and water channels, the hall was established in 1386 AD and its current construction in 1744 AD, the hall is characterized by the presence of wonderful murals illustrating the building’s construction and there is a hall Rococo worth seeing. 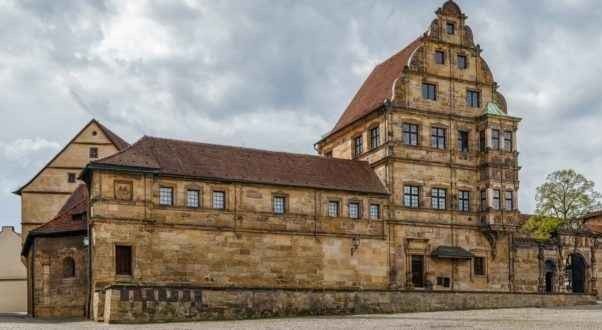 The Old Court is one of the most beautiful architectural buildings in the city and that was created in the German Renaissance. The palace was created in 1576 AD to become a seat for the bishop. Now it is a museum that explains to the visitors the history of the city, where it includes many beautiful archaeological collections as paintings of applied art in addition to decorative works , The court is also distinguished by the beautiful gates, which are considered a masterpiece, as they are carved, and the court also contains a wonderful internal courtyard with an open-air theater.

Read:Tourist program in Germany for 7 days

The building was established in the period from 1695 to 1704 to include royal apartments, as well as it has various tourist attractions such as the State Library and the exhibition that shows the beauty of German art, where wonderful paintings dating back to the period from the fifteenth century to the eighteenth century and attached to it a large garden filled With colorful roses, there are more than 4,500 roses, definitely take memorial photos in this wonderful atmosphere and we advise you to have a drink in the pavilion cafe overlooking the garden.

Dear tourist, do not miss to go to this beautiful museum to learn about the history of the city, the museum is located in the heart of the city, it includes a large collection of valuable holdings of different eras, some of which date back to prehistoric times, such as stone sculptures and ancient coins, astronomical instruments, hours dating back to the century Sixteenth to nineteenth century plus a lot of beautiful handicrafts. 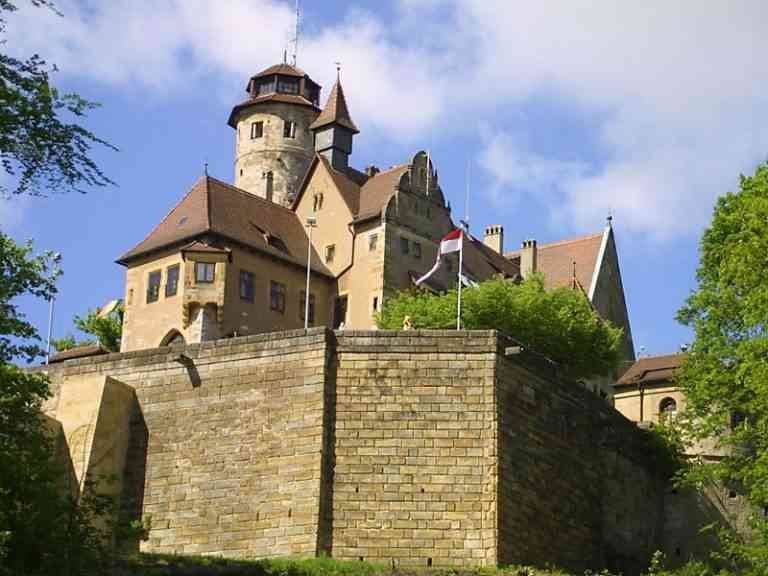 Altenberg Castle is considered one of the most important historical monuments in the city dating back to the twelfth century and is distinguished by its presence on top of Bamberg Hill, which is one of the most popular places in the city, where tourists and locals go in large numbers to see this beautiful castle, which was in the past the seat of bishops’ residence, was done Destruction of the castle in 1553 AD, but parts of it were left to witness until it was rebuilt in a wonderful style. It now includes luxurious rooms worth seeing and when you feel hungry, you must eat a delicious German meal in the restaurant in it, it is one of the best restaurants in the city.

It is one of the best tourist attractions in the city, with which you will see the beautiful towers, a wonderfully designed mansion built in the seventeenth century, the Gothic women’s house and the most preserved parts as is the Great Hall and the kitchen.

“Bamberg Markets” .. the pleasure of traveling to Bamberg, Germany .. 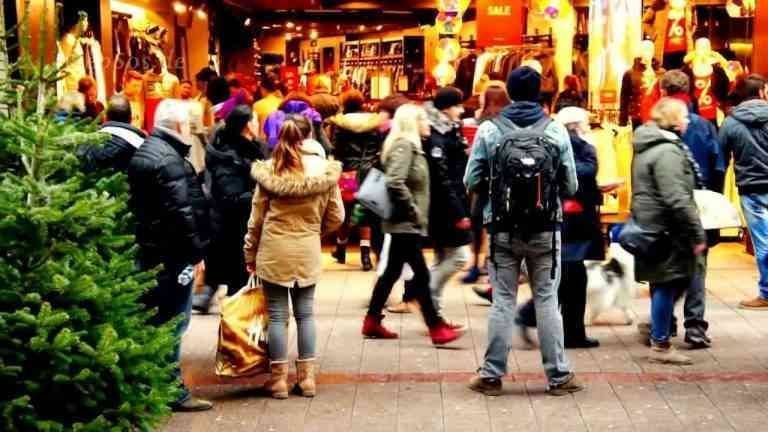 The tourist markets of Bamberghey When visiting Bamberg we advise you to shop in it as it includes a group of the best shops especially those in front of historical buildings because they offer visitors a variety of the best products that are suitable to be distinctive souvenirs expressing the city and its culture and history such as antiques and clothes and other products .

“The island region” .. the most important tourist places in German Bamberg ..

Dear tourist, we advise you to wander the city streets and narrow alleys that clarify the beauty of the past on foot and one of the most important areas that are worth exploring is the island area located below one of the seven hills and is located in the middle of the river, in the twelfth century a market and housing were established in it was a link Connected between the middle class and the nobility, and even now the area is filled with tourists for shopping and for touring its old buildings with its beautiful wooden destinations in addition to restaurants and cafes located on its outskirts and offering delicious local and international cuisine. The region is also famous for having university colleges in it. It is distinguished by its quality as it is three-dimensional and Imams on the principles of visual deception, such as the cherub leg that visitors want to touch but discover that it is a drawing.

How many hours from Tbilisi to Batumi

Tourism in the Netherlands

The best 3 activities in the sands of Wahiba, Sultanate of Oman

Traveling to Turkey from Morocco

A paragraph on Ma’in baths

Your smart guide for tourism in Yanbu