Tourism in the Greek Thessaloniki .. There is the city of Thessaloniki in the center of Macedonia, which is one of the largest cities in Greece and large numbers of tourists go to see its sights. 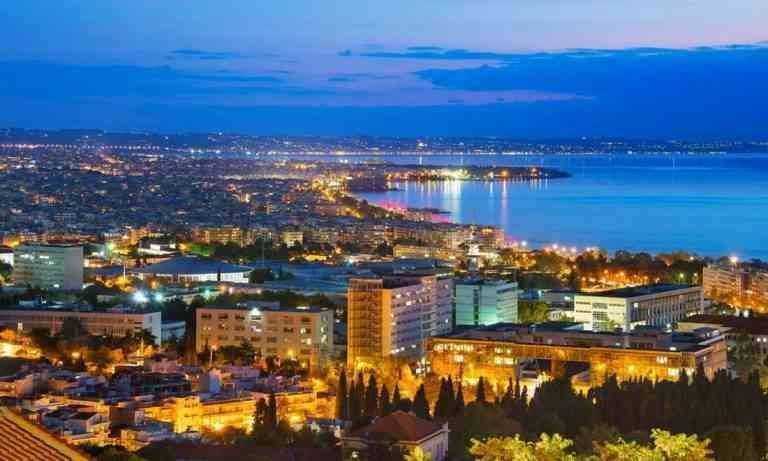 Tourism in the Greek ThessalonikiThe history of the city of Thessaloniki goes back to the year (315) BC and we advise you, dear visitor, to wander around the city to learn about its great history, it was the capital of Central Macedonia, by which you will see many tourist attractions such as the Arch of Galerius, Agios Basement and Byzantine baths as you have The city is a group of important museums, such as the Archaeological Museum, the Museum of Byzantine Culture and the Museum of Cinema, and where the historical buildings from the Roman era to the Byzantine era, many civilizations and cultures passed through the city, and each of them left its mark in the city, as the city is distinguished by its progress To blend dishes to suit all tastes and mix different kitchens, you should eat delicious local food from the stalls on the streets, but make sure that it is clean. 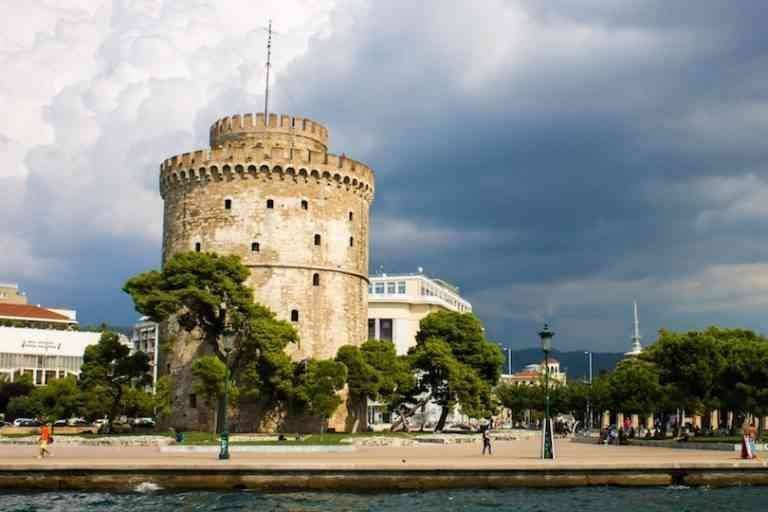 Know the best times to visit the city of Thessaloniki. Dear tourists, the weather in the city of Thessaloniki is semi-tropical and humid. We find that the winter is cold and snow falls, and the summer season is dominated by hot, sunny weather. The temperature in July and August is about 31 degrees Celsius, so we recommend you to visit it especially in the spring. And autumn in the period from March to May and from the month of September to November to enjoy its beautiful beaches and explore its monuments. 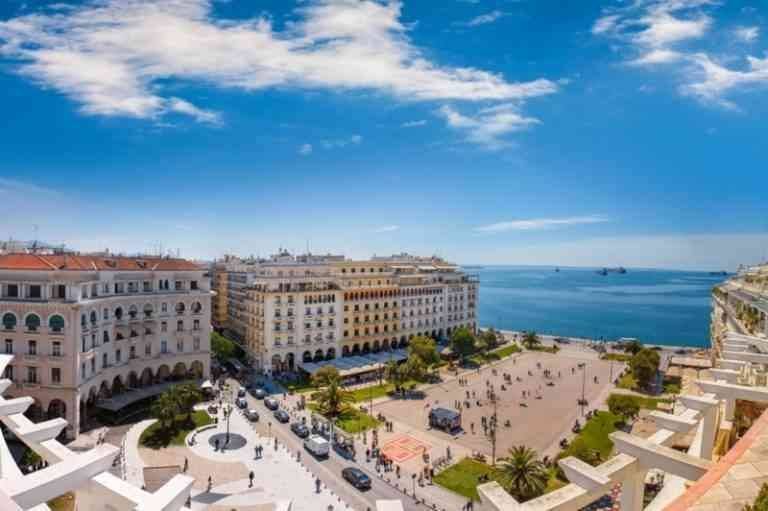 Aristotle Square Aristotle Square is considered one of the most important tourist attractions in the city. The square is very popular with visitors, so I took souvenir photos with it.

“A trip to the islands” .. the most beautiful tourist places in the Greek Thessaloniki .. 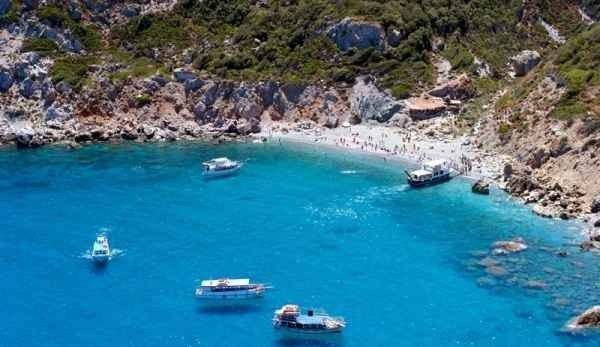 A trip to the island, the dear tourist, one of the best tourist activities that you can do when you are in the city is to go on a trip to the coast of Greece where the wonderful islands such as the island of Halkidiki, which has a wonderful beach, you can practice a group of water sports and of course you have to swim in the clear waters and dive to see the objects The marine found in the area and also the islands of Thasos, which provide you with an atmosphere of adventure and exploration, so I take memorial photos in this beautiful landscape.

“Axios Logias Reserve” is one of the best tourist spots in Thessaloniki, Greece.

It is considered one of the most beautiful natural destinations in the city, and with it you will be able to enjoy nature and recreation.

“The White Tower of Thessaloniki” .. the most important tourist attractions in the Greek Thessaloniki 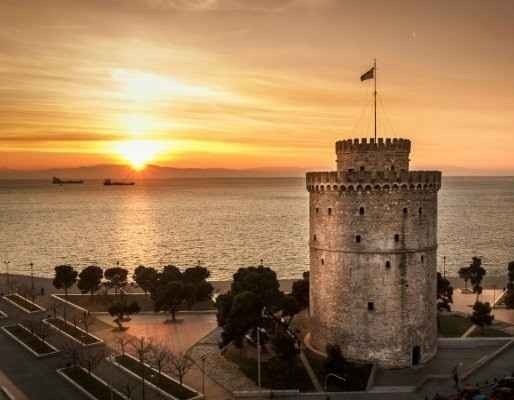 The White Tower of Thessaloniki is one of the most important tourist attractions in the city, it is a round castle that looks beautiful and is located on the east bank of the city, the tower was established in the fifteenth century to be a strong marine fortress of the city and is now a popular tourist destination that history lovers go to.

“Thessaloniki Markets” .. the pleasure of shopping and traveling to the Greek Thessaloniki ..

When you visit to the city of Thessaloniki, you must want to buy souvenirs and your needs, so you have to go to the city center, especially “Tsamsky Street”, as it is one of the most famous commercial streets in the city because it contains hundreds of shops that offer various products, whether local or international products, so buy what you want By buying the craft industries that the country is famous for, because it demonstrates the culture of this region, and they are products that can serve as distinct souvenirs. 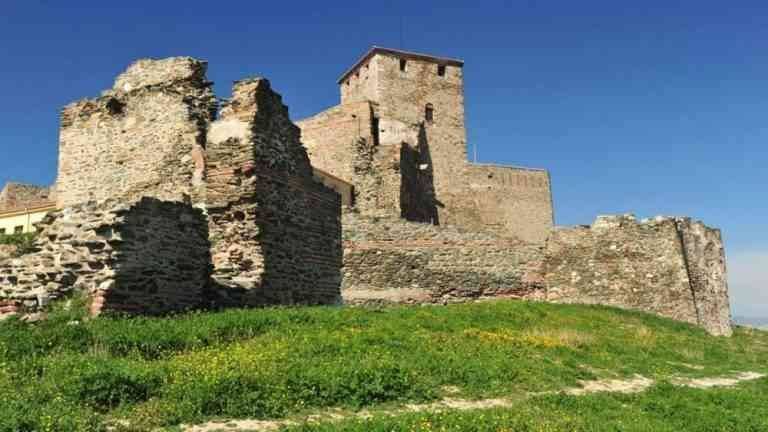 The castle of Heptabergie is also called the castle of the seven towers and is known as the “Lady Ciol” and it is the name of Osmani for it. The castle owns northern towers which are said to be built to fortify the city in the fourth century. 100 years and it is now a distinctive tourist destination distinguished by its beautiful natural scenery around it, so I take pictures of it.

“The Museum of Byzantine Culture” .. The most important tourist places in the Greek Thessaloniki .. 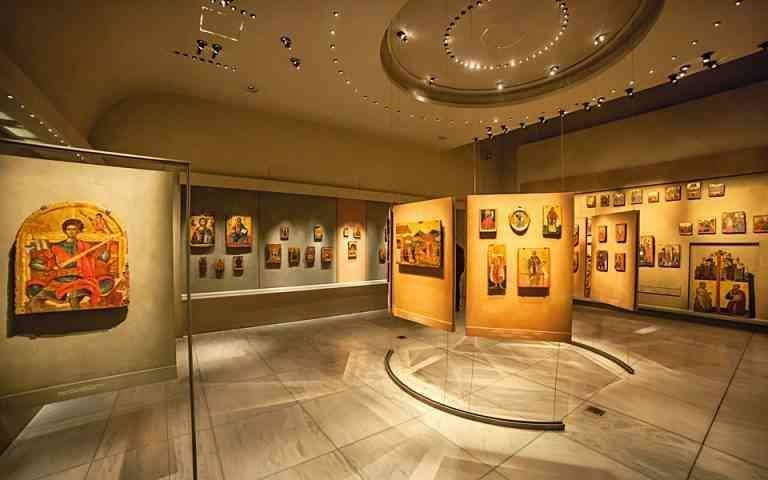 The Museum of Byzantine Culture is one of the most important museums in the city, the museum is famous for containing thousands of important artifacts dating back to the Byzantine era and you will enjoy seeing beautiful mural paintings, arches and mosaics in addition to textiles and ceramics as the museum demonstrates ancient customs and beliefs For residents and their daily lifestyle. 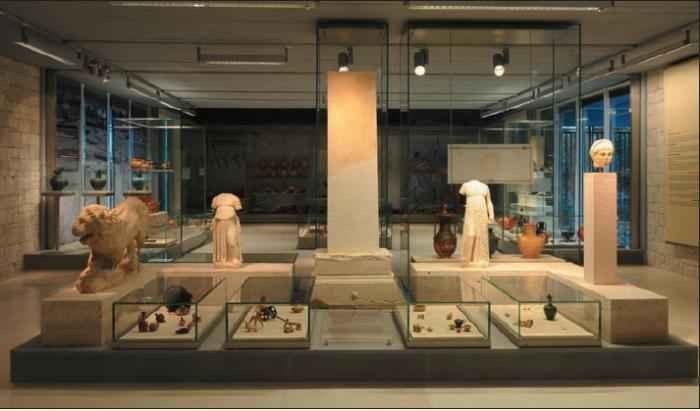 The Archaeological Museum of Thessaloniki If you are a fan of history, go to it, dear tourist, to see the valuable artifacts dating back to different historical periods such as classic, Roman, and Hellenistic. There is also a section of the museum concerned with prehistoric times of the city, so the museum tries to visualize the shape of the region at that time to Besides, the building itself is built in modern Greek style.

“Arch of Galerius” .. the tourist places in Thessaloniki Greek .. 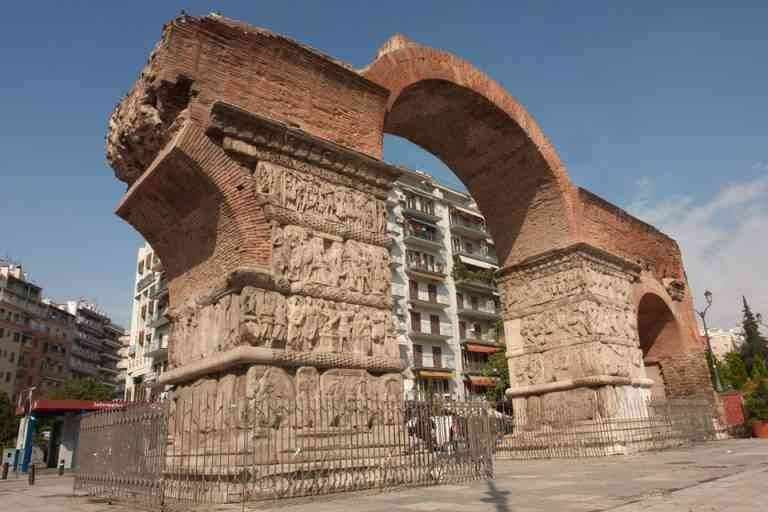 Galleria Arch is also called Camara, and this arc is one of the most famous Roman ruins in Thessaloniki, so it attracts many tourists, especially for its presence near the White Tower, the arc was created in 298 AD by order of the Emperor “Galerius” in order to celebrate the victory over the Sassanid Persians, the arc was It has four primary pillars and four secondary ones, but now there are only 2 primary and one secondary and the arc looks out the shape of the battle, it is engraved on the remaining parts of it. 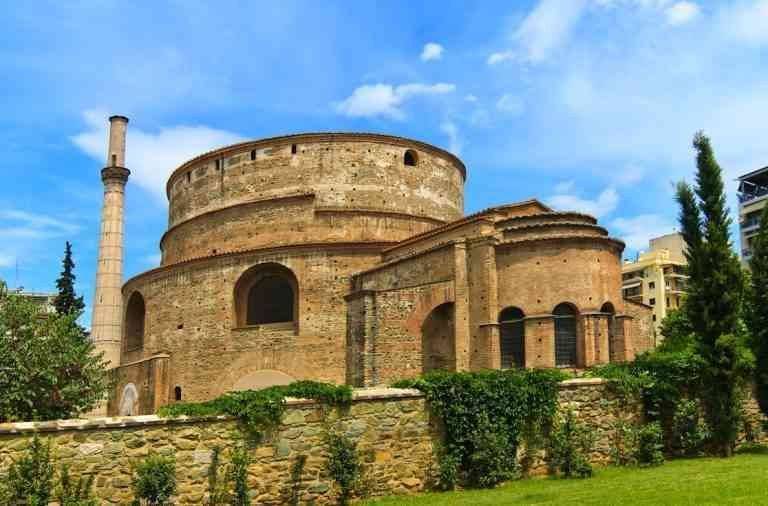 Rutinda is considered one of the oldest monuments in Thessaloniki, it is a round building that expresses the first Roman temple and was established in 306 AD with the aim of being a shrine for the Roman Emperor “Galerius” and then turned into a public church and when the city was subject to Ottoman rule it turned into a mosque in the year 1590 AD and It is now a beautiful tourist destination decorated with mosaics.

Dear tourist, it is necessary to visit the old town of Thessaloniki, as it is one of the oldest parts of the city, and it is strange that in 1917 a fire burned most of the city, but this part was not exposed to it, so this part enjoys its ancient architecture, narrow cobbled streets, and traditional houses. There is a Byzantine castle in it and you can buy gifts from the shops located in its streets and also eat an old Greek meal. 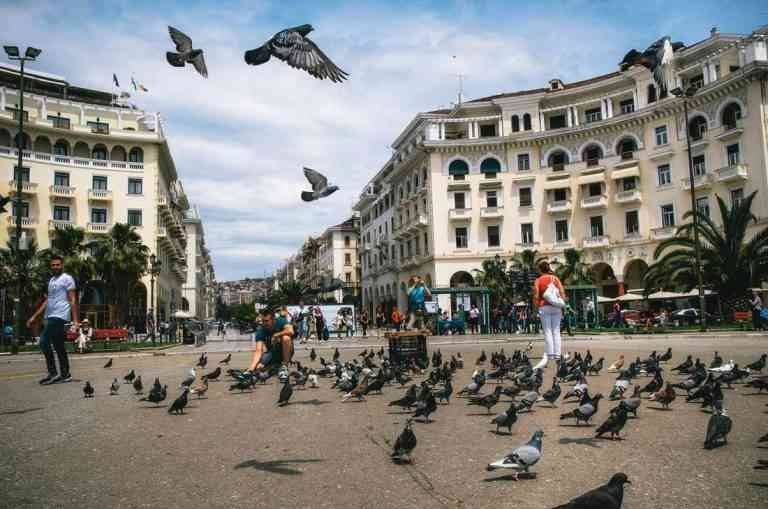 Aristotelousn advise you to visit it as it is one of the best places for hiking in the city and it comes to life at night where the various celebrations and festivals and you have to sit in one of the cafes in it and have a cup of coffee and then shop from the markets next to it where fresh food.

It is one of the most beautiful beaches of the city, so you should visit and spend the best times in front of it, where fine sand and clear water, and you have to play football with your family in front of him or ride bicycles and walk along the beach and also swimming and fishing.

Cafés in Tangier: the best and most famous 8 cafes and cafes in Tangier