Tourism in Guinea .. Guinea is characterized by abundant magical landscapes in it, represented by forests, waterfalls, beaches and wonderful islands, and this is why Arab travelers give you the best of these places.

“Forests in Guinea” .. the best tourist attractions in Guinea .. 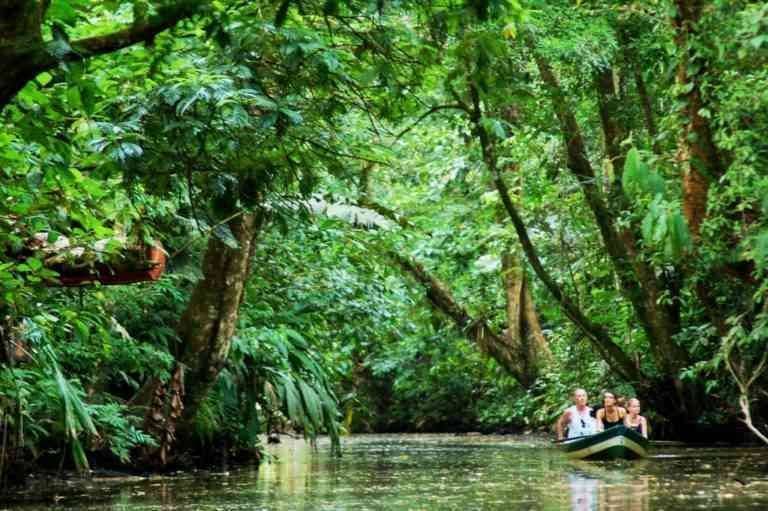 “Forests in Guinea” .. the best tourist attractions in Guinea .. When you visit to Guinea, dear tourist, the most important places that you should visit are the forests, the most famous of which are the savannah gardens next to the Tinkesso River. Locals and go on a safari trip in the jungle between the bush to see plants, different trees, birds and butterflies of various types, as well as pets such as monkeys and elephants. Read also: Tourism in the Gambia .. where the best tourist places

The “charming island of Guinea” .. the most beautiful places of tourism in Guinea .. 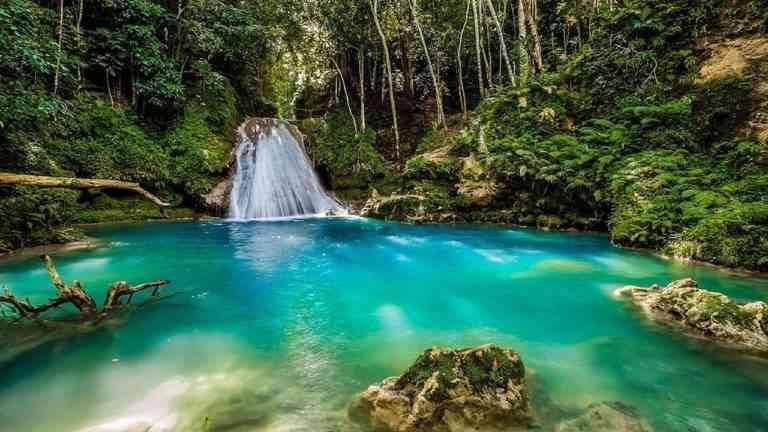 “The charming island of Guinea” .. The most beautiful places of tourism in Guinea .. Guinea is distinguished by its possession of many wonderful islands and it is also distinguished by its proximity to the beach. If you want and offer you the most beautiful islands, which is “El de Room”, “El de Los”, the distance between them and the capital is ten km and also the island “El de Casa” and the way to reach it by a general phrase. We advise you, dear visitor, to visit these islands to spend the best times where the fine sand Beautiful beaches, and for relaxation Enjoy the picturesque nature away from the crowds.

“Valley of the Bride” .. the best places of tourism in Guinea .. 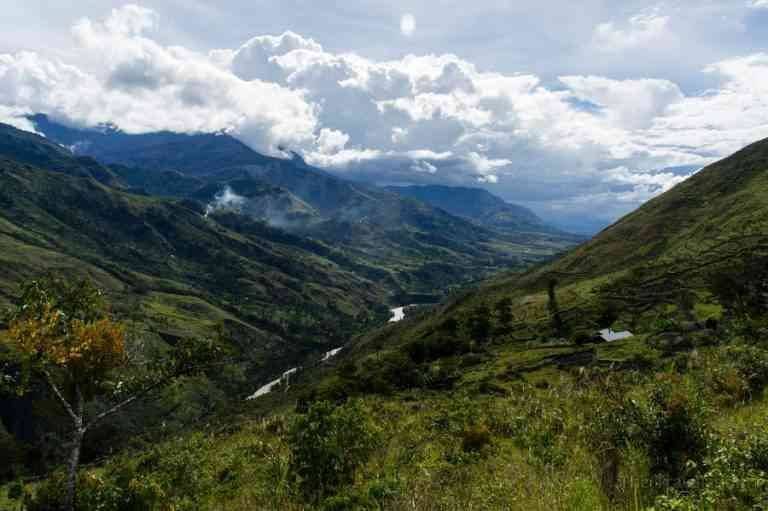 “Valley of the Bride” .. the best places of tourism in Guinea .. It is considered one of the most famous valleys in Guinea, there is 150 km from Conakry, which is the capital of Guinea and it goes to large numbers of tourists to enjoy its beautiful view, where it is filled with green, along with the presence of very steep hills that cross a river Sapinde from above to pour into a lake under the hills, if you love swimming, this area is very suitable for you and do not forget to take pictures of yourself in the middle of this lake and the green hills around you and the river water descend next to you.

“Caquimbun Caves” .. the most famous tourist place in Guinea ..

“Caquimbun Caves” .. the most famous tourist place in Guinea..Dear tourist when traveling to Guinea, you should visit the Caquimbun Caves located in the city of Conakry in the area of ​​Ratuma, you can go to it with a guide if you are a fan of legends, then you will listen to many interesting stories and legends that It spread in Guinea as it is a region where many religious rituals are held in Guinea, so you can learn more about the culture and nature of the Guinean people, which is an important region for the Baja tribe, especially from the religious point of view. Also read: Tourism in Ghana .. Your guide to spend a distinguished tourist trip

“The National Museum of Guinea” ..

Traveling to Guinea is especially enjoyable because there are many tourist places, and to learn about the history of this country, you must go to the National Museum, which includes ancient ruins, statues, musical instruments such as drums, handicrafts, and various wooden industries, as well as a souvenir shop. 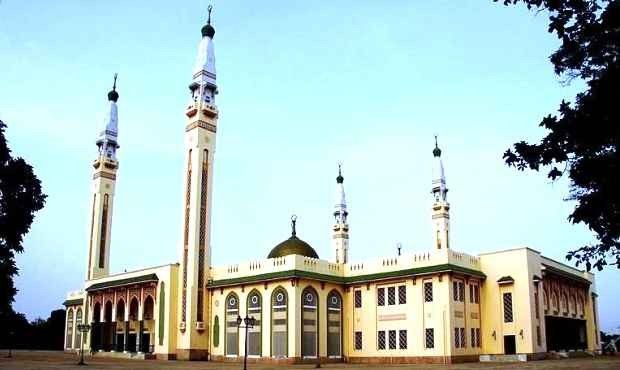 Tourist places in Guinea .. “The Great Conakry Mosque” .. It occupies the fourth place in the largest mosque in Africa, it was established in 1982 and surrounds the gardens of the mosque and also has a shrine for some of the national figures of Guinea. 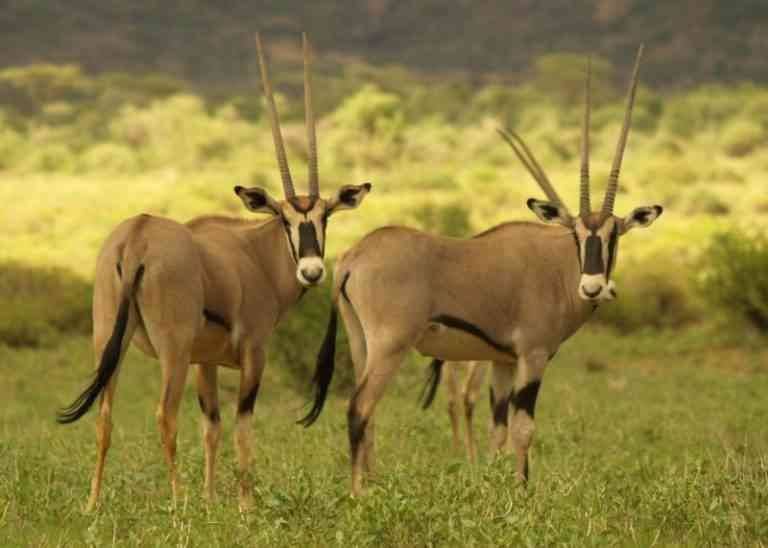 “Nimba Mountain Reserve” .. From the tourist places in Guinea that extend to other countries, we advise you to visit this reserve to see the various wild animals, which number up to 200 species such as antelopes, monkeys and different cats, which are a national park and included by UNESCO to the list of the most important places of world heritage in a continent Africa, which indicates its great importance.

When you visit to Guinea, it is necessary to wander around the capital, Conakry, to get to know it and to see the various tourist attractions, especially its beaches. It is a coastal city, and also the Conakry Mosque, the National Museum, and the People’s Palace. Watch it to get to know its people, their culture and their lifestyle. 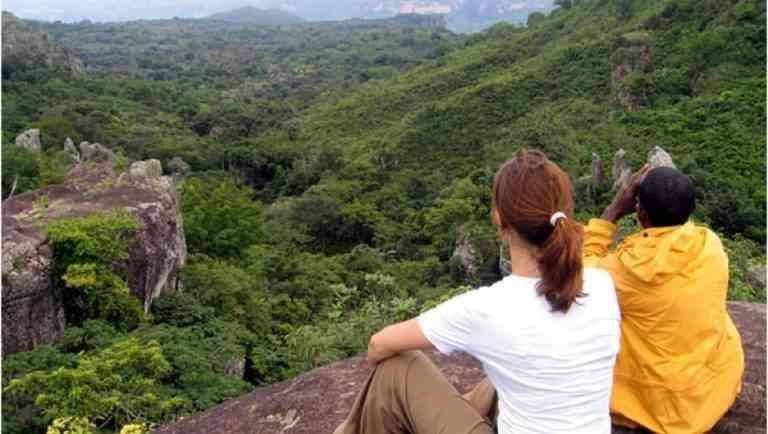 Tourist places in Guinea .. “Photagon” .. It is considered one of the most important tourist attractions in Guinea and it is a large mountainous region that rises from 1000 to 1500 meters above sea level. It is located in northern Guinea and other countries and is characterized by the presence of rivers that pass through it like the Senegal River and the Niger in the diversity of plant life. Green areas are covered, especially savannah grasses and hills covered with grasses and high waterfalls that make sounds for water that relaxes the soul and renews activity. Also, the memorial photo that is captured next to it is very amazing and birds gather around the water and give a beauty scene and it has different fruits such as bananas and mangoes due to its hot weather and precipitation. T do and live by tribes called Fulani It is worth mentioning that this region is the headquarters of the spread of Islam in Africa in the past because of the commercial caravans live by them as well as farmers and herdsmen who are also collaborators. Read: Tourism in Ethiopia .. 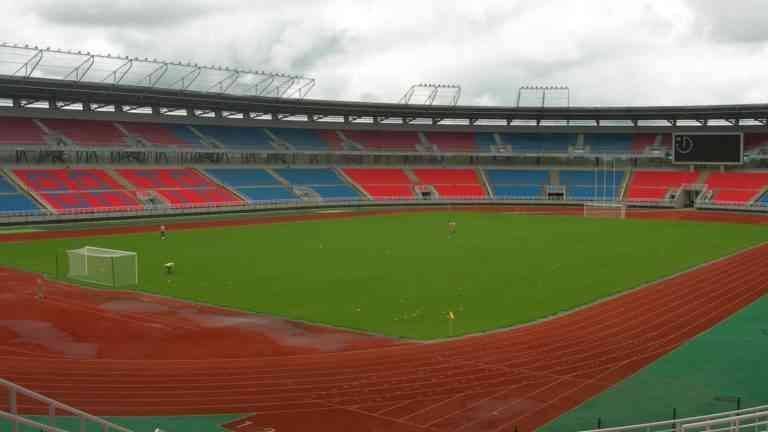 “September 28 stadium.” If you are a football fan, you should visit the September 28 stadium to attend one of the national team’s matches in it. It is the most famous stadium in Guinea. With it, you will see the love of the Guinean people for the game of football and you will see the national team of the country and how the people encourage it. The stadium was called by this name in relation to the memory of the independence vote of the Guinean people in 1958.

This region is one of the most important tourist destinations in Guinea, where you will find historical cities and ancient ruins of castles, so do not miss to take memorial photos next to these monuments, and in this region you will be able to learn about the culture, customs and traditions in Guinea as it is characterized by the presence of beautiful forests and high mountains.

We advise you to go to the Jwikidu market, as it is a popular place for tourists to buy their needs and to buy various souvenirs, especially the Guinean clothes worn by the general public and handicrafts from carpets and wood works. If you want to buy valuable gifts, the market provides you with wonderful jewelry and antiques.

Tourism in South Africa … and your comprehensive guide to spend a special trip as “the bride of Africa” ​​..