Tourism in Havana .. where the originality and heritage of the Cuban capital ..

Tourism in Havana .. guarantees you to spend a special trip in the most beautiful places and attractions that characterize the Cuban capital, and Arab travelers give you your guide to reach it.

Find out .. the most beautiful tourist places in Havana .. 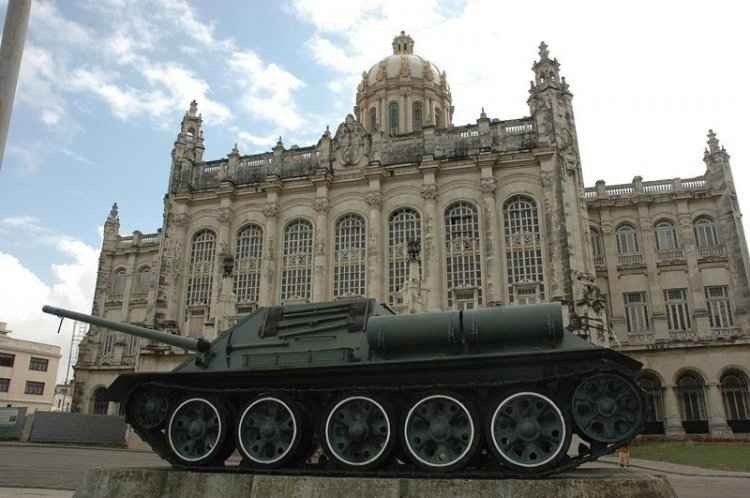 Learn about … the most beautiful tourist places in Havana..the Havana is characterized by being a tourist city of a special kind, as it is the capital of Cuba and it combines ancient and historical buildings and it also includes tourist attractions that embody the customs and traditions of the Cuban people, and its tourist destinations vary between cultural, archaeological and historical. The Cuban capital, “Havana”, has a large number of distinguished museums, which are witnessing a great turnout by visitors, including: “The Revolution” Museum: It is a wonderful building designed as it was a republican palace in the past. Then it turned into a museum and includes a statue of the founder of the Cuban revolution, the poet. José Martí, ”and he bore witness To me the events that the city went through during the revolution, and it also includes many paintings and exhibitions that show the difficult period that the city went through during the colonial period. Also read: Tourism in Cuba … Its capital is Havana

Do not miss the visit of “Old Havana” .. when traveling to Havana .. 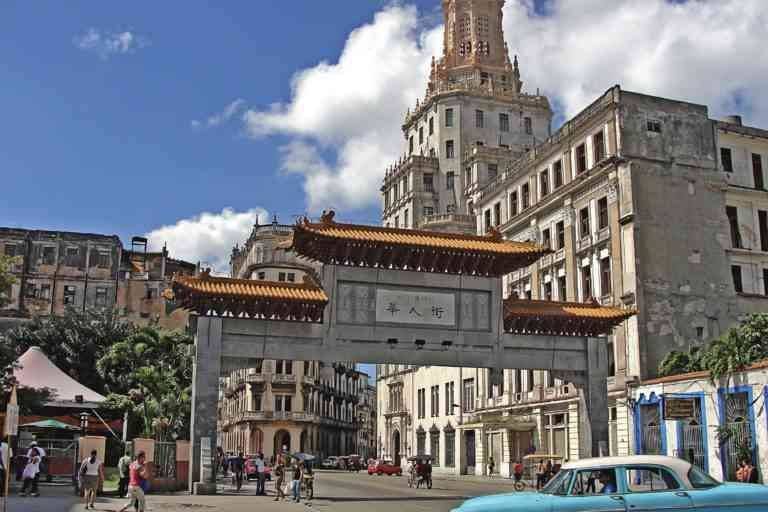 – Do not miss the visit of “Old Havana” .. when traveling to Havana..and visiting the Old Havana region is a tourist destination for all tourists when traveling to Havana, thanks to what is included in this archaeological area that is very beautiful and succeed in embodying the historical epochs that it passed through The city, the “Old Havana” area is distinguished by the annexation of old buildings built according to a high-level architectural style next to the paved streets that maintain a mythical style that expresses the culture, customs and traditions of the people of the region. The old Havana is characterized by the inclusion of historical buildings dating back more than two hundred years, and the people there In liters Father and good hospitality, and you will not regret traveling to Havana and will make it a main interface for you in South America. The region has the longest tower in Cuba and its height reaches 35 meters and there you can enjoy the most beautiful view of the entire city from the highest point, as the region has a large number of tourist attractions Which attracts thousands of tourists annually, including: “San Cristobal” cathedral, “Royal Force” castle in addition to the captain’s palace and the city’s distinguished museum.

– Go to the square “Plaza de Armas” .. one of the most important tourist places in Havana .. 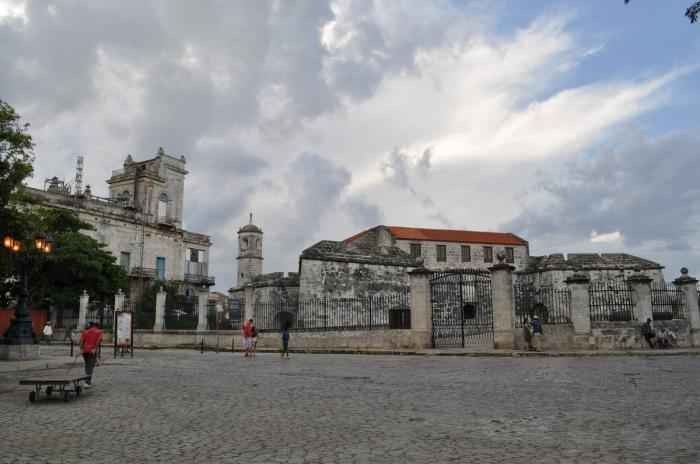 The Miramar neighborhood is one of the most popular tourist destinations in Havana. 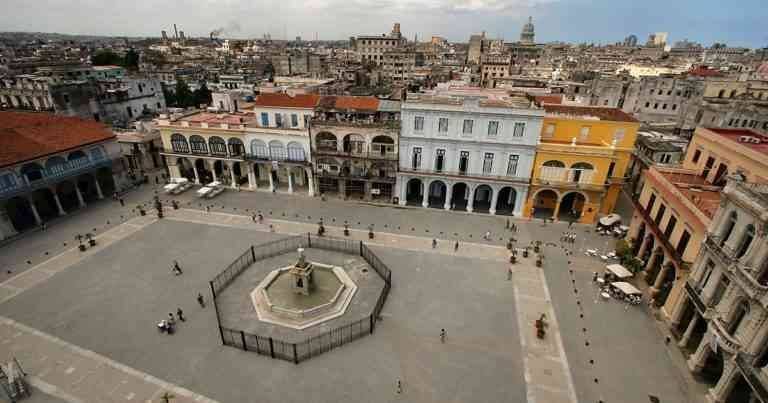 – “Miramar” neighborhood .. One of the most famous tourist places in Havana..Miramar neighborhood occupies a great tourist importance and a special place in the hearts of tourists, it is characterized by its distinctive high-end buildings and it includes many tourist attractions that vary between foreign embassies and international stores that provide international brands besides shops that provide local brands .

Saint Havana Cathedral is one of the best places of tourism in Havana. 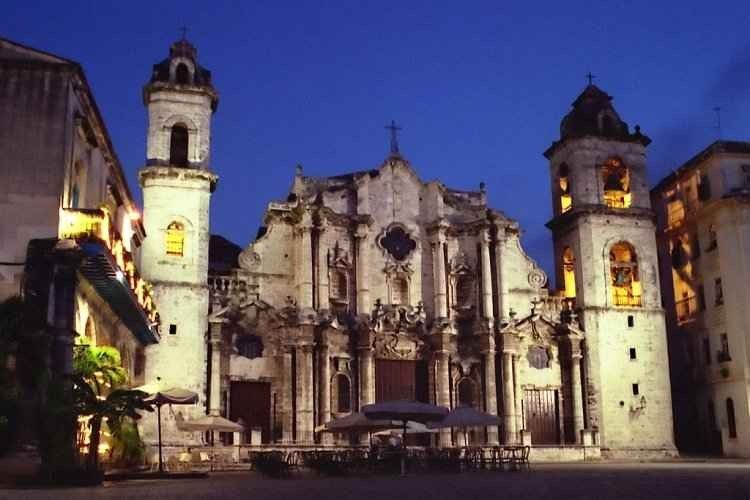 – St. Havana Cathedral .. one of the best places of tourism in Havana .. It is adorned with two large towers and its buildings are distinguished by its authenticity and originality and it preserves the traditional architectural style and is a living example of the beauty of history in Cuba, and it is considered one of the most important tourist places in Havana, and it contains bells from Gold, bronze, and silver. It also features buildings decorated with beautiful stones equipped with coral pieces to show the walls and buildings of the cathedral as a wonderful artistic painting, so it is considered one of the most prominent and ancient tourist sites in Havana. 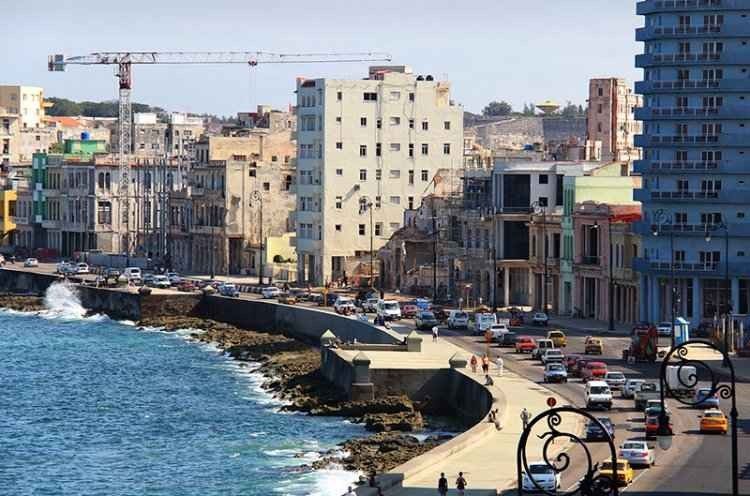 – “Malecon” .. one of the best places of tourism in Havana..and it is characterized by its beautiful natural scenery and allows many activities that tourists prefer such as fishing and watching the beauty of nature at sunset, and the area has old buildings built according to an ancient architectural style and retains its colorful colors that It sends joy and happiness in the hearts of those who see it, dating back to its creation of the twentieth century.

The Castle of the “Three Kings” .. one of the most beautiful places of tourism in Havana .. 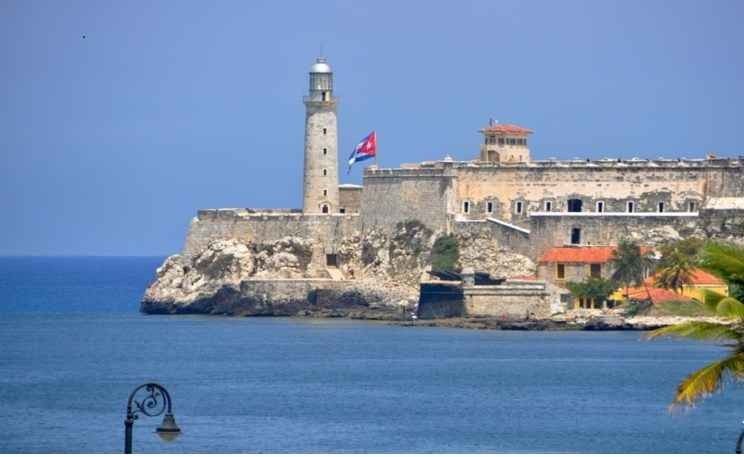 – The Castle of the “Three Kings” .. one of the most beautiful places of tourism in Havana..and the Castle of the Three Kings of “Moro” is one of the most beautiful places of tourism in Havana and it is distinguished by its historical historical buildings that dates back to the 16th century and has a distinguished and vital location near the Gulf of Havana and within The military park is there, and it is witnessing a great demand from tourists who love to discover the secrets of history and all the events that the city of Havana went through. Previously, the castle was used as a building to protect the city from pirates, and now it has become a very important tourist attraction thanks to the buildings it embodies the beauty of architecture, and by being inside Castle enjoyed watching distinctive Alphenarh which was developed to be an important attraction for tourists.

San Carlos de la Cabana Castle is one of the best places to visit in Havana. 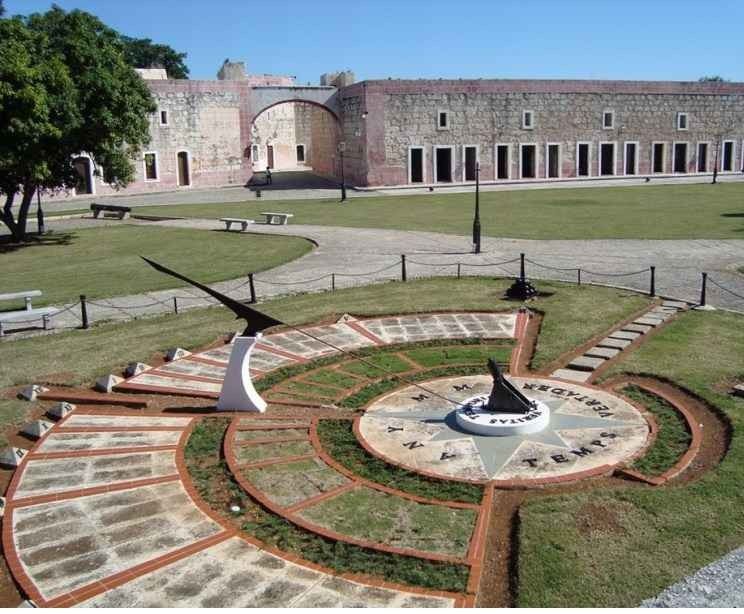 – Castle “San Carlos de la Cabana” .. the best tourist places in Havana..and occupies a vital location near the castle “La Moro” and is characterized by its large area and ancient buildings and is located in a distinctive and attractive location on top of the hill “La Cabana” where you can see the beauty of the tourist attractions from The highest point. The castle is considered one of the oldest castles at the level of South America, dating back to the year 1770 AD and was used as a military prison, and now it has become one of the most important tourist attractions in the region and includes a number of distinctive museums and comes on top: the “Commander of Che” museum and contains the Guevara office and its belongings Character and by being in the castle you can enjoy A lot of offers under the name ceremony “gun” and through leading representatives of figures associated with the nineteenth century and they revive the ceremony “shooting”.

Learn about the “National Museum”, one of the most important places of tourism in Havana .. 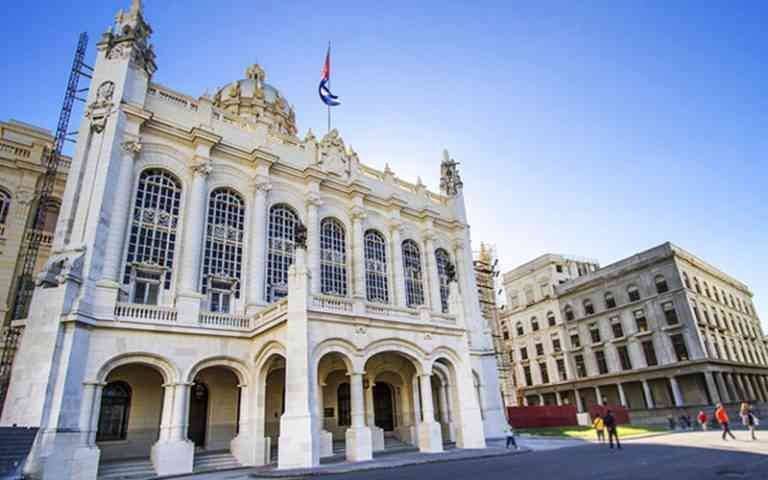 Learn about .. “The National Museum” is one of the most important places of tourism in Havana..The National Museum of Fine Arts is considered one of the most important tourist attractions in Havana and is very popular with archaeological buildings and distinctive tourist attractions, including: Asturian Palace and has a large number of works and paintings The art has more than 600 works of art for the Roman era. The museum also houses the Palace of Fine Arts of the city of Cuba and offers more publications besides the most beautiful paintings and sculptures.

– “Paseo del Prado” street .. One of the best tourist attractions in Havana .. 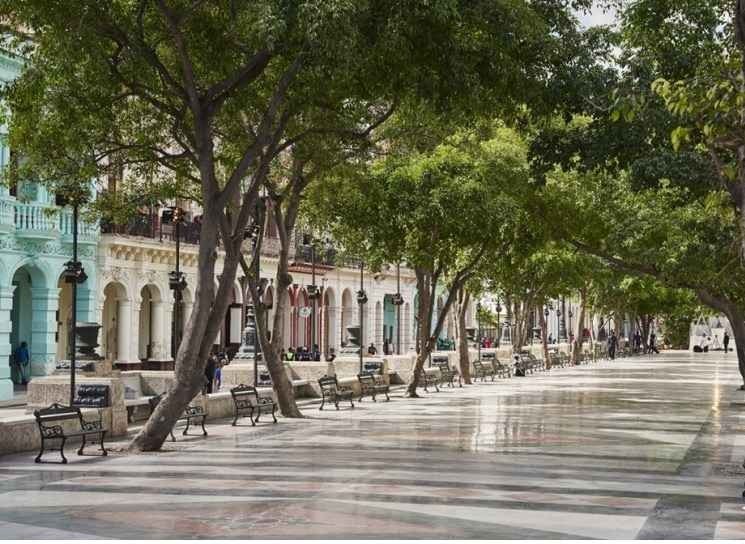 – “Paseo del Prado” street .. One of the best tourist attractions in Havana..It is one of the most important and liveliest streets in Havana thanks to its cinema halls and shops selling international and local brands alongside palaces, historical museums and many tourist attractions that attract thousands Tourists to Havana. The buildings in the street are distinguished by a fine, upscale design and the street is paved with beautiful stones and is decorated with trees on both sides and it was the seat of the rich in the past, as the street includes a distinguished group of the most luxurious hotels beside celebrity homes and the famous wedding palace in Havana. 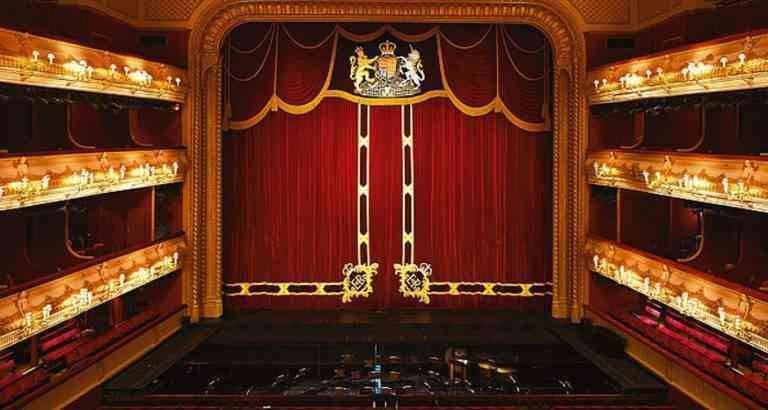 – The Grand Theater..It is one of the most beautiful and important tourist attractions in Havana and is witnessing a great crowd thanks to its fun artistic performances, as it presents distinguished ballet shows, and it is the largest theater in Cuba and has a hall for the Spanish poet “Lorca”. 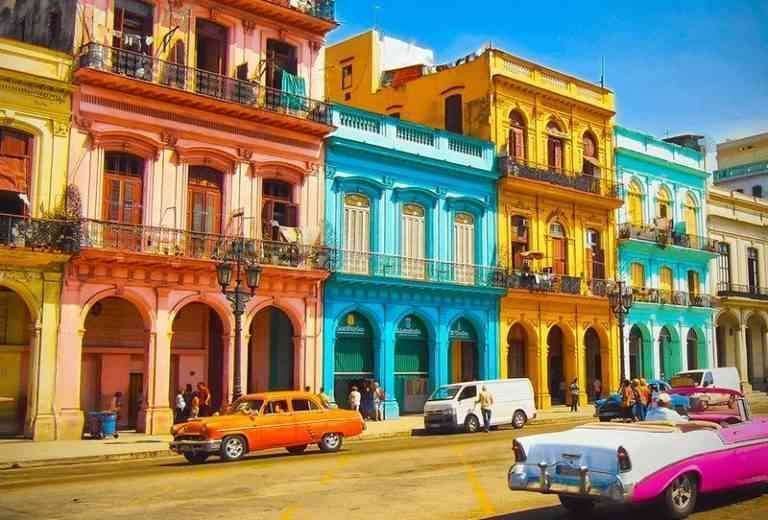 – Havana .. and the pleasure of shopping .. Havana is a suitable place for fans and shopping lovers as they find what they like of products, goods and clothes at reasonable prices, and the markets in Havana are distinguished by the diversity between the stores that offer local products and other luxury stores that display international brands as you find in Havana the largest bazaars And valuable souvenirs.

To you..The most important parks in the city of Havana .. 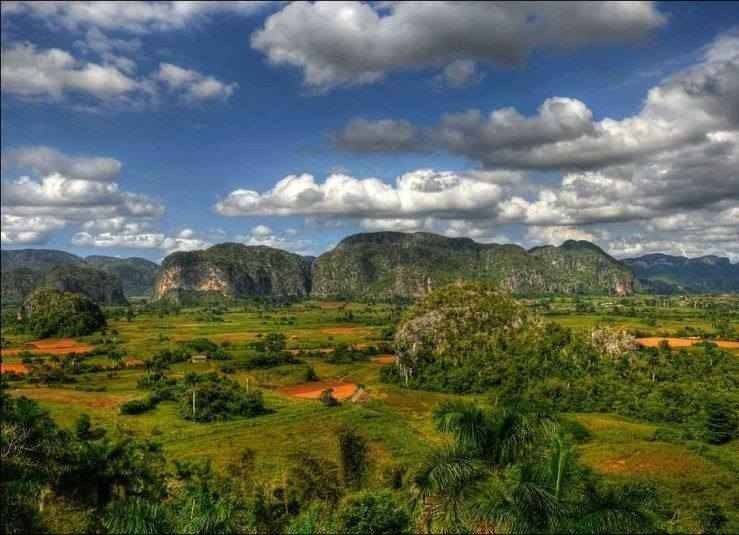 To you..the most important parks that distinguish the city of Havana..Havana has the inclusion of a distinguished group of beautiful gardens that feature scenic landscapes and succeed in attracting thousands of tourists to it and comes on top of it: Lennon Park and Havana Zoo, which includes various types of amusing animals and domestic animals where you can You feed it yourself, you also spend a special time in the national aquarium and enjoy seeing the different types of turtles there. Do not miss to visit the Botanical Garden in Havana to see dozens of species of plants, most of which are rare and the garden works to protect them from extinction, and is characterized by the picturesque nature and fun weather where you can Take the most beautiful memorial photos accompanied by beautiful plants and birds there, which is an ideal place for lovers of calm and relaxation, and the same is true for the Mother Teresa garden and there you can feel luxury and relax by lying on the grass and watching the beautiful trees scattered throughout the garden.