The best markets in San Diego

The effects of Algeria

Report on the Haram Hotel Madinah

The 6 most beautiful beaches of Cuba are worth a visit

This magnificent Cuban capital, the rich city of Havana, with all the essentials of beauty and the distinction between its enchanting nature as an island glowing with its picturesque beaches, as for historical Havana, it is one of the most wonderful contents of forts, museums, and ancient public squares, as well as legendary restaurants and the most famous ancient city of Havana It is a World Heritage Site, and many other destinations are magnificent in Cuba.

Havana Cuba enjoys a distinguished group of hotels that are distinguished by its proximity to the most important tourist attractions and archaeological attractions in the city. It also includes luxury accommodations that provide its guests with comfort and luxury. Below we will display a list of the best hotels in Havana .. Read more

The ancient city, the most important landmark of Havana, Cuba, and a UNESCO World Heritage Site, beats the charm of the past, in its elegant neoclassical buildings, and the pebbles and narrow streets you see.

Among its most prominent landmarks are a stunning military fortress, popular squares, the city museum de la Ciudad, as well as the Cathedral of Saint Cristobal, and many others, after saturating your eyes with the beauty and elegance of architecture, climbing the 35-meter tower to get a breathtaking view of this jewel of various ages , And finally head over to the mouthwatering seafood restaurant.

Read:The 6 most beautiful beaches of Cuba are worth a visit 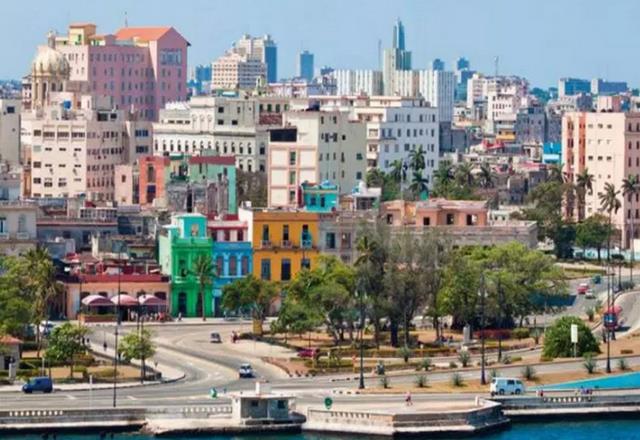 Strolling along the Malecon Boardwalk at sunset with a breathtaking view is the most beautiful way to enjoy the beauty of the amazing city of Havana, Cuba. It is an opportunity to discover more of its attractions along the road. The famous waterfront street in Havana is near the ancient city of Havana. 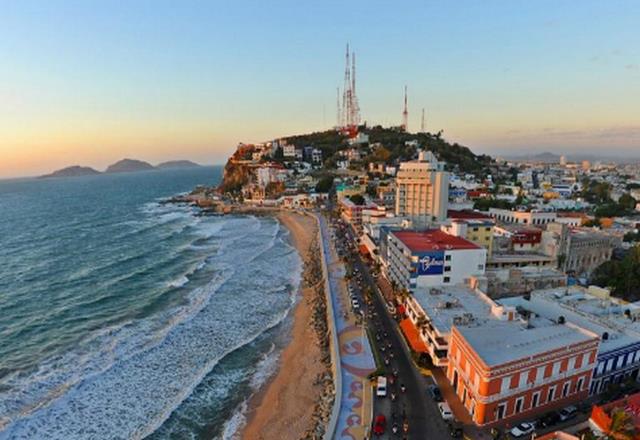 The Botanical Garden of Cuba

One of the most beautiful possessions of the island of Havana, which is located in the south on an area of ​​1500 acres of amazing plant wonders from all over the world, and this garden is considered a popular recreational area.

You will take a guided tour of the botanical garden with guides on a train that travels the park for two hours, and upon reaching the Japanese garden it will spend half an hour to enjoy the water pond, waterfalls, and 3,500 species of Caribbean plants that are indigenous to Cuba. 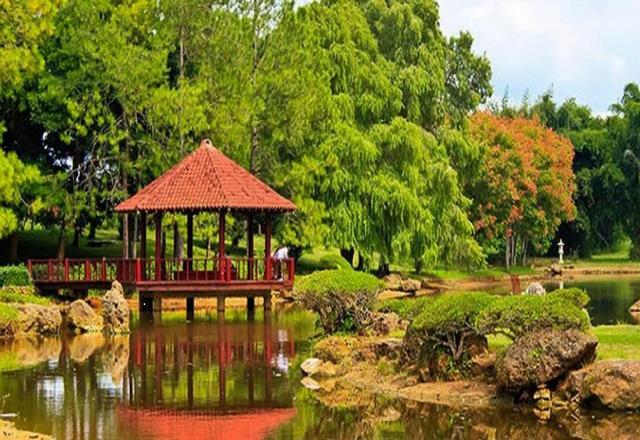 Revolution Square or Plaza de la Revolucion is one of the best tourist attractions in Havana and deserves a stop because of its historical importance. It was once a square that gathered more than a million people to hear Castro’s sermons.

Read:Where is Cuba located and what are the distances between Cuban cities

Overlooking the square is the Jose Marti monument which overlooks a 109-meter-tall gray tower and a white marble statue of the Cuban national hero. 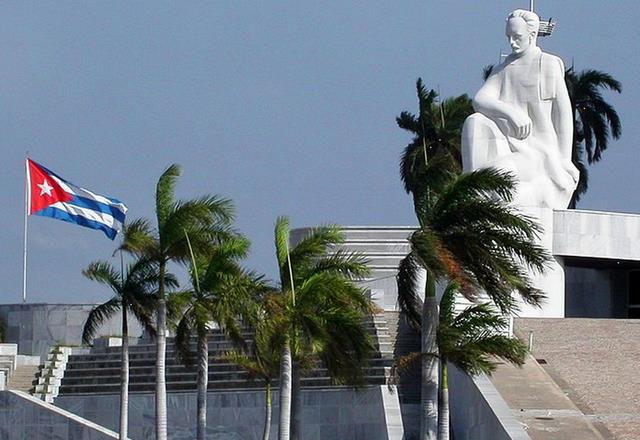 One of the largest opera houses in the world and one of the best tourist attractions in Havana Cuba, this magnificent theater with a stunning architectural design featuring four impressive statues built in 1915, which gives you the opportunity to attend one of the shows in an unforgettable experience.

Throughout the ages, Gran Teatro has hosted a variety of performances by famous artists in the world. Now this theater has become the home of the ballet and the national opera, you will receive an intense dose of fine art in this ancient theater. 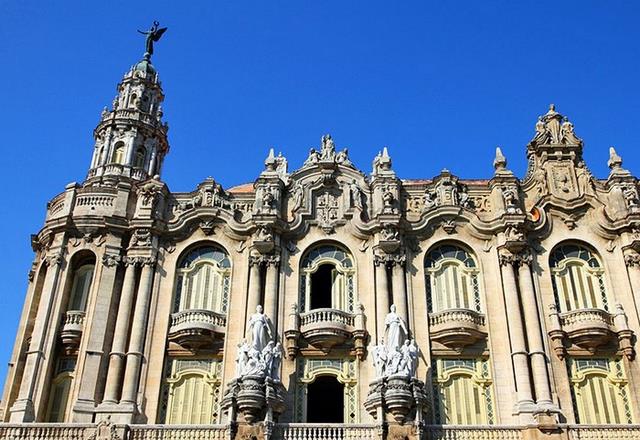 Castle of the Three Kings at Morrow

This ancient fortress stands at the entrance to the Gulf of Havana on the island of Khelabu, and its construction dates back to the late sixteenth century to early seventeenth century.

The building maintains its old shape, with the exception of its lighthouse, which was destroyed and built several times. It was constructed of solid stone, and this lighthouse is lit with its original lamp. This fort is also an attractive attraction for tourists in Havana, Cuba. Do not miss to visit and enjoy beautiful views of the ocean and parts of the city of Havana. The higher areas and towers within this castle. 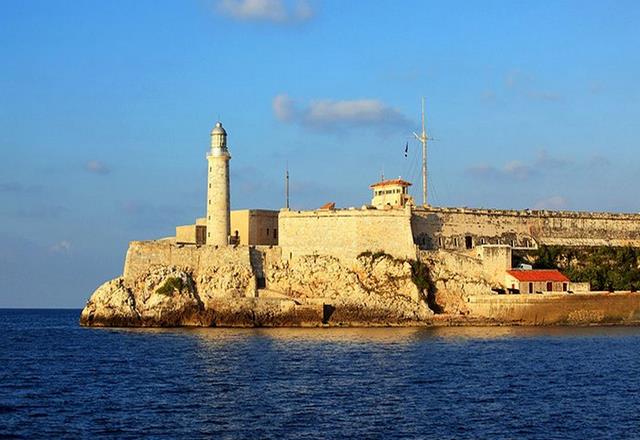 Among the most famous landmarks in Havana Cuba that you can see from anywhere in the city, it features a wonderful design and a huge dome in a unique mix between classic style and modern art and it was the tallest building in Havana, and includes the third largest internal statue in the world is the statue of the Republic.

It was the seat of government until 1959 after the Cuban Revolution, and now it is home to the Cuban Academy of Sciences, and is one of the most famous and attractive attractions for Havana for tourists as it somewhat resembles the American Capitol building, but it is not identical to it, the Cuban Capitol includes the National Library of Science and Technology, and it is surrounded by Gardens with great view. 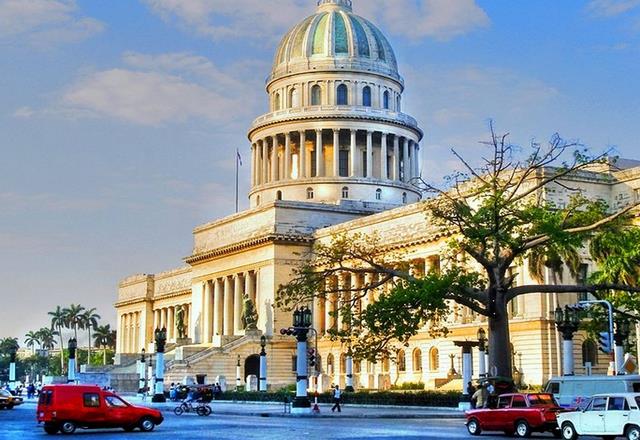 Which is one of the most beautiful beaches of Havana Cuba and a famous tourist spot, it is located close to the city center, and along the coastline full of palm trees, and stunning views between turquoise waters and fine white sand.

It provides all tourist facilities such as water sports facilities that allow you to enjoy swimming, surfing, and boats that take you on a quiet water tour. It also includes various restaurants and snack bars, cafes overlooking the sea, in addition to a group of distinguished hotels. 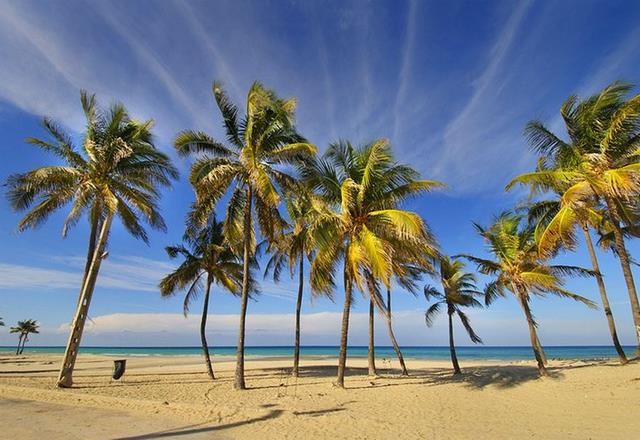 The National Museum of Fine Arts, which is one of the most luxurious places in the city, gives art-loving tourists a great opportunity to taste Cuban art in its various forms.

As it includes more than 600 artworks from ancient art, from the Egyptian era to the Romen era, you can enjoy a distinguished collection of the museum’s rare collections of exquisite paintings, prints, and unique marble sculptures, you will be blessed with a tour that will take you into the history and art of this charming city. 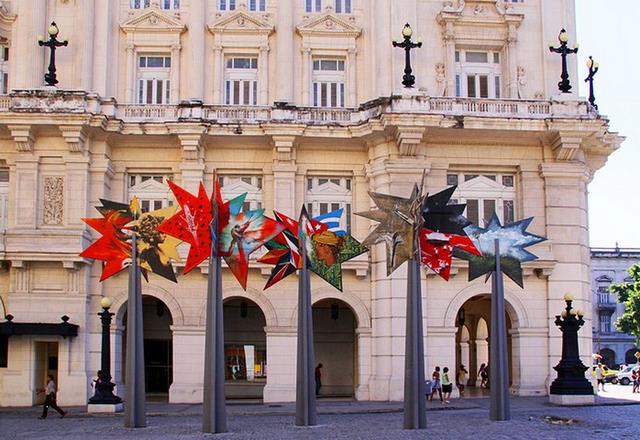 The 6 most beautiful beaches of Cuba are worth a visit

Tourist places in Zurich for children .. Ensure for your children to spend the best outing in Zurich ..

The 4 best Moroccan restaurants in Rabat

6 of the most recommended Bihac hotels in Bosnia 2022

The best romantic destinations this summer

The oldest heritage places in Marrakech

Report on the Marmara Hotel Antalya