You should visit Canyon Lands National Park in America

Report on the Bayers Hotel Munich

Heidelberg is considered one of the most beautiful German cities, because of its charming view of the banks of the river. Four million tourists visit the city every year, due to its many tourist attractions, divided into archaeological and historical monuments, along with many entertainment destinations and various wonderful places of food.

Main road and old town Hauptstrasse and the Altstadt

The main road is one of the most beautiful tourist destinations in Heidelberg, allowing you to discover a large part of the city in a short time. It branches into a number of corridors and narrow streets, full of medieval architecture, next to ancient churches, shops, cafes, and restaurants. The Church of the Holy Spirit dating back to the fifteenth century, and the building of the house of the Knight of the Renaissance, is one of the highlights of the ancient city. 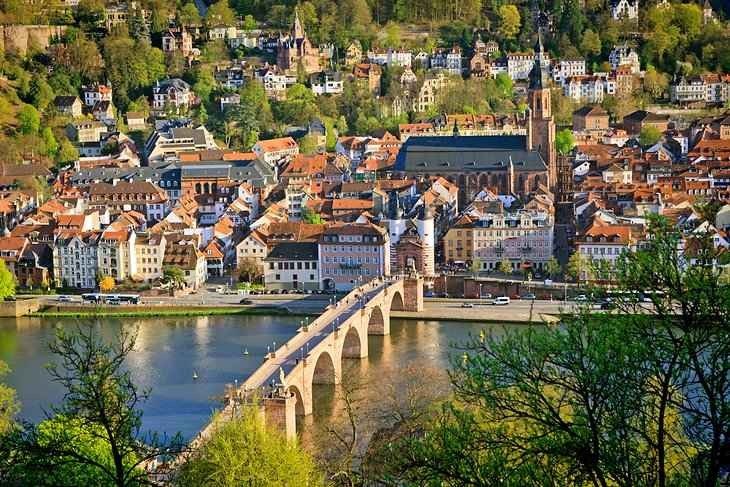 One of the most important places of tourism in Heidelberg can be reached by railway across the mountain from the grain market, or by foot from the old town, and it takes fifteen minutes. It was founded by the red sandstone nicar, on a hill above the city a hundred five Ninety kilometers. It is the best example of German Renaissance architecture, during the sixteenth century. The Heidelberg castle square has many festivals and celebrations. In addition to theatrical performances, and fireworks shows. 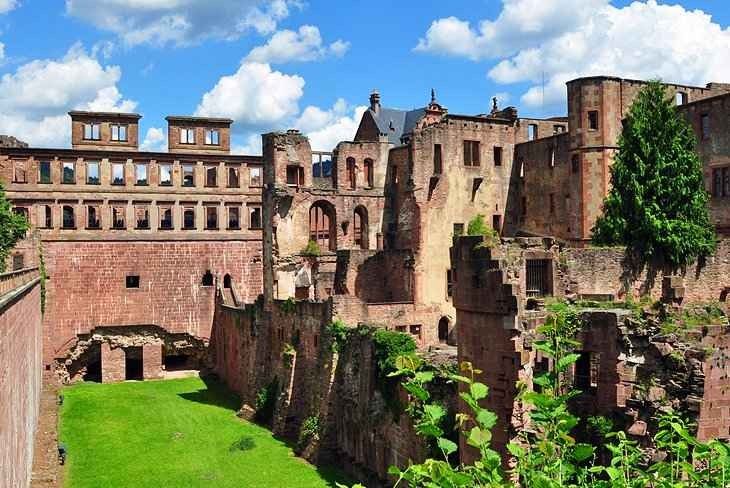 One of the places to visit when traveling to Heidelberg was established in 1711 and is one of the oldest universities in Germany. One of the highlights of its library is the most important of the manic manuscript, which dates back to the fourteenth century and includes a collection of songs belonging to the Middle Ages. There is also a 15th-century dining room building and a private university church. 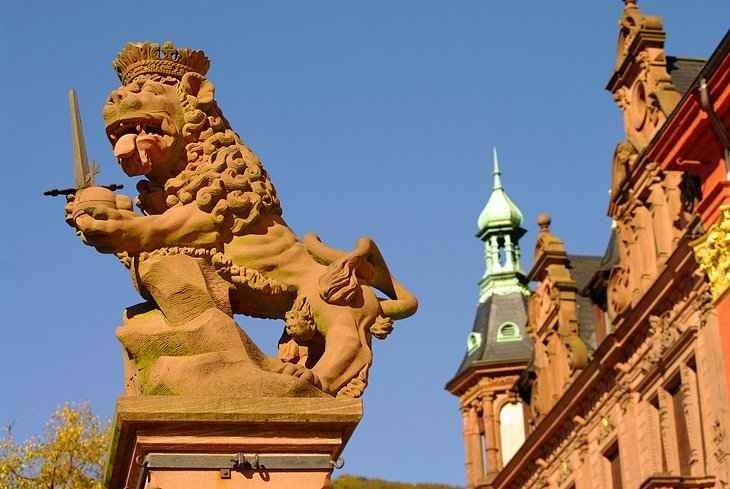 One of the best places to visit Heidelberg is the Karl Theodor Bridge, or better known as the Old Bridge. It is mentioned in many poems, and ancient drawings due to its association with romance due to its charming location; it was built of stone nicar, and extends to combine the two parts of the city, and contains many distinctive sculptures. That name was named after the man who designed and built a number of stone arches that accentuate the beauty of the bridge, rather than its wooden counterpart. The Karl Theodore Bridge is a great destination to discover the beauty of the city, enjoy the perfect atmosphere, and take some stunning memorial photos especially at sunset. 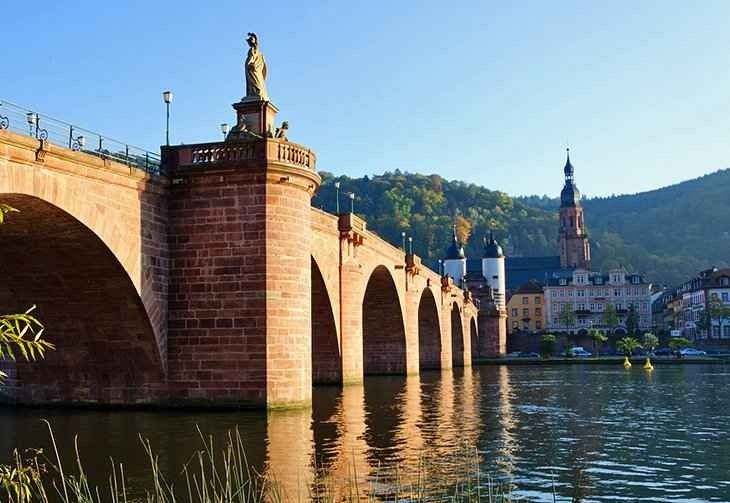 The Philosophers’ Walk is another destination of Heidelberg that allows you to discover many aspects of the city. It is located to the north of the Carl Theodore Bridge, and it runs along the Saints Mountain. It was called by that name, where many university philosophers wandered in the past. On the promenade, you will find many historical and archaeological sites, the most prominent of which is the eleventh-century St. Michael Monastery, and one of the most prominent tourist sites in Heidelberg. Next to it is Sjestat, a runway from the Nazi era. If you climb up the hill, you will find a collection of archaeological remains from the 14th century Celtic fortress. 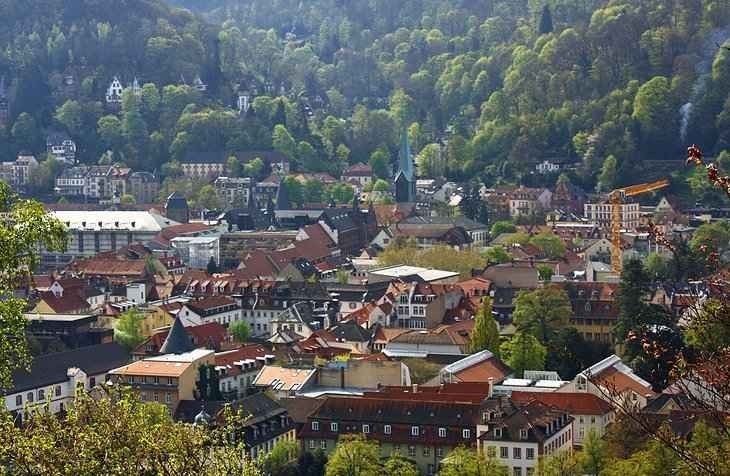 The seat of the king is a destination that must be visited when traveling to Heidelberg is located; seven kilometers east of the city, and is a hill at an altitude of five hundred sixty seven kilometers from the surface of the earth. You can enjoy a charming and picturesque landscape through it, extending up to the Rhine Valley. It can be reached by Heidelberg mountain railway, the same railway that allows you to reach the castle. One of the tourist places in Heidelberg that allows you to explore the German countryside, and is also an ideal destination to relax and enjoy the tranquility. 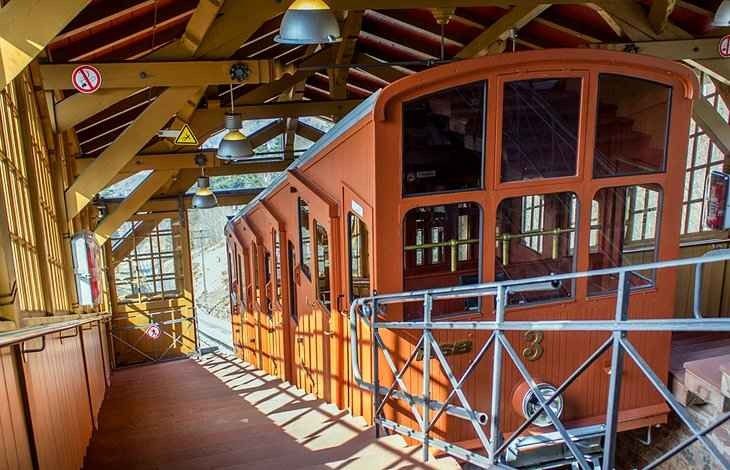 One of the best tourist attractions in Heidelberg is twelve kilometers west of the city, and it was established as a summer site for the entourage of the Royal Court. Today it is used to hold many concerts, due to its wonderful garden. It stretches over an area of ​​one hundred and eighty acres, and includes a number of buildings that were established in the eighteenth century. Including a roku theater and a mosque. 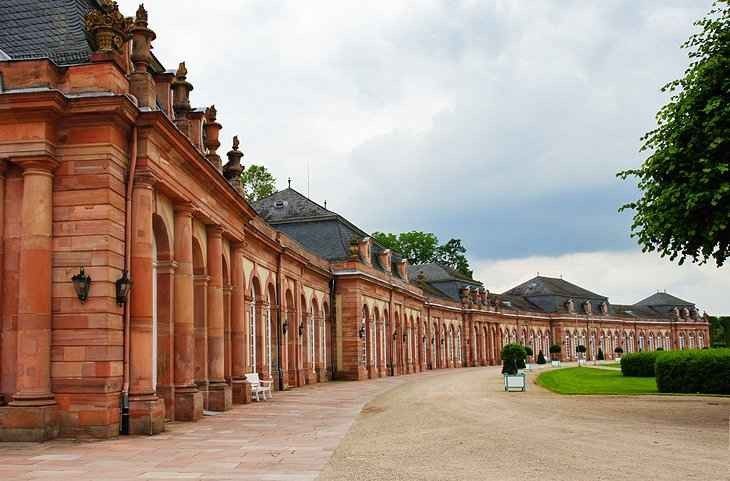 One of the top tourist destinations in Heidelberg that is definitely worth a visit, especially if you are traveling with your children. It contains a thousand and one hundred animals, of two hundred and fifty different species. Because it belongs to the European Species Conservation Program and the West African Animal Conservation Program; it includes a number of endangered animals. You can head to the Botanical Garden, a tourist attraction in Heidelberg suitable for children, nature lovers Then. It was founded in 1958 and is considered one of the largest and oldest botanical gardens in Germany. 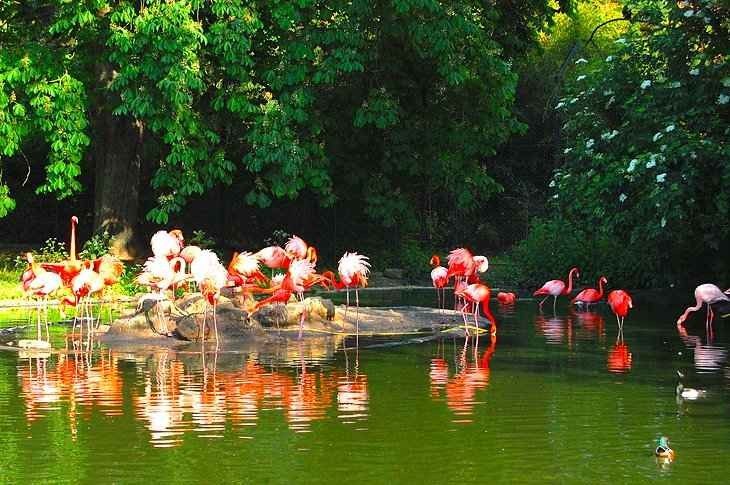 It is located in Heidelberg Castle, and covers the history of German pharmacy between the eighteenth and nineteenth centuries. It is located among the most important tourist places in Heidelberg, where it displays a set of machines and tools used by pharmacists starting from the Baroque era. In addition to manuscripts, books, and pharmacy symbols, this makes it a unique destination to spend an hour or two. Tours are available during normal business hours, and beyond. 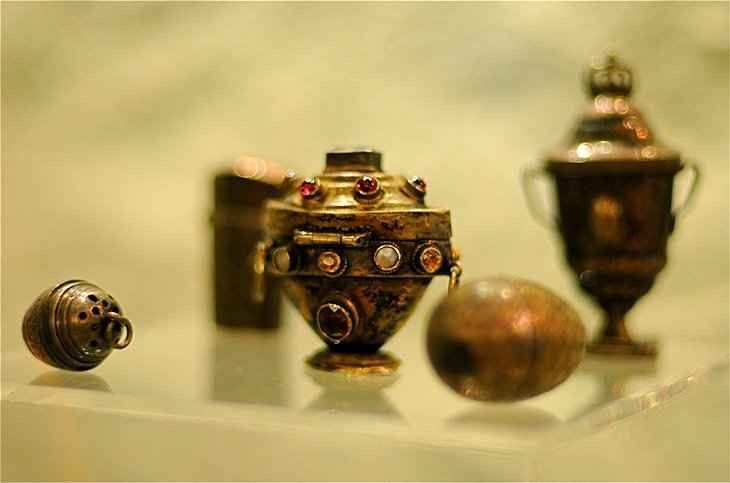 One of Heidelberg’s favorite attractions for history lovers, founded in the late 1870s and displays a collection that includes the structure of the lower jaw, for the man who lived in the region five hundred thousand years ago. He also exhibits a range of applied arts, such as ceramics, glassware, coins, and medals. In addition to a number of sculptures dating back to the twelfth and twentieth centuries. 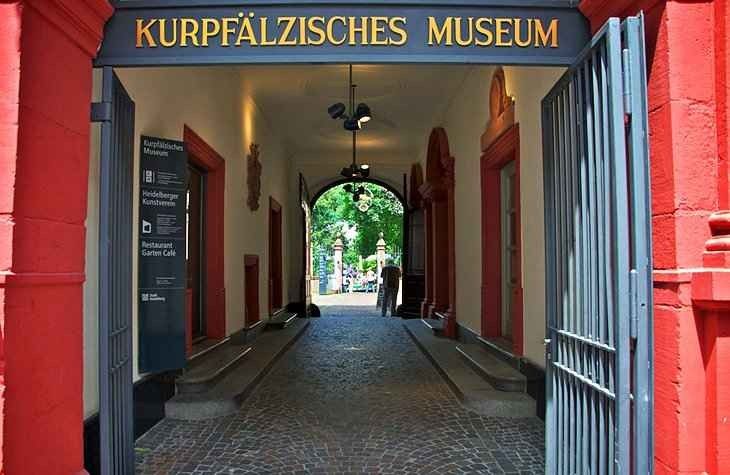 The most beautiful tourist destinations in Croatia

The 4 best cheap hotels in Dubai for families 2022

Report on the Rome Marriott Hotel

Report on the advantages and disadvantages of Ibn Battuta Hotel Dubai

The most important tourist attractions in the Sultanate of Oman

Who built the city of Kairouan?

Report on the Aspen Istanbul Hotel