Hungary or Hungary are the names of one country that is considered one of the most beautiful travel destinations around the world, and Hungary is a European country located on the Danube between Austria and Romania.

Although Hungary is a country that has no access to the sea, it has a magical nature that makes it attract tourists from different countries of the world, in addition to its richness in the historical landmarks.

Before traveling to Hungary

Hungary or Hungary is one of the countries that apply the Schengen system, as is the case with most of the European Union countries. You can refer to the Hungarian embassy in your country to request it, and it authorizes you to visit Hungary for a maximum of 90 days.

The official currency is Hungarian forint, and for the official language in Hungary, it is the Hungarian language. You can easily find English speakers.

The costs of tourism in Hungary are largely reasonable and this includes accommodations, markets and even dining options, and we advise you if you intend to travel to Hungary to avoid this in the tourist season where the prices are low and the atmosphere is beautiful, especially in the spring or autumn.

The best seasons of tourism in Hungary are the spring and autumn seasons, during which the climate of the country of Hungary ranges between the wet continental climate and the oceanic climate, allowing tourists to have fun and explore this charming country, as Hungary has a unique and varied tourism.

When the spring comes to the door, announcing that the most beautiful change in everything, whether in the climate or its charming nature, will begin, starting from early March to late May.

As for the summer season, starting from June to the end of August, the country witnesses a long sunny summer with a slight drizzle of rain.

The fall season, which starts in September to November, is characterized by cold breezes with light raindrops that increase the magnificence of the weather.

As for the lovers of snow and cold weather, Hungary provides them with a distinctive winter tourism that starts from the dawn of December until the end of February.

How long you can stay in Hungary

You can stay in this wonderful country for up to 90 days when you obtain a Hungarian tourist visa.

Now we will tour together the rich country with a tourist program in Hungary, among a group of its most beautiful tourist cities.

Let us now know the most beautiful tourist destinations in Hungary, namely:

The capital Budapest is one of the most important tourist destinations in Hungary as it embraces many ancient historical monuments. The Danube River divides the city into two parts, which are Buda on the West Bank and Best on the East Bank of the river and many wonderful bridges connect them.

The most important tourist places in Hungary Budapest

On this tab we present to you our loved ones the most important places of tourism in Hungary Budapest that are worth visiting and advise you .. Read more 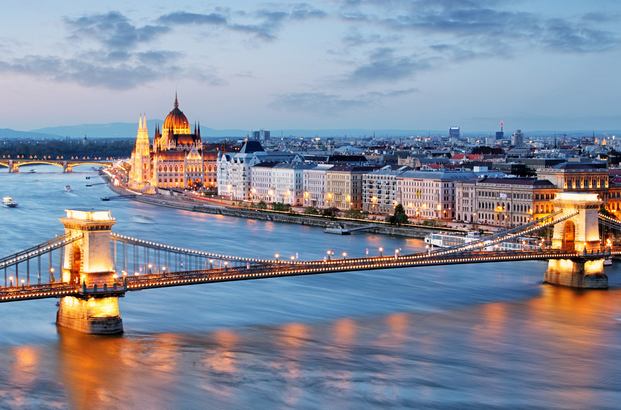 Debrecen is the city of culture and history, which is the second most important city after the capital Budapest, and it is the capital of the northern plain in Hungary. It is considered a healing center in charming nature, possessing large green spaces with wonderful colors of nature, in addition to the tourist attractions and amazing historical attractions.

This city has many interesting aspects of tourism, so the listed church dating back to the 19th century is located in the main square of the city, and it includes theaters that offer arts of all kinds, as for its churches and museums, it provides the best picture of the civilizations that passed through the city of Debrecen, also includes various shopping centers, and others Many tourist places in Hungary Debrecen.

The proposed duration to visit places of tourism in Hungary is the city of Debrecen is 4 days. 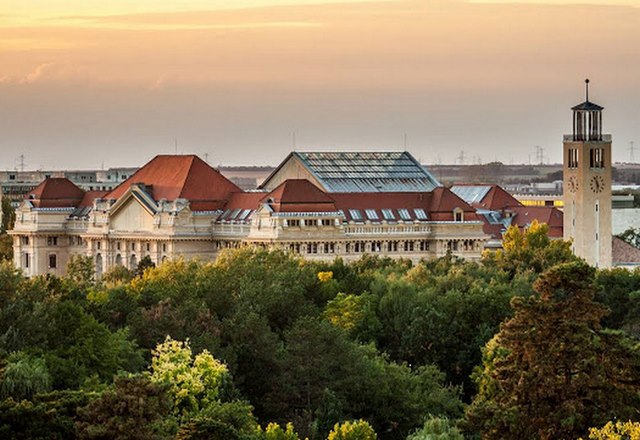 Azturgum is a small city in Hungary that remained the capital of Hungary between the 10th and 13th centuries, and is considered one of the most important tourist cities in Hungary and its historical face.

It is one of the oldest cities that enjoy great richness in ancient historical monuments. Perhaps the most famous of them is the Church of Aztrogum, the largest church in Hungary, located on the Danube River, the viewer can see it from a distance of several kilometers. It also includes the lake with wonderful views, the Donna Eboli National Park, and many tourist attractions In this charming city.

The proposed duration of visit to places of tourism in Hungary is Aztorgum, which is two days. 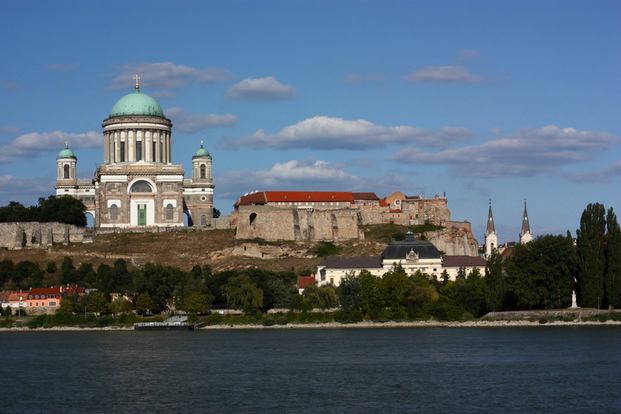 Tourism in the karst

Which is located in northern Hungary and is famous for the large number of caves listed on the World Heritage sites, and is one of the most famous tourist places in Hungary, as it includes Aggtelek National Park, which has more than 700 caves.

It also has the advantage that each cave has its own natural properties. The Peace Cave, for example, is intended by many for the purposes of treating asthma, breathing problems, and others.

The proposed duration of visit to tourist places in Hungary is the Karst region, one day. 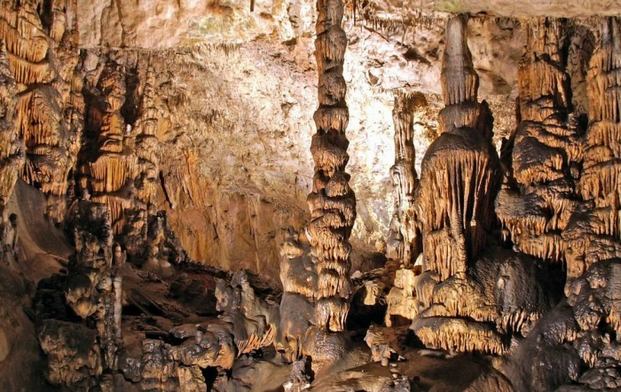 Lake Balaton is a lake south of Budapest, one of the largest lakes in Central Europe, characterized by its fresh water and the charming nature surrounding it.

It is one of the most beautiful places of tourism in Hungary and attracts a lot of tourists, as it is surrounded by places of hiking and entertainment, and fun sea trips pass through it.

The proposed duration to visit places of tourism in Hungary Lake Balaton is one day. 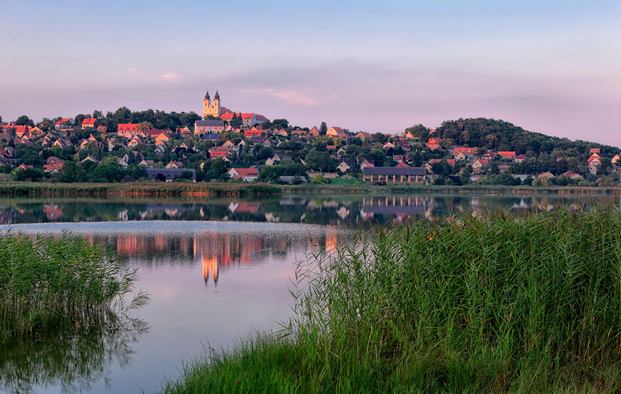 Tourism in will find

The third largest tourist city of Hungary, which includes one of the most distinguished universities, is the University of Saijd. The famous Sijd Festival, which takes place at the beginning of the summer since 1931, is one of the attractive activities for tourism in Sijd that are visited by tourists from all countries of the world.

As for a view, the witch will find, you will find yourself on the banks of the river and surrounded by monuments and historical sites with unique architectural designs, including the Mora Museum, the National Mosque of Sijd, and a memorial house in Saga Clozai, in addition to the water tower, Cidade Cathedral in Dome Square, and many parks of breathtaking nature, With this, Yamun has combined the beauty of nature with heritage and civilization, so that he will find the wonderful one.

The proposed duration of visit to places of tourism in Hungary is to find 3 days. 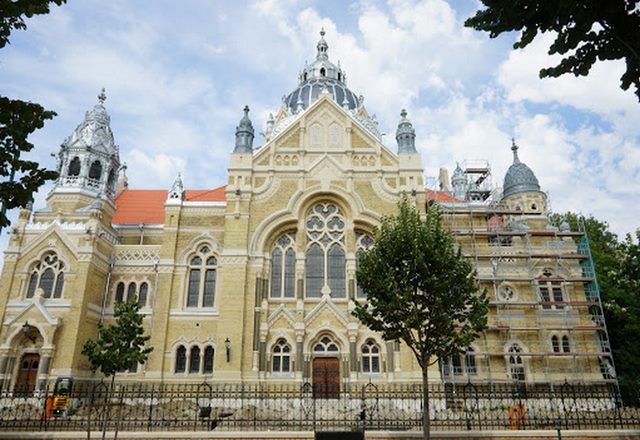 One of Hungary’s oldest tourist cities, established by the Romans and preserving its original form throughout the ages, the city of Pécs is famous for its stunning architectural monuments, and it also has a charming nature of lakes and mountains covered in greenery.

The mosque of Ghazi Pasha Qassem, which has a dome dating back to the 16th century, includes the Grand National Theater, and the museums that contain around it holdings of the country’s ancient heritage, in addition to the arenas filled with ancient Baroque buildings, castles, monumental churches, and many others that you will discover during your tour. rave.

The proposed duration of visit to places of tourism in Hungary, Pécs, is 3 days. 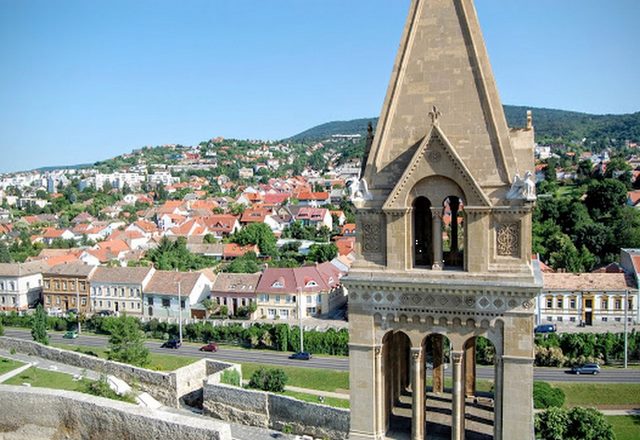