Indonesia has a Muslim majority that exceeds 80% of the total population, but it hosts some other religions. The Indonesian people are very friendly, and the Indonesian cuisine is distinguished for its spices and flavors, so do not provide an opportunity to try some dishes there.

With regard to the language spoken in the cities of Indonesia, the majority of its inhabitants speak several languages, the first being the Indonesian language, which is the mother language of course, followed by the Arabic and English languages, so Arab tourists find no difficulty in communicating with the population when traveling to Indonesia.

Tourism options abound in Indonesia and are dominated by marine tourism, where sandy beaches are popular destinations for most tourists in Indonesia, as it includes many charming natural places such as waterfalls, lakes, etc. in addition to many ancient temples and historical buildings.

But if we talk about the entertainment places in Indonesia, they are very many, and you will find water parks, safari gardens, and entertainment cities in addition to the wonderful markets that the tourist does not tire of visiting when traveling to Indonesia.

But before we get to know the best tourist areas in Indonesia, let us talk about the best times to visit the cities of Indonesia:

What are the seasons to visit the cities of Indonesia?

It is very important for every tourist to familiarize yourself with the general weather conditions throughout the year for the country that he intends to go to for tourism, in order to avoid bad weather that might spoil the pleasure of the trip.

Therefore, dear tourist, when planning for tourism in Indonesia, you have to know what are the appropriate times to visit, do not worry, we will inform you of this information:

The weather in Indonesia is generally warm, with an average temperature of 28 degrees Celsius throughout the year, and the weather in it is divided into two main seasons: the dry season and the wet or rainy season.

The dry season in most parts of Indonesia starts from May to September, while the wet season starts from October to April.

We advise you, dear tourist, to visit Indonesia during the dry season, in order to enjoy more the beauty of Indonesia, and if there is rain, it does not remain continuous, as in the rainy season, in which floods often occur.

First of all, you must know, dear tourist, that the Indonesia visa has been canceled recently for Saudi Arabia and more than 70 other countries, so you only have to have a valid passport to enter the country.

Among the factors that affect determining the cost of travel to Indonesia, hotels where prices vary according to the tourist seasons and their locations in the islands of Indonesia, as well as their classification and level of services

Transport also has a big role. Generally, movement within cities is preferable to be by taxi, as is the matter from the airport to the hotel. If you want to move from one city to another, this varies according to its distance from each other. For example, your move from Bali to Jakarta will definitely require a plane.

The dining options in Indonesia are unlimited so you can find restaurants that offer oriental and Arabic foods, including western ones. Of course, you will find many traditional Thai restaurants, as for the prices, they are very suitable and depend on the level of service

Finally, the markets in Indonesia are diverse, even though they are popular, so you may find there you like antiques and handicrafts, and do not forget also that there are many modern commercial complexes there.

Let us now know the best tourist cities in Indonesia and the most important islands of Indonesia:

Jakarta is located on the northwest coast of the island of Java, one of the most important islands of Indonesia and is considered the most populated in this island.

The capital, Jakarta, is a major destination when traveling to Indonesia. In addition to being the capital of the country, it includes many landmarks and places of tourism in Indonesia that attract tourists, the most important of which is the National Museum of Indonesia and theme parks and others.

The most important tourist areas in Indonesia Jakarta

To get to know the most beautiful areas of tourism in Indonesia Jakarta, through the following article, in which we talk about the most famous tourist places in Indonesia that attract tourists to the Indonesian capital … Read more 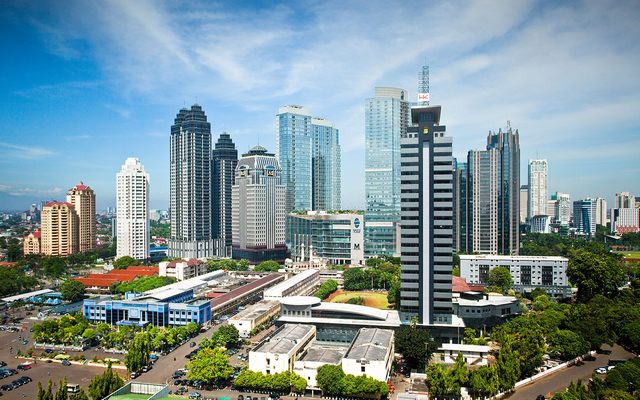 Tourism on the island of Bali

Bali attracts thousands of tourists as it is considered one of the most beautiful islands of Indonesia, tourism and even in the world, the island provides wide options for recreation and enjoy the beauty of the green nature that embraces it along with its sandy beaches

Bali Island is about two hours away from Jakarta by plane, and it is one of the tourist places in Indonesia with distinction due to the large number of recreational activities that it provides, whether in the beaches or lakes, including diving, swimming, fishing, etc. It also includes the largest entertainment cities in Indonesia.

As for the best time to visit the Indonesian islands of Bali, it is between May and July, when temperatures are moderate 28 degrees Celsius

The most important tourist places in the islands of Bali Bali

You can learn about the best places of tourism in Indonesia Bali in this article, which includes the most famous landmarks of the island and recreational places that attract tourists from all over the world … Read more 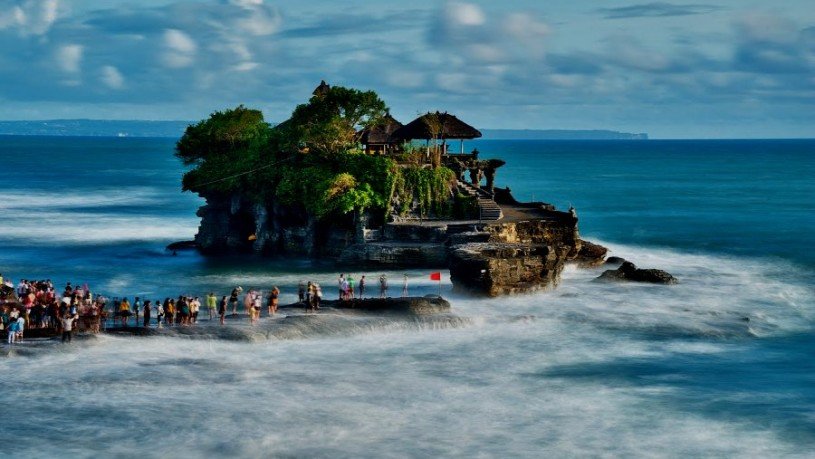 Bandung is the capital of West Java province in Indonesia and is the third largest city in Indonesia. This city is surrounded by a group of volcanoes and tea plantations. Do not miss the visit of Bandung when traveling to Indonesia.

Bandung is one of the best tourist places in Indonesia, and it is famous for its hot sulfur and volcanic springs found in both Cheatr and Chibodi, and tea and strawberry plantations abound in it abundantly.

The most important tourist places in Indonesia Bandung

We have gathered here for you the best tourist places in Indonesia Bandung include natural attractions such as waterfalls, lakes and parks in addition to recreational places and others … Read more 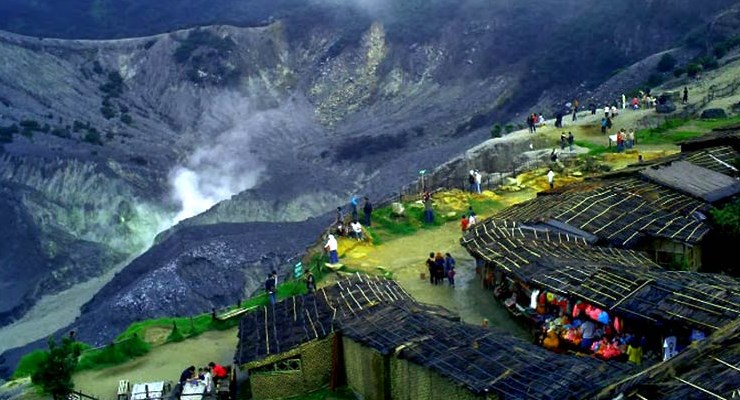 One of the most important tourist destinations in Indonesia, Puncak is located south of Jakarta and is about two hours away from it by car. Puncak is characterized by its moderate atmosphere, pure air and picturesque nature, spreading tea plantations over large areas

Puncak is one of the best cities in Indonesia, which attracts tourists from all over the world, including Arab tourists. It has become very popular among Arabs. Do not miss her when traveling to Indonesia.

The most important places of tourism in Indonesia Puncak 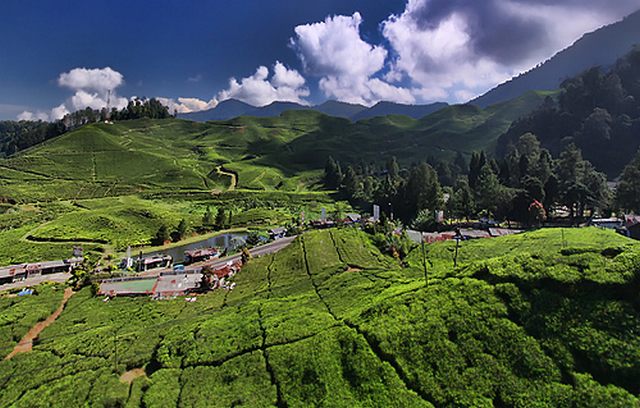 Lombok island, one of the most beautiful islands of Indonesia, tourism, it has a natural beauty that captures the heart, this island is about two hours from Jakarta, the capital

Lombok island includes the most beautiful golden beaches in addition to the green nature of mountains and forests, as it abounds in many distinctive resorts and hotels, and there are many recreational activities, most of which are linked to the beach, such as surfing, diving, etc.

The most important tourist places in Indonesia, Lombok 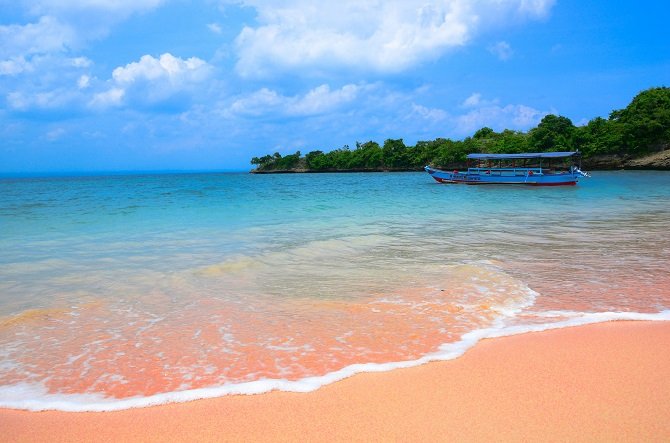 Articles you may also be interested in in Indonesia: