Tourism in Ingushetia … the Islamic state in Russia

The Republic of Ingushetia is the smallest region under the jurisdiction of Russia. It is located between Chechnya, Georgia, and most of its population belongs to Chechen citizenship, and only four percent of Russians are also famous for increasing childbearing rates, as it is considered one of the most populated regions of Russia. The Republic of Ingushetia is characterized by a charming nature of mountains, green spaces. It also has a long history, where it was subject to Islamic rule in the past.

Tourism in Ingushetia: charming nature and a rich history

Islamic history in the Republic of Ingushetia

Christianity was the dominant religion in the Medieval Republic of Ingushetia, due to the rule of Georgia. Evidence of this is the existence of an ancient stone church in Ingushetia dating back to the Middle Ages, which includes a rock tower, and windows bearing the forms of a cross. Islam began in the eastern Caucasus, and from there it was moved to Ingushetia between the seventeenth and nineteenth centuries. Most residents of the Republic of Ingushetia today condemn Sunni Islam, and it is the predominant religion in the country, and this appears in the culture, customs and traditions, and this is considered one of the advantages of tourism in Ingushetia for Arab travelers. Read also: Tourism in Dagestan .. a charming nature breathtaking

The Republic of Ingushetia is located in the south of Russia, and is characterized by its rich nature, and many ancient monuments. Among them are the extensive greenery, the Great Caucasus Mountains, the Dziraksky Strait. Beside the ancient Galgi Towers; relative to the ancestors of the indigenous people of Ingushetia, hot springs, and flowing fresh water all make tourism in Ingushetia a unique experience.

The nine towers are a memorial, and a museum located in Nazran was established in honor of the victims of the repression. It is considered one of the most important tourist places in the Republic of Ingushetia, and it is nine towers that reflect the history of the inhabitants of this country. 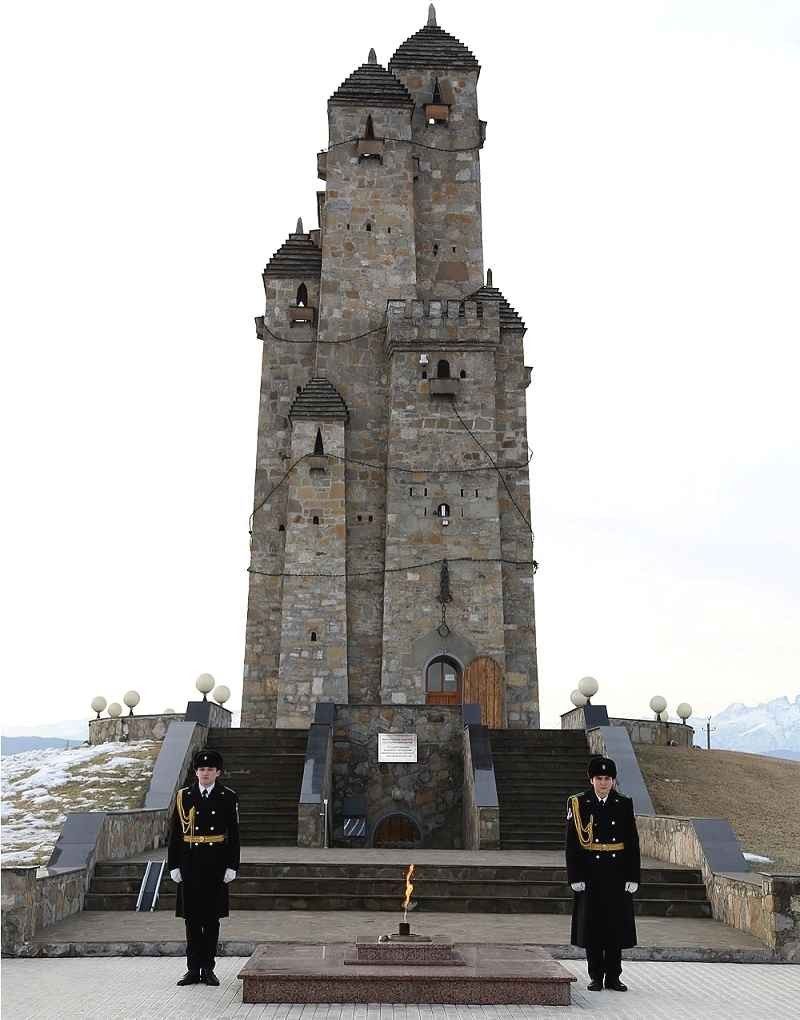 Thapa Yardi Church is located in the district of Dzeraksky, and it is the oldest church in Russia. It is also an important and distinctive effect that highlights the form of architecture between the eighth and ninth centuries. The Thaba Church has been a long-standing wonders; the main place of worship in the Ingushetia Mountains, where it was considered an important cultural and spiritual center. 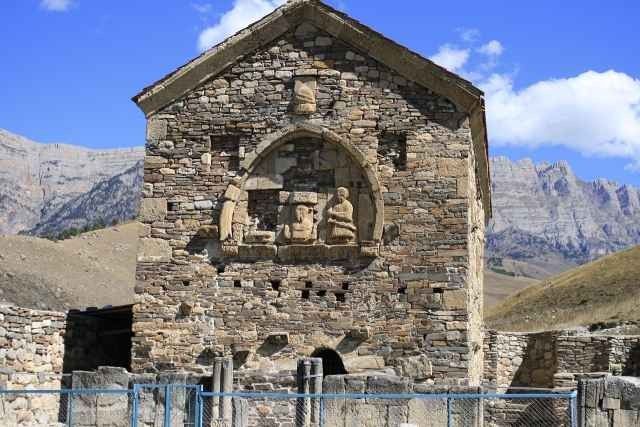 Thaba Yerdy Church Read also: Tourism in Tatarstan .. All you need to know to travel to Tatarstan

The Burgha Cache mausoleum is considered the newest Islamic monument in the Republic of Ingushetia, and it enjoys a huge turnout from the local population, and it is an ideal place to get acquainted with and mix with the culture, customs and traditions of this people. 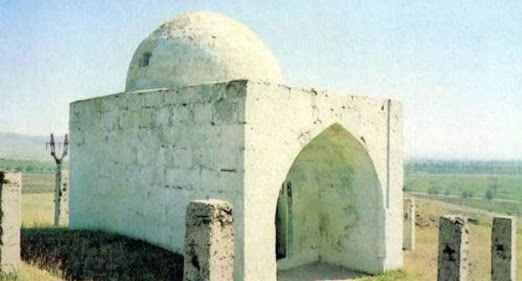 The Miasel sanctuary is located in a magical place in the middle of Mount Matt Lome, and is one of three places of worship on this mountain. This place gives you a feeling of comfort, safety, and freedom from the stresses and problems of life. So it is an ideal place if you want to be isolated and stay away from daily life. 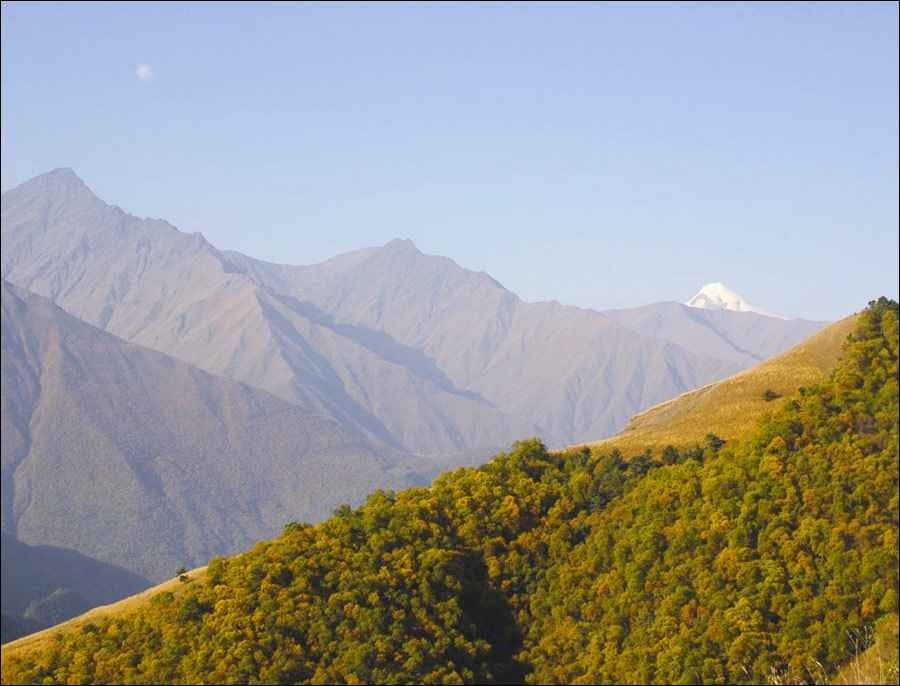 The village of Michel has a breathtaking nature, history, and ancient civilization as it includes a group of towers that are located at the top of Mount Matt Lome. These towers were the seat of government, cultural and economic center of the society of Gerach Michalsky, one of the people who lived in Ingushetia in the late Middle Ages. 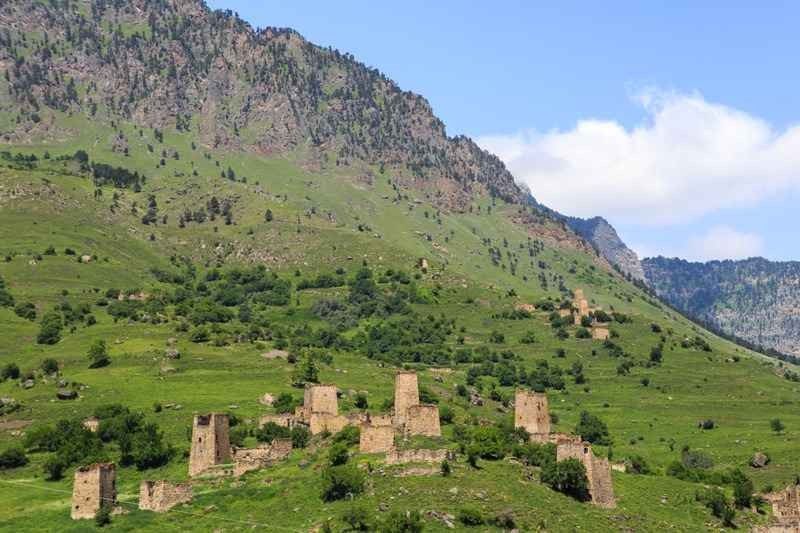 Another village carries great historical value, breathtaking beauty and breaths. The village of Izri contains a group of towers that range in length from twenty-five to thirty meters, and were home to the ancient inhabitants of the Ingushetia mountains. 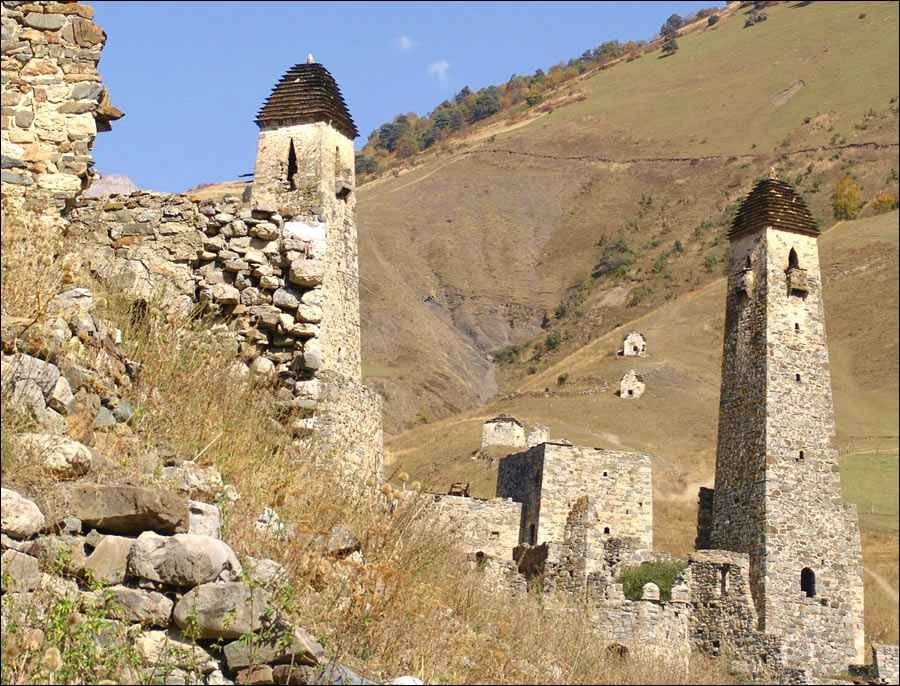 Vovnoshki Village contains a group of towers that were built in the sixteenth and seventeenth centuries, as well as a group of ancient buildings, including the Hirash Michalsky Museum, one of the most important symbols of tourism in Ingushetia. The museum includes a mountainous region containing; several ancient monuments, and a natural reserve that includes the Tarjemskaya Valley , Armakhri and Asa. 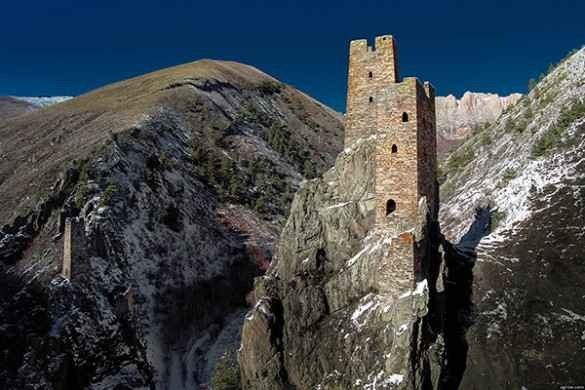