Ireland is a country that praises the beauty of its virgin nature, as Ireland is one of the most beautiful countries in the world and an ideal destination for tourists who enjoy the captivating natural scenes and who are interested in history.

In addition to the richness of Ireland in beautiful natural places, it abounds in many archaeological and historical sites, as this appears in the large number of castles, museums, etc. This is why this country is one of the places that cater to all tastes of tourism.

Before traveling to Ireland

If you intend to travel to Ireland, you must obtain an Ireland tourist visa by visiting the official website click here To submit the application then review the Irish representation in your country, whether consulate or embassy, ​​and visa authorizes you to travel to Ireland for a period not exceeding 90 days.

The official currency in Ireland is the Euro, the official language is Irish, then the English language, and the Irish people are known to be hospitable and love their visitors.

The cost of tourism in Ireland is suitable for all segments, whether you have a good budget or a limited budget, where you can find hotels that suit your needs and requirements.

With regard to transportation, we advise you to use public transportation as it is highly efficient, for example, trains, and its cost is lower.

What are the best times to travel to Ireland?

The months of July and August are best suited to visit Ireland, where the temperatures are appropriate and the days are longer. Traveling to Ireland during the spring and autumn seasons can be appropriate and enjoyable as well.

How long is tourism in Ireland?

Traveling to Ireland and visiting the most important tourist places may require a week at most.

Let us now know the most beautiful tourist destinations in Ireland, namely:

Dublin is the capital of Ireland, located at the mouth of the River Levy, and is considered one of the most important tourist areas in Ireland, as it is full of tourist places that are worth a visit, such as historical castles, parks, and others.

The most important places of tourism in Ireland Dublin

On this tab we collected for you the most important tourist places in Ireland Dublin that we recommend visiting .. Read more 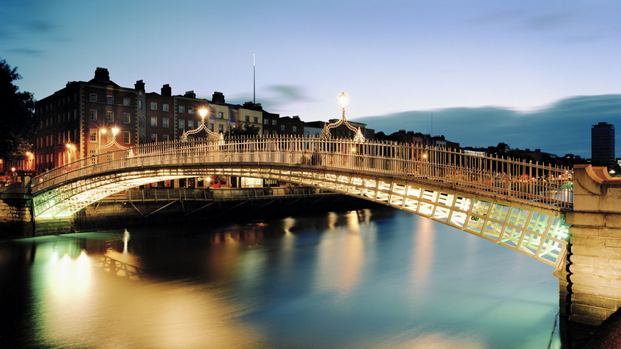 Killarney National Park is the first national park established in 1932 and is one of the most beautiful tourist places in Ireland.

It covers a wide area of ​​diverse environmental terrain, including lakes, forests, and mountains and includes a diverse range of animals that includes very rare species.

The park is known to contain the longest mountain ranges in Ireland and hosts a historic castle dating back to the fifteenth century .. Read more 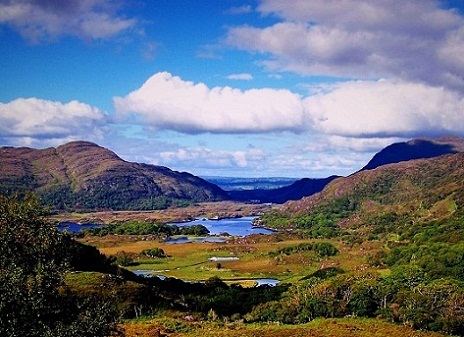 Mohair slopes are considered one of the most beautiful tourist places in Ireland, located in the west of the country. This region has enchanting natural scenery that ends with a slope that reaches in some areas more than 650 feet and reaches the Atlantic Ocean.

The slopes extend approximately 5 miles along the Atlantic coast in Clare County, Ireland. 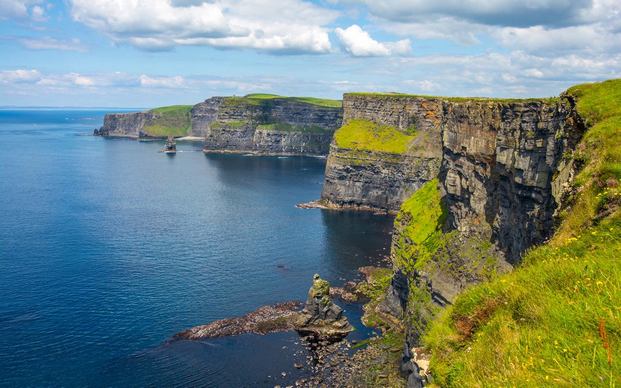 Giant’s Causeway Pass is located on the northern coast of Ireland below the rocky slopes, which are formations of basalt rocks attached to each other in a similar way to the steps of the ladder. It was called the Giants Pass due to its shape and some legends that say that the Giants used this pass to cross the sea to Scotland.

The site is very popular with tourists as one of the tourist places in Ireland. It was classified by UNESCO as a World Heritage Site in 1986. 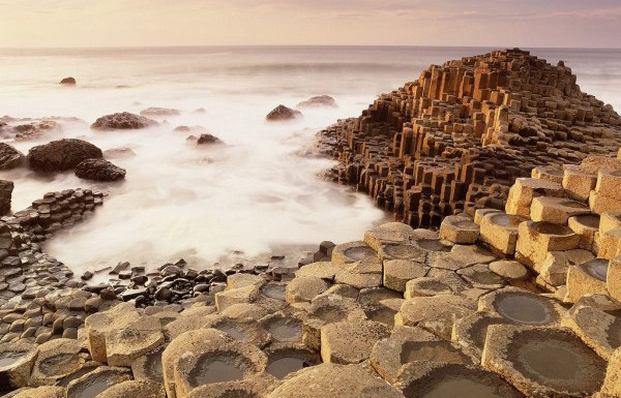 Ring of Kerry, also known as the Evera Peninsula, is an area in southwest Ireland in Kerry County that runs in a circular length of 179 km.

It is considered one of the most beautiful places of tourism in Ireland and attracts many visitors to enjoy the natural scenes that are unrivaled in other parts of the world and the most important attractions in the region are Ross Castle, Killarney National Park, Turk Waterfalls, Blue Lake and others. 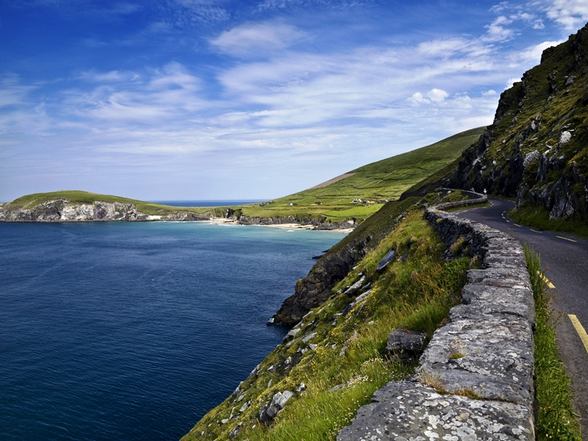