The city of Lucca is an ancient Italian city dating back to 180 BC, it is located in the province of Tuscany on the western coast of Italy, and Lucca is famous as one of the most famous historical tourist destinations, and it is also famous for being home to large numbers of churches and historical religious buildings, so that it It became known as the City of the Hundred Churches, and Lucca is also famous for its impressive historical medieval walls, which still encircle most parts of the city that also contain many other tourist attractions, including an impressive array of museums and public squares alongside the complex. A bunch of restaurants.

Here are some of the most famous tourist attractions in Lucca, Italy:

The Lucca Cathedral, which dates back to the eleventh century, is located in the Old Town district of Lucca and is famous for its impressive exterior design, especially its luxurious front facade and its doors decorated with decorations, and the cathedral is characterized by its beautiful white walls and huge bell tower.

One of the most famous public squares in Lucca, Piazza del Anvieteiro Square, which was in the past a Roman amphitheater is characterized by its design that reflects its history as a huge Roman amphitheater, despite the demolition of the original structure of the amphitheater several centuries ago, and surrounded the square a wonderful set of buildings that border the square in the same way Distinguished for the plaza, and these buildings are characterized by varying heights and colors, the plaza is also home to a wonderful group of restaurants and cafes, which makes this plaza a favorite destination for tourists.

The historic walls in Lucca are definitely one of the most famous historical monuments, and they surround the center of the old town area of ​​Lucca. The historical walls in Lucca are one of the most famous and best fortified structures in Italy, and their construction dates back to the Renaissance, and was built so that it is a strong defense network around The city, currently the historic walls of Lucca still retain most of its original design and are characterized by containing 11 protected areas that include a fortified castle, and also contains a group of long paths that extend for several kilometers, which are bordered by trees and interspersed with beautiful green gardens.

Lucca Botanical Garden is located in the southeastern end of the old historic town area, and this historical park is known as one of the most beautiful natural destinations in the city, especially since parts of the park cover two fortified areas in the city’s historic walls area, this park was founded in 1820 At the hands of the Duchess of Parma, the garden is famous for its impressive variety of plants that includes different types of trees, flowers and herbaceous plants distributed over the different sections of the garden.

Lucca includes many interesting historical towers, but the most famous and interesting of all is the Goniji tower which is famous for its distinctive design and the wonderful flat garden that is at the top of the tower, and the history of the construction of this tower dates back to the fourteenth century AD, and is often described as one of Lucca’s best architectural examples of Roman / Gothic architecture The tower is distinguished by its striking exterior structure, made of exposed brick and is adorned with a series of arched windows.

Napoleon Square is another popular public square in Lucca worth visiting, and it is a short distance from the public square of Del Anviatiatro. Napoleon Square is famous for being the home of a wonderful group of historical buildings, including the Ducale Palace, which is located in the left part of the square, and is characterized by its facade The impressive front end, and in front of the palace you will find a stunning white statue decorated with motifs for Maria Luisa of Parma bordered by green trees. 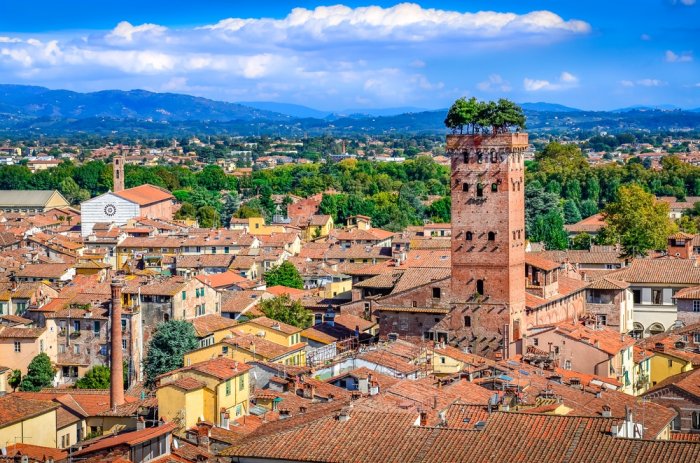 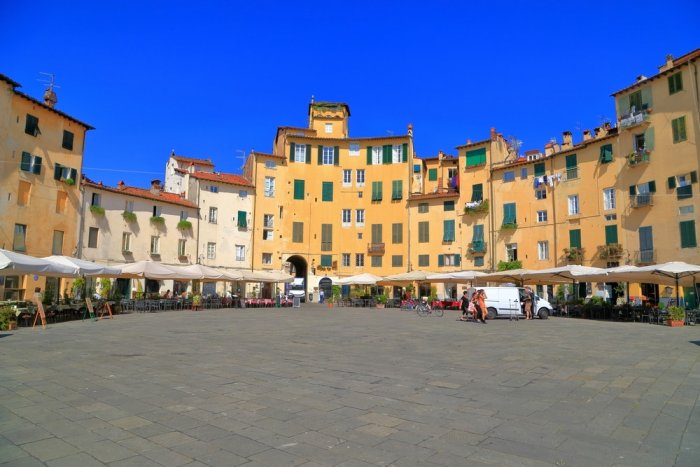 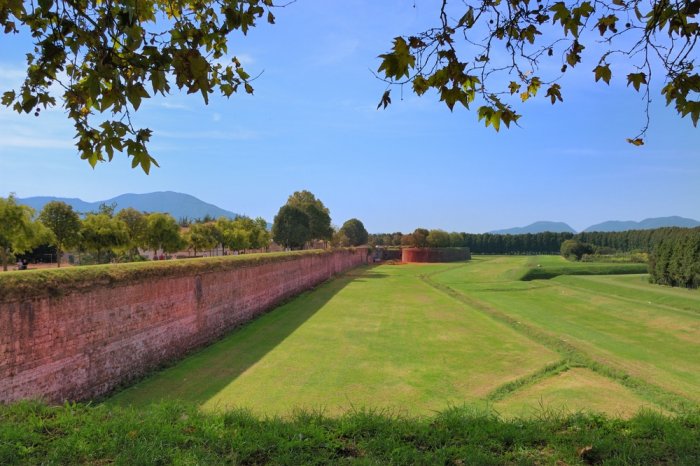 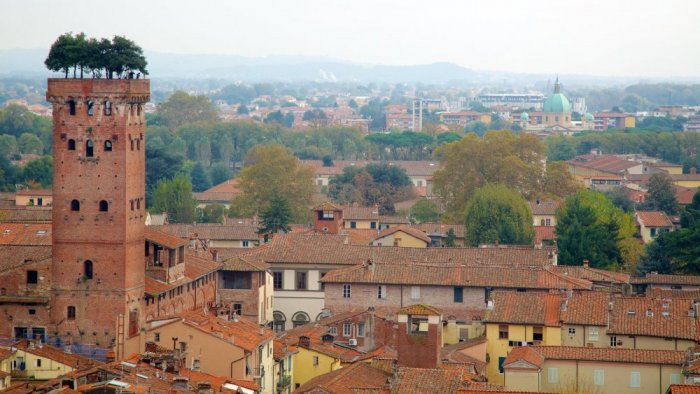 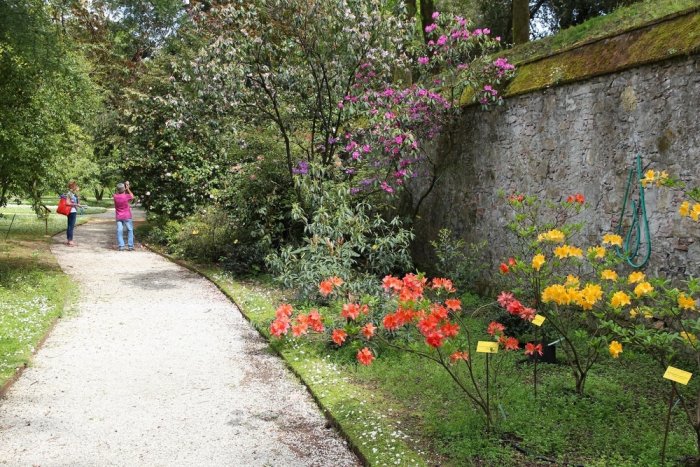 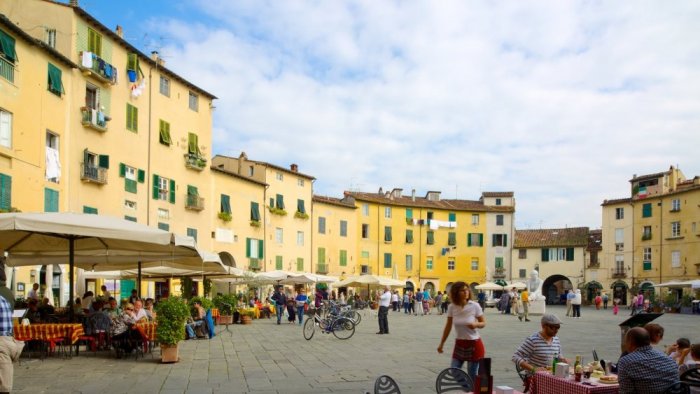 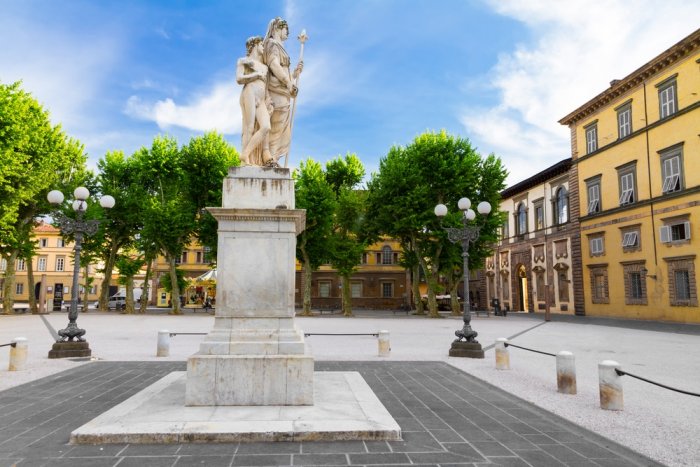 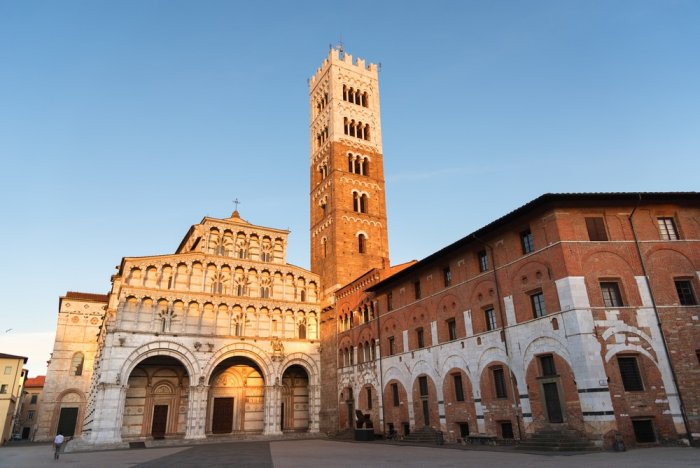 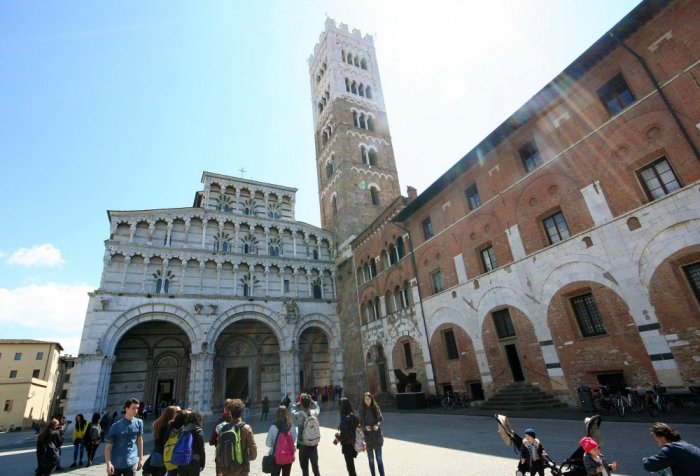