Kyoto Japan is one of the most famous Japanese cities, which still retains its picturesque nature and culture that extends up to ancient times and its ancient heritage buildings. It passes through the Kamo River and the Katsura River, and it is expected that you will learn about this topic on the most important tourist attractions in Kyoto.

The Emperor Kamo founded the city of Kyoto Japan and called it “Heiyan Kyo”, and was known as the capital of peace to keep away from the wars that Japan went through, the emperor decided to build it in order to move away from his enemies and opponents, and specialized in Kyoto that it was designed according to the Chinese capital where its streets were designed directed to the four directions. Onen Wars The most periods in which Kyoto suffered due to the transfer of Samurai battles to the streets and the participation of religious and noble factions resulted in burning several buildings in the city. Its nuclear World War II after modifying the plans of the United States for the bombing.

Tourism in Kyoto koyoto – History of Kyoto Japan Read also: The cost of tourism in Japan ..

Kyoto Japan has more than two thousand historical and religious monuments; diverse among palaces, Shinto shrines and temples, and Kinkaku-ji or the Golden Pavilion is the most famous of these monuments, followed by Ginkaku-ji or the Silver Pavilion, along with Nijo Palace, Katsura City and the ancient University of Kyoto which has been established since 1897 AD, and Kyoto is one of the most important tourist cities in Japan, and UNESCO has included seventeen monuments in the city on the list of World Heritage, and has about 20% of Japan’s historical treasures. Come up with It mainly extends to tourism to shape its economy due to its cultural heritage, so that it has been chosen as the second most beautiful city in Japan. The following are the most important tourist places in Kyoto.

You find in Kyoto one of the most important and greatest monuments of Japan and it is the imperial palace, and it contains many antiques and imperial furniture in old style in Japan in addition to the decorative pieces and engraved with antique Japanese drawings, so do not miss the opportunity to visit him while traveling to Kyoto.

Gion Street or neighborhood is one of the oldest and oldest tourist places in Kyoto, because the houses and houses in it are still preserved in its old heritage condition, and there visitors feel the Japanese atmosphere that you see with old and historical films of Japan, and the street finds a number of antique wooden huts and old cafes since the 19th century that you can Sit on it.

Close to Kyoto is one of the ancient Japanese castles that still remains until now.It is a 275-kilo Nijo Castle, with the Ninemuro Palace with beautiful gardens and well-built buildings, which is one of the most beautiful places of tourism in Kyoto do not forget to visit. 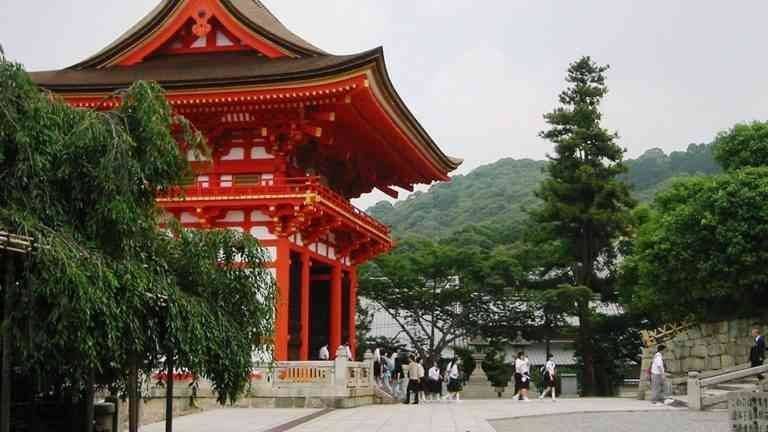 The Nishiki Market in Kyoto attracts many visitors as it is the Kyoto cuisine as it is called by the local people and it is one of the most important tourist attractions in Kyoto; Japanese delicacies. 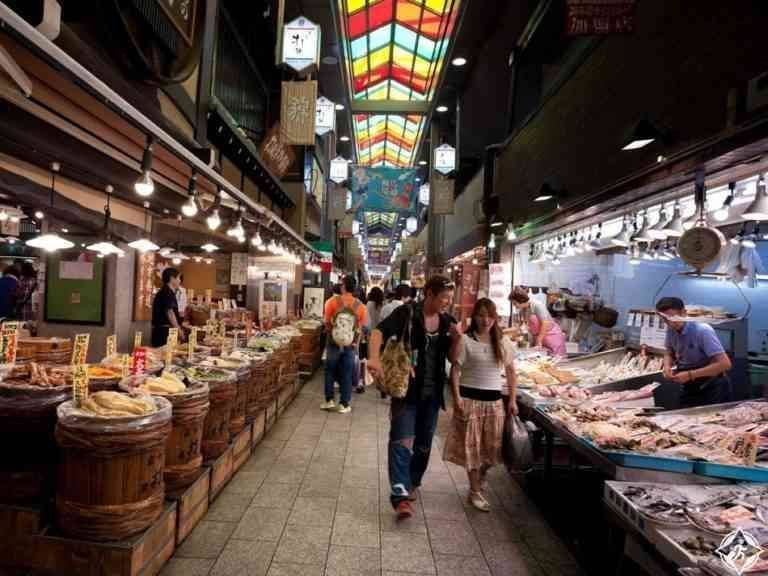 The Kyoto Tower was designed in the form of a Japanese white candle with the aim of lighting the city, especially since it is the tallest building in it. Its height reaches 131 meters, and from its top you can see the whole city. 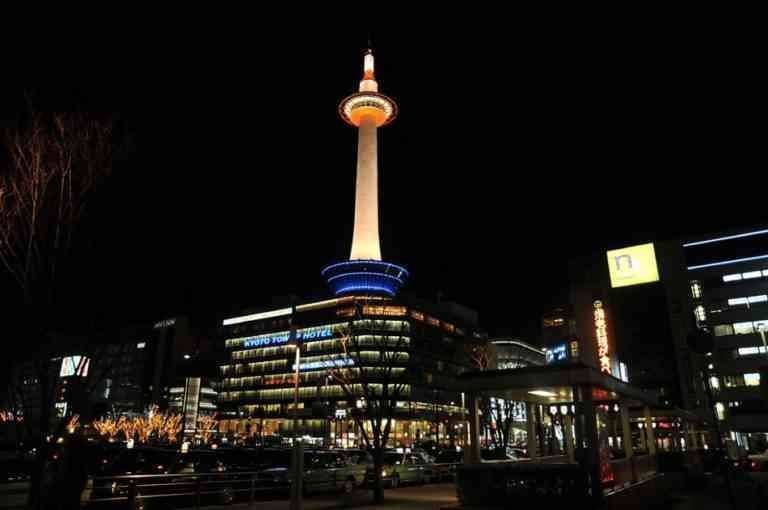 The giant aquarium is considered one of the most important tourist places in Kyoto and it also attracts the locals for their strong love for marine creatures, and the aquarium opens its doors for visitors from 9 am to 5 pm, at a ticket price starting from 1000 yen for young people and 2050 yen for adults, and offers at Kyoto Aquarium many interactive shows The beard is suitable for all ages. 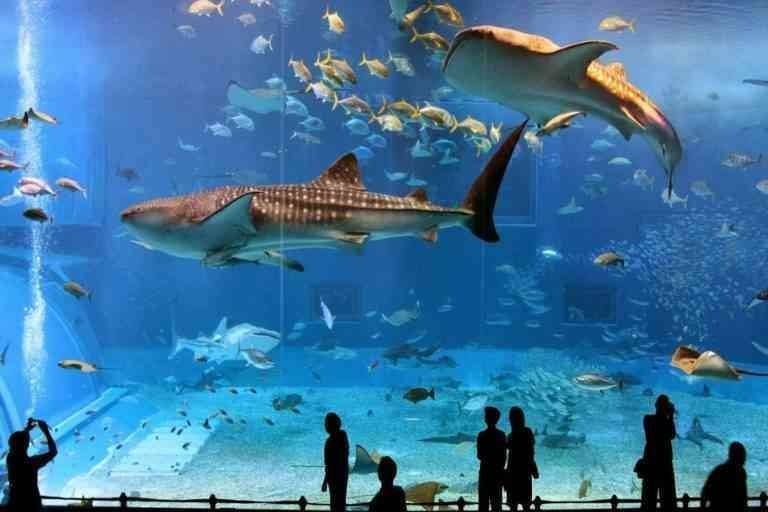 It is located on the outskirts of the city and one of the best tourist attractions in Kyoto is the bamboo garden or the famous botanical garden, and it was famous for this name because it contains the long bamboo sticks used in the construction of old Japanese homes and their boats and huts and the garden provides visitors with the opportunity to walk among these sticks along with many Japanese plants. 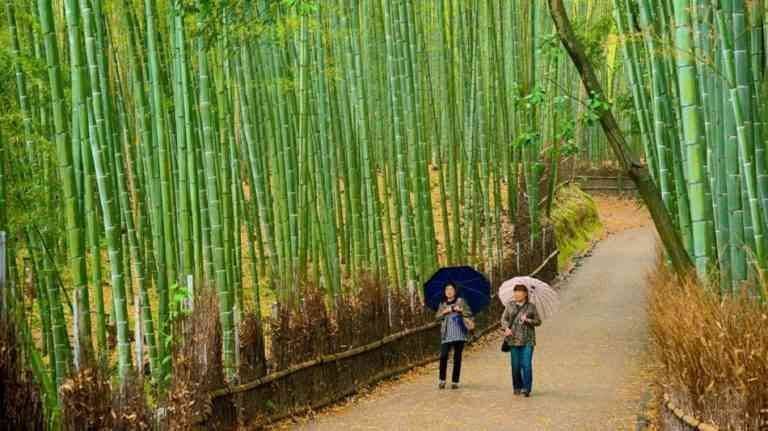 Tourism in Kyoto, koyoto – the botanical garden, as well as markets and parks, there are several unforgettable museums to visit when traveling to Kyoto

The National Museum in Kyoto attracts millions of visitors from all over the world annually due to the fact that it contains about 12 thousand art and antiquities, and the museum is divided into 3 sections; the first is a section of handicrafts and it has a variety of metal artifacts and ceramic pots and ivory pots, the second; a section of artistic monuments which is the section Dedicated to ancient and third historical artifacts; an art department that contains a number of statues, paintings, and sculptures, which has qualified it to become the best tourist attraction in Kyoto.

Manga fans from all over the world accept Kyoto, especially its museum dedicated to manga art, which is one of the Japanese cartoon-like types, and was opened in November 2006 AD, and it contains about 300 thousand books of anime and manga stories, some dating back to the nineteenth century and considered for manga fans Best tourist places in Kyoto. 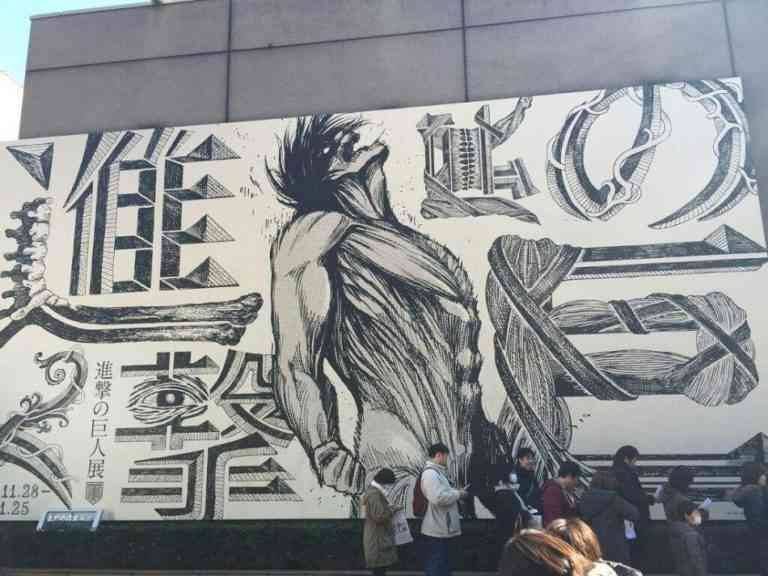 Kyoto is famous for artistic and handmade products and it is displayed in a museum dedicated to it and has an exhibition that enables visitors to buy souvenirs and distinctive artifacts, whether they are wooden models, paintings or ceramic dishes of an authentic Japanese character.

Tourism in Montreal .. And your guide to get to know the most beautiful tourist places in Montreal

Tourism in Ukraine .. and the most beautiful tourist destinations that ensure you spend a special trip