Tourism in Livorno, Italy … and the best 12 tourist places

Although Livorno is not a popular tourist destination, it is one of the most important cities in Italy, given that it is an important economic center because of its port, which is the third largest port in the country. It contains a number of important historical buildings such as towers, forts, and walls that contributed to the defense of the city while Went on. It mixes the unique old part, and the modern part, which makes it a wonderful tourist destination.

One of the best tourist attractions in Livorno was founded in the late mid-1500’s and is an ancient fortress that was built in the past to protect the city from its invaders. Its design reflects the five-sided shape, with a set of holes all surrounded by a canal on all sides. The fort is also surrounded by many ancient walls used for defense, along with rifle niches and weapons. In the center of Fortezza Nova is a picturesque park, which you can stroll among other places. 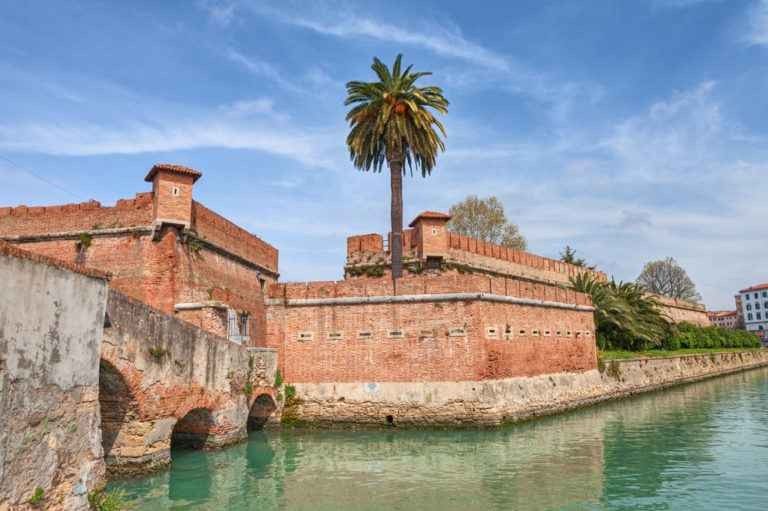 It is considered one of the busiest places in Livorno, as it is considered one of Italy’s most productive ports. It extends from the quiet port of the city’s coast, to the open water channel that finally joins the Arno River. The port of Livorno blends the commercial life of cargo ships, and the recreational life where the enjoyable cruises that always settle in the city. This allows you to enjoy the wonderful atmosphere of the city, in addition To see a huge diversity of cultures, as well as learn about how life works in Europe’s ports. 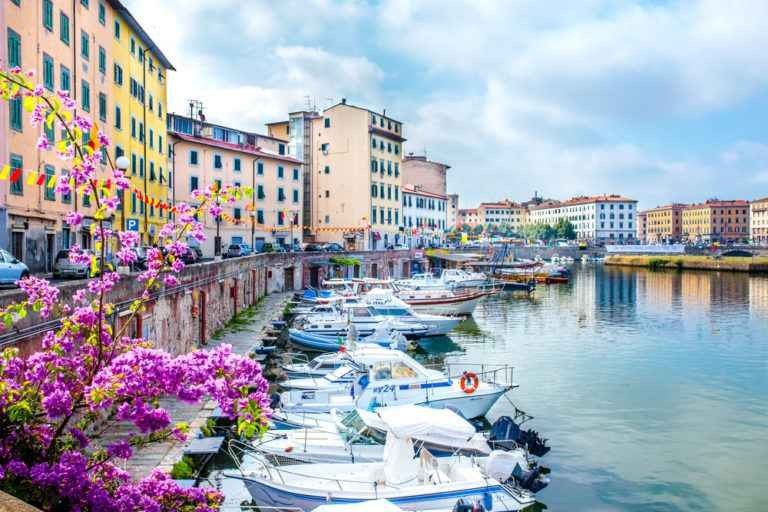 The area around Fortezza Nova is known as Nova Venice, one of the best places to visit in Livorno. Meaning in Arabic New Venice, and a huge water channel where you can ride a romantic boat and enjoy the beauty of the area, especially at night. This is next to many streets that you can walk around, to discover many aspects of the hidden city. 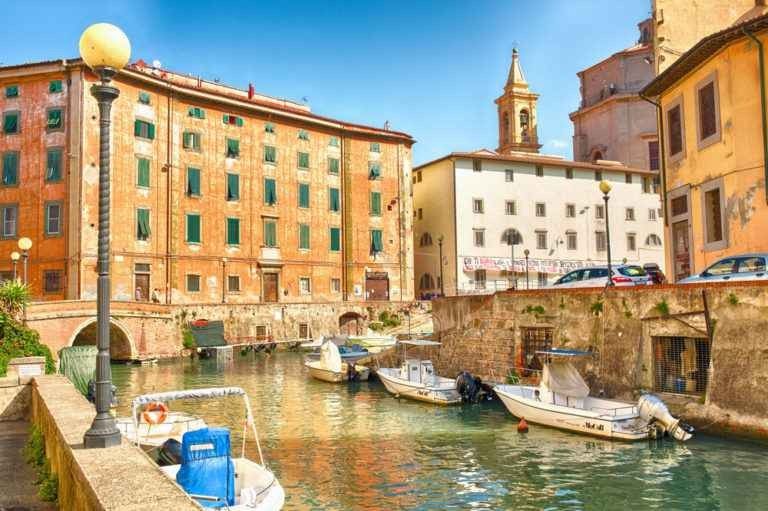 Via Grande is one of the most important places of tourism in Livorno, it extends close to the port to Piazza della Repubblica. You find many shops and restaurants, in addition to many buildings and important squares. At the western end you find the famous Four Moors Monument, located in Pisa Grande which contains the San Francisco Cathedral. Given that it is located in the middle of the city, it is a good start for a tour that includes a large side From Livorno city center. 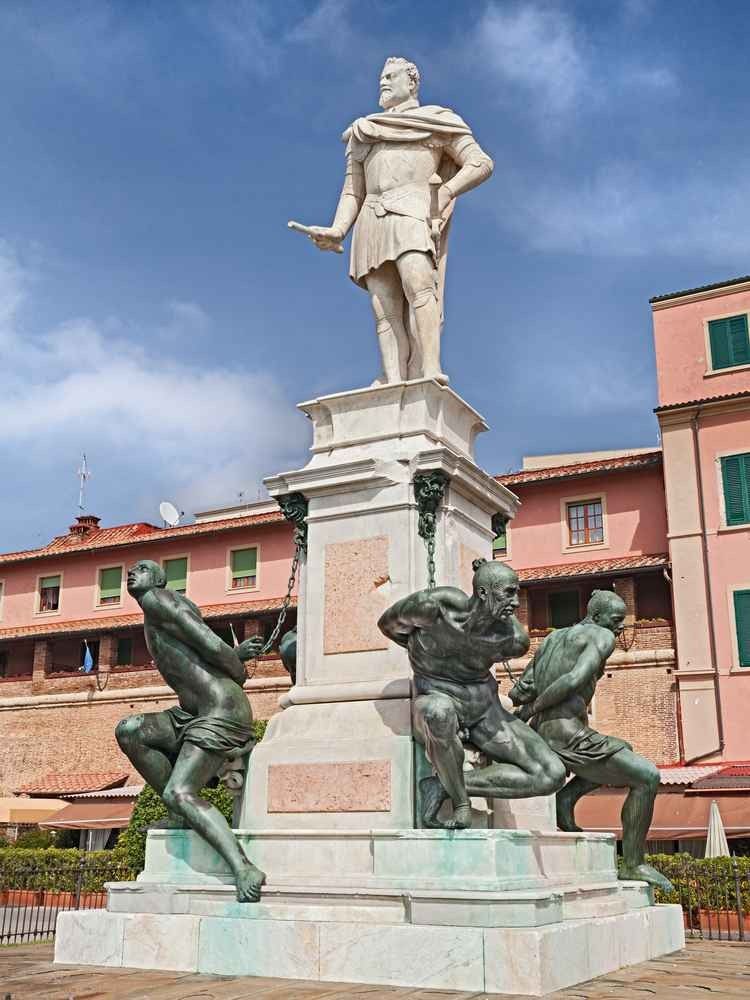 Because it is a coastal city that includes many destinations overlooking the waterfront, including the Maskani Terrace, which is located among the best tourism places in Livorno. A destination favored by many tourists and locals as well, and is located south of the port’s commercial area. It overlooks the sea directly, and includes a walk area decorated with stones and trees that gives you shade. It is also a wonderful romantic destination where; you can enjoy a scenic view especially at sunset, and stroll during the evening to enjoy the city’s refreshing atmosphere. 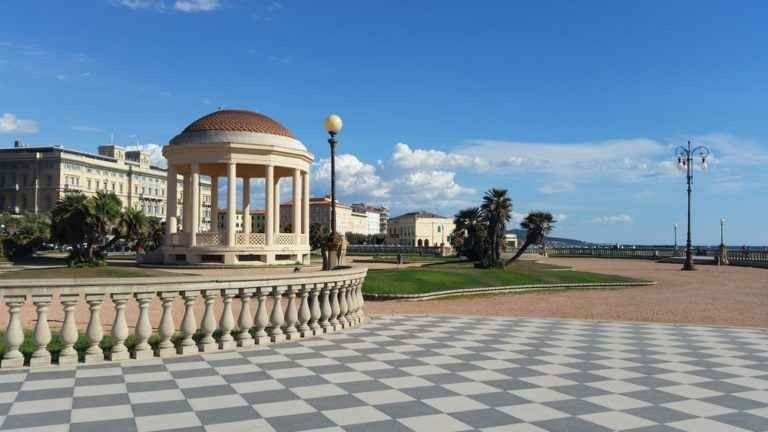 Via Italy is one of the most beautiful places of tourism in Livorno, where it allows you to see many scenic seascapes, besides sitting in the wonderful coastal atmosphere in mild weather. It extends from the port to Bartolini Park; a destination full of many wonderful places, which includes an important aspect of architecture The city. The port of Ardenza is among the best of these places, where you can enjoy watching the small fishing boats, and natural spaces. You can also have a delicious Italian meal at one of the restaurants and bars that fill the area. 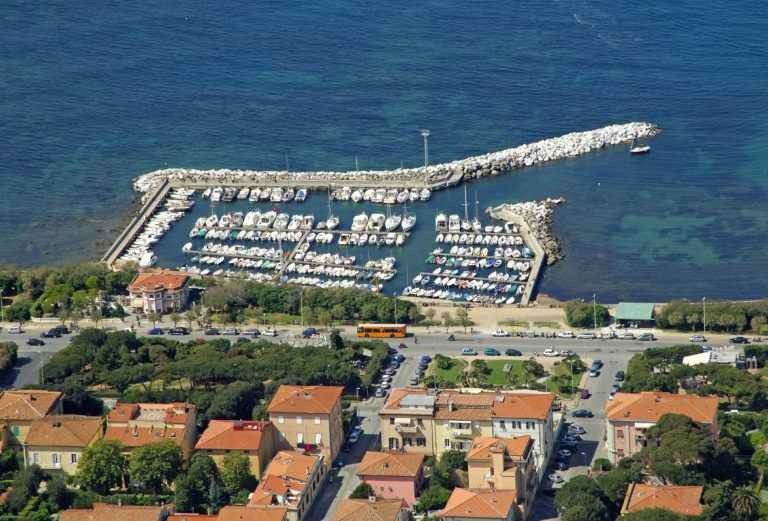 If you are looking for a destination that allows you to live as one of the local city residents, then the central market is one of the tourist places in Livorno that gives you that. A huge building located in Scale Aurelio Stavi, it stands out among a number of buildings surrounding it. The market is full of stalls and small shops. There are more than two hundred kiosks, thirty-four small stores that sell anything from meat to cheese, bread, dairy products, etc. The smell of the place and its shape will make you want to stay in it without getting out of it. There is also an outside area where you can buy clothes, accessories, and other local products. 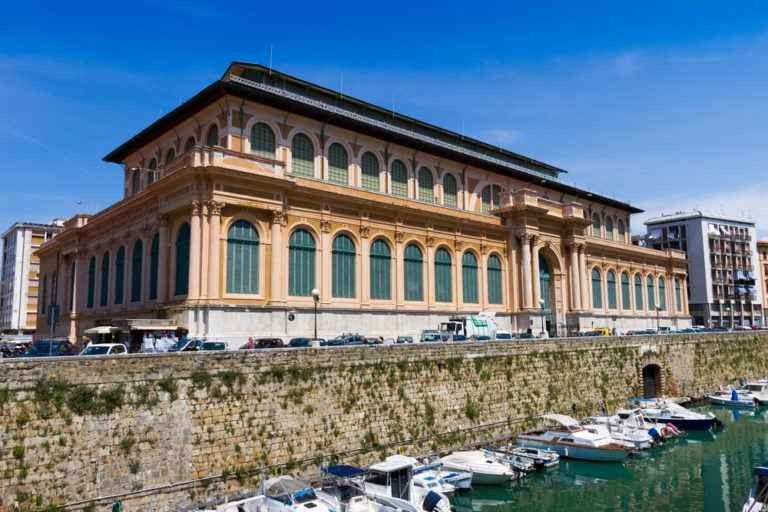 The city includes many amazing historical fields, among them; Piazza della Republica is one of the most important tourist attractions in Livorno. It is located on the edge of the Fortezza Nova canal, parallel to Via Giuseppe Garibaldi. It is oval designed with two marble statues at its edges, surrounded by a number of buildings with an elegant style and colors. You can find a number of galleries in it, beside restaurants and places to sit. It is a good destination to learn about the culture of this country, and to relax a little out of the crowd. 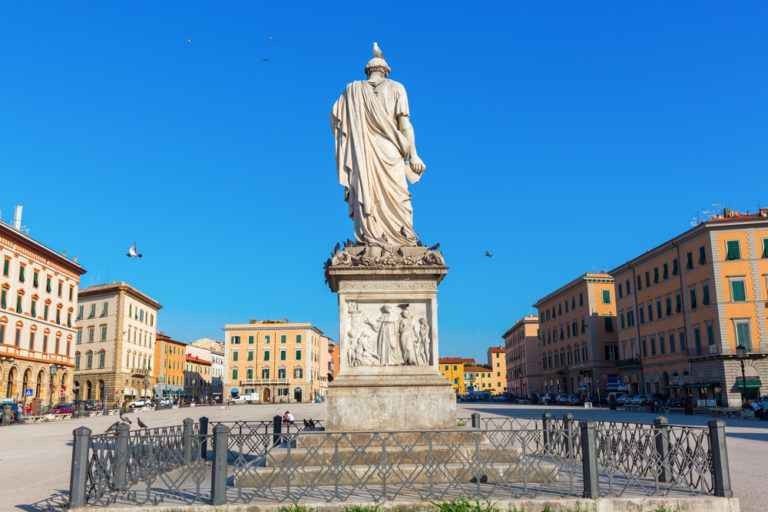 A must-visit destination when traveling to Livorno, it is located in the historic Villa Membele, surrounded by a number of picturesque gardens. The Civil Museum opened in 1994 and includes a rich collection of artworks and artifacts. It extends over three floors and contains distinguished works by famous artists, including Giovanni Fottori. It reflects the forms of art and the different styles of painting over hundreds of years, making it a popular destination for anyone who loves art. 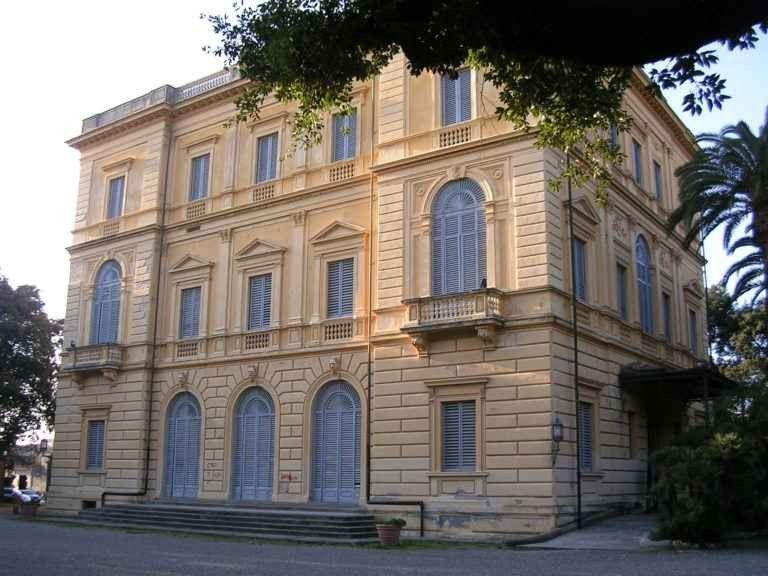 The Meloria Islands are located about six kilometers from the port of the city, but it is one of the tourist places in Livorno that is definitely worth a visit, so if you have enough time during your trip do not miss to go to it. It is a series of rocky islands, which is a great place to swim, dive and relax It also includes a number of interesting buildings. It is divided into two islands; the south island contains a modern lighthouse, and the north island includes; a tower established in 1500. You can rent a boat from the port of Livorno, to go to the two islands. 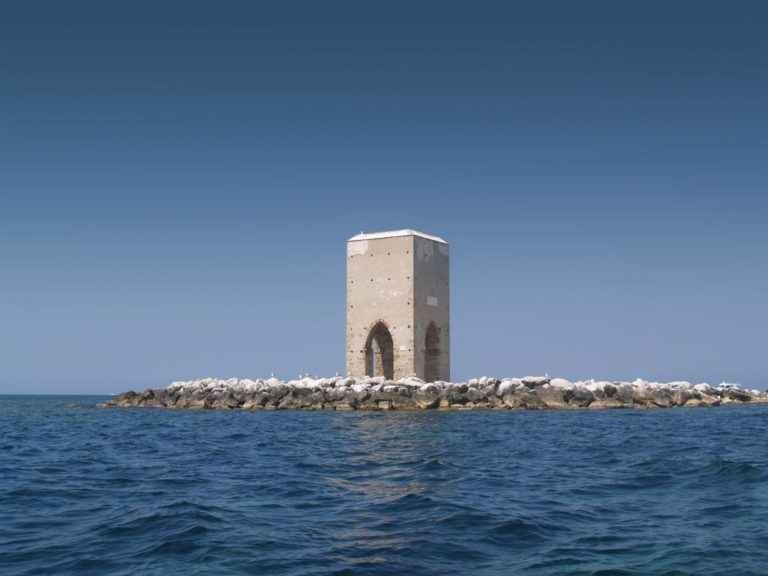 The city contains many churches of beautiful architecture, and the church of San Ferdinando is considered one of the most important tourist places in Livorno because of its fame and distinctive architecture in the Baroque style. It is located in Via della Venezia near the port, and New Venice. Its exterior looks incomplete, and its interior perfectly reflects the style of the Baroque architecture. 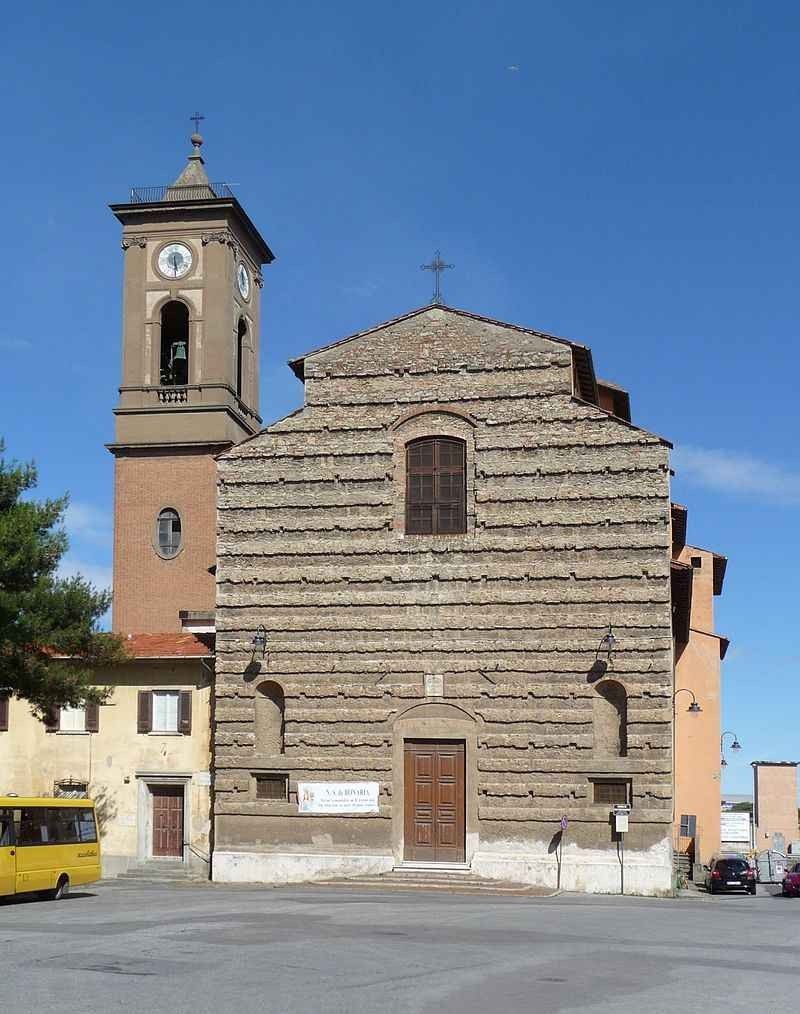 A final destination to visit when traveling to Livorno is located on its southern side, in a small town called Montenaro, on top of the hill. This railway has been in operation for hundreds of years, and stretches for five hundred meters. The railway connects to the sanctuary of Our Lady of Grace, one of the religious buildings that has enchanting architecture and views of the area. The city also contains a number of restaurants, bars, and shopping stalls. It is considered an escape route for a number of tourists, to relax and enjoy part of their vacation away from the busy tourist destinations. 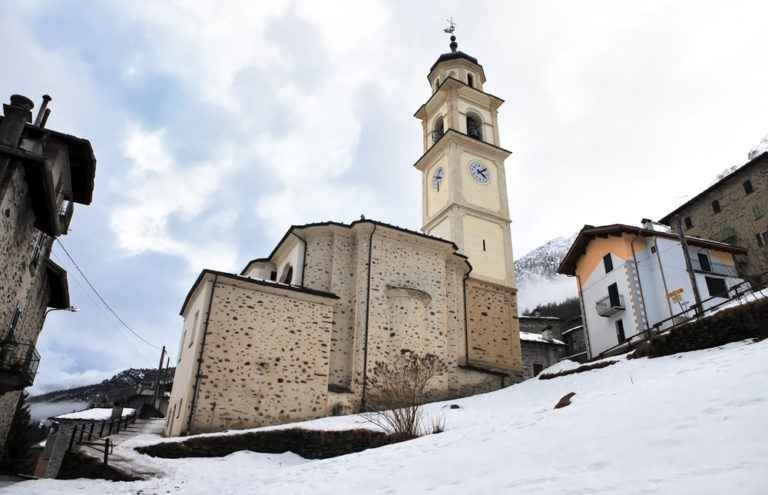 What is the capital of Ecuador

What is the capital of the state of Kentucky